Hey, You’re Fired, Old Man,’ Manager Tells Janitor, Not Knowing He’ll Be Her Boss the Next Day – Story of the Day

Nia was a hardworking woman, but her most recent promotion at the store changed her into an aggressive, impatient boss. She got away with it until she chose to insult and fire the old janitor.

It had only been a week since Nia’s big promotion, and she still couldn’t believe it. She was now the general manager of one of the outlets of a fashion retail giant.

Years before she got the promotion, Nia had filled up a binder with ideas on how she would improve the store if she ever got the chance. This morning, the binder sat proudly on her desk as Nia addressed the staff shortly before the shutters went up.

“Alright, guys. Is everyone clear on the new protocols we’re going to follow?” she asked.

The staff replied in nods, kind smiles, and a few gentle yeses. 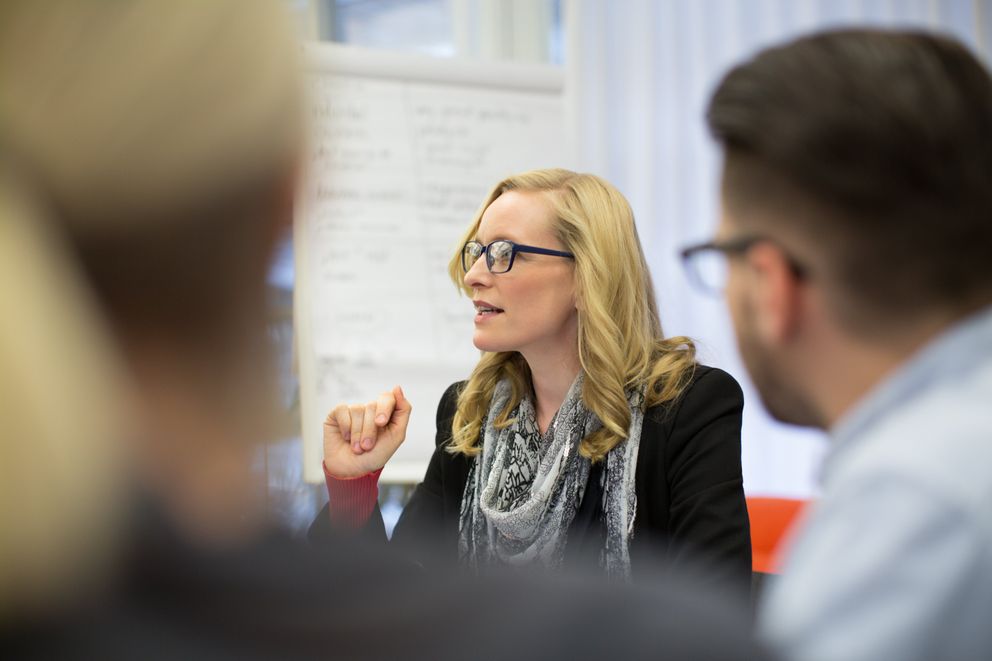 “I don’t want anybody to be lax or deviate from my new guidelines. To ensure that, here’s what we’re going to do.

“Anybody who fails to follow the new rules – whether it is about uniform, customer greetings, display arrangements – will lose their incentive for this month.”

Nia looked at the faces turn serious and grinned proudly at her own idea.

The staff, however, were utterly shaken by such a drastic decision. They couldn’t work knowing that any small mistake, conscious or unaware, would cost them the money that paid most of their bills.

The men and women looked at each other in shock, wondering if they should try to reason with Nia.

Let success get to your head, and it will bring you down on your knees.

Even though the woman had changed a lot in the past week, every employee in the store was happy for Nia. They all knew how hard she had worked for it for the last three years. They all knew how passionate she was about this industry. And they were happy that someone who started as an intern on the floor had risen to such heights.

However, Nia’s newfound boldness was doing more damage than good for the store and the people who worked there.

Since day one on the new post, she had been changing things, setting unrealistically high expectations from people she knew were hardworking, and reacting to the smallest mistakes with excessive anger and impatience. 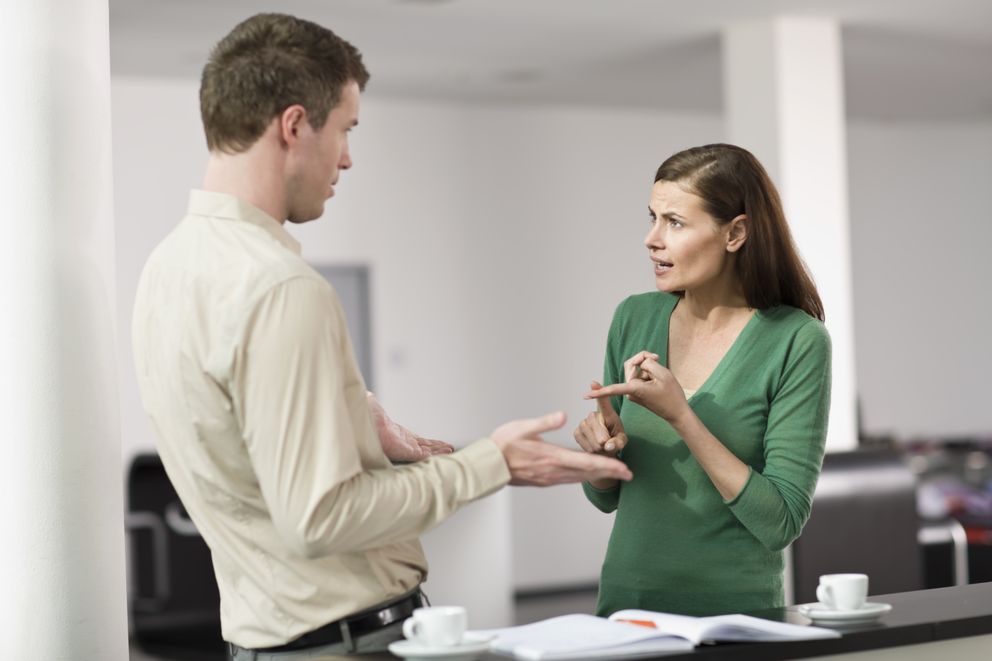 But knowing the younger Nia, who had dreamed of this job, no one in the team had the heart to tell her she was terrible at it.

Except today, when the most unexpected person from the group spoke up.

“Nia, child, I’ve got something to say,” Victor raised his shaky hand and smiled.

Nia reluctantly turned to him. She was in no mood to take feedback or suggestions from the 68-year-old janitor of the store.

“Firstly, let me tell you that we’re all very happy to help you with your vision for the store, Nia,” Victor said, bringing a smile to the lady’s face. “But I think this new challenge will make us work in fear. None of us wants to lose our incentive, and maybe we could find a way to let go of the small mistakes—”

Nia had tuned out from Victor’s suggestions and couldn’t stop imagining what the others on the team were thinking as they nodded in agreement with the old man.

“I can’t let Victor talk to me like he’s on my level. I don’t want to send that message to the others here,” Nia thought.

“Victor, that’s enough!” she blurted, much to everyone’s shock.

“How about we fix our own mistakes before throwing suggestions around, huh, Victor? Do you think I haven’t been noticing how late you arrive to work every day? Or how long your lunch breaks are? You may have been allowed all that in the past, but not anymore. From now on, as per my rules, you need to—”

“Nia, there’s a reason why I’ve been coming later than the others…” 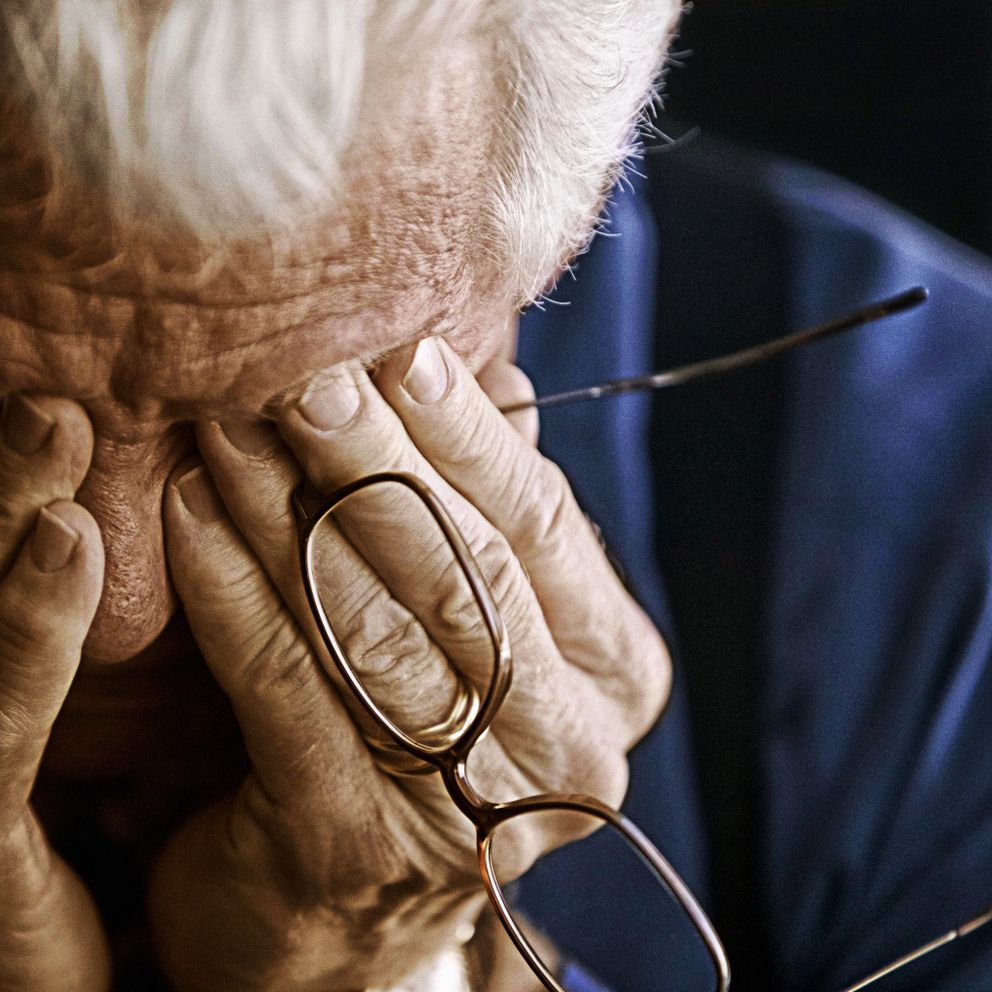 Nia couldn’t believe that the old man had interrupted her again. Looking at the other employees stare at her, anticipating her reaction, she decided to put her foot down and set an example once and for all.

“I don’t care about the reason! And you weren’t given permission to interrupt me, were you?”

Victor froze in disbelief, as he had never been on the receiving end of Nia’s anger or insults before.

“Let this be an example, folks,” Nia said. “Anyone who makes excuses on my watch will be fired. Just like Victor here is about to be!” she declared.

Victor’s face went pale, and he was prepared to beg for his job back.

“That’s right. Hey! You’re fired, old man! Thank you for all those years. But I don’t see you fit to work here anymore. Leave, please!” Nia sounded almost jubilant as she laid the old man off.

Realizing that nothing could change Nia’s mind, Victor quietly walked out of the store as the staff watched him go, shocked and with tears in their eyes.

That may have been the end of Victor’s job as a janitor at the store. Still, something unimaginably bigger was about to come his way the following day. 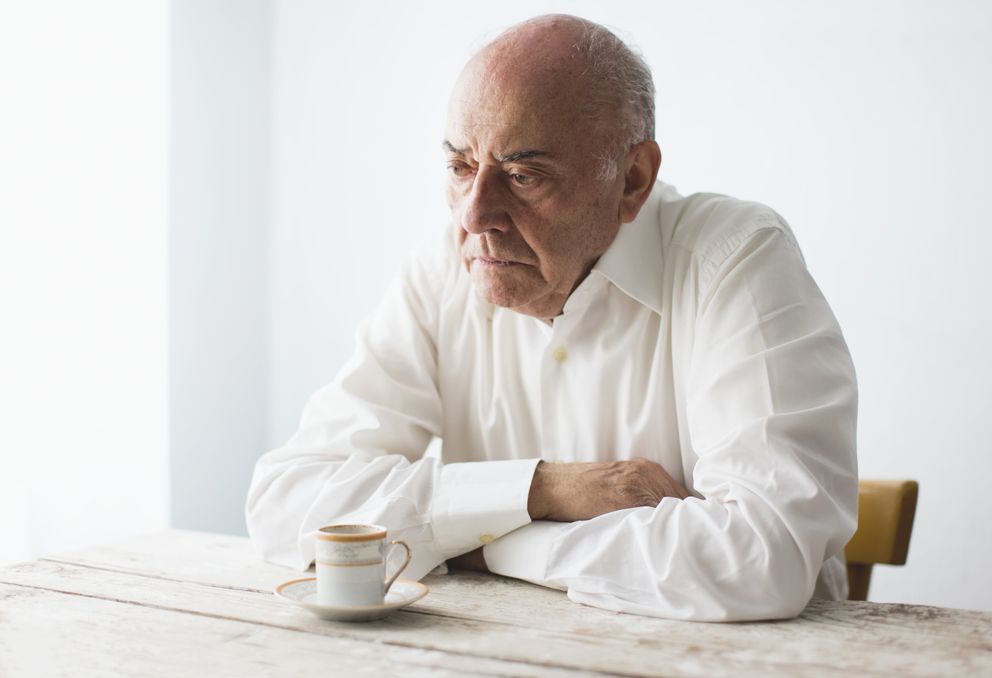 Mr. Gordon, the owner of the multi-million-dollar store chain, frowned and abandoned his cup of morning coffee when he heard of Victor’s dismissal.

“She did WHAT?” The boss couldn’t believe how harsh Nia had been with the elderly janitor.

Nia was new and didn’t know Victor was the first person to ever be appointed to the company. He was an irreplaceable part of the company’s citywide success.

And there was no way Mr. Gordon would let someone insult a man who was like a godfather to the business.

“Call him in…” he asked. Turns out Victor was waiting patiently outside, hoping to tell his side of the story. “…and call a quick board meeting! NOW!”

An hour later, Nia was telling off another experienced staffer when a voice from behind called out to her.

“Nia? I heard about how you dismissed Victor earlier today. Well, if you’re not too busy, I wanted to introduce you to the new regional manager, someone you will report to.”

Nina was excited to see the sophisticated young man or woman who was going to walk in through the glass doors. 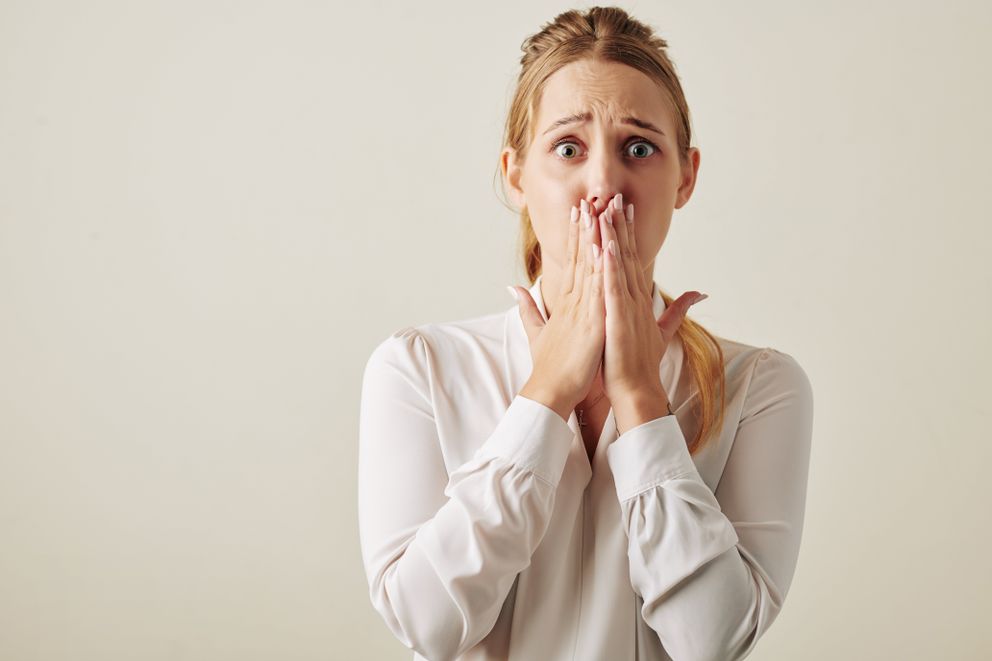 It was indeed Victor. The same old man she had brutally fired the previous day had returned as her boss, thanks to Mr. Gordon, who was now smiling at her.

“Victor has been with this company since day one – before it was a chain store, even before my wife and I had enough money to put up a proper sign outside the shop. I’m sure his experience from those days and all these years will help him handle this new management job.

“Now, of course, he will continue coming in later than all of you, as his wife Martha is still battling her chronic illness, and our Victor here has been her only caretaker…”

The businessman mentioned one incredible thing after another about Victor, which made Nia feel deep regret. She looked over at the old man, who was listening with misty eyes. The former janitor had never worn a suit in his life. But dressed in that three-piece suit, wearing a gentle smile on his face, Victor looked every bit like a regional manager that day.

“First order of business is that Victor should fire anyone who has acted unprofessionally in the last few days!” Mr. Gordon declared and looked right at Nia.

Nia felt like somebody has swept the carpet from under her feet. Victor had every reason to fire her from her dream job.

“Victor, I’m terribly sorry for treating you the way I did yesterday. Please, don’t fire me. This won’t happen again. I can’t afford to lose this job, Victor. Forgive me?” 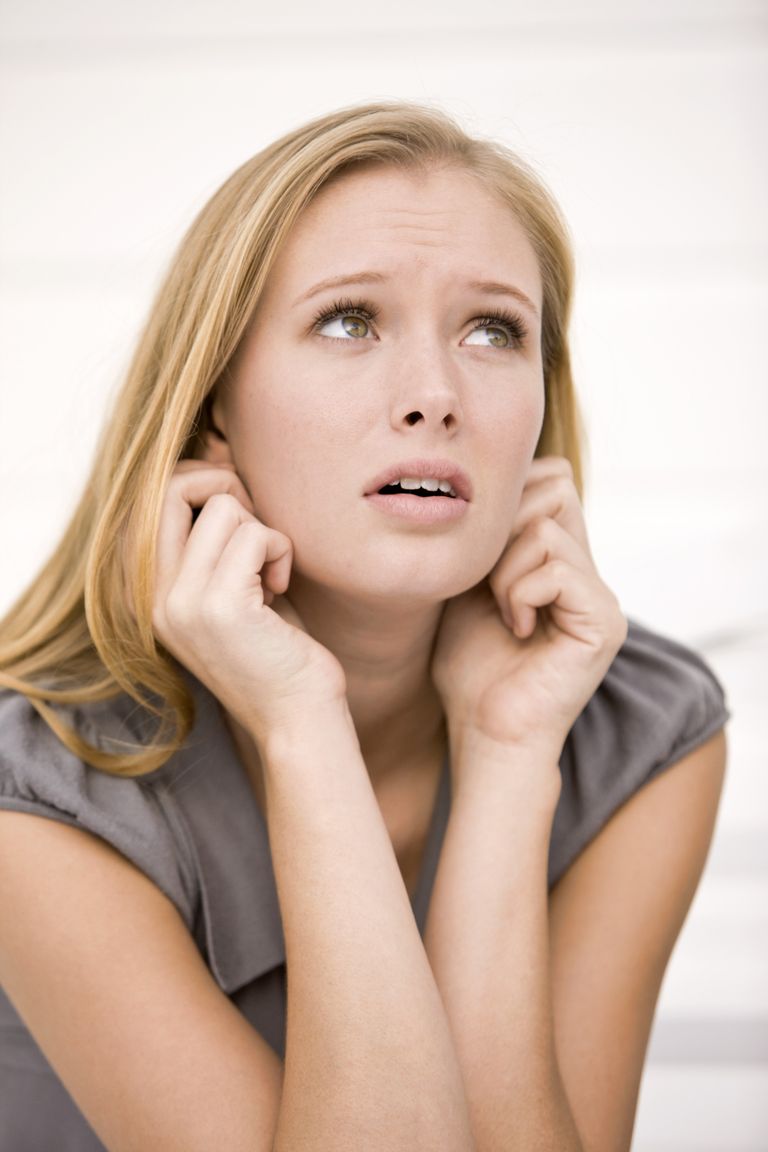 Victor’s heart broke looking at Nia burst into tears. He had no plans to fire the hardworking young woman. In fact, Victor was still surprised by his own promotion and how his boss had stood up for him.

“Nia, child, why would I fire you? I know how much of yourself you give to this job. We all know that. Sure, you let success get to your head a little, but I’m sure that is a mistake anyone of us could end up making.

“I’m not angry with you. Your job is going nowhere,” Victor assured Nia and turned to the rest of the staff with a cheerful voice.

“Come on, now, everybody, back to work. It feels weird to boss all of you oldies and kids around. Go, do your jobs well!”

“Nia,” Victor said, clearing his throat and putting on his glasses, “Let’s go through that binder of yours, shall we? You really do have some fantastic ideas in there…”

That was the beginning of a new chapter in the lives of Nia, Victor, and the store. For as long as Victor continued managing the store, Nia became Victor’s right-hand person. The duo had an unusually brilliant work dynamic, and they made the store the most successful one in the history of the chain. 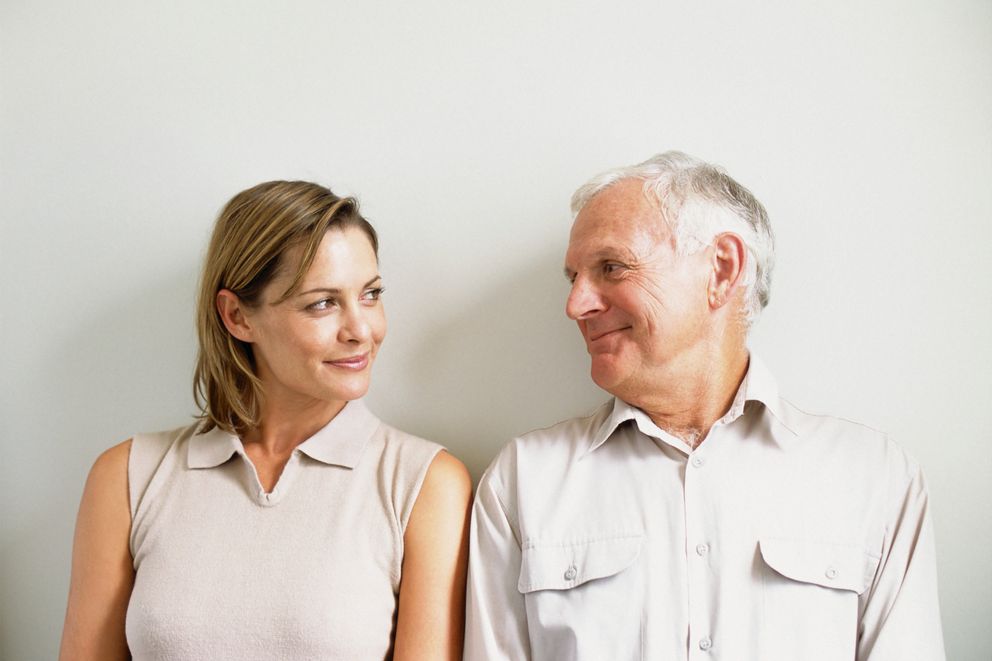 Let success get to your head, and it will bring you down on your knees. Nia enjoyed the authority and bossed people around, reveling in her success, until firing the store janitor backfired.
Don’t rush to judge people. Nia thought Victor was just a lazy old janitor, but he ended up being one of the most important people in the history of the store where she worked.