A group of high school football players from Roma, Georgia, are being hailed for saving a woman trapped in her car after a crash.

According to reports, the incident, which took place on Friday, occurred when the woman in question, a 50-year-old driving a silver car, swerved to avoid being hit by another vehicle driven by a teenager.

Rome Police Department Assistant Chief Debbie Burnett told USA Today that the 50-year-old then crashed into a white SUV and was thus trapped inside her vehicle. 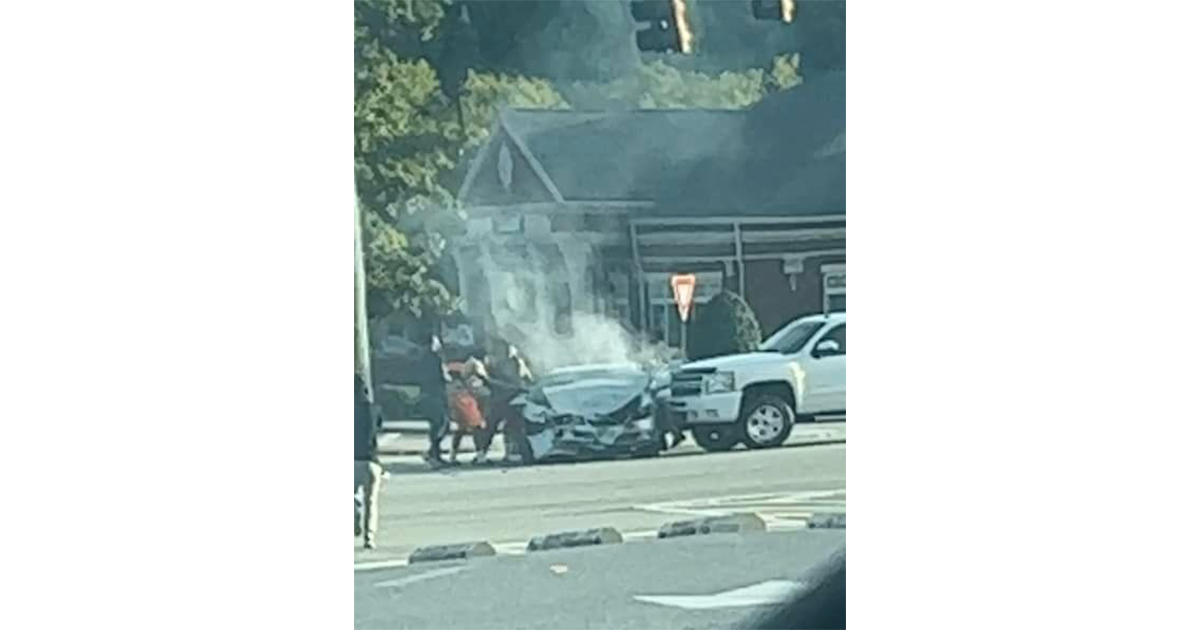 To make matters worse, the silver car then began to emit smoke. The door was jammed; the woman left in unimaginable distress.

Fortunately, though, help was at hand.

Adams was driving the other boys to school when they were witness to the collision.

“We all knew we had to get her out before something worse would happen,” Adams told WAGA-TV.

“It was right in front of me,” he explained to USA Today. “I turned off the car and jumped out and said, ‘Hey look, let’s go help her.’ The woman was leaning over into the passenger seat begging for help. She had blood on her face and was screaming.”

Luis Goya, a teacher at Rome High School, heard the crash and called 911.

“There was a 50 year old lady trapped in her car and couldn’t get out. Smoke started to come out of the car, and fluid started to spill everywhere in the intersection. The door was jammed and in terrible shape.” 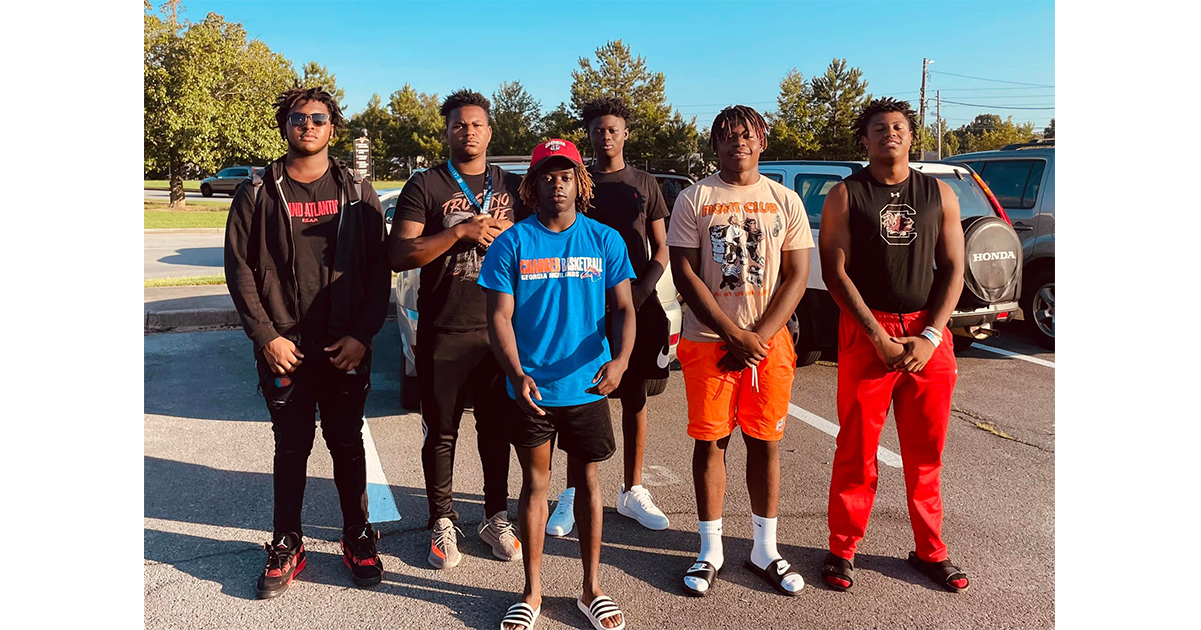 He added: “While I was on the phone with the 911 dispatcher, the football players who witnessed the wreck, ran to the car and started helping the lady. They literally started using their strength to pry the door open, so the lady could be released.”

One of the high school heroes, Brown, said that he and his friends hadn’t hesitated to potentially put themselves in harm’s way to save the lady in the silver car.

“After a few seconds of pulling and pushing the door, the boys ended up opening it and helped her get out of the car,” Goya wrote on Facebook.

“She was shaking and still in panic, but our RHS boys gave her comfort and were able to help her.

“The Rome High School football players really showed up today. They went above and beyond to help this lady without hesitation.”

The boys’ high school football coach, John Reid, watched a video of his players involved in the rescue. He said he couldn’t be prouder.

“When I saw the video I was like, oh my gosh, these kids really did run right into danger and have a sensational event where they helped a lady out of a car that could have caught fire,” Reid said.

“Are they heroes? I bet they are to that woman and her family. To us, we’re just really proud of them.”

Thank God the boys were on the scene to help this poor woman when she was in need.