The legendary Dame Angela first appeared on the scene in 1944. A mere 17 years old, she immediately made a striking impression playing a flirtatious maid in Gaslight, a classic psychological thriller. More than 75 years and countless triumphs later, she is universally regarded as an icon and an actress of incredible strength and diversity.

Acting in a film with established Hollywood players like Ingrid Bergman, Charles Boyer, and Joseph Cotten could have intimidated even a seasoned pro. It’s all the more remarkable then how 17-year-old Angela, having no prior film experience, more than held her own in such company. It’s a sign of the professionalism that has always come naturally to the actress—a trait that would serve her well over decades and decades of a long and illustrious career. In October of 2019, she could not only celebrate her 94th birthday but also look back on 75 years of being an actress.

How did a completely unknown young actress even wind up in a Hollywood film in 1944? As Variety reported, MGM had found it increasingly difficult to cast the small but pivotal role of Nancy, a headstrong young maid, during the pre-production of Gaslight. Thankfully, co-scripter John Van Druten had the right inspiration: he suggested the young daughter of Moyna MacGill—a British theatre actress and widow who was evacuated with her family to the U.S. during the London Blitz. Even though Van Druten only knew Lansbury through her job in a department store, he could tell that she had what the character needed. A few days later, Angela passed the screen test! She even managed to get an Oscar nomination as Best Supporting Actress. 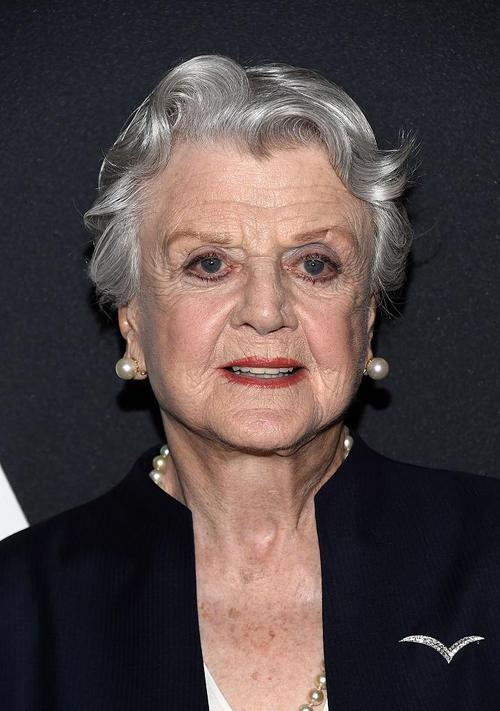 The film’s success and her great performance earned young Angela a contract with MGM. A mere year later, she had received her second Oscar nomination for her performance in The Picture of Dorian Gray.

In the course of the 50s and 60s, Angela acquired a reputation as a character actress who was not afraid to portray middle-aged women, even as the actress herself was only in her 30s. In Blue Hawaii (1961), 36-year-old Angela portrayed the mother of Elvis Presley’s character Chad Gates, even though Elvis already was 26 at the time. The year after, she even portrayed Laurence Harvey’s scary mother in The Manchurian Candidate, even as Harvey was only three years Lansbury’s junior. This role landed Angela her third Oscar nomination.

Angela’s career took yet another turn in 1966: she managed to conquer Broadway playing the titular character in the musical-comedy smash hit Mame. This proved to be a welcome relief for the actress, who may have feared being forever typecast playing mother roles in Hollywood. This list of her Broadway triumphs is long and varied. From Mama Rose in Gipsy to the murderous widow Mrs. Lovett in Sweeney Todd, Angela always gave her Broadway audiences something special. She remains faithful to the stage to this day, having appeared in a West End revival of Blithe Spirit in 2015.

#OnThisDay Angela Lansbury, Jessica B Fletcher from Murder She Wrote and Mrs Potts from Beauty and the Beast, celebrates her 94th birthday pic.twitter.com/DJXH07mNoT

Arguably her most famous character, however, is Jessical Fletcher, the author-turned-sleuth from the long-running TV drama series Murder, She Wrote. The show debuted in 1984 and remained on the air until 1996. Angela’s wit, warmth, and integrity made the show into a smash hit. Even if playing Jessica arguably only shows a fraction of her vast talent, for most people it is absolutely inconceivable to imagine the show with anybody else in the lead.

Angela Lansbury with Charles Boyer and Ingrid Bergman on the set of GASLIGHT (’44) #SummerUnderTheStars #LetsMovie pic.twitter.com/rToxovqrbF

The list of awards and nominations that Angela Lansbury received in the course of her 75-year-long career is nothing short of remarkable. In addition to her three Oscar nominations, she managed to earn seven Tony Award nominations, 5 of which she won. Even if an Oscar for a particular performance eluded her, she was finally given an honorary Academy Award in 2014. In addition, she earned an amazing number of Emmy nominations (17) and Golden Globe nominations (15).

From Hollywood to Disney, from Broadway to TV’s Jessica Fletcher, Angela Lansbury has provided us with an embarrassing amount of truly amazing perfomances. What is your favorite Angela Lansbury role? Be sure to pass this on to others to enjoy as well!