We constantly hear stories concerning the “bully breeds.” This certainly includes pit bulls, a breed that way too often gets looked down upon. But when there is a story of heroism and courage, you may find that this particular breed is way above average! 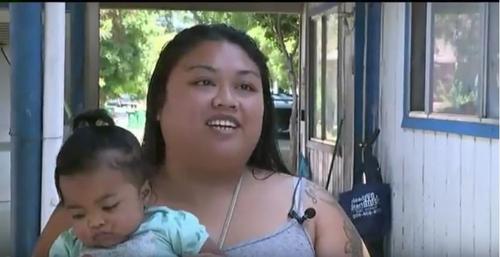 Latana Chai is a mother to a seven-month-old little girl. Masailah was just a small baby when the unthinkable happened. Latana owns a young eight-month-old pit bull named Sasha.

Latana could tell from the frantic barks that there had to be something really wrong. Sasha was normally a very mild-mannered puppy and this just was out of character for her! 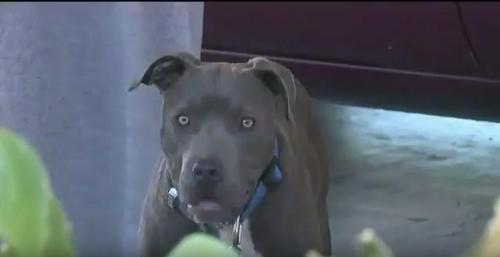 Latana ran downstairs as fast as she could to check on Sasha and see what could be making her bark. She instantly saw what was wrong- her neighbor’s house, which belonged to her cousin, was on fire. Flames and black smoke were pouring out of the home like crazy.

Worst yet, the flames were rapidly spreading from their home to her own. Latana ran back upstairs to grab baby Masailah. But she was too late! Sasha had already gotten ahold of her by her teeth. This amazing puppy had the small infant by her diaper and was in the middle of dragging her off of her bed!

“She had already had my baby by the diaper and was dragging her off the bed,” the mother told Fox40. “I was like, ‘Oh my gosh, what are you doing?’” 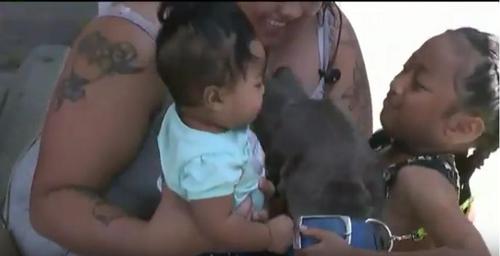 “She saved everybody,” Latana told Fox40, referencing her puppy. She believes that Sasha alerted everyone to the flames and that if she hadn’t, no one would have noticed the fire until it was too late. No one was home at her cousin’s house at the time of the fire. Unfortunately, even though the fire only spread to Latana’s attic before being put out by firefighters, her home is currently unlivable. However, no one was hurt in the fire, thanks to this heroic pooch!

Check out the video below and see just why Sasha is a hero of the four-legged variety!

What did you think about this video? Let us know your thoughts in the comments and pass on this amazing story.