I Gave Birth to the Babies With ‘White’ Hair, & I Couldn’t Be Prouder

Before our second son was born, we had agreed on naming him Redd, as long as he wasn’t born with red hair. We were thrilled (and relieved) when he came out with a full head of white hair and beautiful blue eyes! At the time, we should’ve realized there was something extra special with him when nurses (who were not our nurses) were coming in to see the “baby with the white hair.” My husband and I were both so happy to show him off. We had both been born with blonde hair (as was my oldest son Gage), so seeing our second son with such blonde hair didn’t strike us as unusual. 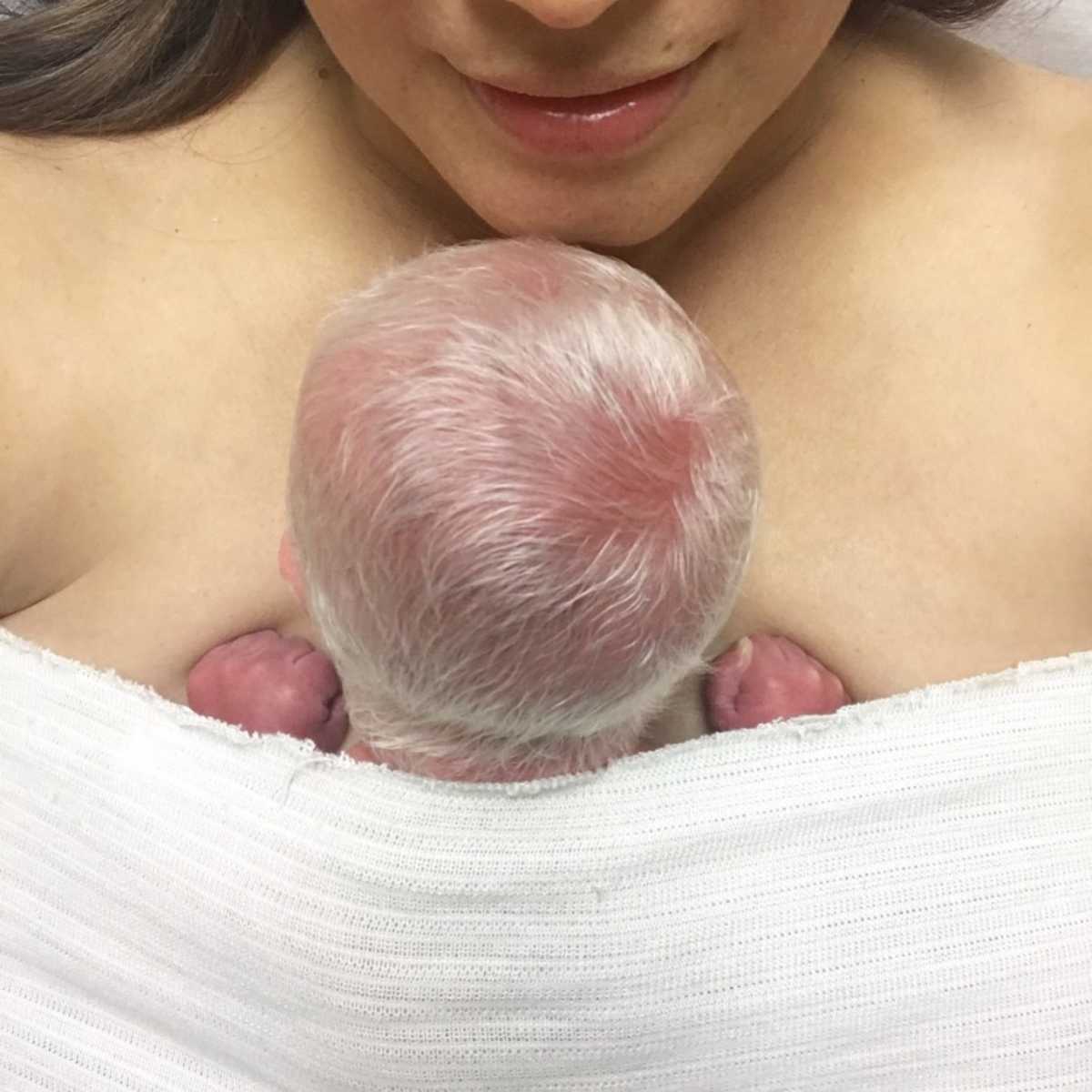 The first month we had him home I remember three things as being very unique.

The first was his hair. It was so white that it would sparkle in the sunlight. I pointed it out to my mother in law, who just stared in awe and said, “He’s like a special little fairy.” Second was the way his eyes were always looking up and tracking back and forth in constant motion. I would try and block his view with my hands to see if he would divert his eyes down, but nothing ever worked. I would crack jokes saying that maybe he was seeing ghosts flying back and forth on our ceiling … and my husband always said it looked like he was watching a tennis match. Third was how his blue eyes would sometimes flash red when he was in certain light. This was by far the strangest occurrence but with all of these things, I figured it was because he was a newborn and that he would eventually grow out of them. 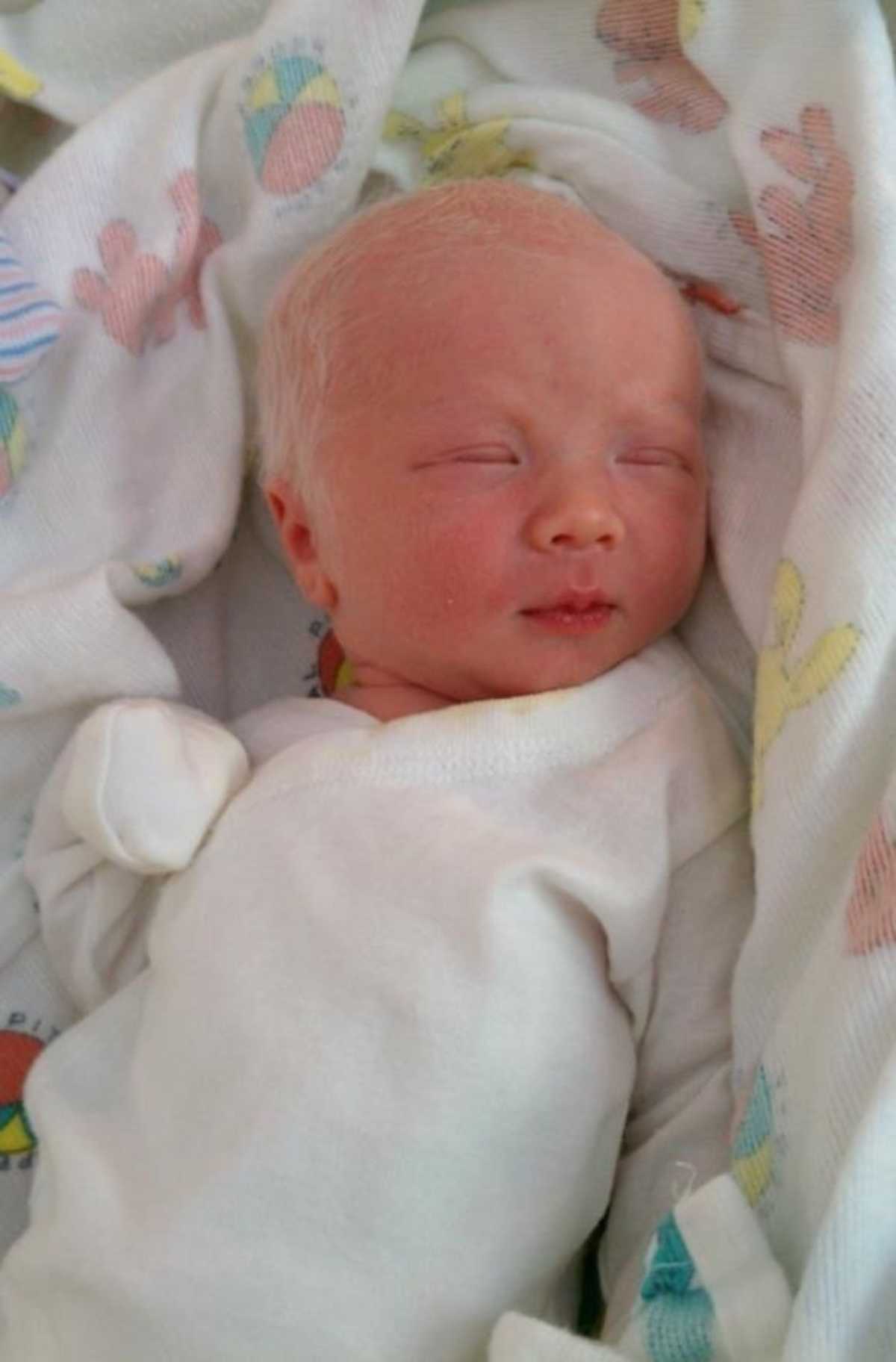 When Redd was almost 2 months old, my husband and I were eating breakfast and I asked him to Google tracking of the eyes in newborns.

The first thing he read was that it was a common trait in infants with albinism. At the time, I had never heard the word “albinism” and asked what it meant. I remember him looking at Redd and saying, “White hair, pale skin, tracking of the eyes … he’s an albino!” My immediate response was “No he’s not! Don’t they have red eyes?” We then spent the next few hours watching YouTube videos on albinism and reading articles to gain a better understanding of what it was. Still in disbelief, I called to make an appointment with our pediatrician. 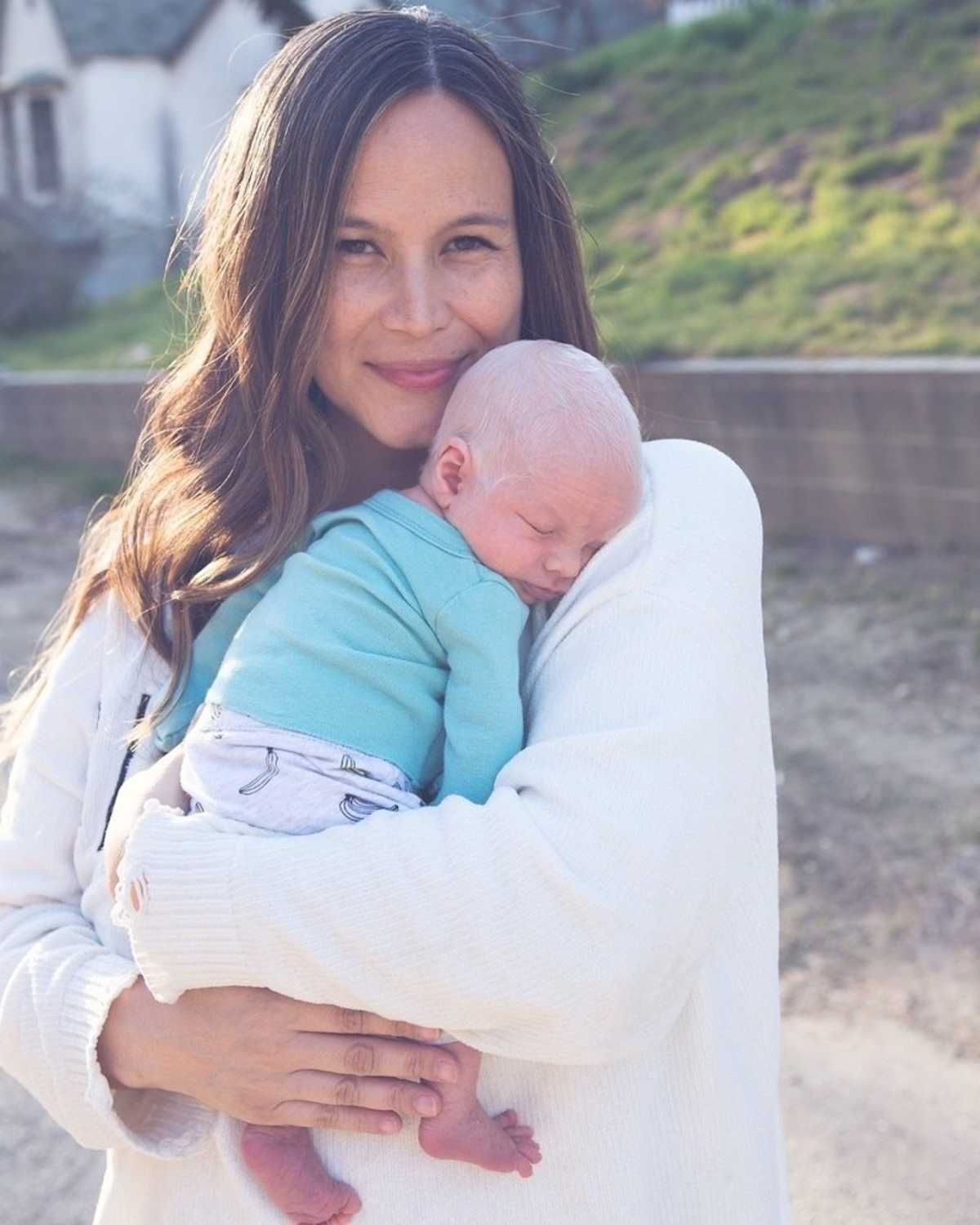 When we met with her, the first thing she said was ‘How did I not catch this!’

We realized that his first few appointments he had refused to open his eyes (which makes sense because his eyes are extremely sensitive to light). So she had never seen his eyes tracking back and forth. She immediately scheduled us to meet with a genetics specialist and an optometrist.

When we met with the genetics specialist, he walked in and took one look at Redd and said right away he most likely has OCA1 (Oculocutaneous Albinism Type 1). He told us there are many various forms of albinism, but that OCA1 is the most common in which the body produces little to no pigment in skin, hair, and eyes. He said that white eyelashes and white eyebrows are the easiest way to tell the difference between someone with albinism and someone who is blonde. Being clueless as to how ignorant I sounded, I decided to ask, “But aren’t they supposed to have red eyes?” 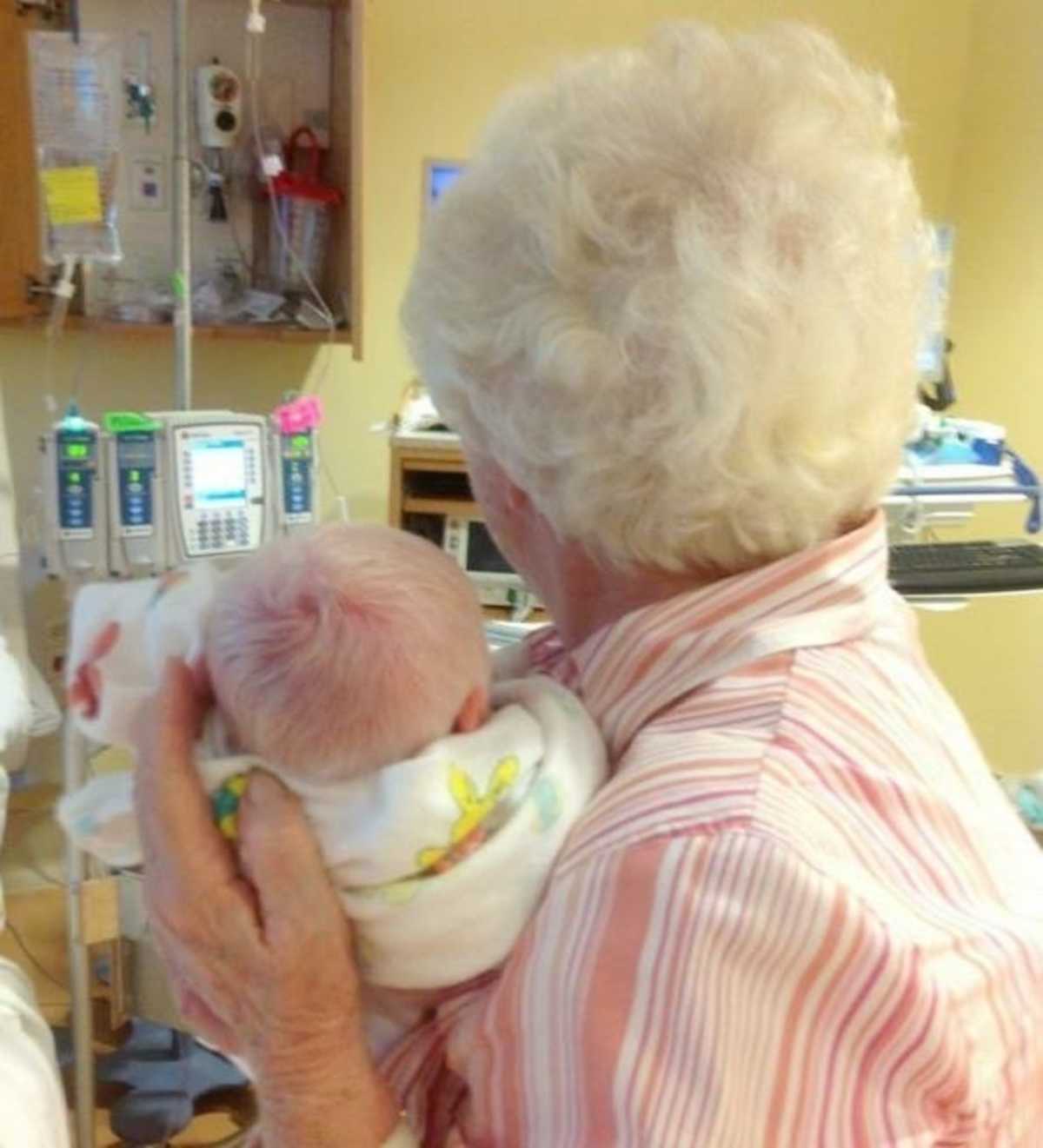 The genetics specialist laughed and said that the only things he knew of with red eyes were rats.

He then explained to us that albinism is a recessive gene and that both my husband and I must be carriers of the gene and asked if either of us had any relatives with albinism. The first person I thought of was my grandmother who raised me. She was part Native American and had been born and raised on an Indian reservation. She was also very fair-skinned, blue-eyed and had platinum blonde hair her entire life. She was almost 90 years old. I called her up and asked “Gram, are you an albino?” She laughed and said, “Doctors have been telling me that my whole life, but I’m not!”

When I took Redd in to see his optometrist, she confirmed that he had iris transillumination (the reason his eyes would sometimes reflect red in certain light), nystagmus (the tracking of the eyes back and forth) and strabismus (one eye was cross eyed). I was completely unprepared when she told me that Redd would most likely be legally blind and unable to get his drivers license. I felt as though I had just been struck in the stomach with a bowling ball. I remember crying all the way out to the parking lot and the entire drive home. 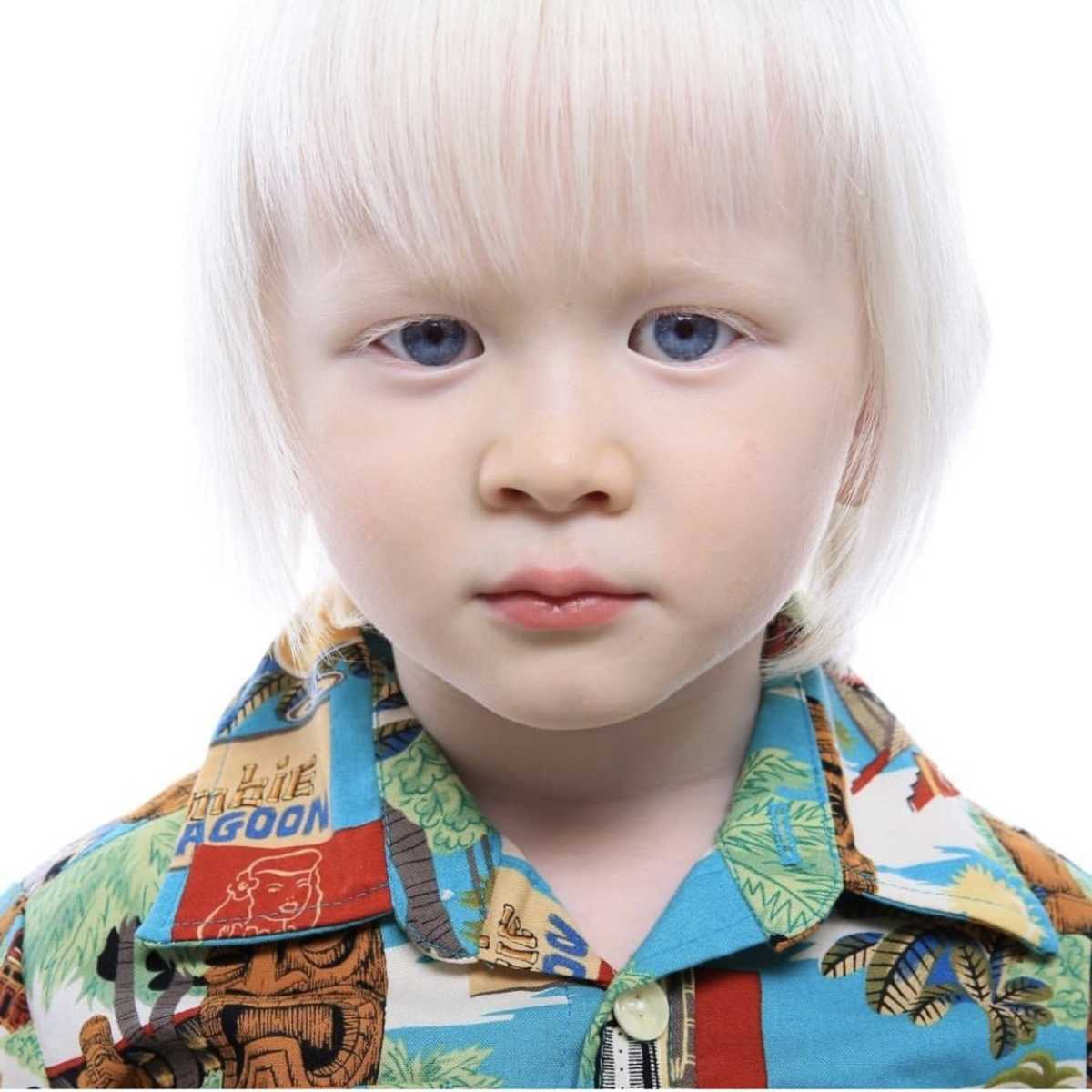 Our first year with Redd, we quickly realized how much attention he drew when we were out in public.

We got stopped everywhere we went by people curious about his white hair. Many times our son was the first albino he or she had ever seen so they’d ask more questions or would want to touch his hair.

Because of his sensitivity to sunlight, we went to a lot of beaches and playgrounds at dawn or sundown so he could play comfortably. This became fun for us because we were usually the only ones there.