Identical twin sisters from California had an extraordinary bond because of their shared DNA. But what they didn’t know then was that their beautiful connection would be passed on to their offspring.

Life is a beautiful journey, filled with endless surprises and exciting twists and turns. While we might not always witness events as per our wishes, sometimes, we experience magical moments that leave us awe-struck and grateful simultaneously.

When things don’t go as planned, people might feel lost, disillusioned, or hopeless. However, things have a way of working out, and one might never know what the universe has in store for us. Today’s story encapsulates a similar theme, and we hope you’ll enjoy reading it. 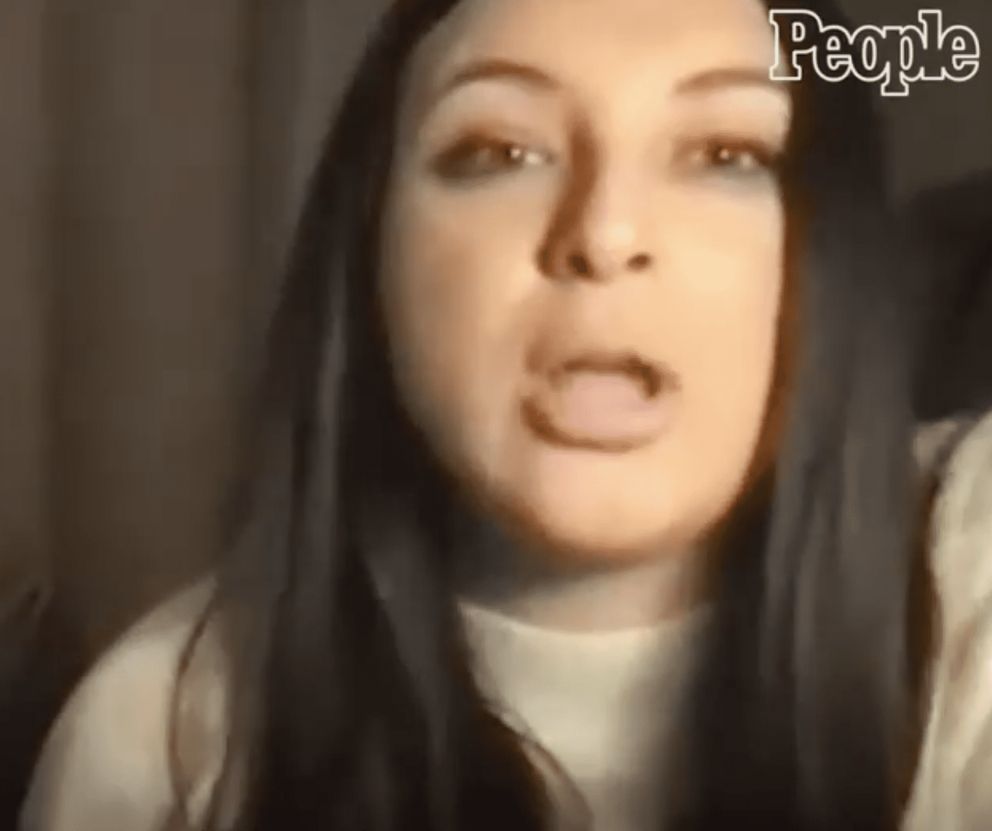 Identical twin sisters Jill Justiniani and Erin Cheplak were incredibly close since childhood. Growing up in Brea, California, the sisters shared the same hobbies and interests and were practically inseparable. Justiniani told PEOPLE:

“We played together, slept together, ate together. My parents would talk about how we had our own language together. We’d be in our cribs side to side and make these cooing sounds. I’d make a sound and Erin would respond.”

According to Cheplak, she and Justiniani had been together through every stage of life and were best friends. Both studied kinesiology and completed the same master’s program in occupational therapy at the California State University, Dominguez Hills. 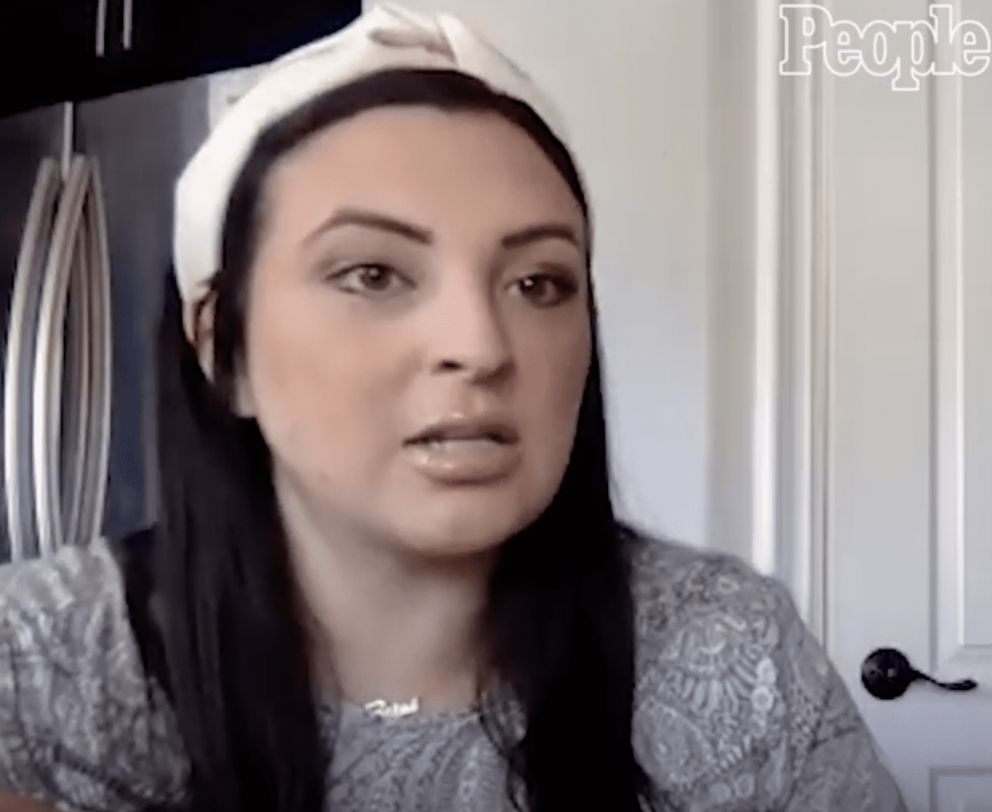 The sisters worked at the same outpatient clinic as pediatric occupational therapists. Even their desks were side-by-side, and they often shared lunch. Justiniani and Cheplak married almost a year apart, which they said was unplanned.

On November 27, 2021, they had a gender reveal party, where they discovered they were both having boys.

Justiniani met her future husband, Ian, in high school, and the duo tied the knot in August 2019. Meanwhile, Cheplak married Zach in a small ceremony in October 2020, but due to the coronavirus pandemic, they delayed a grand celebration until August 21, 2021.

Identical twin sisters Jill Justiniani and Erin Cheplak share the same birthday, and now their newborn sons do, too! https://t.co/HKV8g7H98U

WELCOMING AN EXCITING CHAPTER OF THEIR LIVES

The California sisters said they even had plans to get pregnant simultaneously. “We’ve always said that it would be very fun for us,” described Cheplak. On the morning of her wedding celebration, Cheplak recalled waking up to a call from Justiniani.

After the call, she said she screamed and woke up her husband to share the exciting news. It turned out that Justiniani was pregnant with her first child with her husband, Ian.

A week later, Cheplak was on her honeymoon in the Maldives when she learned she was also pregnant. Without wasting time, she dialed Justiniani’s number and revealed the delightful news.

Identical twin sisters Erin Cheplak and Jill Justiniani had a running joke throughout their pregnancies that they would give birth on the same day. They never thought it would actually happen. But then, suddenly, it did.https://t.co/51ZGmdsN7X

The siblings, who had been incredibly close their whole lives, embarked on the journey of embracing motherhood simultaneously, supporting each other every step of the way. Justiniani shared:

“Even just going through the day-to-day changes of pregnancy, all of the unknowns and the questions and the natural worries that come up, we were constantly able to check in with each other and support each other.”

The soon-to-be-mothers lived in different cities then, approximately 45 minutes away. Cheplak resided in Long Beach, but after discovering her pregnancy, she and Zach began living five minutes away from Justiniani’s home in Yorba Linda.

Amazing story! Congratulations to twins Erin Cheplak and Jill Justiniani from #YorbaLinda. Certainly a #MothersDay you’ll never forget! Wishing you both and your families all the best.https://t.co/2xAA0oDKCX

Cheplak and Justiniani noted that their husbands had a “running joke” during their pregnancies that their sons would be born on the same day. But the likelihood of it being possible seemed blurry as they neared their due dates.

Still, the sisters cherished their motherhood journey and shared countless happy moments. On November 27, 2021, they had a gender reveal party, where they discovered they were both having boys. Justiniani recollected:

“We were hopeful that we would have the same gender, but we really were unsure. So when we popped our gender reveal balloons at the same time and saw a bunch of blue, we were both like ‘here we go.’”

Jill Justiniani and Erin Cheplak told “Good Morning America” that their sons were born at a California hospital this month. https://t.co/25VuDiz6VA

Justiniani, who was a week ahead in her pregnancy, was scheduled for a C-section on May 5 because her baby was found to be in a breech position. But Cheplak wasn’t due until May 15. On the morning of May 5, things took a strange turn. Cheplak recounted:

Miraculously, Oliver and Silas shared the same weight and height. Both babies weighed seven pounds, three ounces, and measured 20 inches. Their mothers recovered in rooms across the hall from each other and were discharged simultaneously.

The sisters plan to raise their sons together and live as one big happy family. They also hope to resume their work as pediatric occupational therapists, a career choice they made after losing their younger sister, Allison.

She passed away at 12 when the twins were 18. The Yorba Linda siblings expressed that their common interests and shared grief for their late sister helped strengthen their bond, and they wished their sons to forge a lasting connection.

As the twinning continues for sisters Cheplak and Justiniani and their little ones, we hope they prosper in love and go on to make countless worthwhile memories together. If you enjoyed reading this story, please share it with your family and friends.