James Caan was so passionate about watching his son, Scott Caan, grow up that he made a big sacrifice to his career. He had a change of heart after losing his best friend and manager.

On July 7, 2022, James Caan’s family took to his Twitter account to share the devastating news about his death. The star’s family revealed that the actor had passed away the previous evening.

“The Godfather” actor was 82 at the time of his death. His family thanked his fans and followers for their heartfelt messages before asking that they continue respecting their privacy as they mourned. 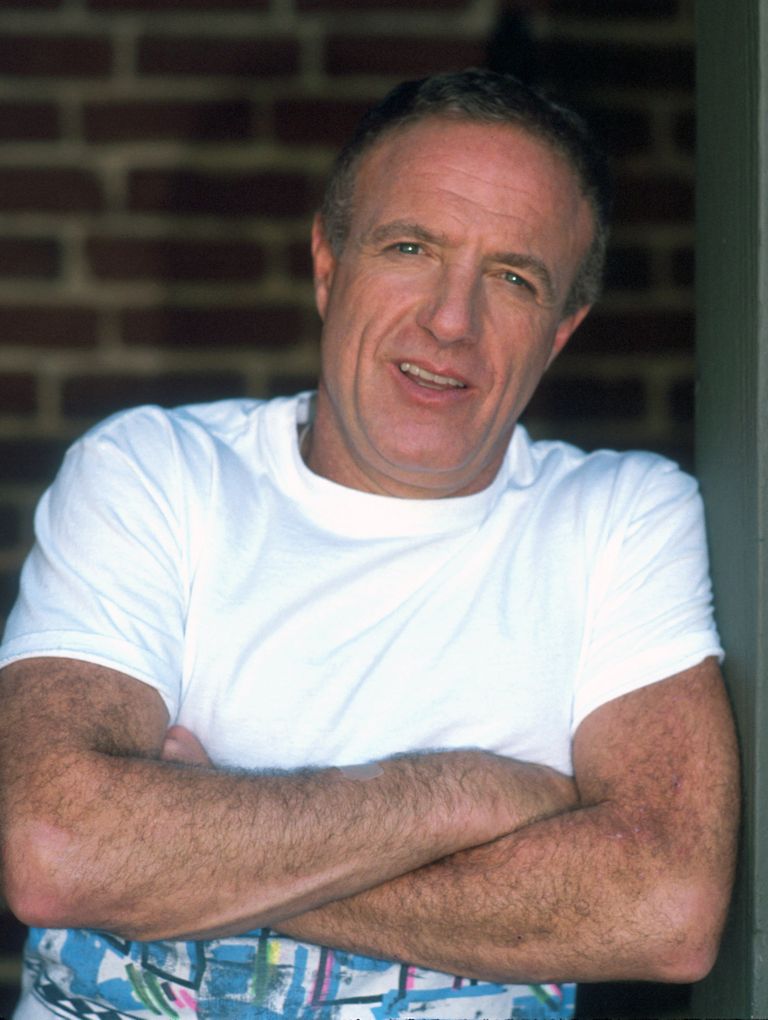 In the post, James’ family called him “Jimmy” and shared how they announced his passing with “great sadness.” The star lived a full life before he died, having married four times.

His first wife was actress Dee Jay Mathis whom he married in 1961 before their divorce after five years of marriage. The couple welcomed a daughter, Tara, during their union that ended in 1966

It is with great sadness that we inform you of the passing of Jimmy on the evening of July 6.

The family appreciates the outpouring of love and heartfelt condolences and asks that you continue to respect their privacy during this difficult time.

After his first marriage concluded, James fell in love with Playboy model Sheila Ryan, and they tied the knot in 1976. The couple welcomed a son, Scott, during their brief marriage that ended in 1977.

By 1990, the late actor had moved on to Ingrid Hajek. James was 20 years older than his bride, and they had one child, a son, Alexander, together before divorcing a few years later in 1994. 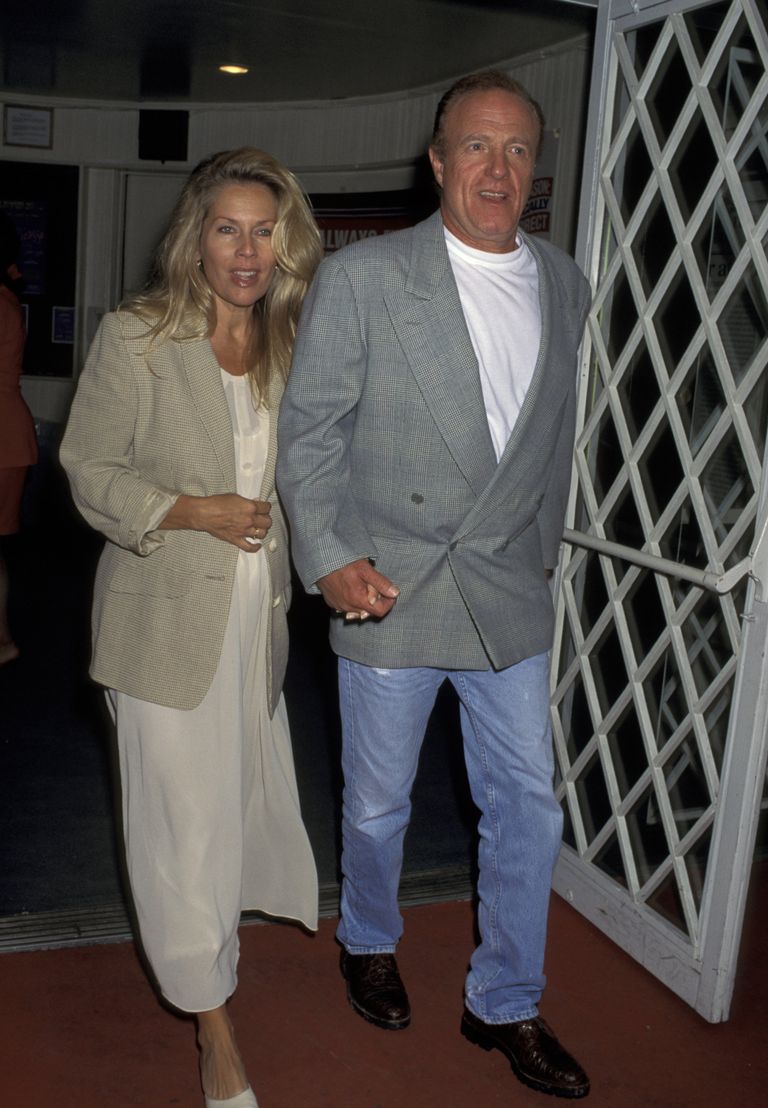 The star’s last marriage was to Linda Stokes, whom he married in 1995. The couple stayed together for twenty years, and the union was the one that took the most toll on the actor because of court battles.

Stokes took the star to court multiple times, including for backdated child support and custody, as they shared two sons, James Jr. and Jacob. James filed for divorce from her twice, in 2005 and 2009, before the final filing in 2015.

HOW JAMES’ PRIORITIES SHIFTED AFTER HIS SISTER PASSED AWAY 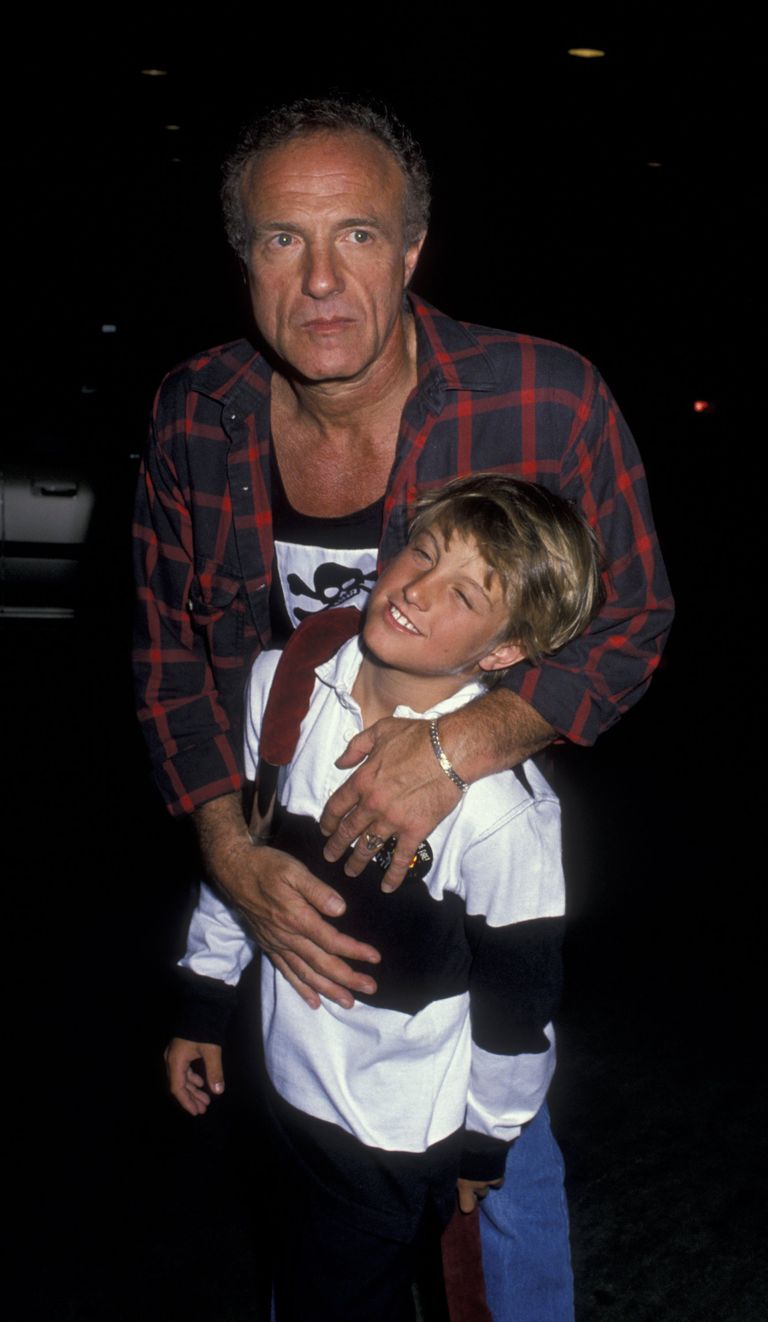 When he was cast to star in “Apocalypse Now,” James turned the role down because it coincided with Ryan’s pregnancy with Scott. The star described the boy as his “dream child.”

The actor gave up a house with a maid in Manilla, and flights to the jungle location of the shoot in a helicopter, to be there for his pregnant wife. James told the movie’s producer that he hated tsetse flies and heights. 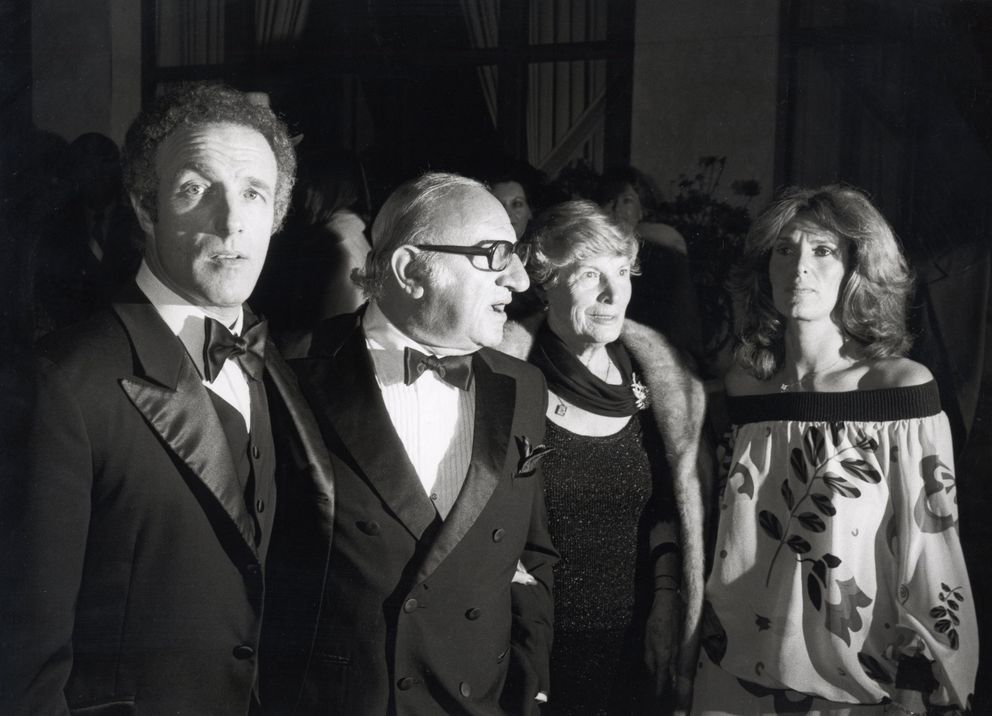 He refused to be away from his wife for six months while she was pregnant. James’ life changed drastically when Barbara, his sister, passed away at age 38 after battling leukemia for a long time.

The actor was left devastated by her death and felt “vulnerable and despondent.” He described her as his manager and best friend, who lived close to him while running his production company.

James confessed that his sister was the only person he was afraid of. After her death, the star realized how important passion was because it was something that could end quickly, noting:

“My passion was to grow up with my son.” 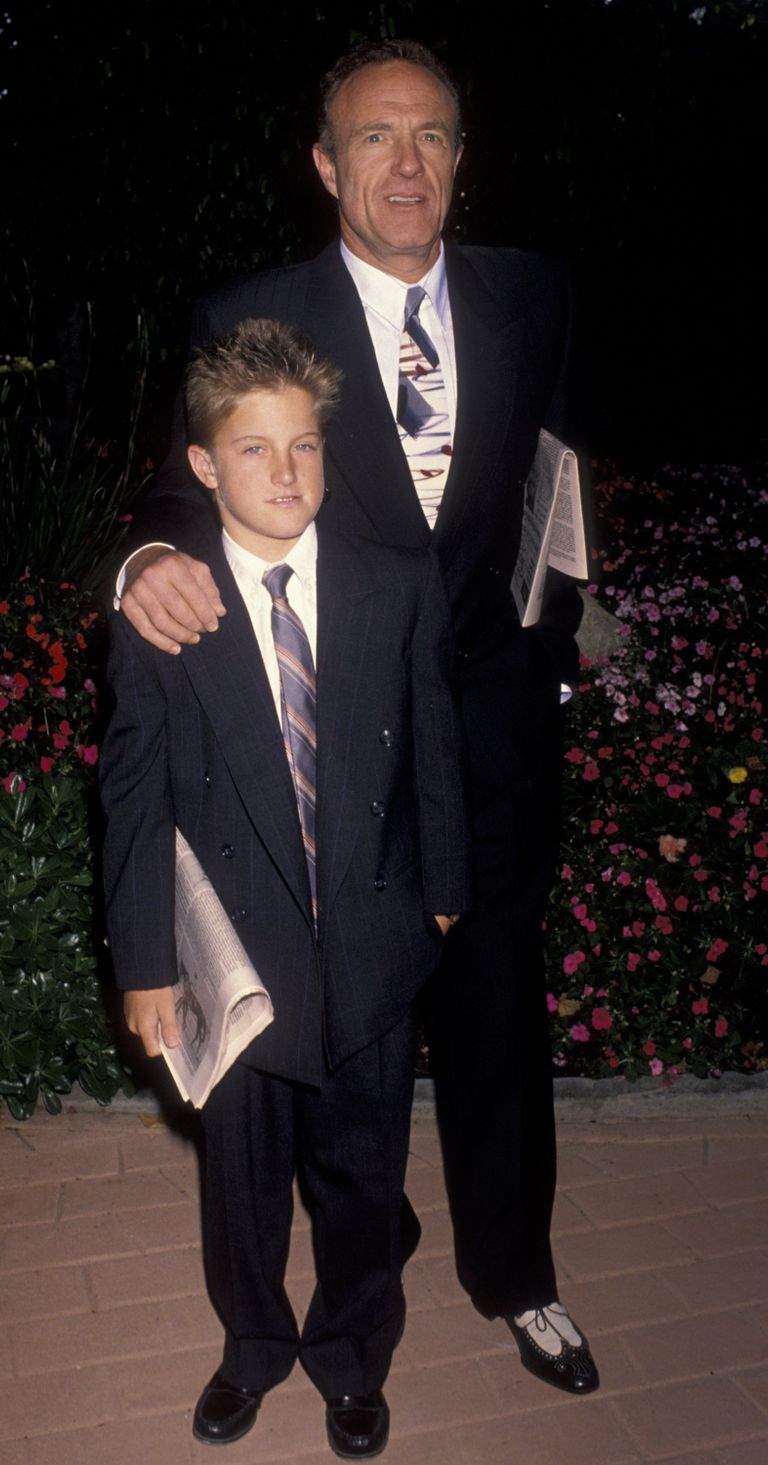 According to Scott, James didn’t work on many films while growing up; the star stopped his career for fifteen years! From age five until fifteen, Scott didn’t know his father as an actor but just as his parent.

The actor’s son got his undivided attention as James would hang out with him. Scott recalled his father as “rebellious” and that his life was filled with ups and downs, but to him, he was just his father. 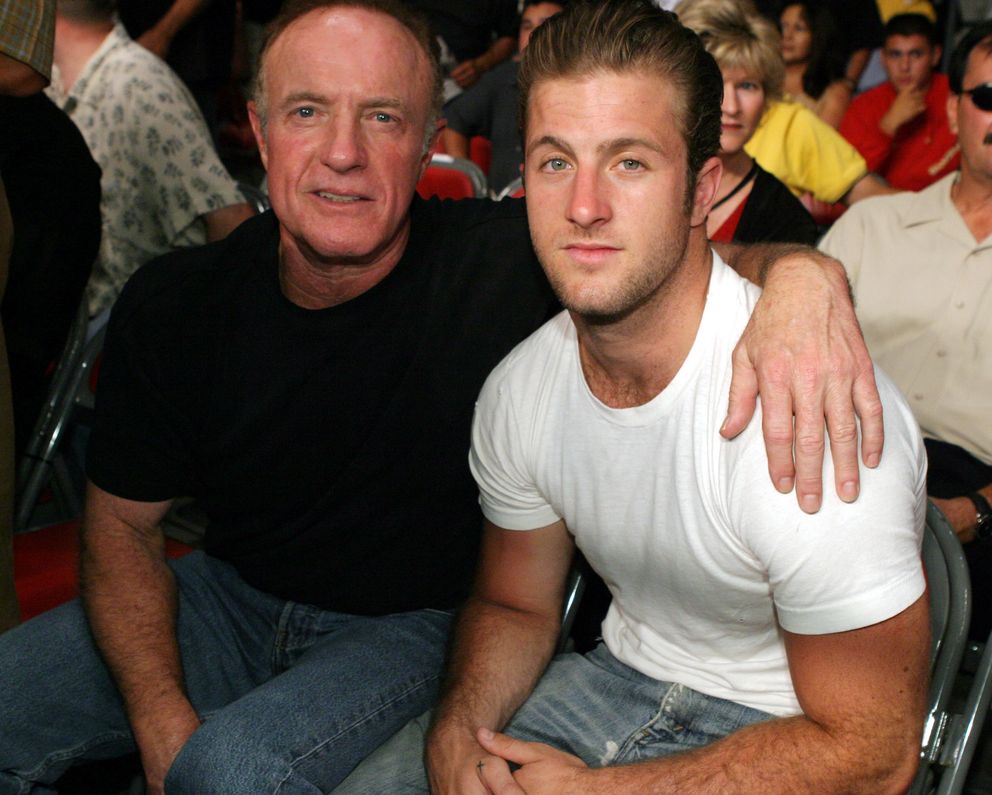 The younger Caan didn’t know the big star everyone else knew and never saw James’ movies as a child because they were R-rated. Scott only saw “The Godfather” when he was 11.

In the scene where his father’s character was shot, James’ son got upset and found it weird before turning the film off. Scott didn’t like seeing his father that way, but he later appreciated his work and thought James rocked! 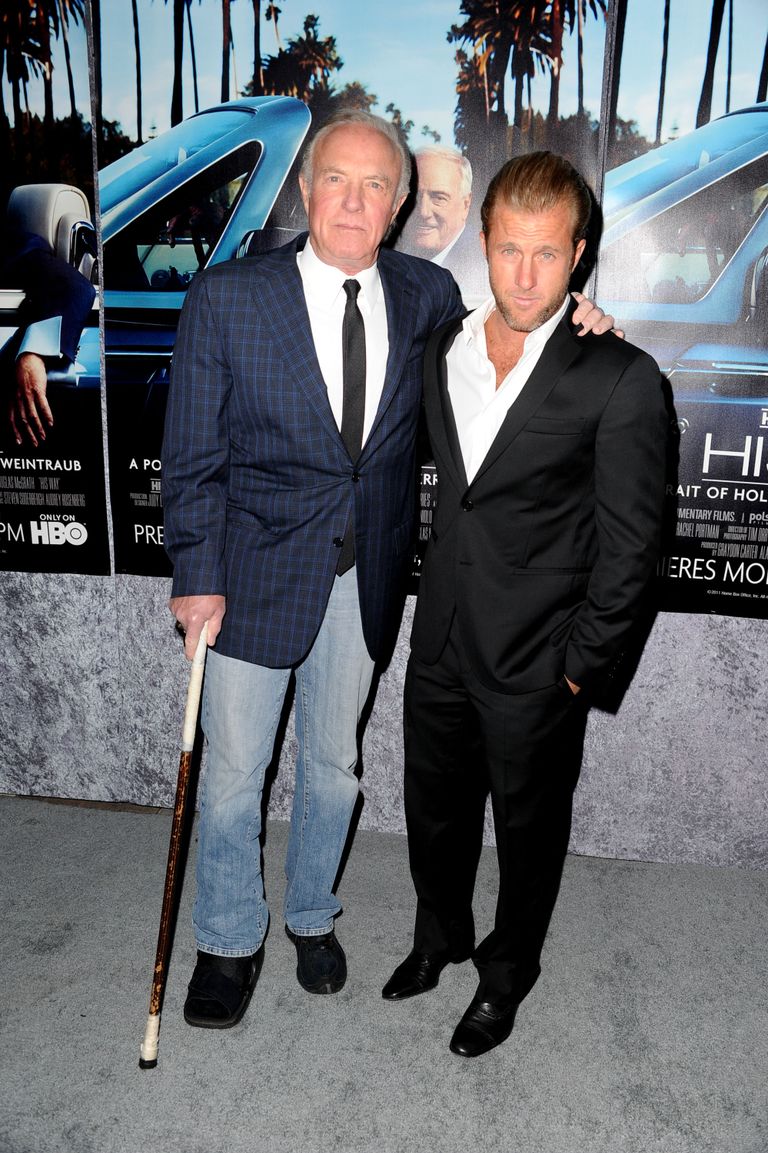 However, not everything was perfect in the father-son duo’s relationship, as Scott experienced some trying periods in his childhood. In 2010, the younger Caan told People magazine that saying their relationship wasn’t dysfunctional would be a lie.

James was quite open about having fought and overcome addiction. At the time, the actor confessed that his son was exposed to him when he was “a little rough around the edges.”

However, Scott held “no resentment” toward James. He acknowledged that his father made mistakes that affected both of them, but James never failed to be there for him no matter what.

Scott was an athlete as a child and played basketball, football, soccer, and baseball. His father was into athletics, and Scott got into that, but by age 11 or 12, he wanted to stop playing sports and started using illegal substances and hanging out with the wrong crowd.

He wanted to be “rebellious” and got involved in surfing and skateboarding because his father hated the sports. James liked team sports, and his son got drawn into the individuality of skateboarding and surfing.

In those days, skating and surfing were seen as things that bad children did, and Scott wanted that stigma because he didn’t want to fit in. Doing the two sports gave him freedom from judgment. 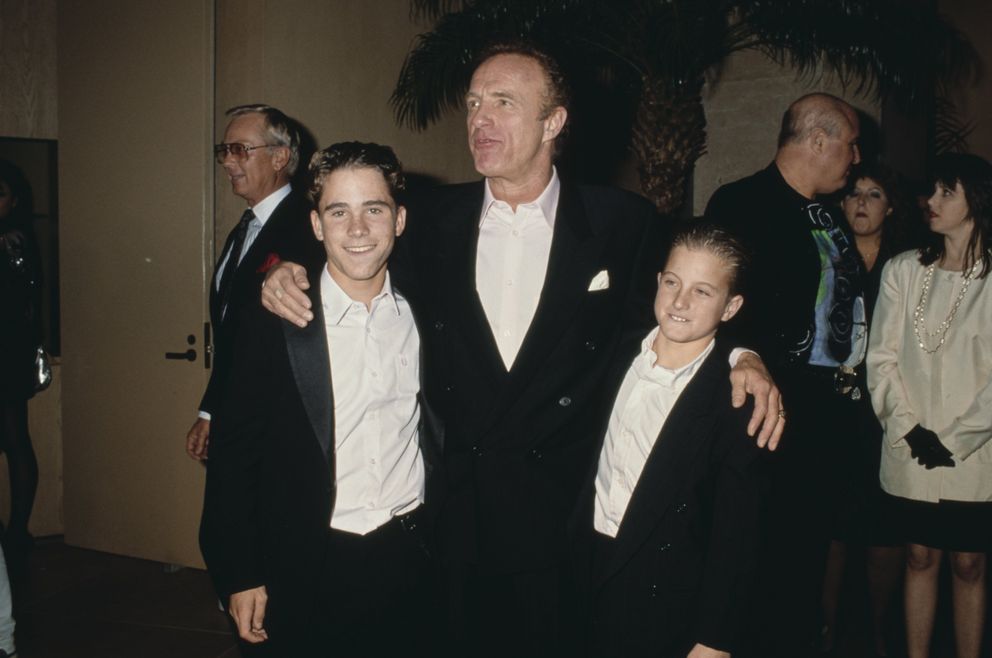 The “Misery” star was strict about being very good when doing things. He required his son to be the best or not bothered at all and found it a shame when people were gifted but failed to use their abilities.

James wanted Scott to work harder than the next person, even as a child. He expected him to do things right and passionately or not because there was always someone out there who wanted it more.

Although the actor wasn’t always a perfect parent, he tried to do things differently from how his father raised him. In the September 2003 issue of Esquire, James admitted this:

“I never saw my dad cry. My son saw me cry. My dad never told me he loved me, and consequently, I told Scott I loved him every other minute.”

The “Elf” star was determined to make fewer mistakes than his father so his sons could hopefully make fewer ones than him, and so forth. He hoped one day they’d raise “a perfect Caan.”

SCOTT AS A FATHER 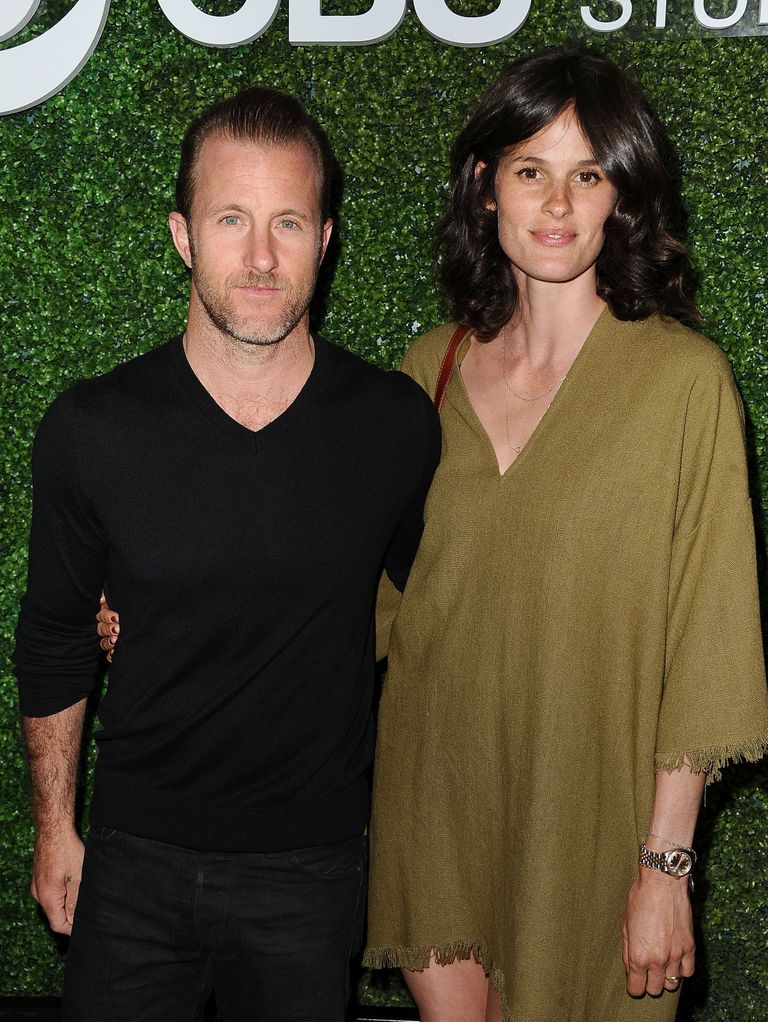 On July 9, 2014, Scott and his longtime girlfriend, Kacy Byxbee, welcomed their first child together, a baby girl named Josie James Caan. According to a source, James’ son took time off from work so he could be present for his child’s birth.

Speaking about siblings, Tara [Caan] appears to have chosen a life out of Hollywood but was seen with her father [James Caan] on several occasions.

Scott also followed in his father’s footsteps by becoming an actor. He studied the craft in Los Angeles in Playhouse West and rose to fame in the 2001 “Ocean’s Eleven” remake.

Scott has featured in several films and shows, including “Hawaii Five-0,” “Into the Blue,” “Gone in 60 Seconds,” “Varsity Blues,” and more. James didn’t want him to get into the industry, with his look-a-like son stating:

“He knew it would be hard to do this job over and over again, and it’s creatively hard to get excited about playing the same dude for seven years.”

FAMILY WAS THE MOST IMPORTANT THING TO JAMES 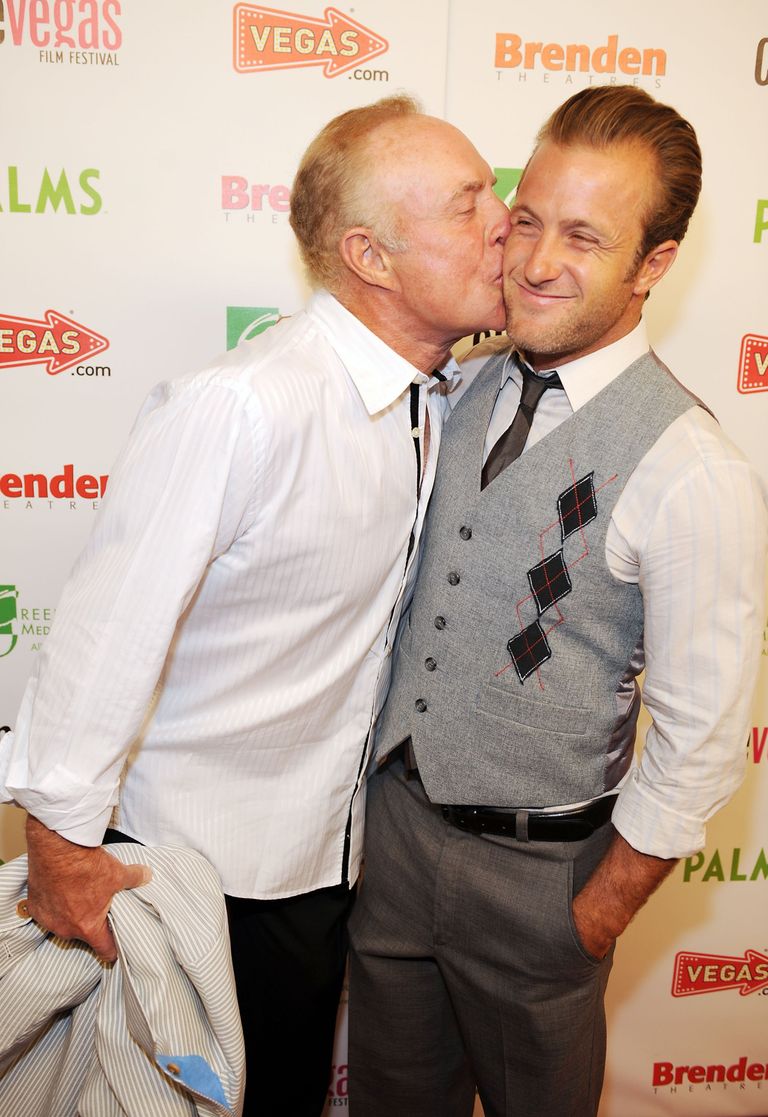 The late actor advised his son and others to have the support of their fathers, girlfriend, and brothers in case things went wrong. Speaking about siblings, Tara appears to have chosen a life out of Hollywood but was seen with her father on several occasions.
Alexander was also an actor but hadn’t appeared in anything significant. He’s also a musician who uses “Audio Medic” when producing electronic music, while James Jr. also stays out of the limelight.

Jacob used to be seen at events with their father but took a step back when he got older. One of their rare sightings was in February 2020, when the youngest Caan was seen pushing James in a wheelchair after eating dinner in Los Angeles.