Janitor Notices Little Girl on Playground Day & Night, ‘I Have Nowhere to Go,’ She Admits – Story of the Day

A janitor meets a lonely little girl on the playground and helps her after she tells him she doesn’t have a home. Little does he know it’ll soon turn his life around.

James was sweeping the playground when he noticed a little girl near the swings. Looking at the girl reminded him of his life, which he didn’t think was worth living.

James was a 35-year-old janitor, and sadly, he hated his life. His life had gone downhill after his wife divorced him and took everything from him. He got depressed, was fired from his office job with a terrible record, and couldn’t find a decent job again. Worse, as he got into debt, his family and friends turned their backs on him, leaving him to fend for himself.

Well, James cleared the debts somehow with his savings, but he had, in a way, given up on life. But it all changed when he crossed paths with the little girl at the park… 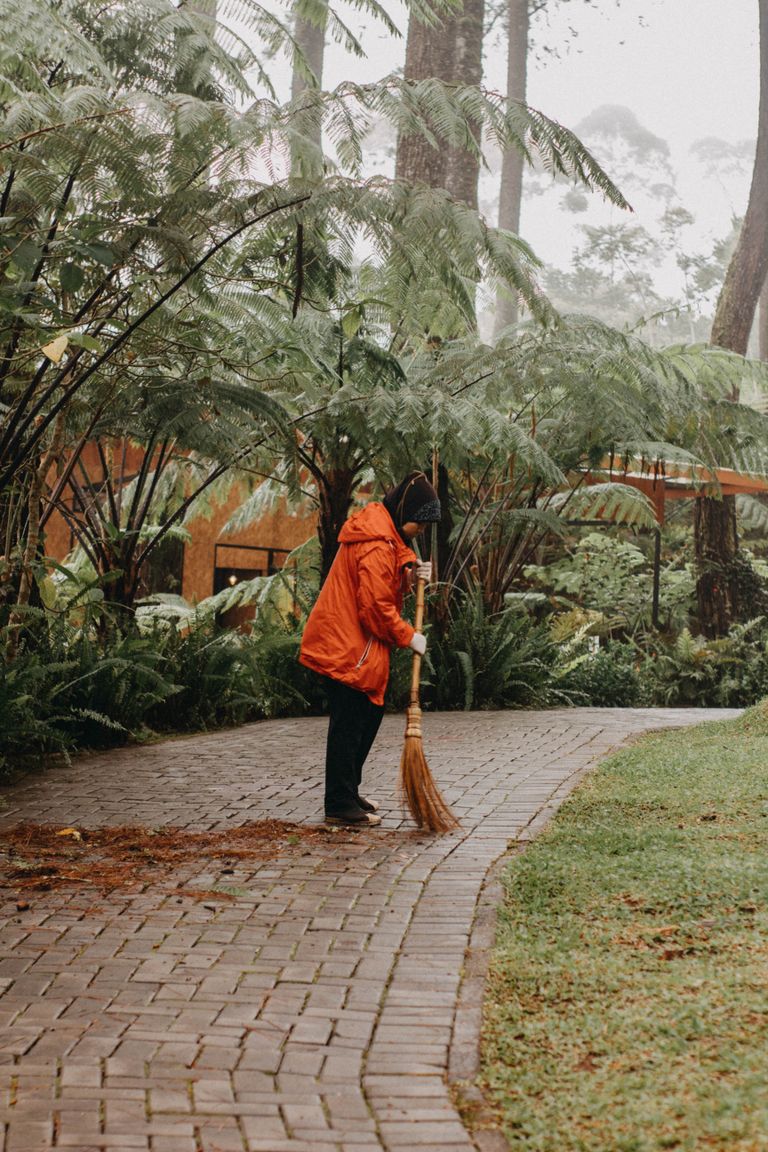 James was crumbling inside from loneliness. He felt miserable, but he didn’t have anyone he could share his worries with. When he first saw that little girl, she seemed lonely and sad as well. He wanted to ask her why she was alone, but he didn’t because he thought she would definitely have a family and they’d soon come for her.

But the whole day passed, the day became night, and she didn’t move from her spot. James wondered why nobody came for her. Was she in some trouble? He decided to approach her.

A child’s love can turn your life around.

“Hi there, little miss. Aren’t you going home? It’s pretty late, and kids shouldn’t be staying alone like this,” he told her. It was getting late, and James’ shift was already over for the day. He wanted to make sure the girl was safe before he left.

But she shook her head, swinging her feet in the air while sitting on a swing. “I have nowhere to go,” she admitted. “I don’t have a home anymore.” 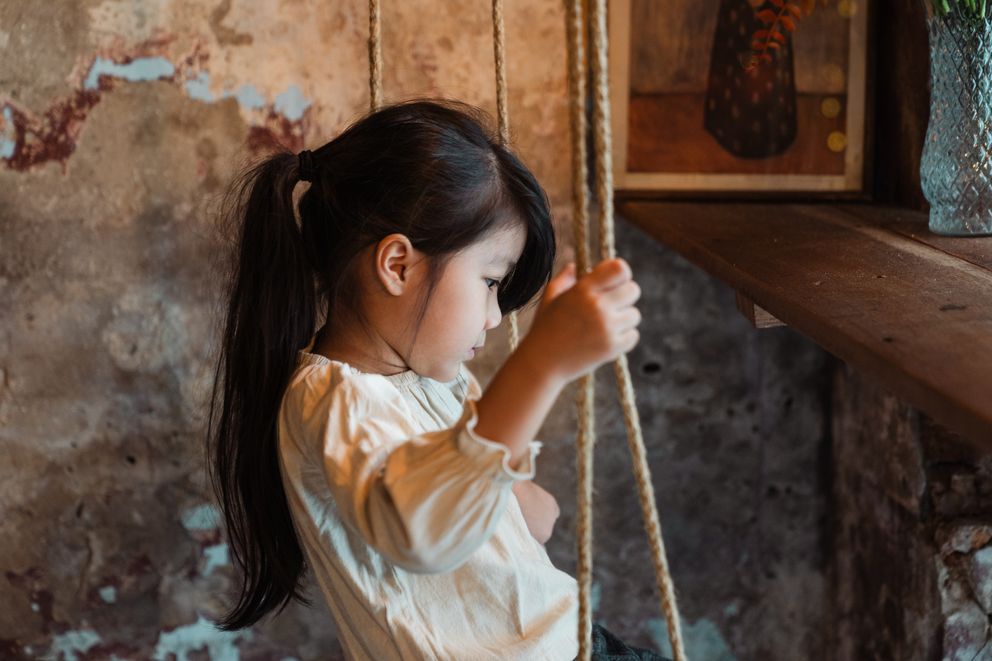 “What do you mean, little miss? Ok, how about you tell me your name?” James asked gently, trying to get her to open up to him. “My name is James, and I keep the parks clean so that children can play here happily! I work as a janitor.”

James was worried. “Did your parents get mad at you? Is that why you don’t want to go home?” he asked. He knew that sometimes children hate to be corrected, so he thought she had run away from home. But the real reason crushed James’ heart.

She shook her head again. “The other kids at my home said I need to leave because a new boy or girl would be coming to live with us. There are a lot of kids there, and they don’t like me. They tease me because I get scared at night. My new mommy and daddy are nice, but the kids are not….”

“Do you live at a shelter…a foster family?” James guessed. He assumed she was trying to tell him she was an orphan. 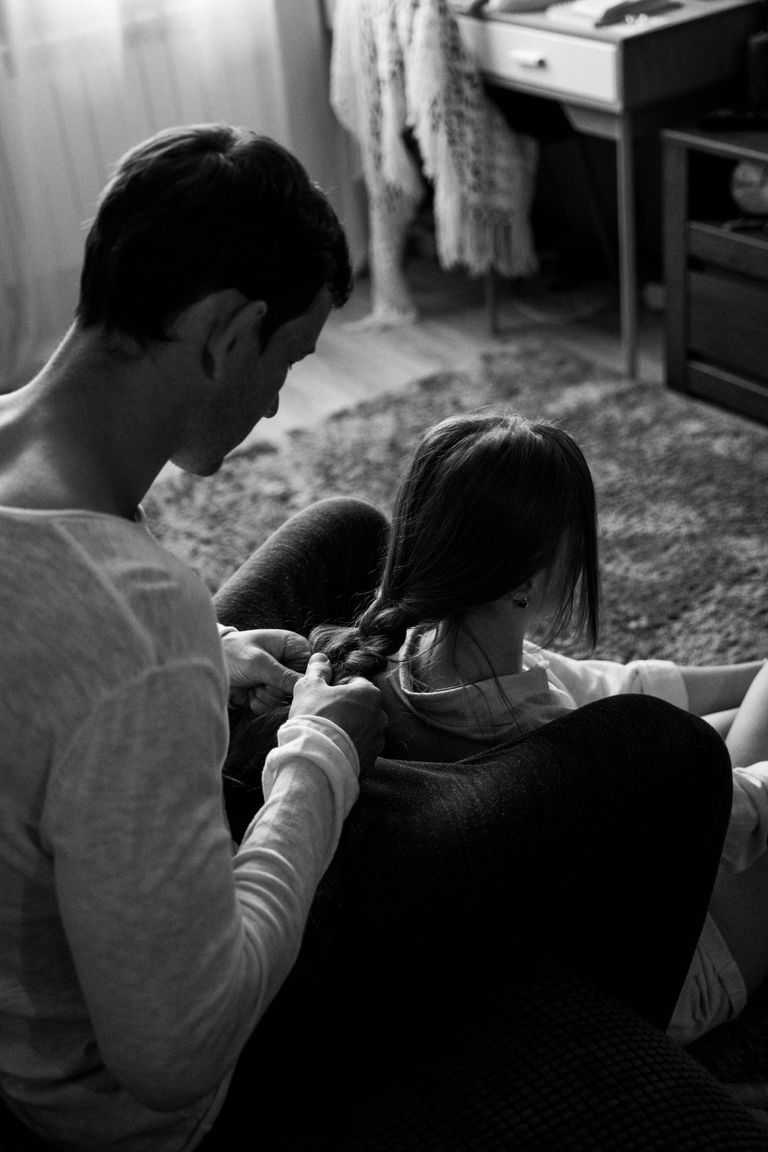 She nodded. “When mommy and daddy went to the angel, I got a new home…Yes, a foster home!” she suddenly remembered. “Officers told me…”

James felt terrible for her. She didn’t look older than seven and had to bear so much. That was indeed a lot for a young soul like her.

“You know, Angela, sometimes children can be cruel,” he said. “They do wicked things, and God punishes them when they do bad things. Those mean kids will be punished! I’m sure your foster guardians must be worried because you haven’t been home since morning. You should go home for them. Shall I come with you?”

Before Angela would say something, her stomach started gurgling, and tears welled up in her eyes. “I didn’t eat anything. I am hungry…”

James began to laugh. “Oh no! That’s a bigger problem! How about some hot chocolate and a sandwich? There’s a restaurant nearby.” 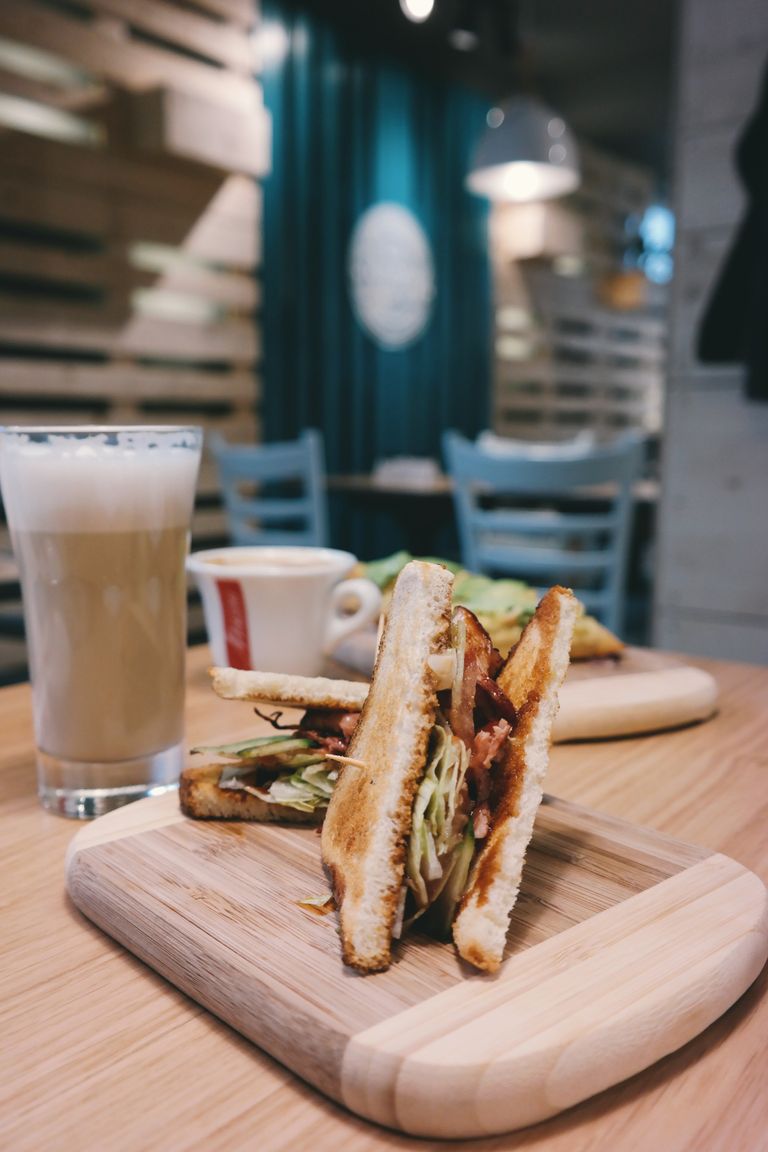 “Really? You are not a bad man…” she said quietly. “Mommy and daddy used to tell me strangers are bad, but you are nice. I like you. Thank you for caring for me.”

Angela’s words brought tears to James’ eyes. He had hated his life for as long as he could remember, but then, there was this little girl telling him that he was worth something—worth her praise and her gratitude.

“Thank you, sweetheart,” he said quietly. “Shall we?”

So James bought Angela a sandwich and hot chocolate but didn’t order anything for himself as he didn’t have enough money. While she was devouring her meal, he asked her about her home address, and though the directions were distorted, James figured out the address.

He took her home and found out her foster parents had been looking for her all along. “Oh, honey,” her foster mother, Caroline, hugged her. “We even called the cops because we were so worried.” 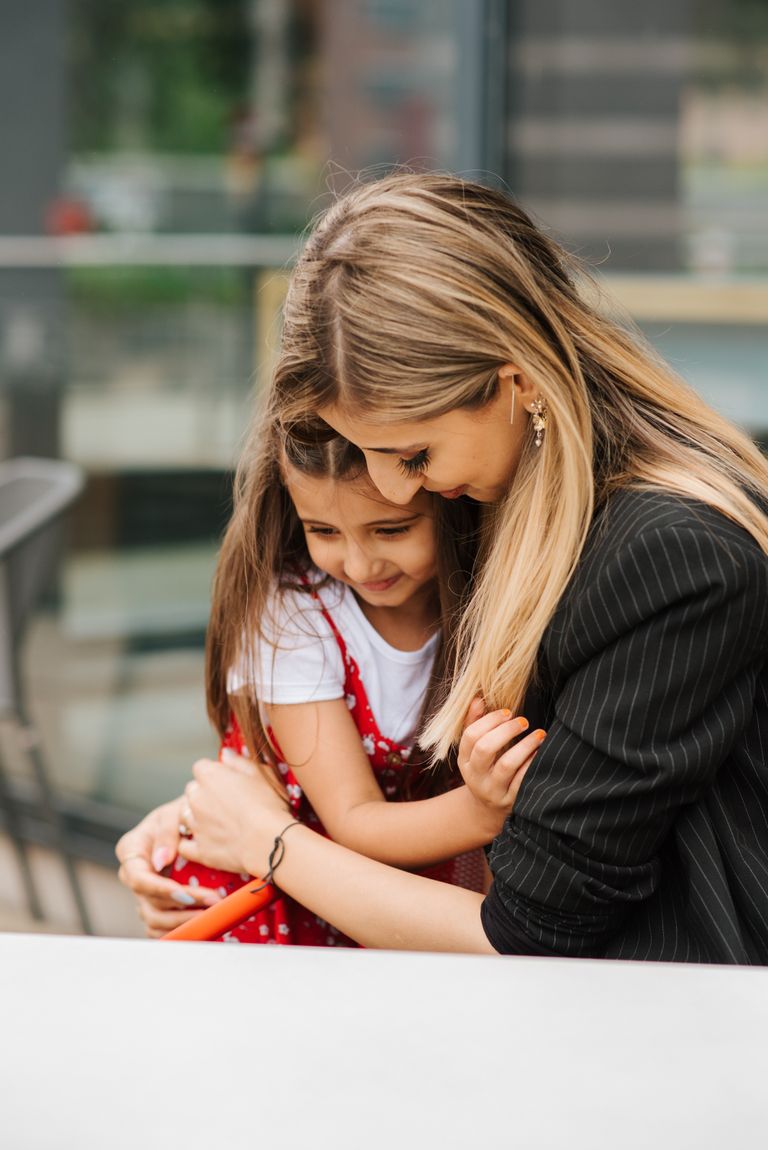 “I’m sorry, mommy,” Angela said in tears. Then she told her everything about how the other children were teasing her. Caroline was upset and said she would ensure they didn’t bother her again.

Meanwhile, Angela’s foster father, Andrew, thanked James for bringing her home safely. He also offered James some money, looking at his shabby appearance and learning he worked as a janitor, but James modestly refused.

He waved Angela goodbye and went home. However, he couldn’t get her out of his mind. “You are nice. I like you,” rang in his thoughts while he tried to sleep.

Then he was suddenly reminded of how embarrassed she looked when her stomach started making noises, and he laughed. He couldn’t believe it! “Wait, did I just…” He couldn’t recall the last time he’d been so joyful and laughed so hard. Angela had brought that change. 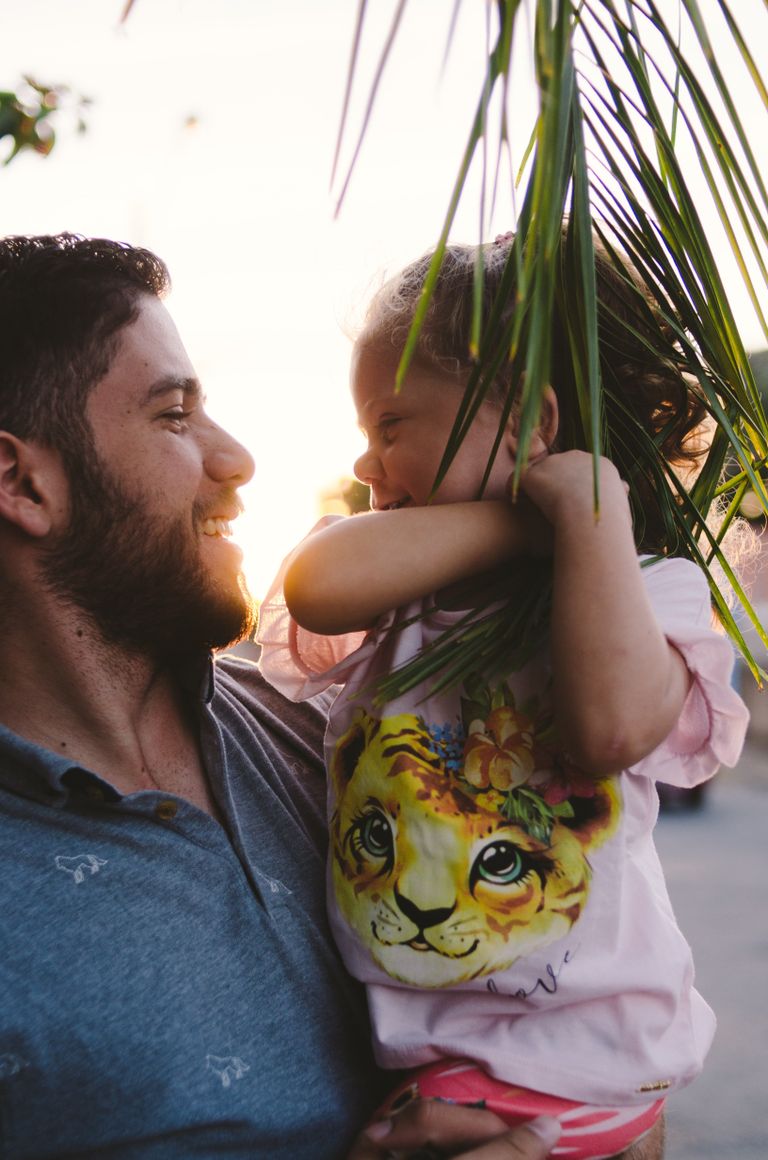 So from then on, James began visiting Angela on weekends, and they soon became good friends.

After having Angela around her, James began to see the bright side of life. He had always been unmotivated, but he resolved to try harder this time. Because of Angela, he decided to change his life.

“Can’t you be my daddy, James? I know my new mommy and daddy are nice, but you are like my first daddy. I want to live with you!” she said one day, and James felt like he was on top of the world.

After losing his children’s custody to his wife, he had been so alone. His children didn’t even talk to him. He knew he wanted Angela as a daughter too. However, he wasn’t financially stable to raise her.

So James worked hard, very hard, and finally managed to get a job at a small private firm. The salary wasn’t huge, but it was a small step he was proud of. 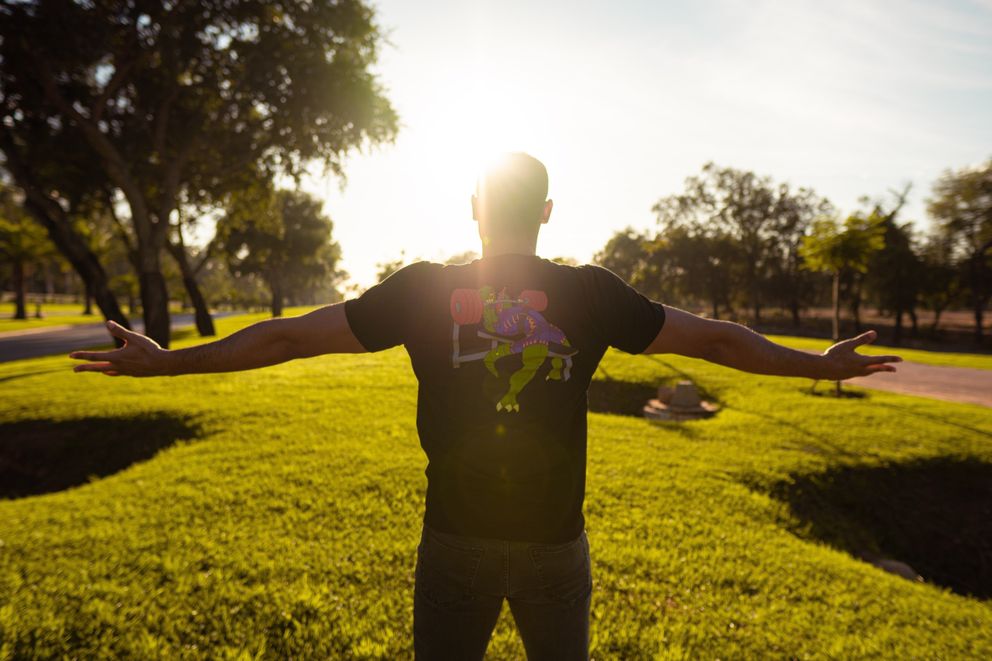 A year later, he was offered a job with another company, and the position was more senior this time. So though it all took time, James got his life back on track.

Then came the big day. He filled out the paperwork for Angela’s adoption, and not long after, he was the daddy to little Angela.

“We will always miss you, Angela. I know James will be the best daddy to you,” Caroline told Angela when the little girl was leaving.

James still wonders how things unfolded so positively for him. He had no idea that by helping the girl, he would help himself or that she would help him get out of the deep hole he had fallen into. 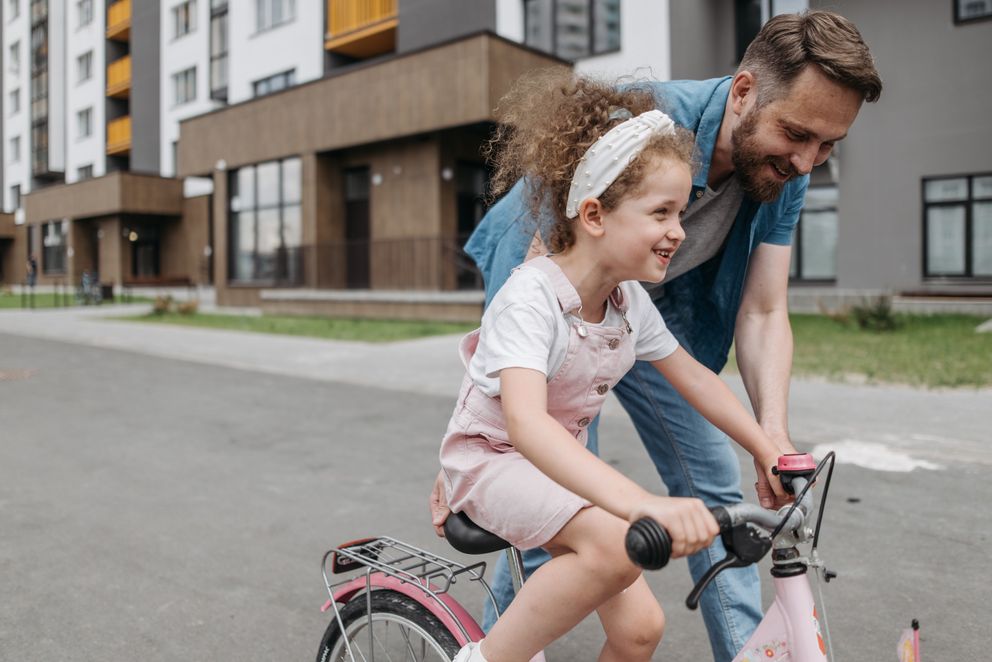 A child’s love can turn your life around. Moved by Angela’s thank you, James could look at the brighter side of life and get his life back on track.
Don’t give up; there’s always a silver lining in life. James was depressed and had given up on life, but after meeting Angela, his life changed.