Golden Globes Award winner John Ritter was only fifty-four when he died in 2003.

His death was a significant loss for Hollywood fans, loved ones, and family.
Since John’s demise, his widow, Amy Yasbeck, has continued to honor his memory.
Yasbeck chose to remain single and confessed that she would miss him more if she decided to date again.

John Ritter knew his homework when it came to acting his comedic roles. Fans would remember that he became a staple following his appearance in ABC’s “Three’s Company,” which earned him two prestigious awards.

His real life was also as admirable as his career. Although he was married twice, the second time was with a woman who has proven to be his soulmate. 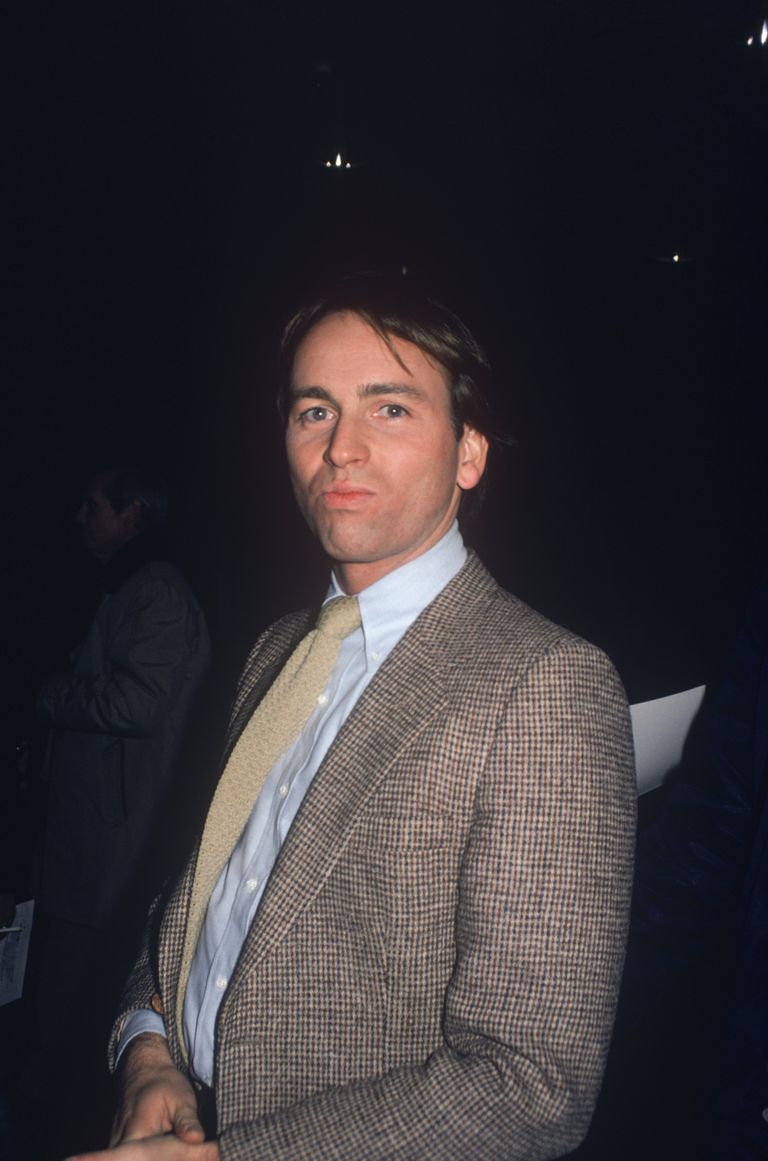 First, John married actress Nancy Morgan. They were together for almost two decades. Then, a few years before their divorce, he met Amy Yasbeck, an onscreen diva who starred in “Wings.”

The pair met in 1989 while working on the blockbuster film “Problem Child.” While recalling her first time working with John, Yasbeck confessed that she had not expected to co-star with the already famous actor.

Yasbeck was an upcoming actress at the time, and following her audition for “Problem Child,” she believed her co-star would be a “nearly nobody.” 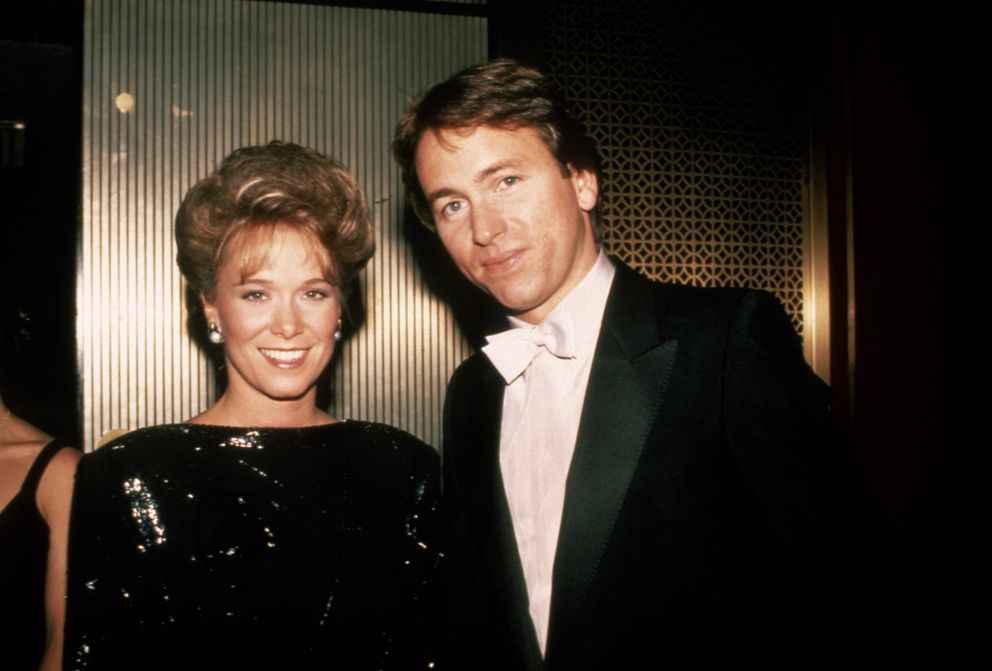 However, once she received the most unbelievable news from her agent, she felt over the moon! She gushingly recounted:

“John Ritter, John Ritter. I told you it was the most important audition of my life. I remember as she said his name, I had one of those echoic moments. Not deja vu—almost the opposite, a kind of flash forward. It was kismet-ish, fate-y.”

On September 25, 1989, Yasbeck, John, other prominent cast members, including Michael Richards from “Seinfeld,” and Jack Warden gathered for a read-through of the scripts. 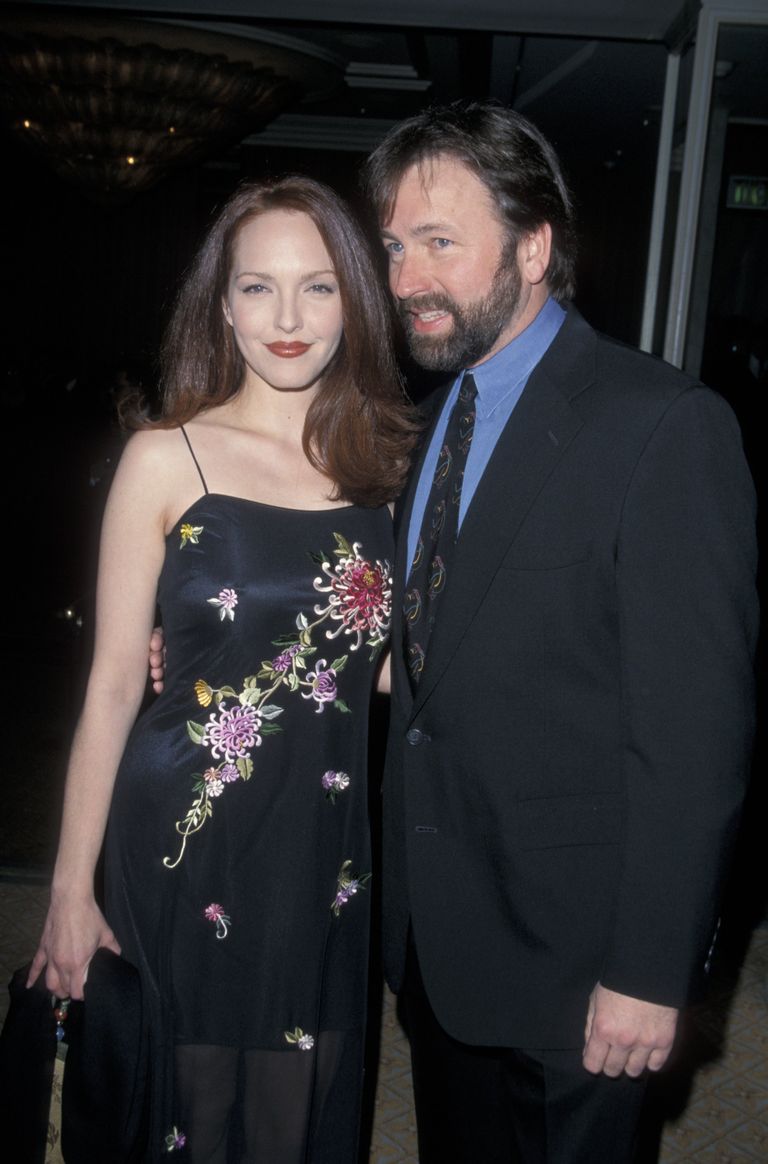 Warden, a full-blown film star, felt Yasbeck was a bit young for her role, but that did not affect her chances of playing the part. Eventually, she made quite an impression with her role and co-starred with John in “Problem Child 2.”

This was not the only time Yasbeck featured side by side with Mr. Healy from “Problem Child,” the duo went on to appear in “Wings,” and “The Cosby Show.” 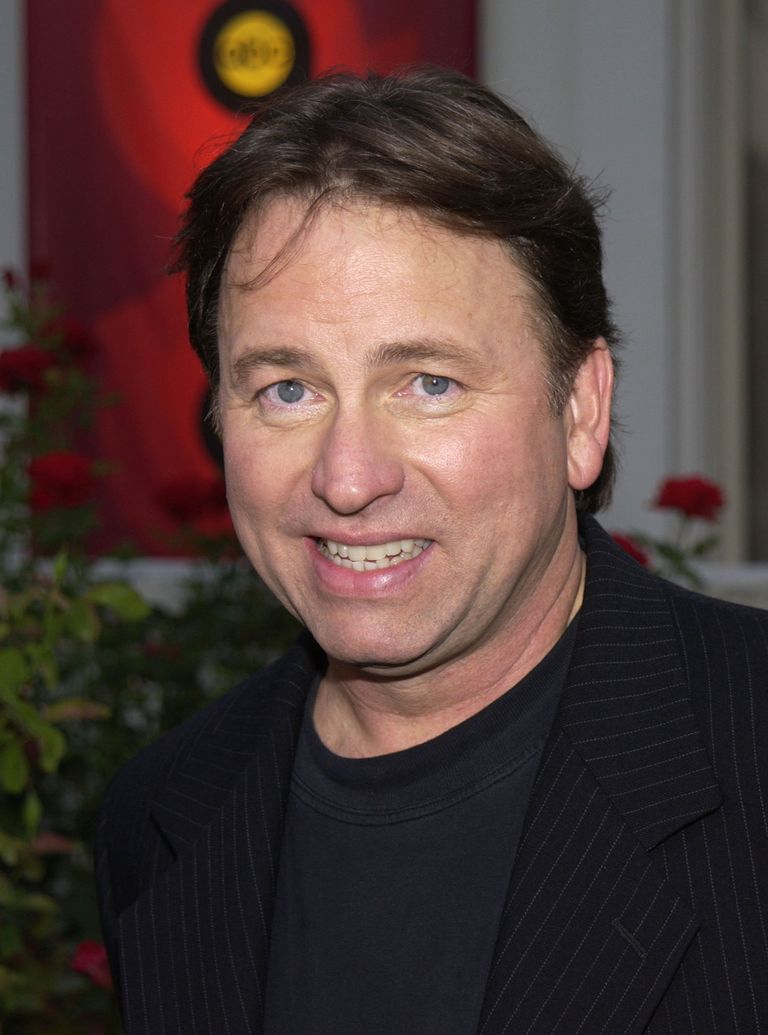 Apart from building a solid partnership onscreen — co-starring in various onscreen productions, they were in sync in real life and had developed an unbreakable bond. Through the years they worked together, their relationship progressed into friendship and later a romance.

Finally, the couple sealed their fate ten years after their first meeting by sharing their wedding vows. At the time, they were already parents to their first and only daughter, Stella Ritter. 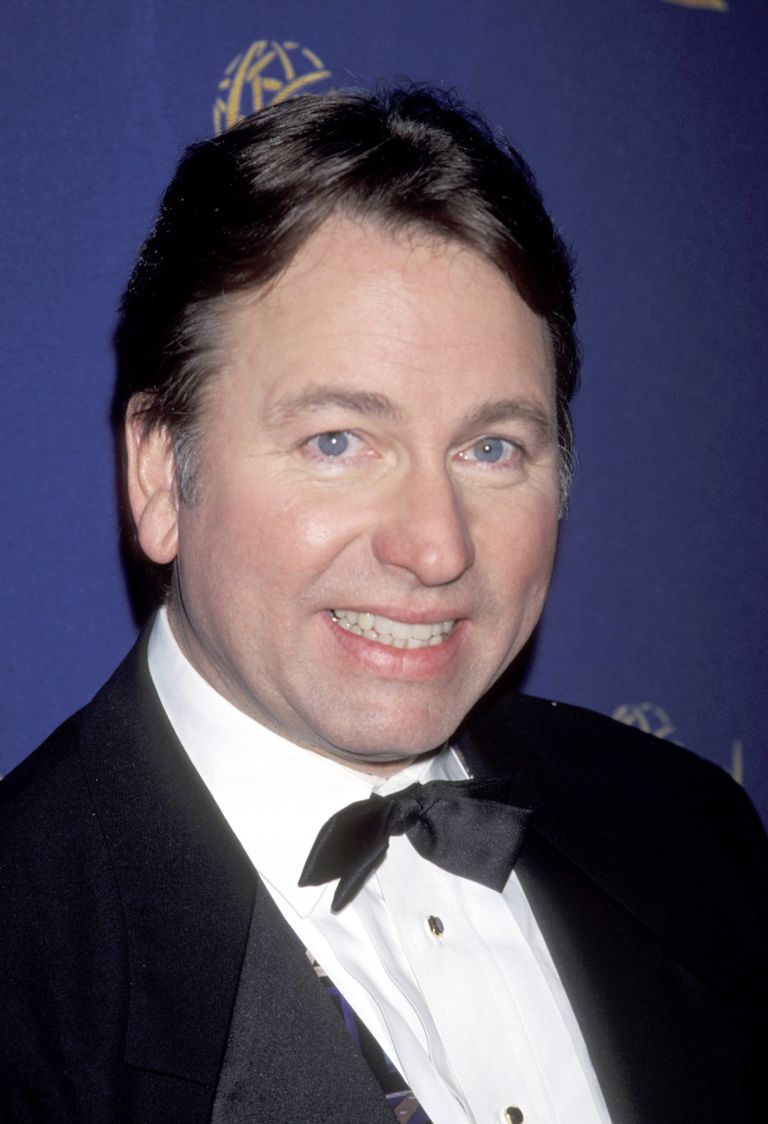 In 2017, sources revealed that Stella had transitioned to a man and bore the name Noah Lee. The couple remained married from 1999 to 2003. Sadly, their union was cut short after John’s untimely death did them part.

John Ritter’s Death and the Lawsuit That Followed

John was on the “8 Simple Rules” set when he fell sick. He was immediately taken to Providence St. Joseph Medical Center in Burbank. 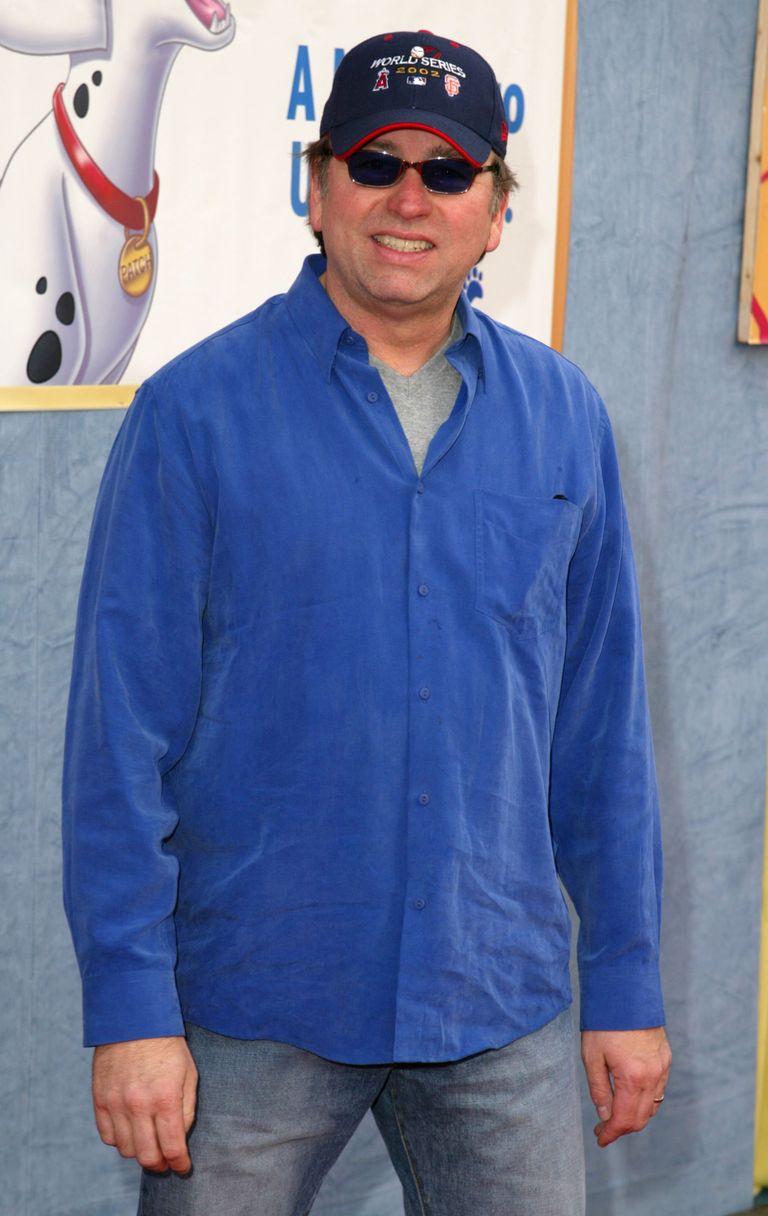 That was not his first visit to the hospital, as the actor had undergone a scan by Dr. Matthew Lotysch two years earlier.

Last year, she even shared a photo featuring her and the attorney rocking matching glasses and captioned it “power couple.

Following his illness, Dr. Joseph Lee contacted Yasbeck from the hospital. They informed her about her husband’s condition, explaining that he had a heart attack that needed timely surgery. 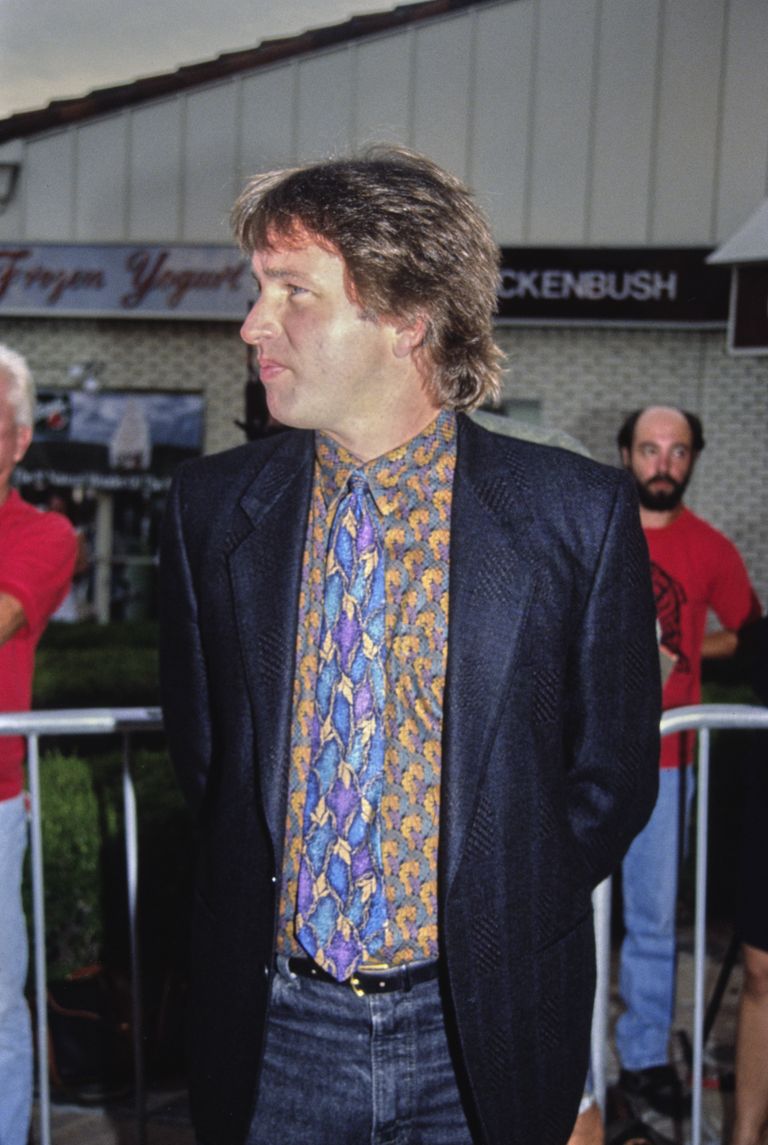 Although she asked for a second opinion on the matter but was told that time was of the essence and they needed to act fast, Yasbeck spoke to her husband softly, assuring him that he be well soon. She said:

“I leaned down to John’s ear and said, ‘I know you’re scared but you have to be brave and do this because these guys know what they’re doing.’ And he was brave for all the time I saw him.”

As John was wheeled away, he reassured his wife that he loved her by whispering the words which she mouthed back. But, unfortunately, this was the last time the couple ever saw or spoke to each other. 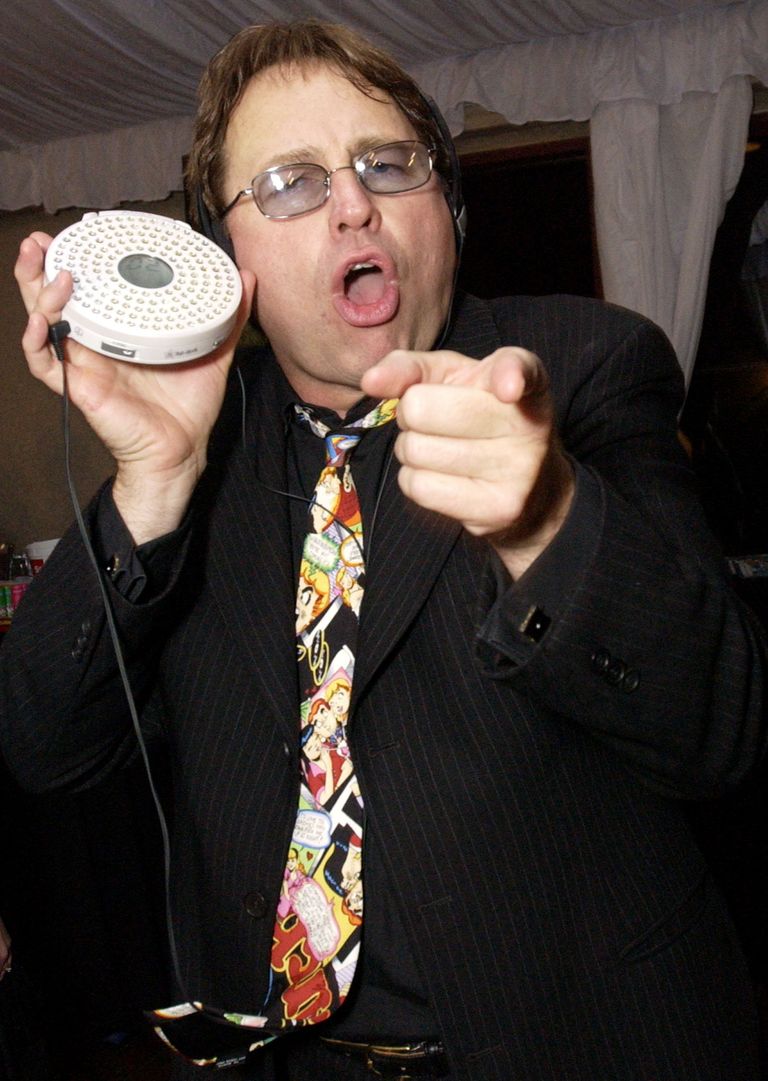 After the surgery, a surgeon met with Yasbeck, John’s ex-wife, and his son from their marriage, both of whom had joined the “Wings” star in waiting for John. According to the actress:

“He said it was over and John’s dead, that they worked on John for a long time but the damage was done by the time he got there. It was a fait accompli and John was dead.”

Following John’s demise, his widow and family sued two medical practitioners, Dr. Lee and the radiologist, Dr. Lotysch, for $67 million. It was a lengthy process that endured for five years. 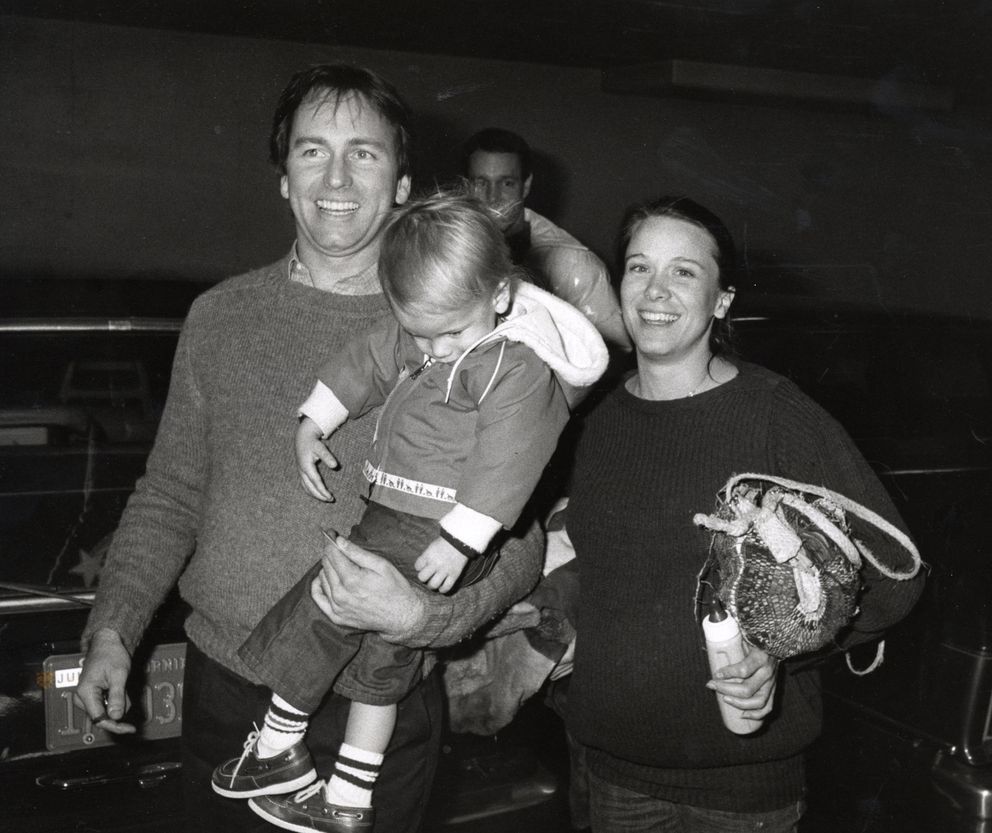 But in the end, the doctors were acquitted of any wrongdoings. Dr. Lotysch told the court that his patient’s scan showed the aorta was expected, but John suffered coronary artery disease quite early.

With the evidence tendered, the jury concluded that nothing could have been done to avert John’s death, as there was no time. 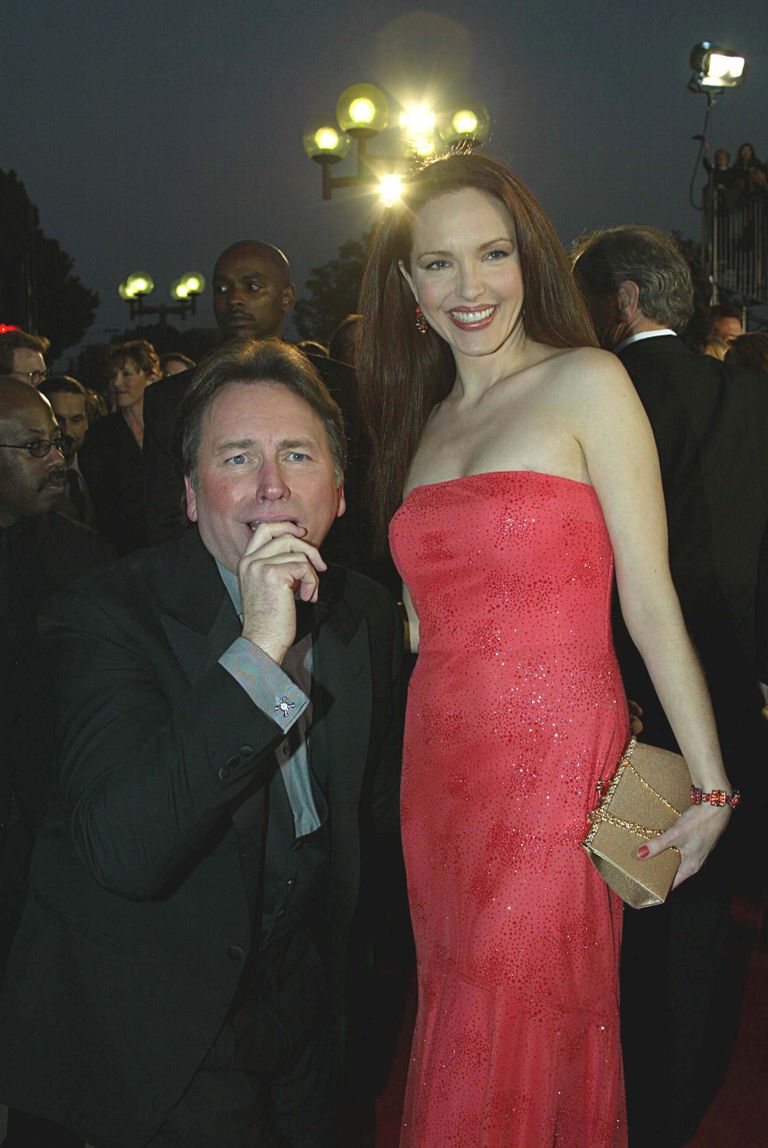 Despite the verdict, Yasbeck’s attorneys stuck by her. They maintained their conviction about the doctors being culpable. According to Michael Plonsker:

“We are still convinced the doctors contributed to John’s death, but the jury system worked. We’re going to evaluate and figure out what we’re going to do.”

Life without John was different for everyone who knew him—even for producers of the ABC series “8 Simple Rules,” which was only three episodes into its second season. 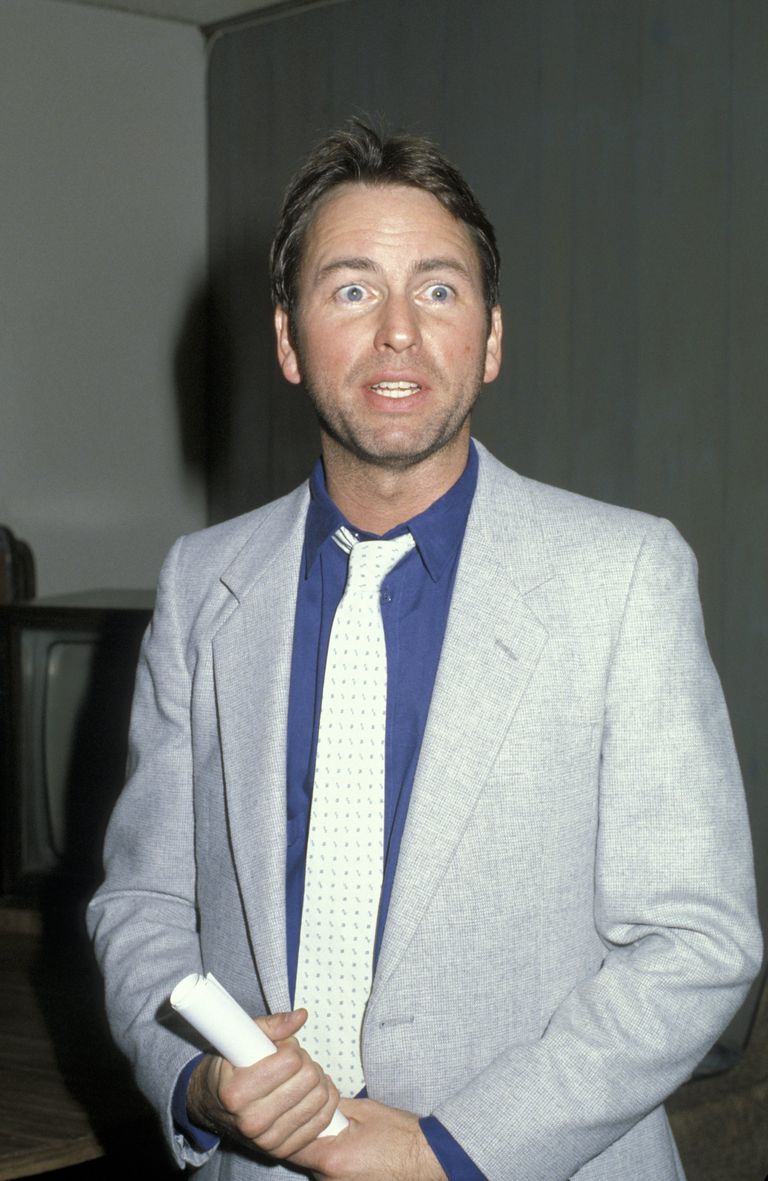 The show’s producers were unsure what to do until they spoke to Yasbeck and some of John’s co-stars, who consented that the show should go on.

Eventually, they continued with the show, addressing his death in the next episode. During the 2004’s Emmy Award, the actor was posthumously nominated for Outstanding Lead Actor in a Comedy Series.

John was also admired by his family, who wasted no time honoring him, despite his absence. A week after his death, Yasbeck opened a foundation called The John Ritter Foundation for Aortic Health in his honor. 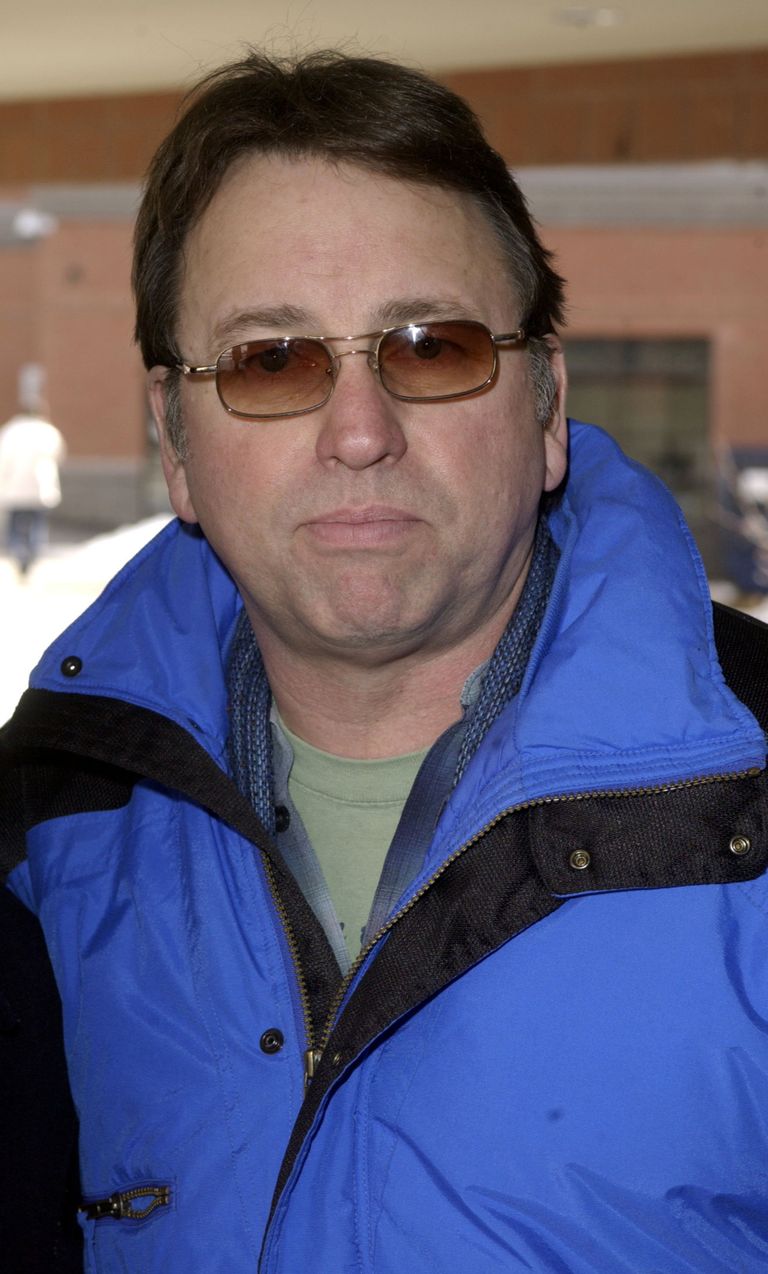 According to the website, the foundation is saddled with raising “awareness for thoracic aortic disease through genetic research, widespread education, and radical advocacy.”

More than ten years later, the “Wings” actress put up their 6,409-square-foot Beverly Hills home for sale for $6.5 million.

The couple had purchased it for $2.2 million in 1996, and they lived there until John’s demise. Yasbeck spent time renovating the estate before putting it on the market. 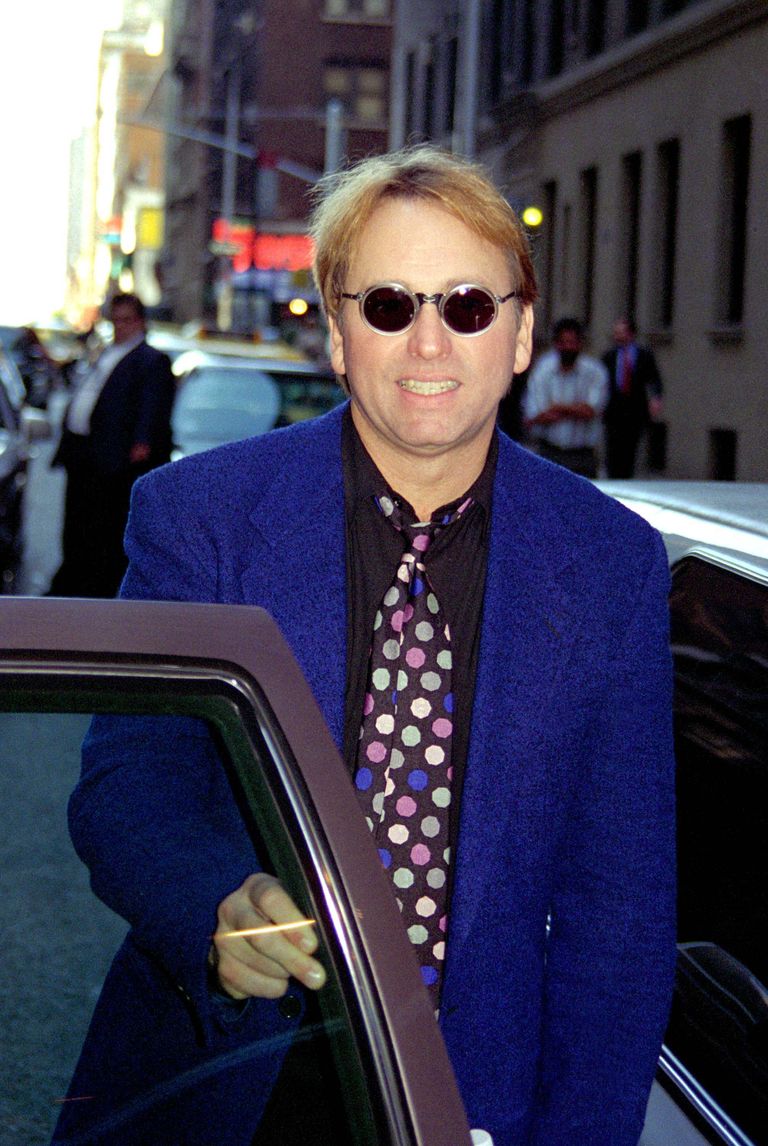 Another activity that swallowed her time was acting. However, the actress never gave up her career. Through the years, she has kept herself busy, appearing in features including “Pretty Little Liars,” “Bones,” and “Hot in Cleveland.”

At one time, many believed Yasbeck was in a relationship with her lawyer, Plonsker. However, the pair grew close, and in the past, they have been seen attending one or two red-carpet events.

Last year, she even shared a photo featuring her and the attorney rocking matching glasses and captioned it “power couple.”

While many speculated that John’s widow had moved on, Yasbeck shocked the public during her interview with People a few weeks ago. She revealed:

“I don’t date. I mean, it could happen. I’m not in the mood. I think I would miss John more if I was dating, as weird as that sounds. But because I always feel like he’s with me, and that would be weird because in that case, three is not company.”

Whether or not Yasbeck is dating anyone does not affect the fact that she respects and honors her deceased husband and is dedicated to keeping his memories alive. At the same time, she enlightens the world and family about the condition that claimed John’s life.