Many children of popular artists aren’t too keen to live in their parent’s shadow and choose to pursue a life more separated from their legacy. Among them is Julian Lennon, the eldest son of former Beatles member John Lennon. While Julian has said he would never even consider covering one of his father’s most famous songs, “Imagine,” a reason compelling enough for him to go back on his word surfaced in 2022.

Julian was born to John’s first wife Cynthia Lennon on April 8, 1963. Now in his 50s, Julian is an accomplished musician himself and has grown up to look just like his famous dad. However, despite their unmistakable resemblance, their relationship was far from rosy.

Though the family may have seemed picture-perfect on the outside, their relationships were far rockier. Speaking to The Telegraph, Julian said his father John may have preached love across the globe but rarely showed it to his own family.

“Dad was a hypocrite. He could talk about peace and love to the world but he could never show it to his wife and son,” Julian expressed in a particularly bitter and notorious interview during the 1980s.

In fact, John wasn’t even present for his birth: Cynthia had to endure labor alone while the Beatle flew to the other side of the continent, as reported by Express. Some experts claim that this was the standard during the early 1960s; fathers were rarely expected to be present. Still, the absence seemed to be more of a trend than a tradition in John’s case.

Despite these challenges with his father, Julian has grown to gradually accept his family history and forgive any past pains and in 2022, Julian decided he would use his clout as a famous son for a charitable cause. 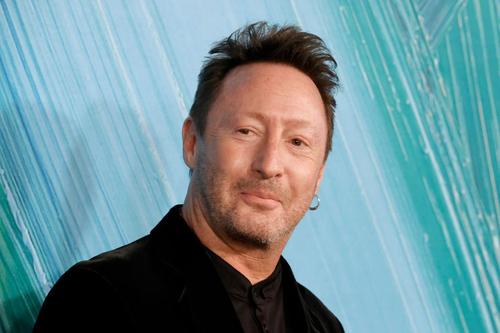 In April 2022, a Stand Up For Ukraine event was launched to raise funds for those affected by the war in Ukraine. Julian immediately felt like he needed to contribute and decided he would break his vow never to perform “Imagine.” He posted a clip of his stripped-down rendition of the famous song on YouTube, which has since garnered more than 2.9 million views. “The War on Ukraine is an unimaginable tragedy … As a human, and as an artist, I felt compelled to respond in the most significant way I could,” he wrote in the description of the video.

He also explained why he was going back on his word.

“Why now, after all these years? — I had always said, that the only time I would ever consider singing ‘IMAGINE’ would be if it was the ‘End of the World’… But also because his lyrics reflect our collective desire for peace worldwide. Because within this song, we’re transported to a space, where love and togetherness become our reality, if but for a moment in time … The song reflects the light at the end of the tunnel, that we are all hoping for …” Julian wrote.

Julian told Consequence while he was “fearful” of performing the song, he was “overwhelmed at the response.” He added, “The only thing I can say about it was it was the easiest thing to do, and it was the hardest thing to do.” So, will he ever perform it again? “I’ve had a few requests to sing it live, and I’m going, ‘No, I’ve done my bit. That’s it. Onward with my work and my life now,” he said. “I have a hankering to get on with my own life and my own work.”

What do you think of Julian’s version of the song? Did you know Julian is also a talented musician like his father as well? Let us know and don’t forget to pass this along to friends, family and music lovers, too!