Kate Middleton has shown her grace and poise for as long as she’s been together with Prince William. Whether it’s admiring her kind and patient demeanor or her stylish fashions, the Princess of Wales has truly won the hearts of the public.

In 2021, amid a tumultuous time for the royal family and following the death of Prince Philip, it appeared that the queen had given her a “seal of regal approval,” according to royal commentator Daniela Elsner writing for news.com.au. The approval came from a pearl necklace that Kate wore for Prince Philip’s funeral, which was lent to her from the queen’s own personal collection.

The queen’s jewelry collection was extensive, and she was known to lend pieces of it out to her grandchildren. In July 2020, the queen lent her granddaughter, Princess Beatrice, a dress and diamond tiara for her wedding to Edoardo Mapelli Mozzi. Furthermore, the tiara happened to be the same one that the monarch wore on her wedding day, adding to the sentimentality since Beatrice and her grandmother are very close.

Lending a piece of jewelry to Kate, and especially considering the occasion at which she wore it, says a lot about the queen’s approval of the Princess of Wales. But it’s not the first time she wore the iconic pearl choker with matching diamond and pearl drop earrings — Kate wore it several years ago in 2017 to commemorate the queen and Prince Philip’s 70th wedding anniversary, which further adds to the meaning of her wearing it again for his funeral. 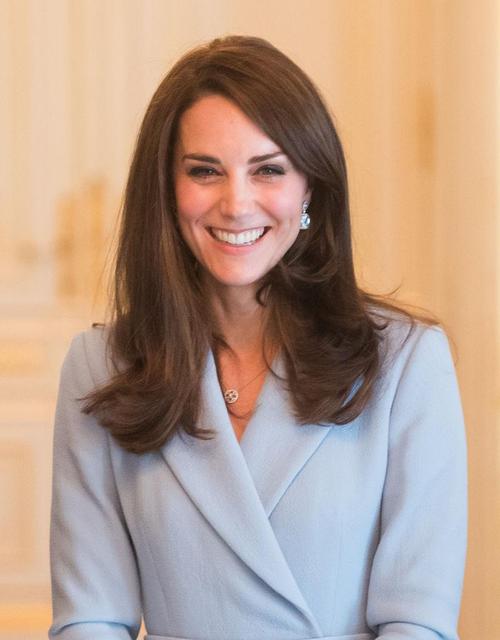 “If there was any doubt about the Queen’s feelings about her granddaughter-in-law, then the four-strand diamond-clasped pearl choker and diamond earrings which were worn by Kate and lent to her by Her Majesty, served as a priceless seal of regal approval.”

“The choker was commissioned by the Queen in the ’70s and in 1982 Diana, Princess of Wales, donned the piece for a banquet for the Dutch royal family.”

The pearls were a gift from the Japanese government. It’s said that pearls are part of a historical royal tradition that spans thousands of years. Speaking with People, Leslie Field, who wrote the book “The Queen’s Jewels,” explained:

“Pearls are traditional for Queens going back one thousand years- there has never been a Queen who didn’t wear pearls. They were rare, beautiful and lustrous and the more you wear them, the more lustrous they become.”

Queen Victoria, Queen Elizabeth II’s great-great-grandmother, was well-known for wearing pearls. In fact, pearls became known as “mourning jewelry” due to Queen Victoria’s wearing of them. Following the death of her husband, Prince Albert, when she was just 42 years old, she famously wore black for 40 years until her death. Alongside black clothing, she wore strands of pearls from that day on, which are thought to symbolize tears, as well as either colorless or black jewelry to complete her somber looks.

Since both Queen Elizabeth II and Prince Philip were both related to Queen Victoria — she was both of their great-great-grandmothers — it adds even more meaning to Her Majesty lending Kate Middleton her pearls. 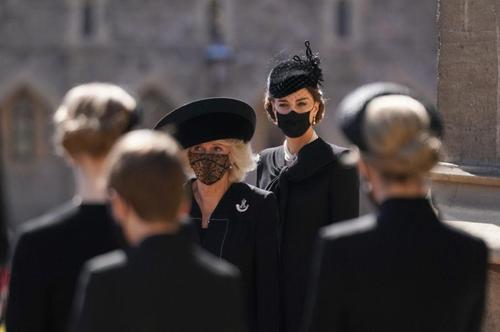 Elsner also described Middleton as showing “true leadership” at Prince Philip’s funeral in the way that she put aside any alleged tensions between Prince William and Prince Harry. As it was the first time Prince Harry and Prince William had reunited since the fallout from Harry and Meghan Markle’s bombshell Oprah Winfrey interview, all eyes were on them to see how they would interact.

Royal fans did notice that Harry sat opposite the Prince and Princess of Wales during the funeral’s chapel service, but when he was pictured speaking with them after it had ended, it signaled a positive sign in their relationship. Kate appeared to approach Prince Harry and speak with him first before Prince William joined.

While the interactions of the royal brothers got off to a cold start, it’s clear that by the time the ceremony ended, they’d warmed up a bit. In fact, following their brief conversation at the ceremony’s end, the brothers met for “peace talks,” as reported by the Daily Mail, away from the cameras in Windsor Castle and with the inclusion of their father, King Charles III.

Elsner added that Kate put “whatever her own personal feelings (were) aside for the better of the Crown and the family at a critical moment.” She went on to compare her with the Queen Mother:

“Like the Queen Mother during the London Blitz, that selflessness will go a long way to garnering public respect and to adding a much-needed modicum of dignity to proceedings after the grubby ructions of the last couple of years.” 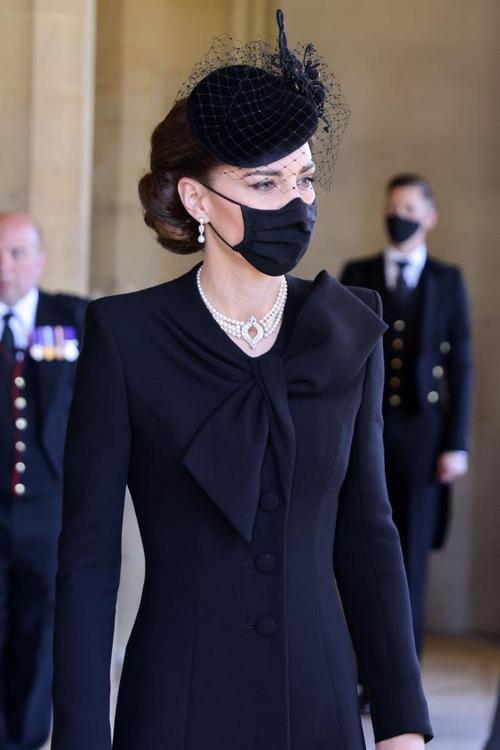 What do you think of the queen giving Kate Middleton the “seal of regal approval” before she passed? If you found this article interesting, then be sure to pass it on to your friends!