Katie Holmes Turns 44: Inside Her Life with Daughter & New Partner

Katie Holmes is famous for her Joey Potter role on “Dawson’s Creek” as she is for her long-term relationships. But despite all her romantic endeavors failing, she has given love another chance and has a new beau.

Katie Holmes’ first actual brush with true love came when she met “The Flash” actor Chris Klein. While the details of their meeting remain unclear, the teen heartthrob and the beautiful young actress began dating in 2000.

They became engaged in 2003 and dated for two more years before ending their relationship in 2005. Despite their failed romance, they remained friends even though Holmes would move on shortly after. 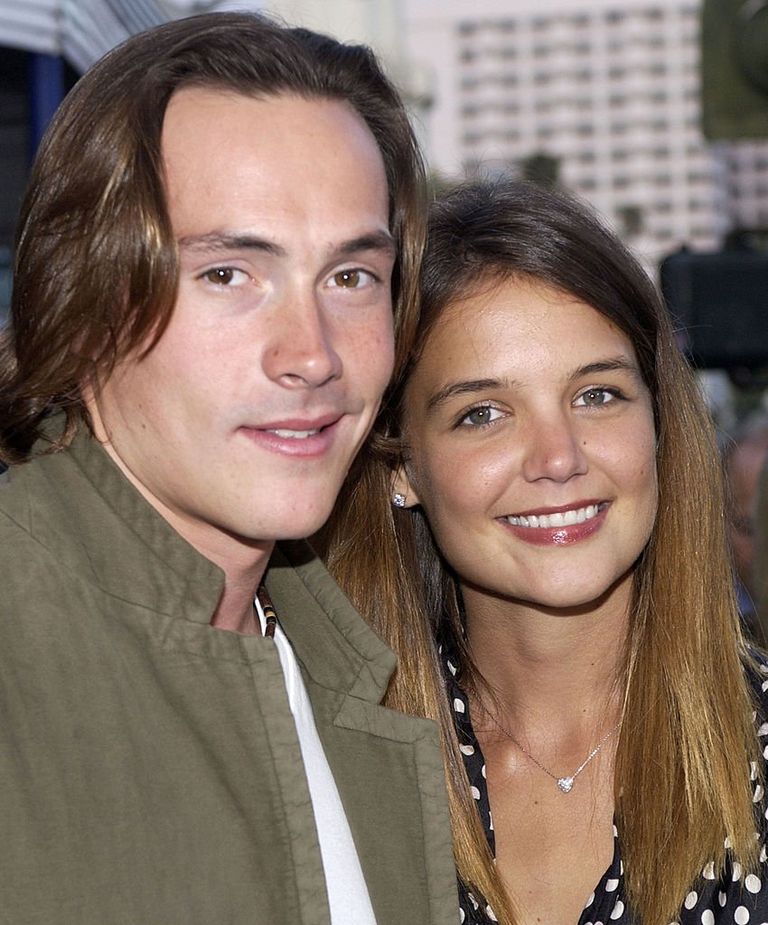 In April 2005, Holmes started dating “Mission Impossible” actor Tom Cruise, a relationship that threw the media houses into a frenzy. They first made the relationship public during the David di Donatello Awards in Rome.

Shortly after, Cruise professed his love for the actress when he appeared on Oprah, and a few months after they started dating, the “Top Gun” actor popped the question atop the Eiffel Tower. 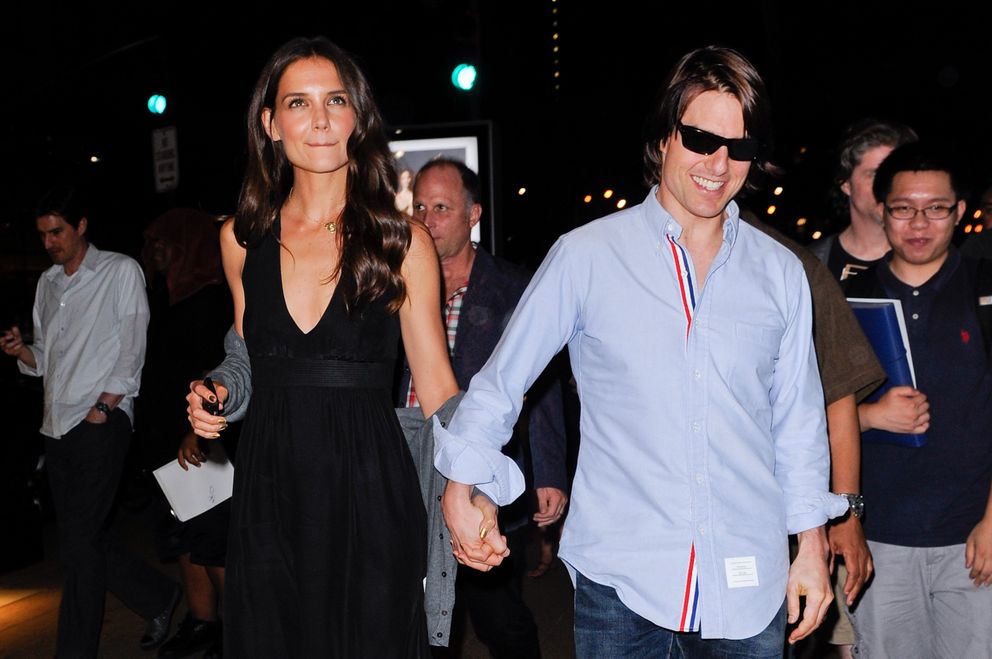 They, however, did not set a date for their wedding, and only months later, Holmes’ pregnancy became public. Rumors became rife that her Catholic parents disapproved of their relationship since Cruise subscribed to a different religion.

Shortly after they began dating, though, Holmes reportedly adopted Cruise’s religion. They married in a Scientologist ceremony at the 15th-century Odescalchi Castle in Bracciano, Italy, welcoming their little girl, Suri, Hebrew for “princess,” on the first anniversary of their first date in April 2006.

The couple’s relationship survived another six years before Holmes “blindsided” Cruise with a divorce in 2012. That also became the last time Cruise saw his child.

According to Samantha Domingo, a former follower of the Scientology Church, their sighting was for show. In reality, Cruise is “not allowed” to have a relationship with his teenage daughter because she’s not a Scientologist. 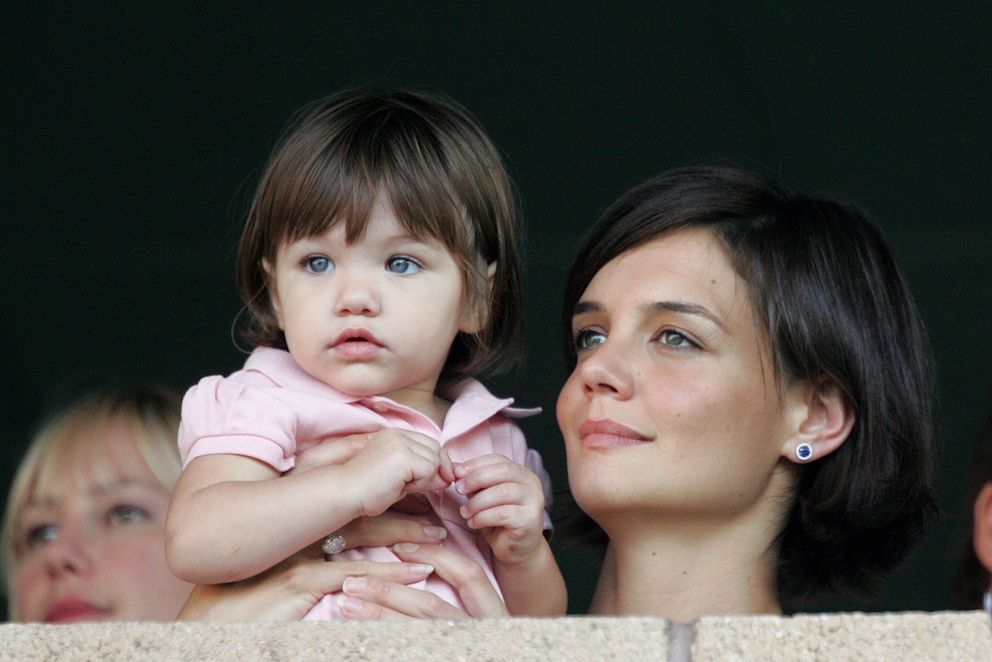 Another source shared with Us Weekly that Cruise’s church did allow their members to see their children, and it was Cruise’s choice to stay away from his daughter.

Following the unlikely developments and the highly publicized divorce, Holmes began focusing solely on raising her daughter as a single mother. 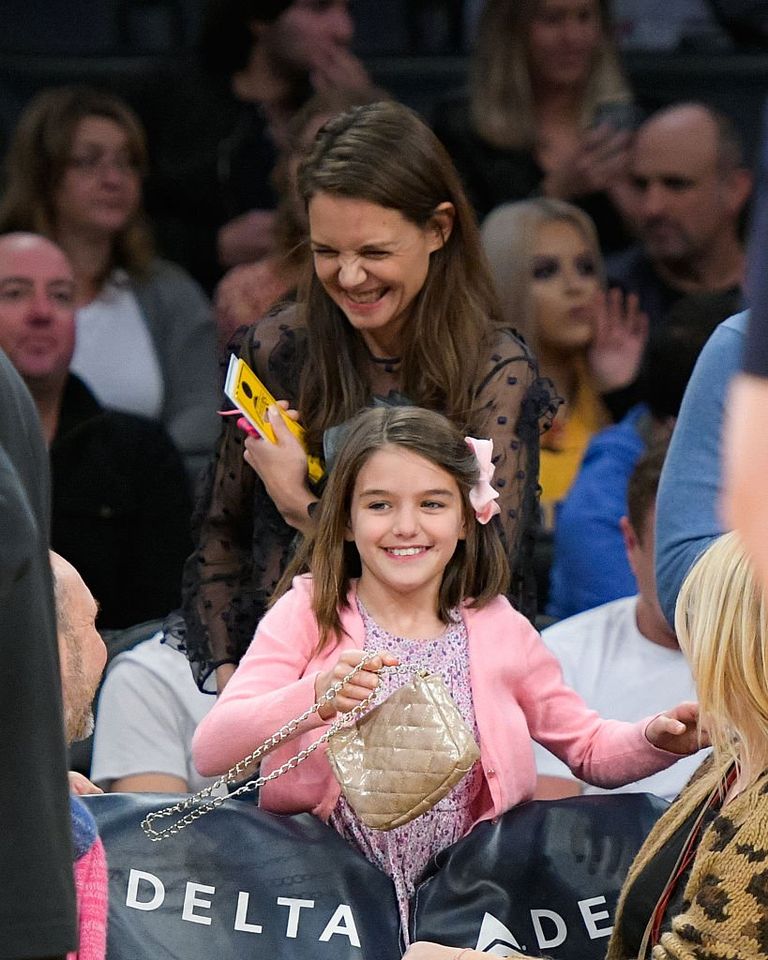 In 2013, Holmes started a fling with “Annie” actress Jamie Foxx. Theirs was supposed to be a secret relationship, with the pair preferring meeting up late at night at hotels and sneaking out back entrances to avoid tattletales.

But it was soon out in the open after they were pictured holding hands. And while it may have started as a fling, it became a full-blown relationship that lasted six years. 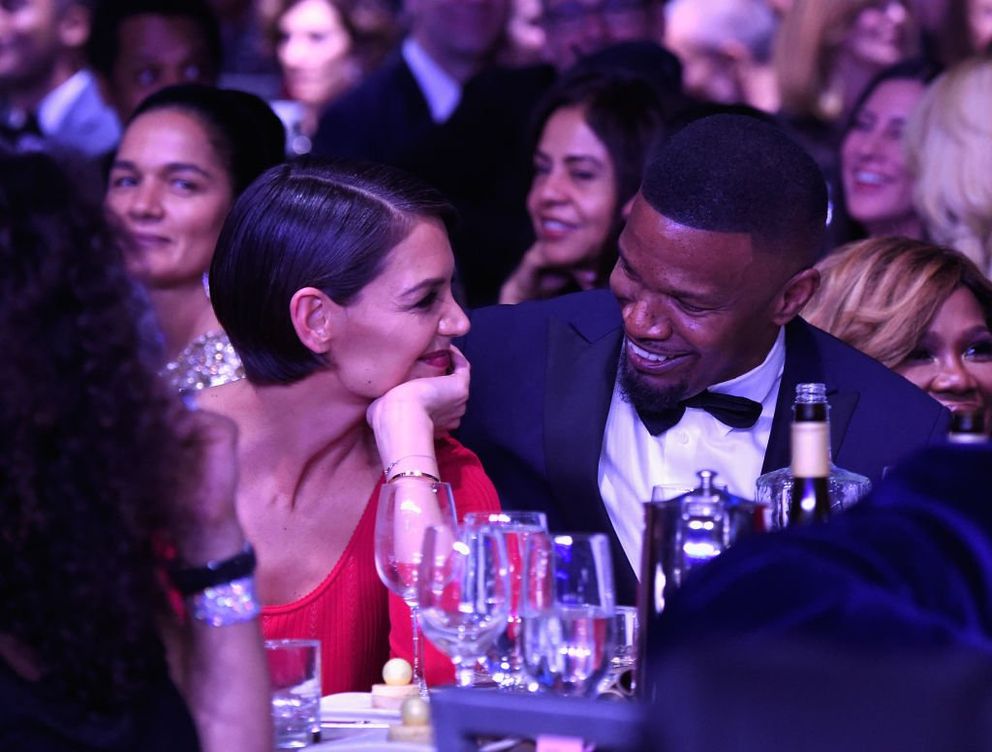 Unfortunately, only weeks after their much-heralded first red carpet appearance at the Met Gala, the pair broke up amidst rumors that Foxx had cheated on the actress. A source overheard Holmes telling a friend:

“What Jamie does is his business — we haven’t been together for months.”

Committed but Short-Term Relationship with Emilio Vitolo Jr.
Finding love after a nasty breakup is almost impossible for most, but “The Dark Knight” actress soon found love with chef and restauranteur Emilio Vitolo Jr. 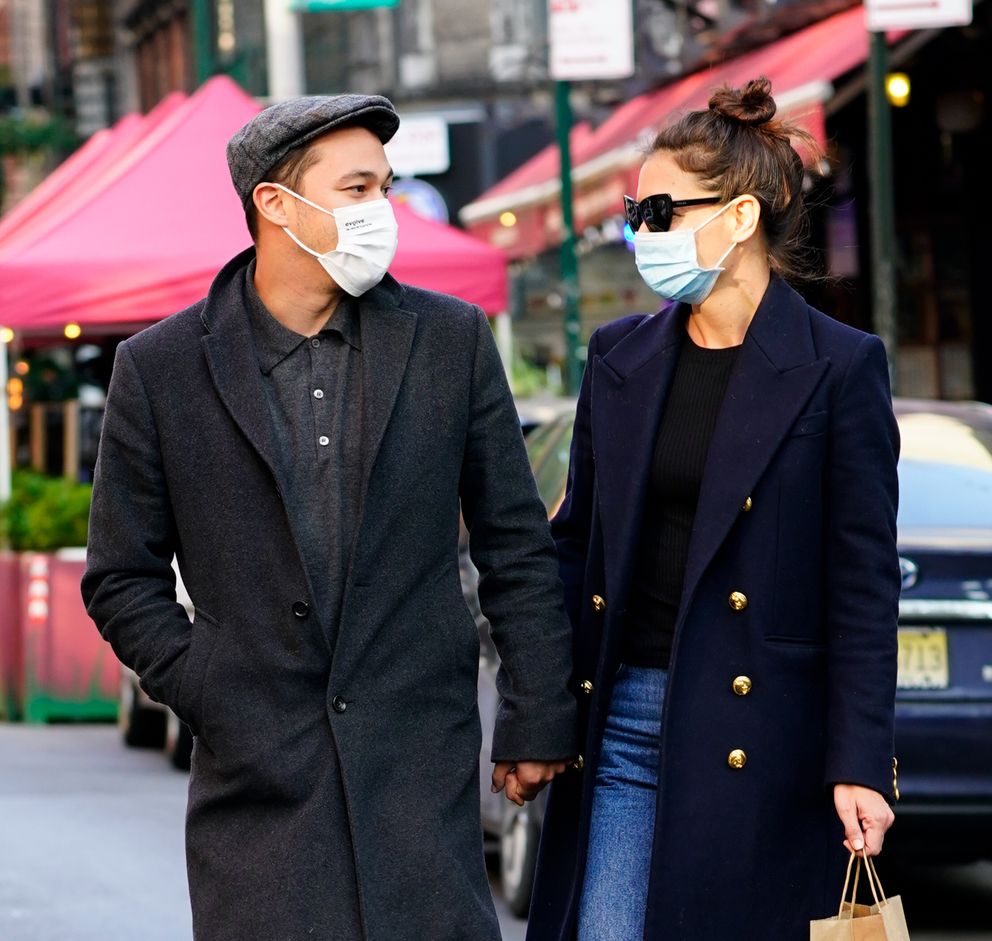 The two first became public in September 2020 after a photo of them taking a stroll in New York City emerged. They seemed to be moving fast, and just two months in, Holmes seemed to be head over heels in love.

“They are always laughing when they’re together. It’s constant smiles and loving looks between them and Emilio’s friends more than approve of Katie. They think she’s so great for him.” A source said. 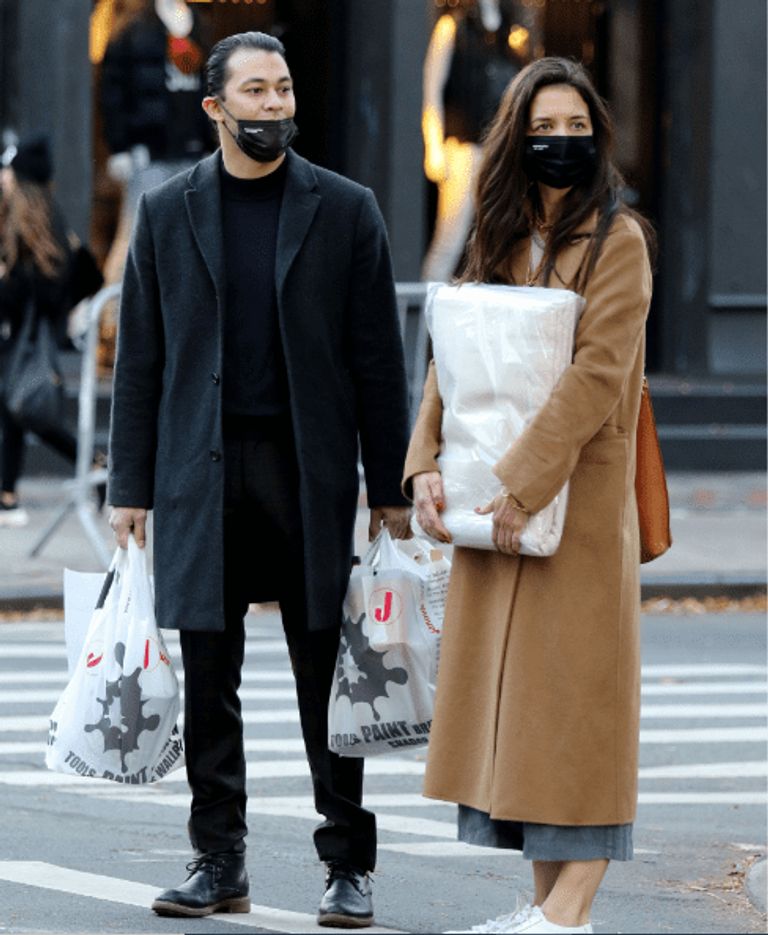 Vitolo Jr treated her like a princess, and it was evident the two felt the same about each other. A source would tell Us Weekly of the blossoming relationship and Holmes’s thoughts:

“She feels so blessed to be with a centered, down-to-earth, kindhearted companion who isn’t affected by the fame and puts happiness and traditional values first.” 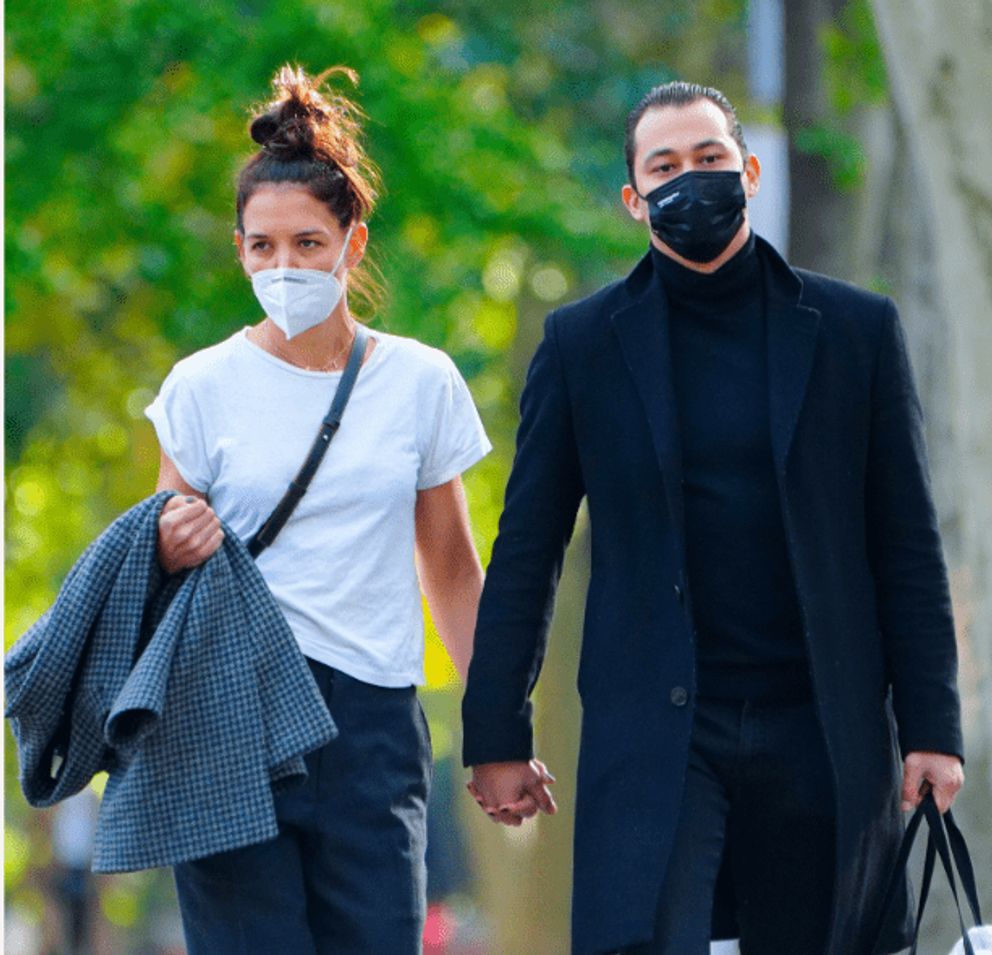 A source also disclosed that the two often acted like teenagers in love, and when asked about Holmes, Vitolo Jr. would smile and blush. It appeared they were in it for the long haul when Vitolo Jr. introduced Holmes to his father with a source explaining to Us Weekly at the time:

“Emilio Sr. met Katie last week, and they seemed to get along great. Katie was making him laugh, and Emilio Sr. seemed very happy with Katie as well.”

Unfortunately, their seemingly perfect romance ended less than a year later. According to sources, the two decided they were better off friends and wanted to give each other space. And despite the breakup, they had no bad blood between them and remained friends. 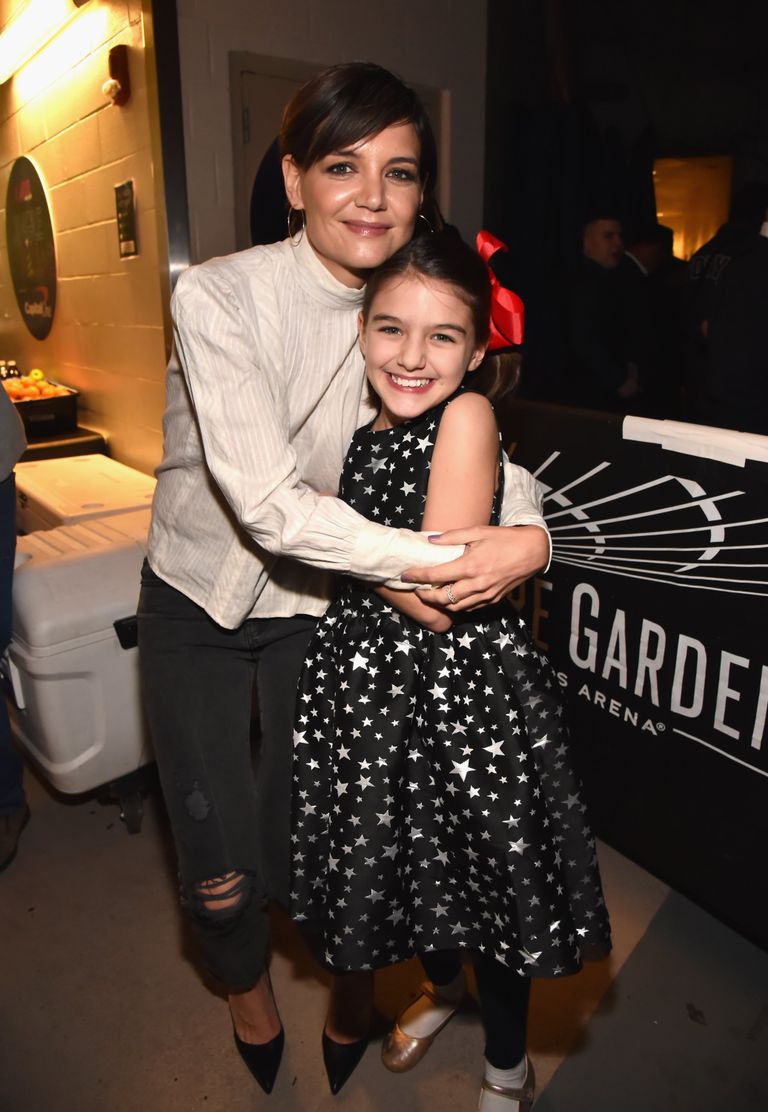 Following her split from Vitolo Jr., the actress decided to take some time off dating to focus on raising her daughter. And from their relationship, it appears evident that she is doing an excellent job of it. According to an insider:

Holmes may have been taking a break from dating, and when she first met Wooten, she was apprehensive. However, she decided to give love a chance, and as Hollywood life reports:

“But she agreed to go on a date with him because there was a mutual attraction and one date turned into two, which turned into three. And now here they are.”

The Broadway-performing bassist and the actress appear to be smitten with each other. Despite the relationship being reasonably fresh, Holmes is reportedly looking forward to the possibility of a “happily ever after.”

The two are in it for the long term, as the actress has already introduced Wooten to her mom. During a stroll through New York, where they held hands, Wooten also gave Holmes’ mom, Kathy, a hug. 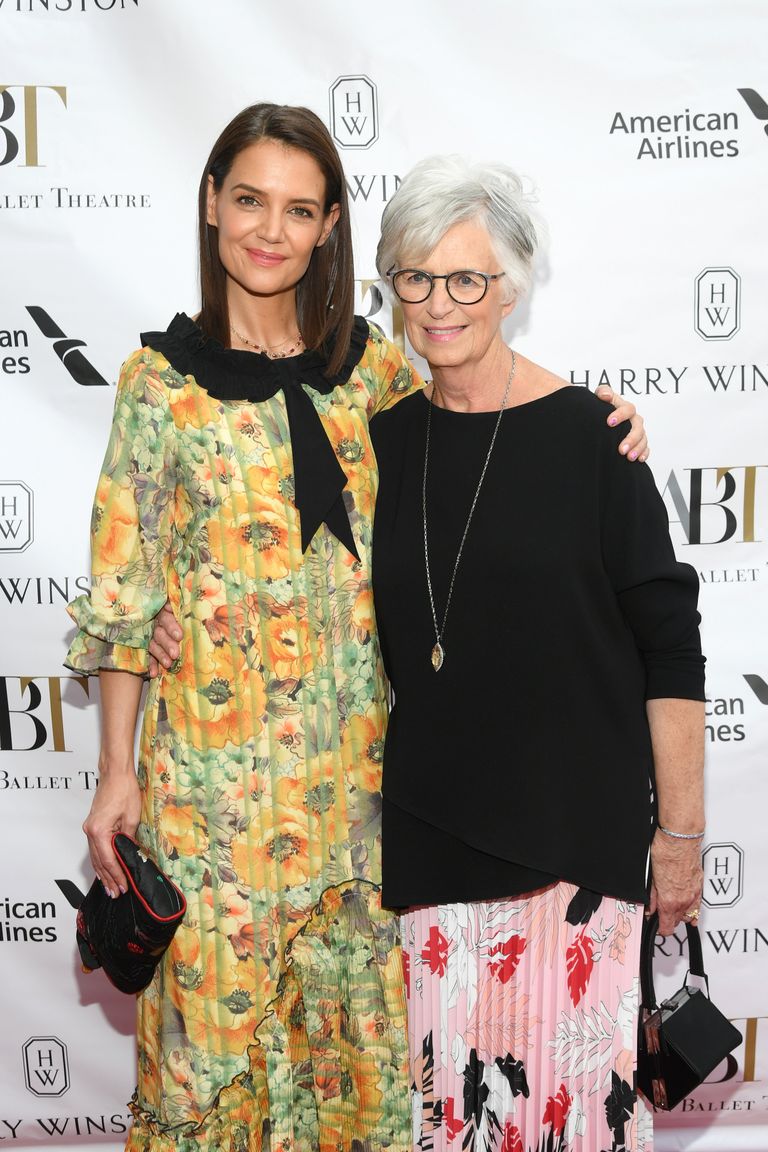 Wooten appears to be a good guy and will be a wonderful friend to Holmes’ daughter in the future. Holmes may just have finally found “the one” after decades of searching, and we wish her nothing but the best.