Keanu Reeves has worn the same look for the last 25 years, and even though he has made millions in his lifetime, he would rather give it away than spend it on expensive outfits.

Keanu Reeves is a Canadian actor, born in Beirut on September 2, 1964, and raised in Toronto. He is mega successful by any standards, having starred in blockbuster films like “Speed,” “The Matrix” trilogy, and “John Wick.” Despite his notoriety, Reeves is one of the most humble people in Hollywood.

Not only is he humble, but he is also relatable and has no problem rubbing shoulders with ordinary people. He has none of the bravado and entitlement that celebrity status should afford. And he can connect with the wealthy or homeless man on a basic, human level. It’s hard to find someone who doesn’t like Keanu Reeves. 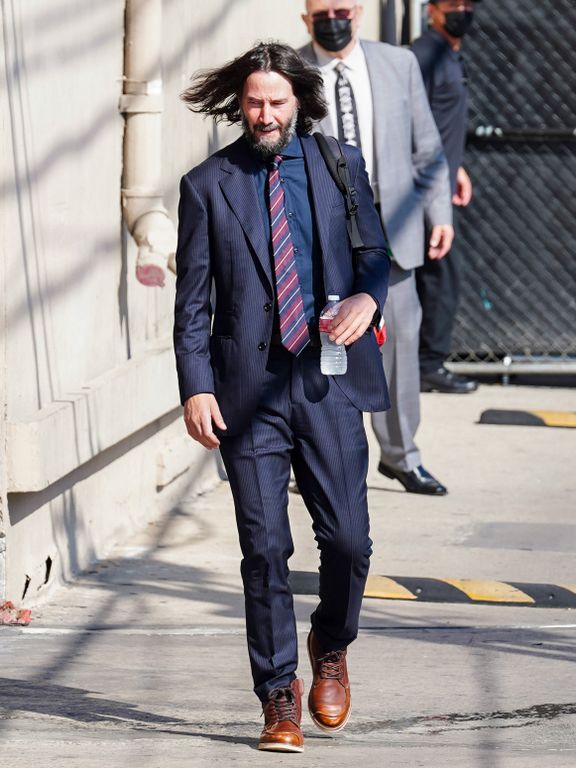 The “Point Break” actor is known for his generosity. Not only does he take a genuine interest in people, he is known to give large amounts of his money away. Friends say that the actor is willing to give to those in need partly because he is “embarrassed” by how much money he has made during his career. One cast director said of the actor:

“The reason Keanu’s starred in 60 movies is that, on top of audiences, directors love him, co-stars love him, crews love him. He’s always prepared, he’s always on time. Considerate, communicative, caring — there’s no one whose name he doesn’t know or hasn’t had a conversation with.”

Having signed a profit percentage deal for one of his biggest projects, “The Matrix,” Reeves has made over $300 million. Nevertheless, he has been quoted as saying that money is meaningless. He is not motivated by amassing wealth and power but prefers to live a simple life and is thankful for good health. 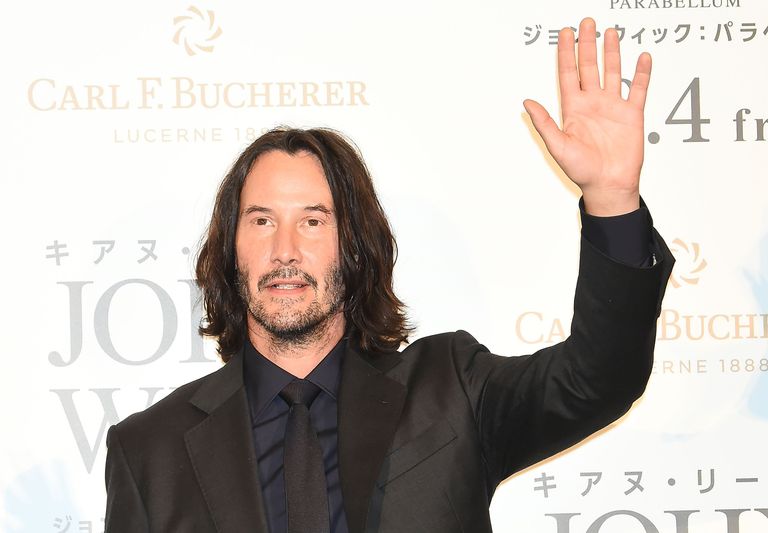 Perhaps, this explains why one of the “John Wick” front man’s pet causes is cancer research. Inspired by his sister Kim’s fight against leukemia, he reportedly donated $31.5 million of his salary towards cancer research. During the pandemic, Reeves auctioned off a Zoom date to raise money for Camp Rainbow Gold, a children’s cancer charity.

He is known for buying gifts for the oft-forgotten crew members who work on his movies, including stuntmen, fight trainers, and food service providers.

An anonymous bidder paid $75,200 for the virtual meeting with the “Speed” leading man. In September 2020, he admitted to funding an organization that has helped make valuable efforts in cancer research and provides funding to children’s hospitals in the United States. 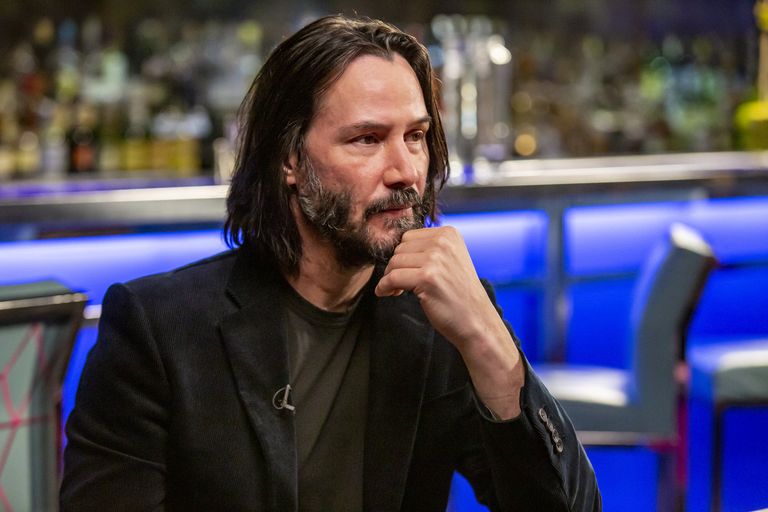 After earning millions, Reeves has been known to wear a variation of the same look for the past 25 years. This look matches any situation, from the red carpet to interviews. The actor prefers darker colors with a fitted silhouette but not figure hugging. The actor has been quoted as saying:

“Money doesn’t mean anything to me. I’ve made a lot of money but I want to enjoy life and not stress myself building my bank account.”

And his shoes always tell a story. He has been known to grace many an occasion wearing a well-worn pair of boots, the perfect counterpoint to a suit or dark jeans and a biker jacket. This aspect of his style is signature Keanu, exceptional yet approachable. 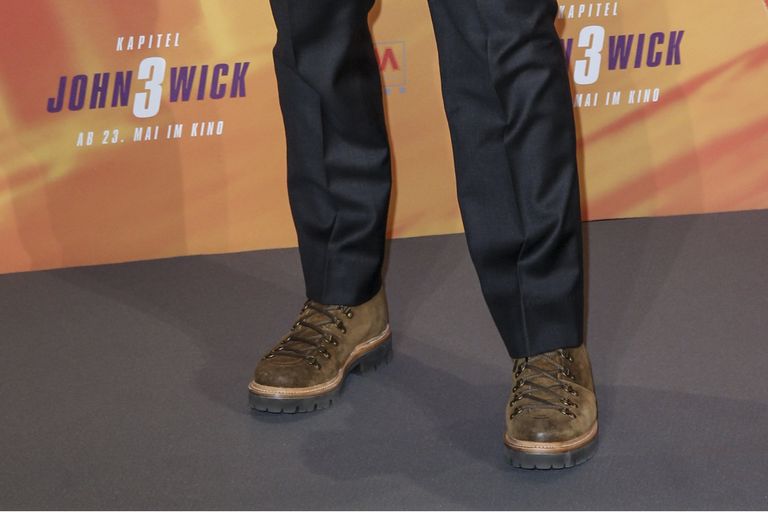 The star keeps a low profile. Buying expensive accessories and posting pictures on social media is just not his style. Instead, he invests in people who make his work easier. He is known for buying gifts for the oft-forgotten crew members who work on his movies. Speaking about what it’s like to work with Reeves, a Hollywood source said:

“Trust me, stunt guys are all dying to work with Keanu, not just for the gifts. It’s because he takes them so seriously and credits them with helping contribute to his success. Stuntmen, fight trainers — these people rarely get that.”

The leading man reportedly gave a $20,000 bonus to a set-builder on a “Matrix” film because he was having a hard time. He has been known to give lavish, personalized gifts to crew members who work closely with him, like Rolex watches and Harley Davidsons to his stunt team members. If he believes in a project, he is willing to take less pay so other cast members can receive more.

That’s just the kind of guy the “Constantine” actor is. He can meet a homeless man and decide to just hang out with him. Photographers once came upon him by surprise saw him sharing snack and listening to the his new friend. He has also been photographed giving money to homeless people.

The fact that he endured hardship, leads him to value people more. His father abandoned the family when he was young. His mother, Patricia Taylor, single-handedly raised Reeves and his two sisters, Karina and Kim. They had to endure tough times to get by, but the costume designer did the best for her children. 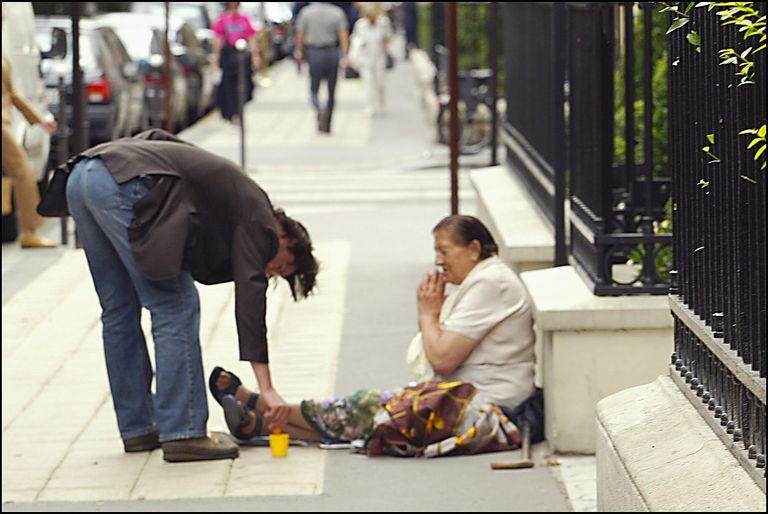 Reeves also lost his best friend, River Phoenix, to a drug overdose in 1993. In 1999, he and then girlfriend, Jennifer Syme, lost their baby through stillbirth. And two years later, Syme passed on after a solo car crash.

Facing such tragedy has made Keanu Reeves an empathetic human who values people more than status or money. He keeps his romance private with his current girlfriend, artist Alexandra Grant.