Liam Neeson is a happy and proud father. His eldest son not only inherited his eyes and talent, but he also has a heart filled with love for his dead mother – so big that he even changed his last name in memory of her.

Movie actor Liam Neeson met the mother of his kids, actress Natasha Richardson in 1993 when they starred together in “Anna Christie” on Broadway. However, she was still married to producer Robert Fox then.

Still, the odds played in favor of Neeson as the couple’s marriage soon dissolved, and he and Richardson’s bond evolved from working together. 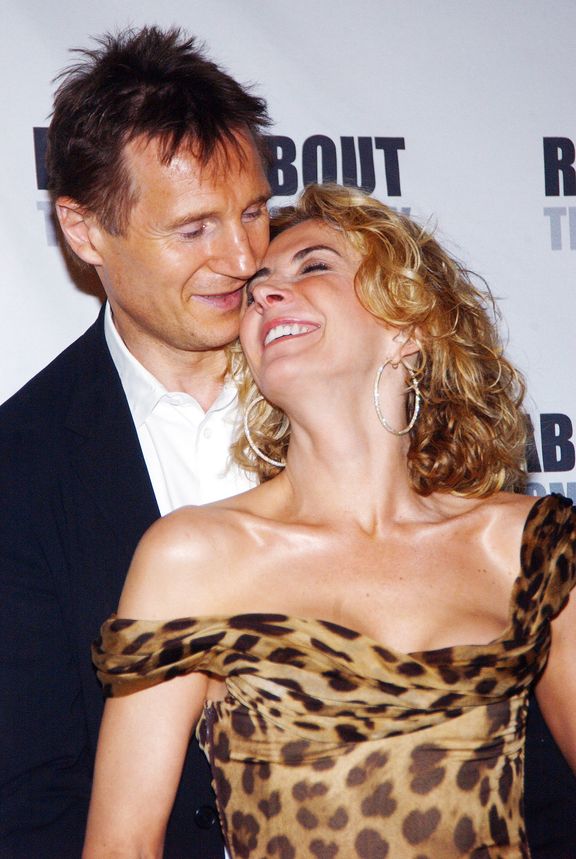 The “Taken” star later admitted that his “chemistry” with the English native was like no other, describing it as “explosive.” The feeling was mutual for Richardson, who confessed that working opposite the film star made her fall “very much in love with him.” She was 29 at the time, while he was 40.

When she turned 30, he sent her a birthday card from the set of “Schindler’s List,” wherein he played Oskar Schindler in the movie. The card read: “You’re catching up with me. Lots of love, Oskar.”

Richardson was not impressed by the gesture and blatantly asked Neeson where they stood as a pair, writing back to him: “This is like a letter from a buddy. What is our relationship?”

That was when it dawned on the Irish native that he, too, had fallen in love with the “Maid in Manhattan” star and firmly believed that they had something special that needed to be explored and safeguarded, said Neeson.

Not long after, the two walked down the aisle in 1994 and exchanged wedding vows on a farm in upstate New York. Their new life together quickly developed as less than a year after tying the knot, they welcomed their first child, son Michael in June 1995. Their youngest son Daniel was born a year later, in August 1996. 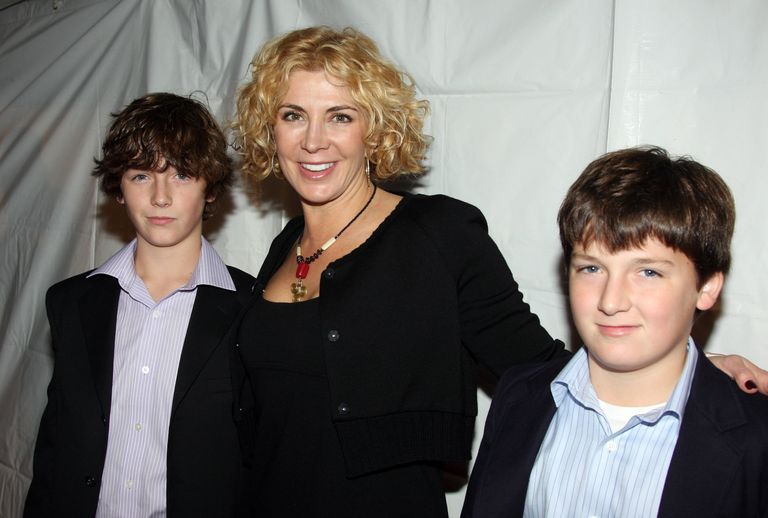 Tragedy struck the family in March 2009 when Richardson got involved in a skiing accident while in Quebec, Canada, on vacation. She fell and hit her head while descending a beginners’ slope on Mont Tremblant.

Unfortunately, she had no helmet, and an ambulance was called to her rescue. But the mother of two reportedly turned down the medics’ help and was escorted to her room by her ski instructor and a ski patrol member. 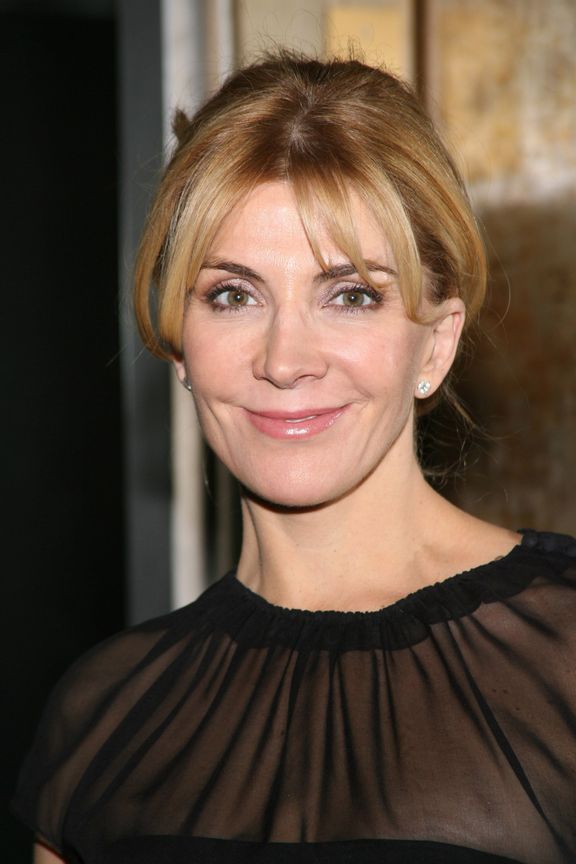 Meanwhile, at the time, her husband was filming a movie in Toronto when she dialed him. Neeson recalled how his wife described the incident to him on the phone:

“‘Oh darling. I’ve taken a tumble in the snow.’ That’s how she described it.’”

Little did she know that more damage had been caused to her brain due to the fall. Richardson sadly slipped into a coma and was placed on life support. 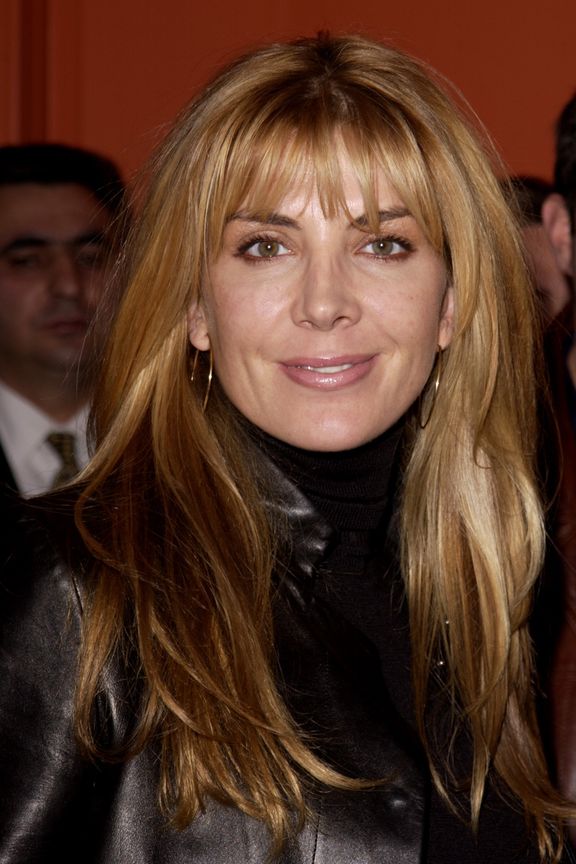 Her loving husband found her unconscious at the hospital and talked to her even though she could not hear him. Neeson told his wife that she would not recover from the injury she sustained to her head.

The blonde beauty tragically died from a traumatic brain injury, leaving behind her spouse of 15 years to raise their two young sons, Daniel and Micheal, who were 12 and 13 years old at the time.

Neeson & His Son’s Reaction to the Family Matriarch’s Death

When asked how he felt about his wife’s death, Neeson admitted in an interview with CBS in February 2014 that it has always felt surreal for him that she is no longer alive:

“There’s periods now in our New York residence when I hear the door opening, especially in the first couple of years, she would always drop the keys on the table. Say, ‘Hello?’”

The Academy Award nominee explained that he believes he hears Richardson whenever he hears a door opening. When that usually occurs, grief instantly hits him at that moment.

“It’s like a wave. You get this profound feeling of instability. You feel like a three-legged table. Just suddenly, you just – the Earth isn’t stable anymore. And then it passes and becomes more infrequent, but I still get it sometimes,” said Neeson.

When asked how he was holding up after the responsibility of raising the couple’s sons befell on him in a blink of an eye, the doting dad said he was doing well under the circumstances. He added things could have taken a turn for the worst in his case. 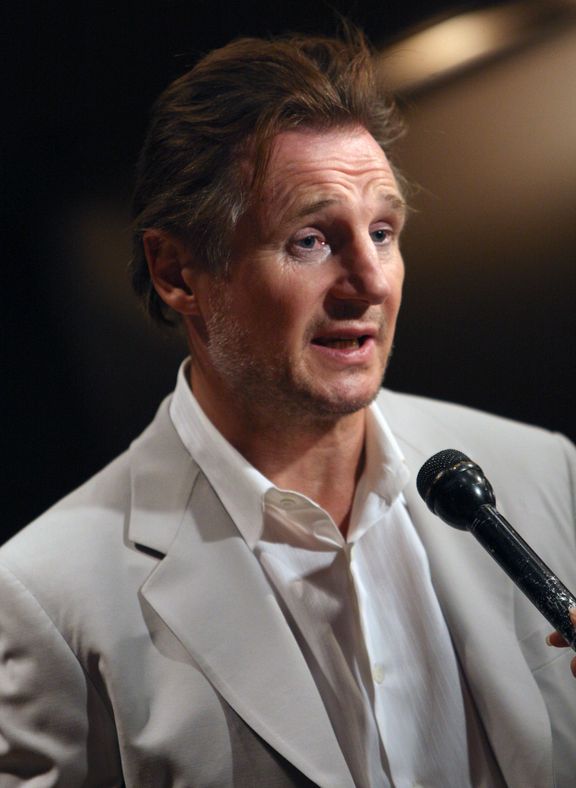 Days after burying his beloved wife, the “A Walk Among the Tombstones” star returned to work and has been at it since he laid her to rest. He divulged that he does not do too well without keeping himself busy:

“I’m not good without work. I just don’t – wallow too much. And I just didn’t want to – especially for my boys, to be – seem to be wallowing in sadness or depression.”

Even though Neeson has immersed himself in his job, he still makes time to visit his late spouse’s grave – not far from their home: “I speak to her every day at her grave, which is about a mile and a half down the road. I go down there quite often, so I do speak to her as if she’s here. Not that she answers me,” he once revealed. 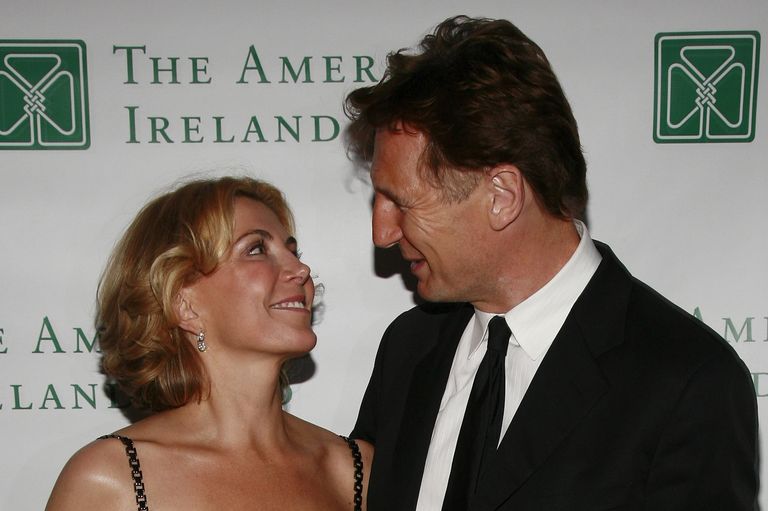 During his appearance on “60 Minutes,” Neeson said he avoided discussing Richardson’s death publicly after she died because he thought it was way too soon “and if anything, it’s nobody’s business.” But he later realized that it was essential to have a conversation about his grief:

“I mourned for her; yeah, I visit her grave on a regular basis.”

When asked whether going to her gravesite helps with the grieving process, the “Kingdom of Heaven” star said it does not. The Hollywood star revealed that he still has his wife’s clothes in their matrimonial home. 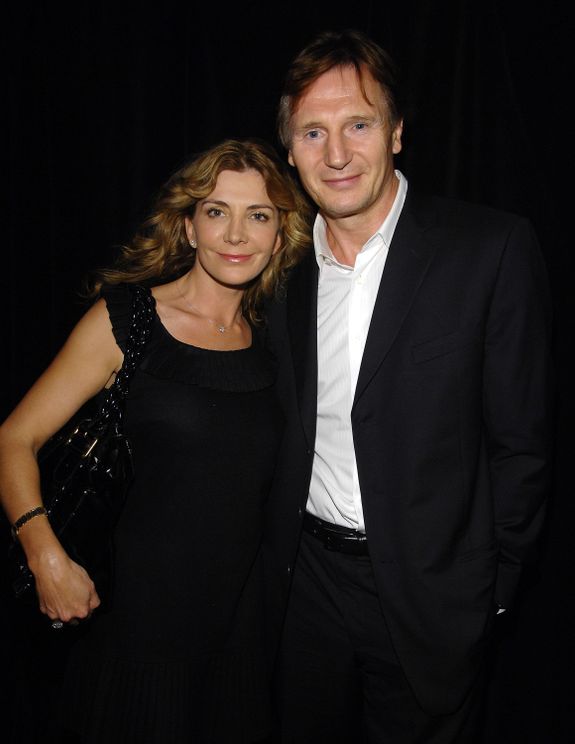 Moreover, the couple’s eldest child, Micheal, who inherited his father’s eyes, honored his mother by changing his last name from Neeson to Richardson. Andy Cohen asked his father how he felt about the tribute, and he said he made “the right decision” while praising him for the thoughtful gesture for his mom:

Neeson revealed that apart from him, “Natasha’s family, mother, and sisters were very touched by” Micheal’s choice, and so was he. 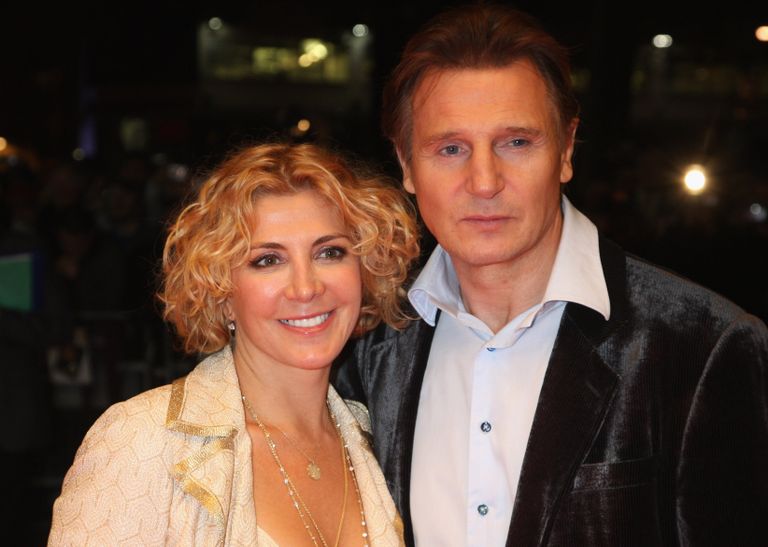 In July 2020, Micheal remembered his mom and said she was much like her famous character in the Disney remake of “The Parent Trap.”

“[…] She was this sweet, amazing mother figure – my best friend. She had these amazing, big welcomes when we’d come home, or she would come home,” the “Cold Pursuit” star explained, adding he is fortunate enough to have all those memories on tape. 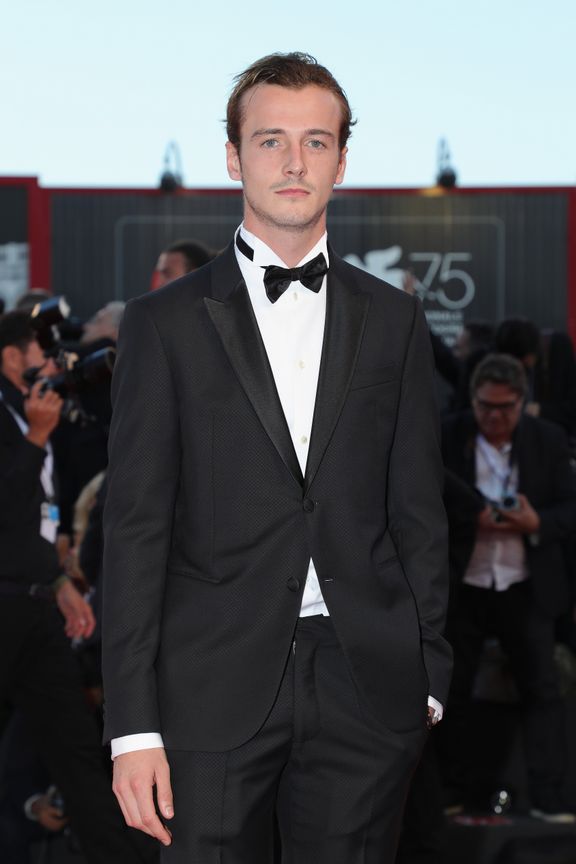 When talking about losing his parent unexpectedly, Micheal said his agony was unbearable. However, he was able to suppress what he was genuinely feeling at the time thanks to the flexibility of the brain:

“I think the pain was a little too overwhelming. I just pushed it aside and didn’t want to deal with it.” 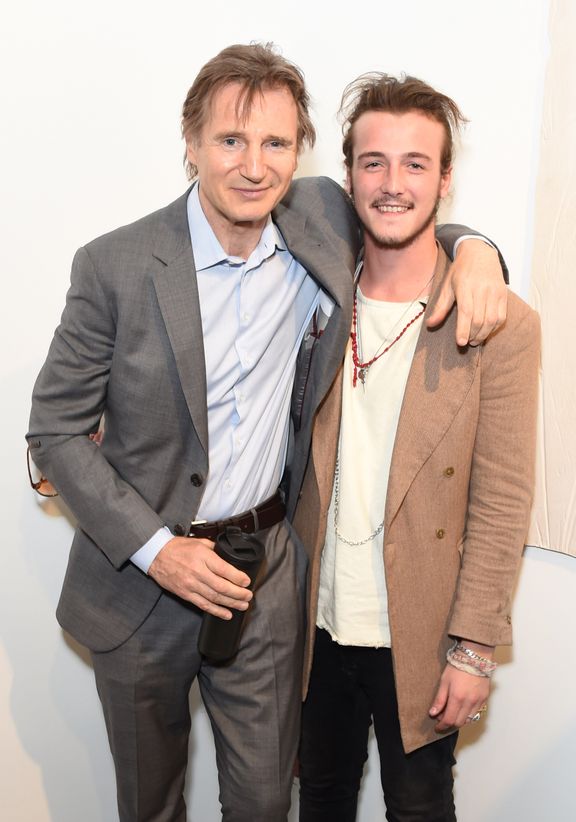 The actor admitted that he had not yet come to full terms with his mother’s death, adding he had spoken to those who had also lost their parents when they were young and that, to date, it still hits them that they are gone, leading them to break down all over again.

Moreover, Micheal once stated that the older he gets, the more often he thinks about his beloved mother. He said keeping her memory alive allows him to create room for the grieving process and for him to find healing.

Micheal Has Followed in His Father’s Acting Footsteps

Meanwhile, his father found healing while starring alongside him in the 2020 drama film, “Made In Italy.” The movie follows a London artist and his estranged son who try to mend their relationship following the death of a family matriarch – by working together to repair a dilapidated house in Italy he inherited from his late wife. Neeson expressed that he was in awe of his son’s acting skills: 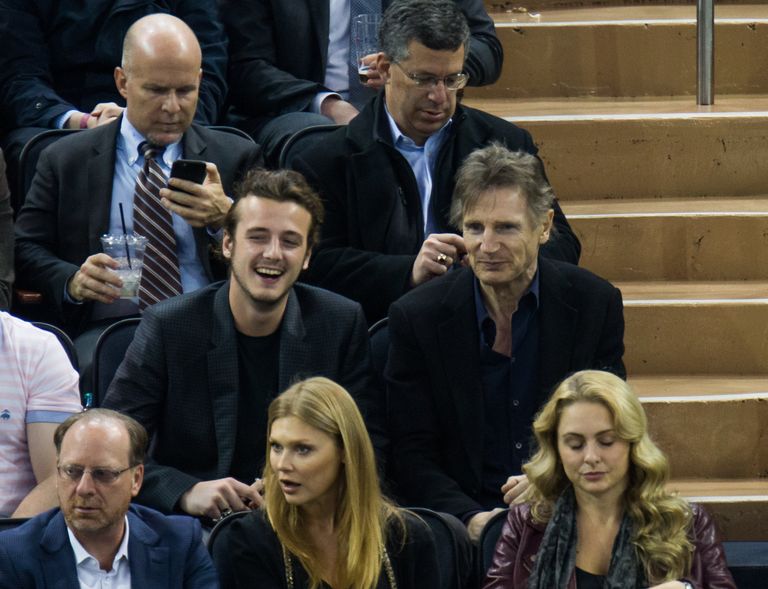 The storyline was easily relatable to the father-and-son-onscreen duo as they went through the same tragic experience in real life, losing a wife and a mother. Neeson explained that through their characters, they managed to find relief from their emotions somehow:

“It was quite cathartic in many ways for both of us. It was lovely to act with him.”

The father of two revealed he was the first to be approached with the script for the film, and upon reading it, he knew that his son Micheal would be the perfect fit for the role. 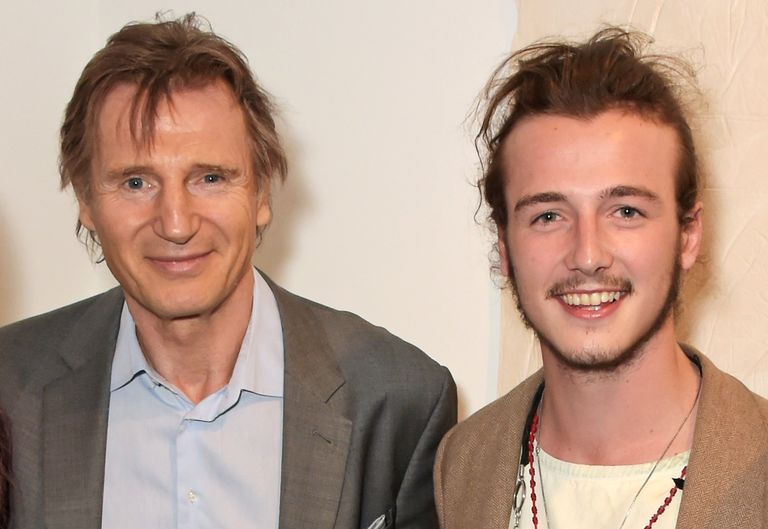 The “Memory” star divulged that going through the script triggered an intense reaction from him which was “quite scary.” It resonated with him because he and Micheal had gone through the daunting experience.

Although other young actors had been suggested for the role, Neeson decided to pass the script to his firstborn but did not inform him about what it entailed. After reading it himself, Micheal gave his famous father a look, and his parent asked whether they should pursue it together, to which he agreed.

Dubbed one of Ireland’s 50 Greatest Film Actors, Neeson said though the script touched on a sensitive subject to him and his son, it all boils down to the beauty of art. “Sometimes in art, you can explore stuff, and it’s safe, especially with a film. We were all kind of in this together. It was great,” he raved.

Two years ago, the two-time Tony Award nominee recalled that while filming a scene with Micheal, “a beautiful butterfly flew between us.” After their take, he asked his son whether he had spotted the insect flying past them and told him that it was his mother, Richardson.

In addition, the devoted dad commended the director of the film, James D’Arcy, on his direction for Micheal. He showed empathy by being sensitive toward him concerning the role.

Micheal did the role justice, said his father with pride. Neeson shared his son exceeded expectations with his role and was even better than he could have done when he was his age.

The rising star credited his dad for being a fantastic “scene partner but also teacher” throughout the making of the film. He added it was awe-inspiring to witness how his parent carries himself on set, particularly “his temperament.”

The biggest takeaway from working alongside his BAFTA Award nominee father for Micheal is being “patient” between takes, which he said Neeson “definitely has on locked down.”