Little Boy Brings Food to Beggar & His Dog Daily, One Day Boy Sees Dog Barking on His Doorstep – Story of the Day

A policeman’s son befriends a homeless man and his dog and brings them food every day. Then the dog appears unexpectedly and alerts him to an injustice.

At twelve, Brian Devlin was small for his age, and not very athletic. His father, Gary, didn’t really understand his shy, bookish son. His son was nothing like him…

He had been a tall, strapping, boisterous boy, always up to his ears in mischief. Gary tried to build his son’s self-confidence, but the harder he tried, the more Brian seemed to pull away. 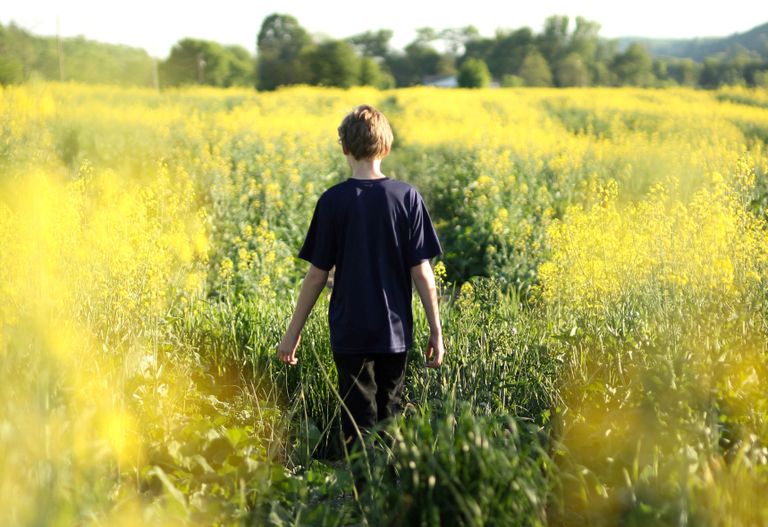 Brian was smart, that Gary couldn’t deny, and he had a scholarship at a prestigious private college on the other side of town. The boy was scared of taking a bus, but since the school was close to his work, Gary picked him up every afternoon.

Gary was a desk Sargeant at the local precinct, and by the time his work ended at 5:00 p.m., the school day was long over. In the winter, Brian waited in the library and did his homework. But in the summer, he sat on the school steps and waited for his dad, soaking up the sunshine.

One afternoon, when Gary arrived, Brian wasn’t on the steps. He was outside the school gates petting a dog. Brian looked up at his dad with a happy grin.

Don’t make assumptions about people before you know who they are.
“Look, Dad,” he cried, then he said to the dog, “Dance!”

The dog hopped up onto its back legs and did a little jig, front paws up in the air and its tongue lolling out happily. 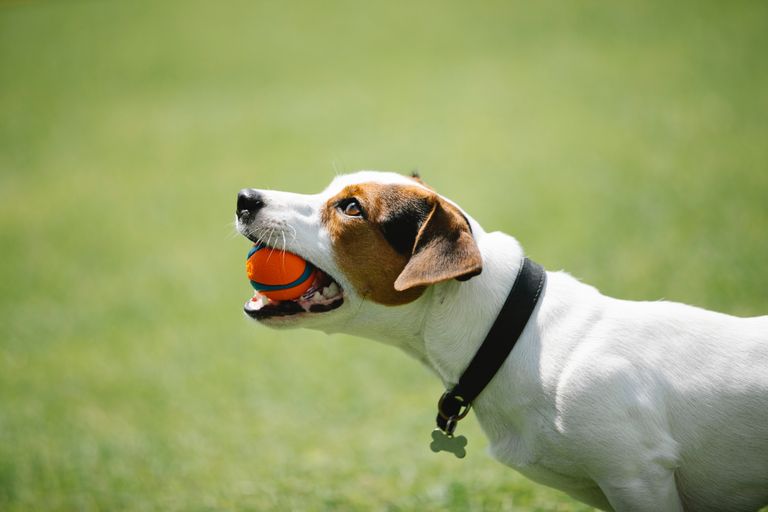 “Yes,” Gary said, surprised by the enthusiasm Brian was showing. “Whose dog is that?”

“It’s Carl’s,” Brain said, and pointed at a man sitting on the pavement and leaning back against the school fence. The man was in his forties and he was clearly homeless.

A ragged bundle of blankets lay on the ground next to him, and he was unshaven. The dog, however, was well cared for. It was a Golden Retriever, and its fur was groomed and gleaming.

The man shrank back when Gary looked at him, so he said to his son, “Come on, now, it’s time to go.”

On the way home, Gary said, “Listen, Brian, I want you to stay away from that man and his dog, OK?” 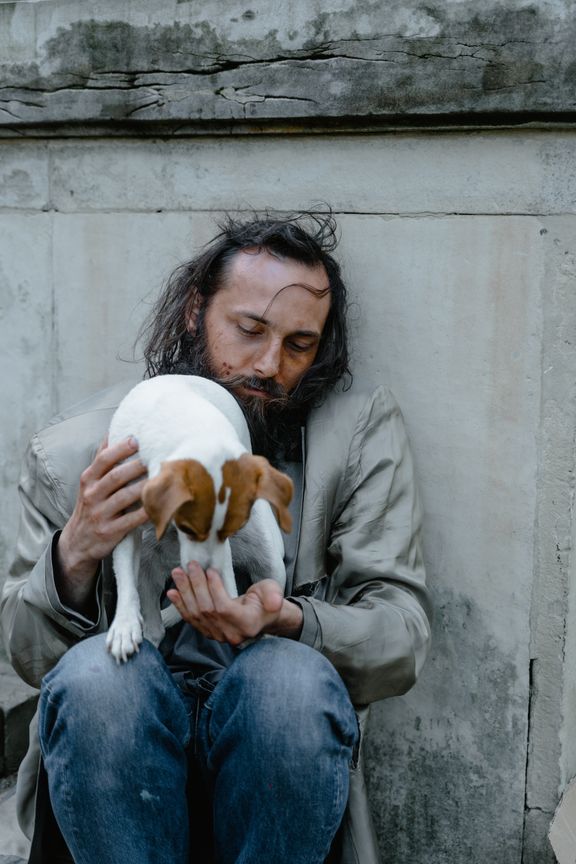 “Goblin?” Gary asked. “Is that the dog’s name? Well, I’m sure Goblins’ a good dog, but I don’t want you befriending vagrants, Brian. Do you understand?”

“Not another word,” Gary snapped.

The next day, when Gary came to fetch Brian, the boy was studiously sitting on the steps reading a book, but that night, his wife complained that half a roast chicken was missing.

“I don’t understand!” she cried. “I set it aside to make sandwiches for Brian’s lunch and now it’s gone!” 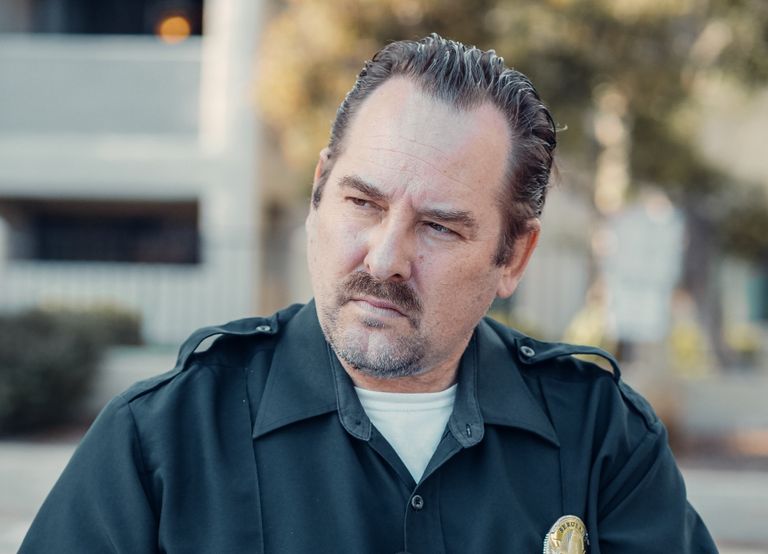 Gary looked over at Brian and the boy looked so innocent that he was immediately suspicious. Was Brian taking food to school for that vagrant and his dog?

Gary started keeping an eye on the pantry and noticed that tins of sausages kept vanishing. He now knew that his son was stealing so he could feed the dog and the homeless man every day. Gary felt a pang.

His son, who had such difficulty making human friends, had bonded with the dog. It was a pity it belonged to a vagrant, a man who might be dangerous.

Two days later, Gary got off work early and when he arrived at the school, he caught Brian outside the gates. He had a bag in his hand and he was saying: “Hey guys, I have your favorite spaghetti, Carl. And for you boy, your favorite sausages!”

“BRIAN!” he thundered. “What are you doing?”

The boy looked up at him, and for the first time, Gary saw fear in his son’s eyes. Immediately he felt a surge of anger. 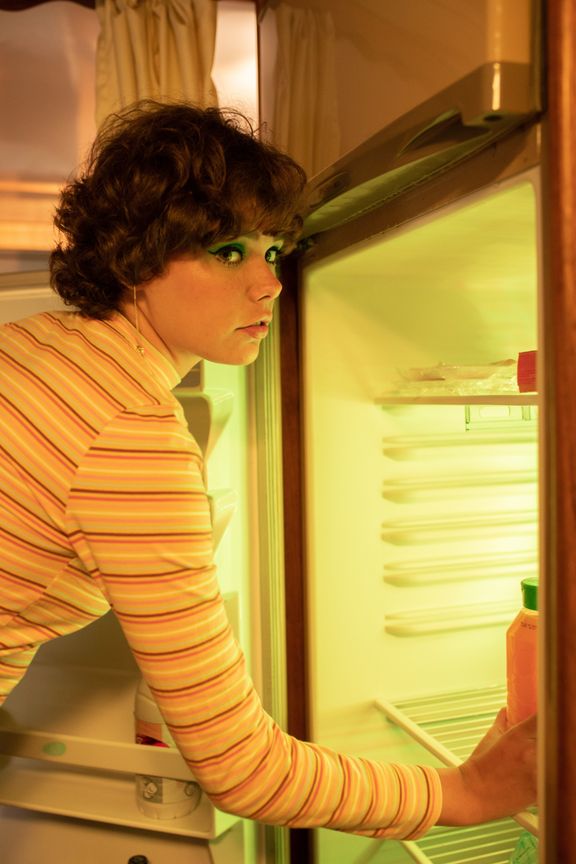 It was this derelict’s fault that his son was afraid of him! He stepped forward and clenched his fists. “Get away from that man,” Gary shouted. “Get into the car!”

That night, Gary and his wife sat down and talked to Brian about the dangers of befriending strange men. Brian shrugged it off. “Dad, I know about stranger danger and bad touching. Carl is NOT like that, he’s nice. You can tell he’s a good person because Goblin loves him so much, and Goblin’s the BEST, smartest dog.”

“Brian,” Gary said quietly. “I’m sure Goblin’s a great dog, but you know what? Hitler had a great dog and he loved him, and I’m sure the dog loved him back. A good dog does NOT make this vagrant a good person. Please stay away from him, Brian!” 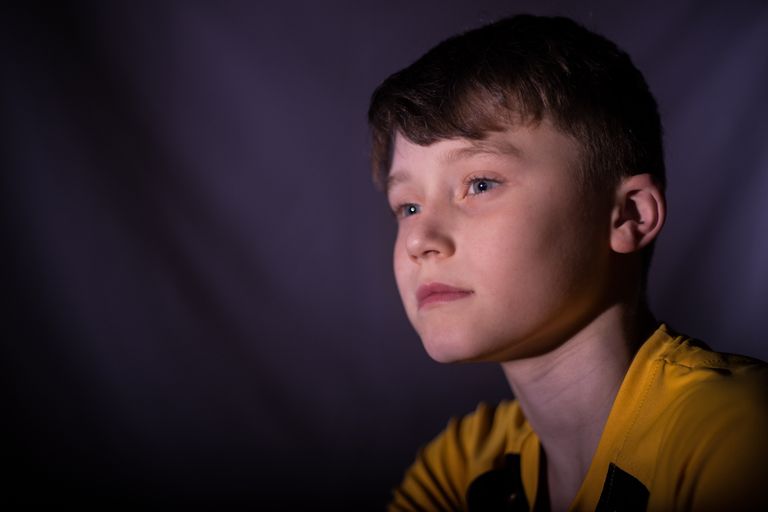 “NO!” shouted Brian, and he pushed back his chair. “Carl is my friend and I love Goblin! Why do you always have to spoil everything? I HATE YOU!”

That night, Gary made a decision. He was going to solve this problem his own way…

That Saturday, Brian woke up early to the sound of anxious barking. He thought sleepily, “That sounds just like Goblin!”

Brain jumped out of bed and looked out of his window. It WAS Goblin, and he was standing on the porch barking anxiously and looking very unhappy.

“Goblin!” Brian cried as he opened the door, and immediately the dog ran to him. Goblin put his head in Brian’s lap and started whining. “What’s wrong, boy? Where’s Carl?”

But the dog just whined and shivered so Brian decided to do something he’d always been afraid to do before — go to his dad’s work and ask for his help. 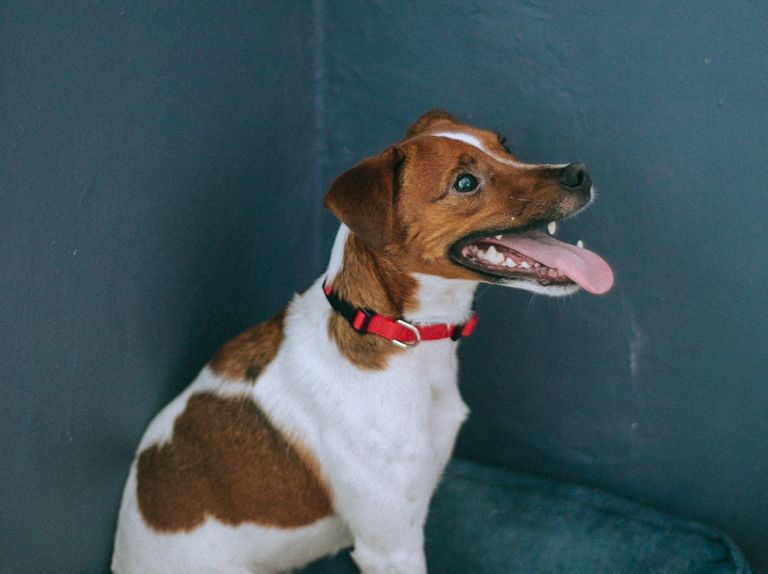 Gary was stunned when he saw Brian at the precinct with the dog by his side. “Brian!” he gasped. “What are you doing here? How did you get here?”

“Dad!” he cried. “I think something bad happened to Carl. Goblin came looking for me and he’s very scared…” But Goblin wasn’t looking scared, he was looking up at Brian’s dad and growling.

Brian had never heard Goblin growl before. “Dad!” he asked. “What have you done?”

Gary flushed. “Carl was loitering near a school and he was warned off twice, so we arrested him!”

“But dad!” Brain cried. “He did nothing wrong! He’s not well, he needs help…You don’t know anything about him! He’s a veteran and he was in the bomb squad and he worked with sniffer dogs to find explosives. That’s why Goblin’s so well trained. He’s a good man and you arrested him because he’s sick!” 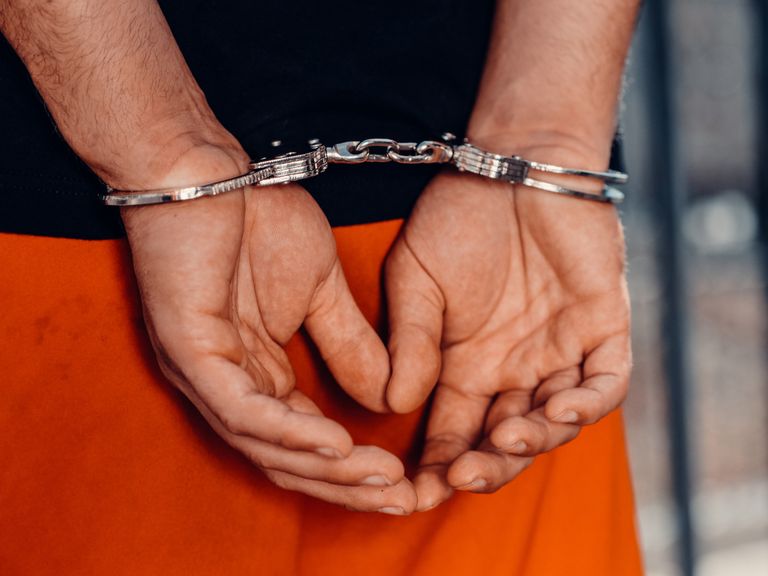 Brian had tears in his eyes. “No, dad,” he said softly. “He doesn’t drink or anything, and most of the time he talks to people who aren’t there. He needs help.”

Gary was ashamed of himself, mostly because he couldn’t admit that there was a part of him that was jealous of Carl and his easy friendship with his son.

He did some investigating and discovered that Carl had a sister in a neighboring state who had been looking for him for years. He contacted Carl’s sister and she was overjoyed. 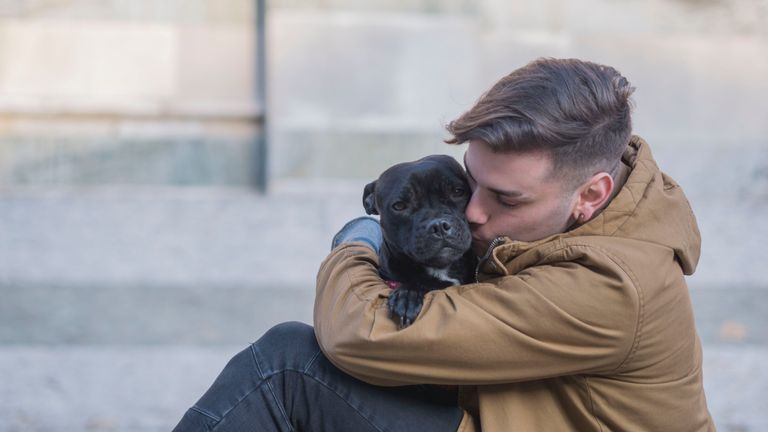 She took Carl home and enrolled him in an outpatient mental health clinic immediately. Goblin went too, of course. Brian missed Carl, but mostly he missed Goblin.

Then one day his dad came home with a big grin on his face and a strange lump under his jacket. He lifted out a wriggling puppy and presented it to Brian. “There you go,” he said. “You have to name him!”

Brian started crying, he was so happy. “Goblin,” he gasped. “His name is Goblin Two!”

Don’t make assumptions about people before you know who they are. Gary assumed Carl was a drunk and a danger before he knew anything about him.
Kindness and compassion are the greatest of virtues. Brian’s empathy led him to befriend Carl, and he helped him find his way back home.