A three-year-old throws tantrums and begs his mother not to go to daycare. Worried, she goes in unannounced and what she sees shocks her.

“No, mommy, no!” Johnny threw himself on the floor and started screaming. Marla Evans sighed. Not again! She looked at her watch. If he threw a full tantrum, she would be late yet again.

She gazed at her three-year-old with exasperation. Johnny had been going to daycare for two years and always loved it. For the last week, out of the blue, he’d been making a scene, begging Marla not to take him. 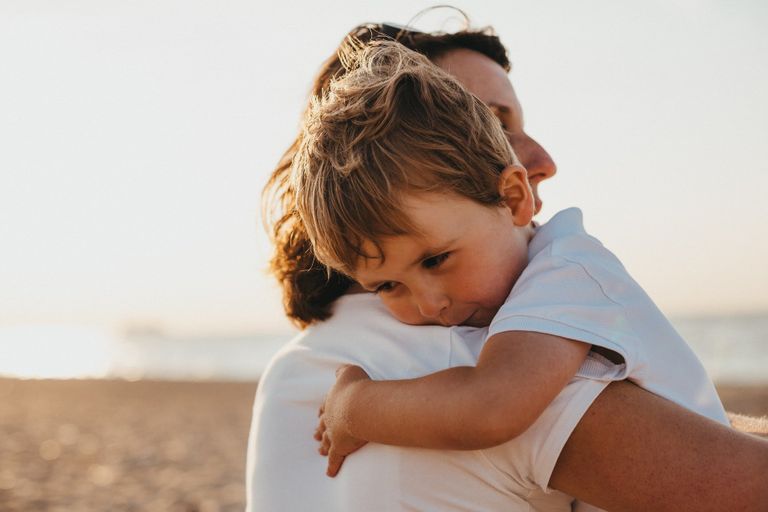 She’d spoken to her pediatrician, and the doctor had told her that toddlers often went through the ‘terrible threes.’ “Stop it!” Marla heard herself scream, then she saw the look of fear in her son’s eyes. Something wasn’t right.

Marla sat down on the floor next to Johnny and coaxed him into her lap. He sobbed, pressing his little face against hers. Marla decided this was more than a tantrum, but what could be wrong?

“Honey,” Marla said gently. “I’m sorry. Mommy didn’t mean to snap.” She rocked him until he stopped crying and asked gently, “Why don’t you like daycare anymore?”

Raising a child is about setting and respecting boundaries.

Johnny shivered in her arms and whispered, “I don’t like!”

“But why, sweetie?” Marla asked. “Are the other kids mean?” But Johnny wouldn’t answer. Marla sighed. “Baby, mommy needs to go to work, but I tell you what… I’m going to come and get you from daycare early today, OK?” 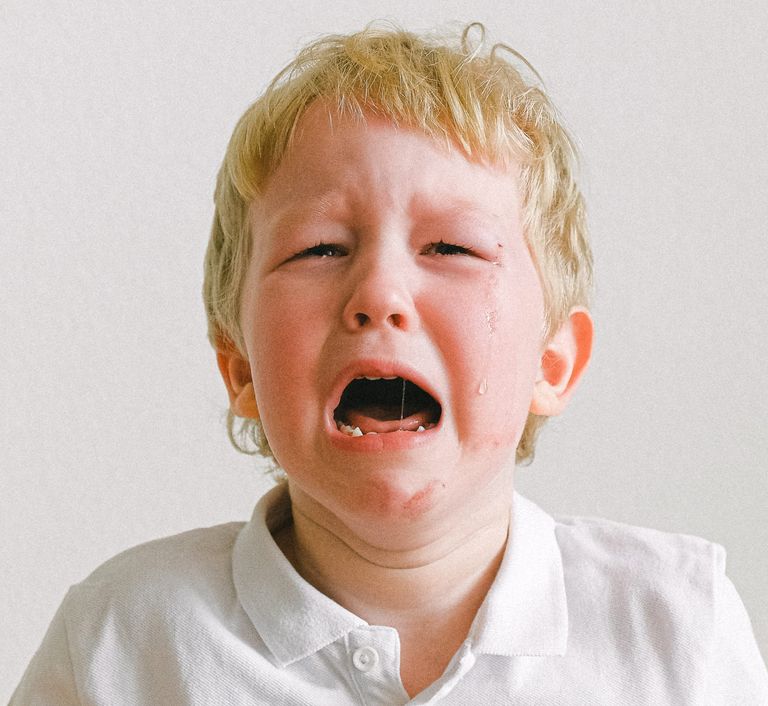 Johnny sat up in her lap. “No lunch?” He looked up at her anxiously. “No lunch, mommy?”

Lunch? The worried mom frowned. What was happening with her son?

Marla dropped Johnny off after promising she’d fetch him before lunch. He walked into the daycare quietly but threw Marla a pleading look that left her heartbroken.

She went to work and asked her boss for the afternoon off to deal with a personal issue. Thankfully, her boss was a mom too and understood!

Marla was determined to get to the bottom of Johnny’s reluctance to go to daycare. She decided to drop in — not before lunchtime as she promised Johnny — but during the meal.

Johnny’s daycare didn’t allow the parents into the children’s playrooms or the dining room, but each door of the facility had a large, clear glass window. Hopefully, Marla would be able to see what — if anything — was going on.

When she arrived, the receptionist told her the children were having lunch. Marla walked to the dining room and peered in. The kids were all sitting at their tables, eating. 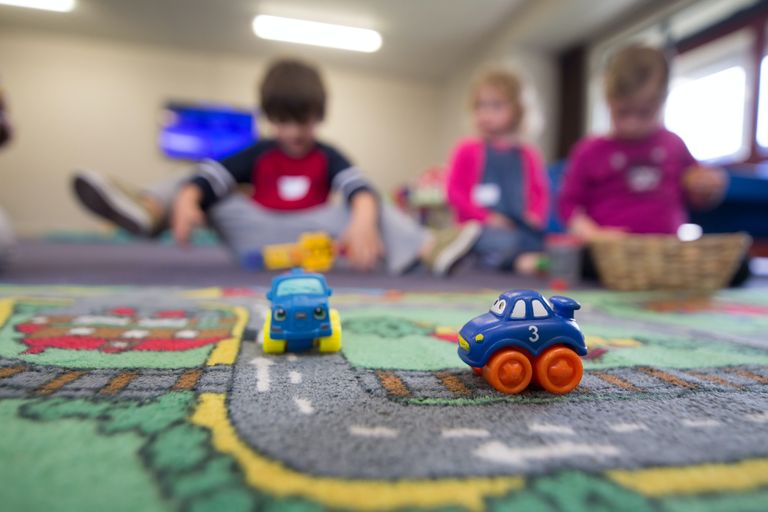 A teacher or an assistant supervised each table. Marla quickly spotted Johnny. There was a woman Marla didn’t recognize sitting next to him.

As Marla watched, the woman picked up Johnny’s spoon, scooped up a portion of mashed potatoes, and pressed it against his lips. “Eat!” she cried. Johnny shook his head violently, his mouth firmly closed, tears running down his cheeks.

“Open your mouth and eat!” the woman said angrily. Johnny was looking deeply distressed. The woman cried, “You are going to sit here until you clear your plate!”

Marla saw a small portion of mince, mash, and vegetables left on Johnny’s plate, and she knew her son. Johnny was not a big eater; she never pushed it when he told her he’d had enough.

Johnny opened his mouth to protest, and the teacher quickly pushed the spoon in. Marla saw her son choke and sputter. She’d had enough! She opened the door and stormed in.

“Get away from my son!” she cried. 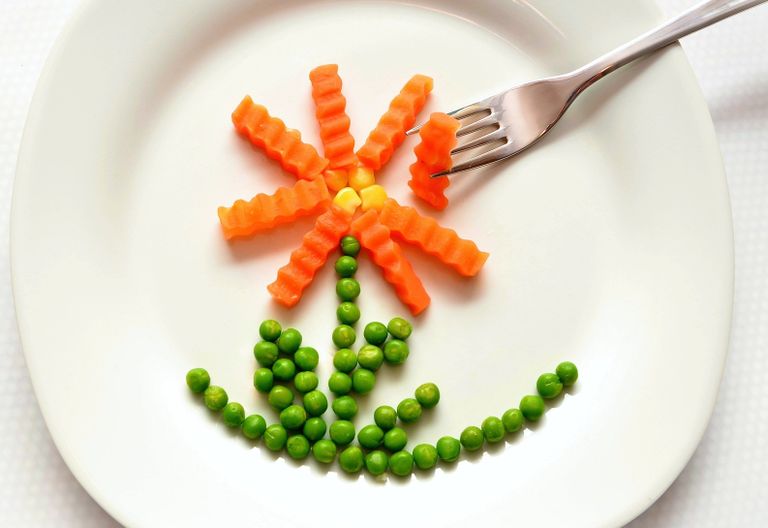 The woman looked up, and her mouth hung open. “Parents aren’t allowed in the dining room!” she cried.

“Then they should be,” Marla said, reining in her anger. “Can’t you see Johnny’s had enough? He’s a healthy boy, but he is not a big eater. As an educator, you should know how traumatic force-feeding a child can be.

“Being forced to clean up the plate is an old-fashioned notion. You should be aware of the statistics and the causes of obesity and eating disorders in children.

“And one of them is making food an issue! My little boy is an active child, and if he feels he’s had enough, you need to respect that and not force him to eat.

“As for shoving food into a child’s mouth in that way, it is reprehensible! You should certainly know better. These children are not puppets for you to manipulate at will!

“They are little people with needs and a will of their own. If you don’t respect their boundaries, you teach them they don’t deserve respect. I don’t think that is a message you want to pass on!” 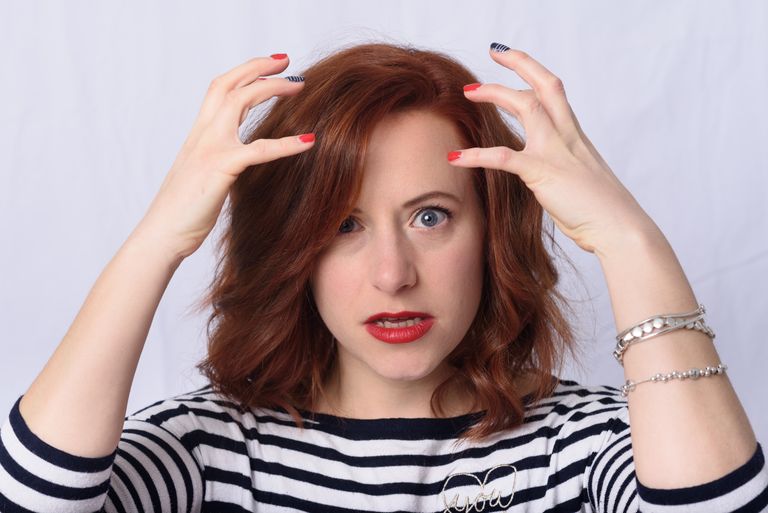 The teacher flushed a bright red and got to her feet. “I never…” she cried.

“That’s a pity,” Marla said crisply. “Because if this happens again, I will ensure you are out of a job! I’m not sending my son to daycare to be brutalized!”

Marla walked over to Johnny and tenderly wiped his mouth. “Come on, honey,” she said gently. “Mommy promised you a treat this afternoon!”

Marla had a long talk with Johnny, and there was no tantrum the next morning. Over the next few weeks, she popped into the daycare at lunch times just to keep an eye on things.

The teacher never forced Johnny to eat again, and the boy recovered his good humor and enthusiasm. 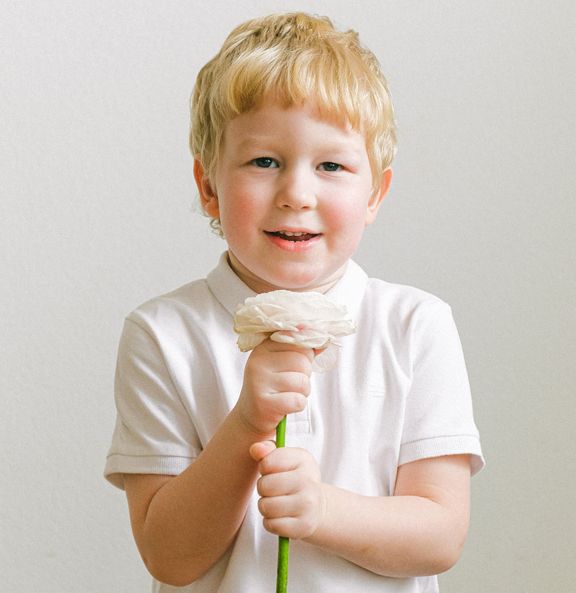 Children and their boundaries should be respected. Johnny’s teacher was teaching him that adults had the right to impose their will on children against their welfare.
Raising a child is about setting and respecting boundaries — theirs and ours. A child whose boundaries are not respected is insecure and has low self-esteem.