Little Boy Goes Door to Door Begging for Money to Buy Food for Sick Mother, One Woman Follows Him – Story of the Day

Everyone shuns the little boy begging for money except one woman. While she gives him money, she’s suspicious there’s more to his story. She decides to follow him, and in the end, she discovers she is right.

10-year-old Aiden stood by the sidewalk, studying the houses in the neighborhood. He had spent the last week observing the homes carefully and learning the names of their residents so that nobody suspected he didn’t belong to the area.

When he was sure he remembered their names, he went to the first door and knocked on it. An older woman named Mrs. Murphy answered the door.

“Hello, Mrs. Murphy,” Aiden said. “My name is Aiden. I live a couple of houses away. My mom is sick, and I want to get food for her. We are very poor. Can I get some money, please?”

The woman stared at him from head to toe and scowled. “And do you think I’m stupid? I know very well what kids like you do with money these days! Go to a soup kitchen or something! I don’t do charity, boy!” she grumbled and shut the door on his face. 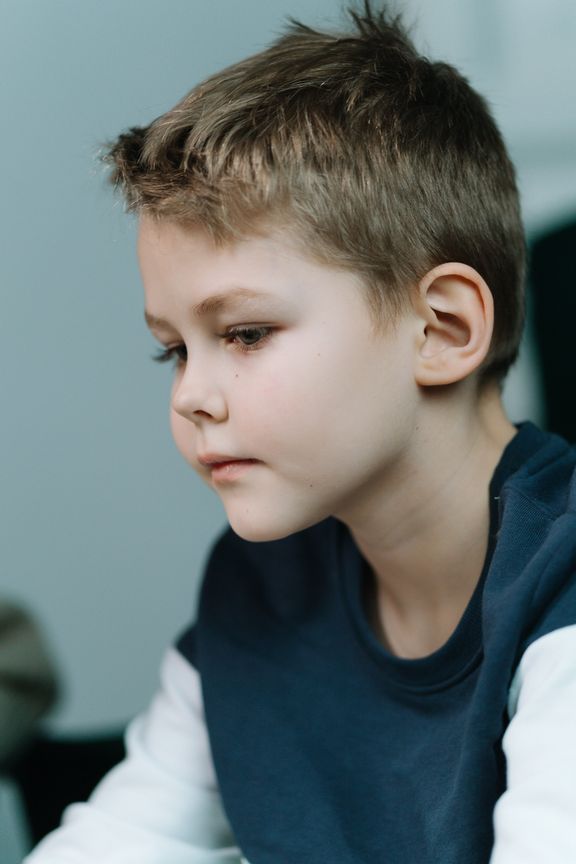 Well, Aiden didn’t expect that. With his week-long research, he felt he knew the residents well and could convince them to give him money, but it seemed like this wasn’t going to be an easy ride.

Aiden didn’t lose heart and knocked on the second door. “Can I please ask for some money, ma’am? My mom is very sick! I need to get food for her,” he pleaded sadly.

“Aiden?” Lauren asked, approaching them. “What are you doing here? Where is your mom? Why did you lie, honey?”

The woman who answered the door gave him a concerned look. “Oh, is that so? Should I call an ambulance? Do you need any other help or want me to come with you?”

“Ugh, well,” Aiden hesitated. “It’s alright. I just remembered I had to go somewhere!” he cried and ran away. Aiden could hear the woman shouting behind him, but he disappeared from her eyesight without collecting any money. 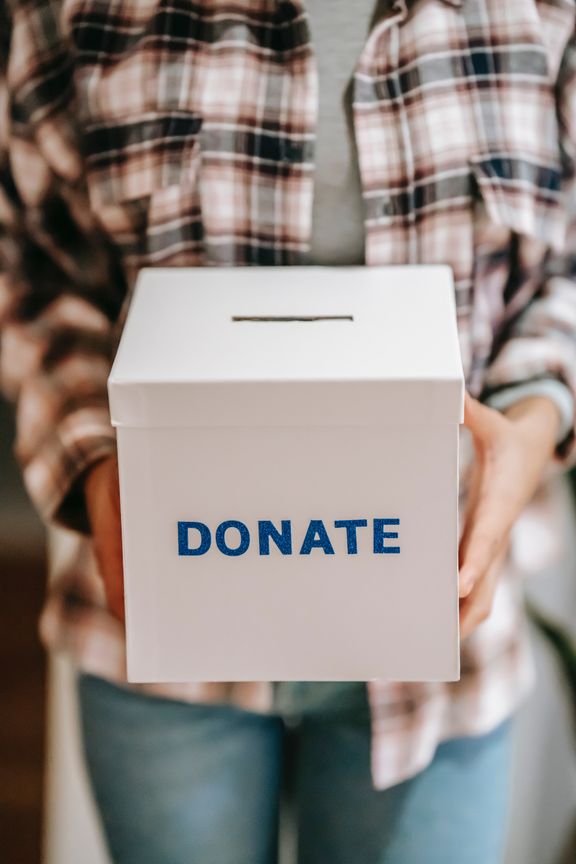 That whole day, Aiden went from door to door asking for money, but sadly, nobody helped him. Some slammed the door in his face, while others suggested calling for an ambulance or threatened to contact CPS to ensure he was being looked after. Aiden would flee at such moments because he really needed the money. But he hadn’t told anyone the whole truth.

A couple of days later, Aiden returned to the neighborhood and saw a new couple had moved into what used to be an empty house. He decided to try his luck and knocked on the door, and a young woman answered.

“Yes? How may I help you?” she asked him with the brightest smile.

“Hello, I’m Aiden. My mom is sick, and I need money for her food. Can you please give me some money?”

The woman knelt to face him and smiled. “I’m Lauren. Just wait here. I’ll get you some money and food, okay?” 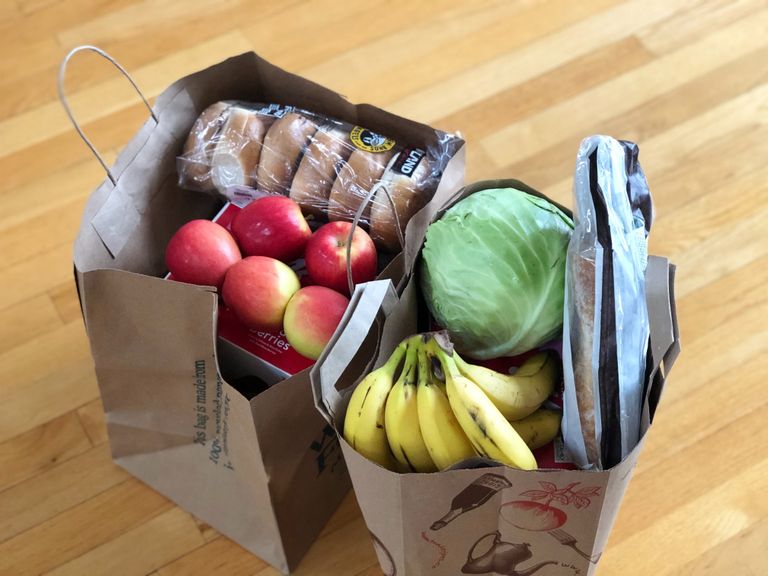 Aiden nodded and smiled as Lauren went inside. She returned with two huge bags of groceries and a $100 bill. “I hope these help your mother,” she said, and Aiden’s happiness knew no bounds.

“Thank you! You are so kind!” he exclaimed happily as he slung the two bags over his shoulder and dashed away.

Lauren waved him goodbye, but something in her gut told her that Aiden was hiding something. She was also concerned about the boy’s well-being, so she grabbed her car keys and decided to go after him to find out more about his story.

While Lauren secretly followed Aiden in her car, she noticed the young boy stopped at a nearby store to get some more groceries with the money she’d given him, then headed to the town’s outskirts through the shortcut.

She felt awful for him walking all the way in the hot afternoon, but she needed to know what was happening, so she continued following him secretly. Soon, she realized they were heading to an area without houses, and then Aiden vanished beneath a bridge. 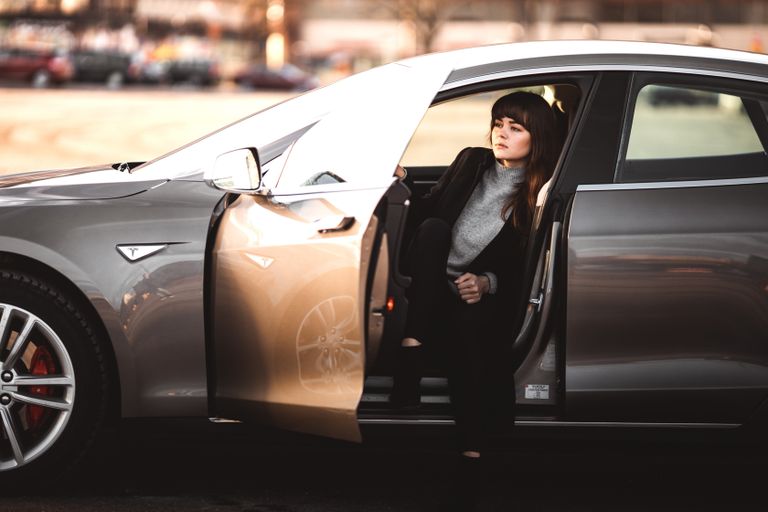 Lauren pulled over and walked to the bridge, convinced she’d missed Aiden, but then she spotted him and froze. Aiden was living with a young girl in a tent under the bridge.

“Aiden?” Lauren asked, approaching them. “What are you doing here? Where is your mom? Why did you lie, honey?”

Aiden got scared, and he hugged the little girl. “Stay away from us! You are not taking us anywhere! My sister will not go with anyone!”

“I am not taking you anywhere!” explained Lauren gently. “I just want to make sure you kids are safe. Do you live here alone? Why?”

It turned out that when Aiden’s mother died two weeks ago, his estranged father had promised to take them to his house, but he never showed up. Aiden was afraid that the cops and CPS would intervene and separate him from his 5-year-old sister, Beth, so the kids fled their home and lived beneath the bridge.

“Dad promised to take us back when mom died, but he didn’t. I didn’t want to leave Beth alone! I got enough food for us! We won’t be hungry now!” 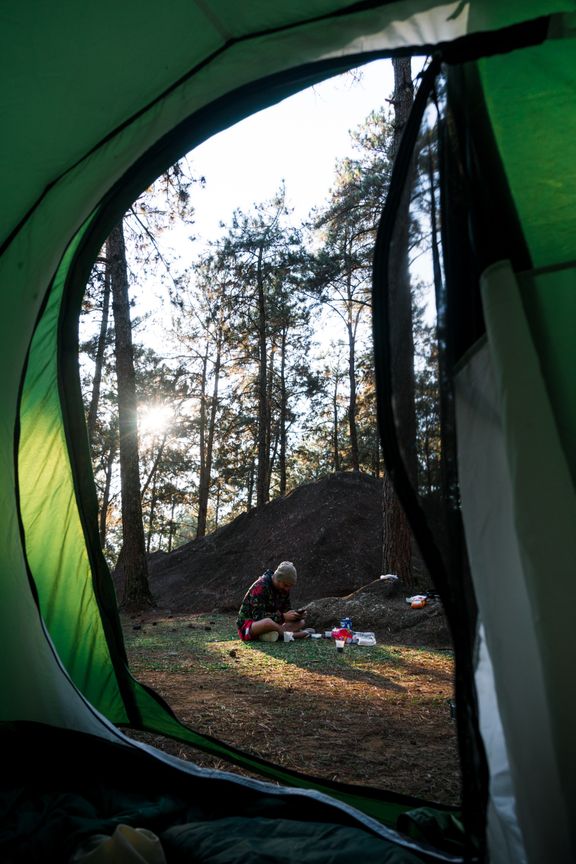 After listening to Aiden’s story, Lauren felt really bad. She convinced the kids they wouldn’t be separated and took them home.

Later that night, Lauren spoke to her husband Andrew about it and she insisted they adopt the kids.

“We know we can’t conceive, Andrew,” she told him. “But you don’t really need to give birth to become a parent. Anyway, we’ve been planning on considering adoption. I already like those kids. Can we please take them in? Maybe this is the Lord’s way of telling us it’s time to start a family.”

After much deliberation, Andrew agreed, but they decided to phone the cops first thing the next morning and inform them about the kids. Lauren assured the kids there was nothing to worry about and that they were getting a new home.

“We’ll talk to your dad and try to convince him that you’ll be happy here. Until then, we can be your foster parents. Would you like to stay with us? Remember there’s no pressure on your guys, okay?” 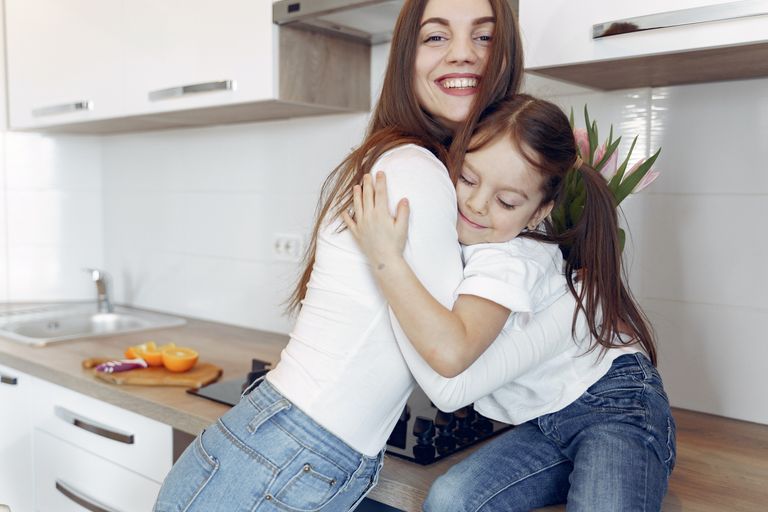 Lauren’s lovely blue eyes and warm smile captured Beth’s heart, and she smiled back. “You are like mommy! Mommy also loved us! I love you!” she said and hugged Beth.

As she hugged the two children, Lauren thanked the Lord for finally blessing her with the opportunity to become a mother.

Eventually, things fell into place. After fostering them for months, Lauren and Andrew were granted custody of the children. And they became their official parents and the loving family the kids longed for since their mother died.

You become a parent by heart and not necessarily by blood. While Aiden and Beth’s biological dad abandoned the kids after his wife’s death, Lauren and Andrew’s heart went out to the poor children, and they adopted the kids into their loving family.
If you see a kid alone, make sure you check on them. Lauren was worried Aiden was hiding something and wanted to ensure he was safe, so she followed him. Thanks to her concern, Aiden and his sister were pulled out of a miserable life.