When Tina convinces her parents to take in an injured and abandoned hunting dog, none of them foresee that he will one day repay the favor.

I read that dogs are very good at sniffing out mushrooms,” Tina said. The ten-year-old girl looked up at her mom and dad with wide, hopeful eyes.

Tina’s dad sighed, but her mom laughed. Tina had been trying to convince them to get a dog for over a year. They were used to her persuasion attempts.

Tina rolled her eyes and skipped ahead on the narrow path winding through the woods. “I’m sure we could train a dog to find all kinds of mushrooms.” 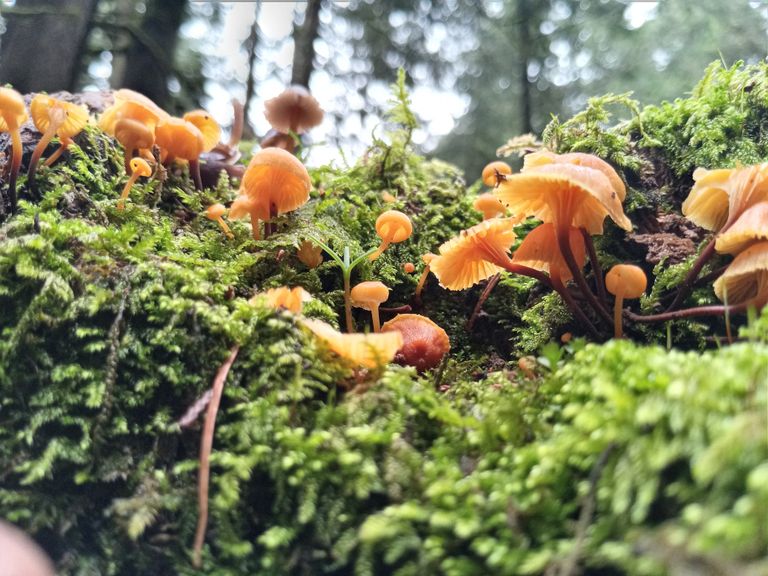 “Sweetie, I know you’d love to have a dog, but pets require a lot of care,” Tina’s dad said.

Tina turned from examining a fallen tree a few steps ahead to pout at her dad.

“Aren’t you both always telling me how good I am for doing chores on time and getting good marks in school? I can look after a dog.”

“We know you’re responsible, Tina, but there are also vet bills to think about.”

Her parents shared a glance. They adored their daughter and had often discussed whether they should get her a puppy. However, they always concluded that training a puppy would be too distracting for Tina, and they couldn’t afford the vet and food bills. 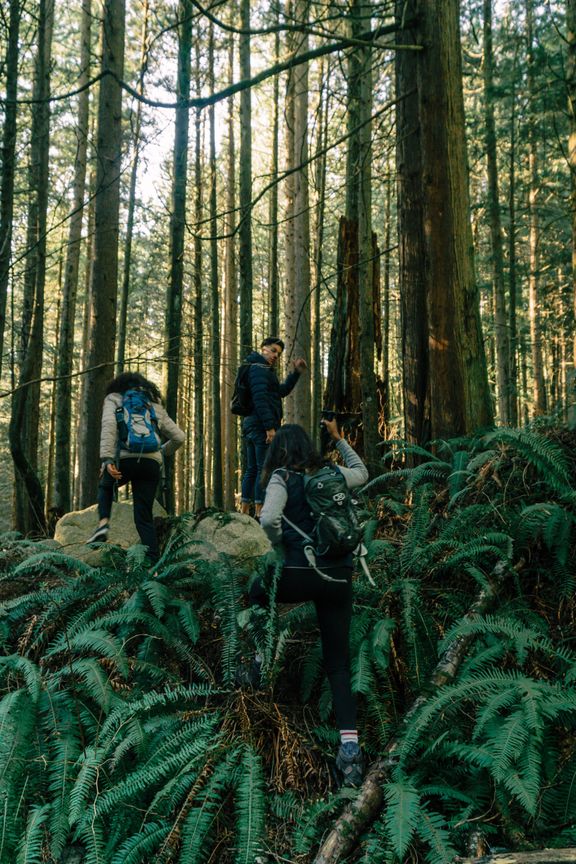 A pain-filled howl echoed through the trees at that point. Tina and her parents were immediately alert. They didn’t see anything moved through the ferny undergrowth. The cry ended in a series of whines and barks.

“That’s a dog.” Tina headed off in the direction of the howl.

“That dog is going to trigger another avalanche!”
“Wait, Tina!” Her dad reached for her arm but missed. “It could be a coyote.”

“Even if it is, it’s still hurt,” Tina called over her shoulder as she headed deeper into the forest. “We’ve got to help it.”

Tina’s parents rushed after her, fear speeding them on. They knew no good could come from Tina cornering a wounded coyote, no matter how kind her intentions were. Tina was soon out of sight, however. When they caught up to her, she was crouched beside a beautiful, roan-colored hunting dog. The animal lay on its side, whining.

Her dad rushed forward to examine the dog. He removed his pocket knife to try to pry free the trap closed over the dog’s paw.

“This trap shouldn’t be here,” he muttered angrily.

“Tina, check on his collar for a name tag.”

“He doesn’t have a collar.” 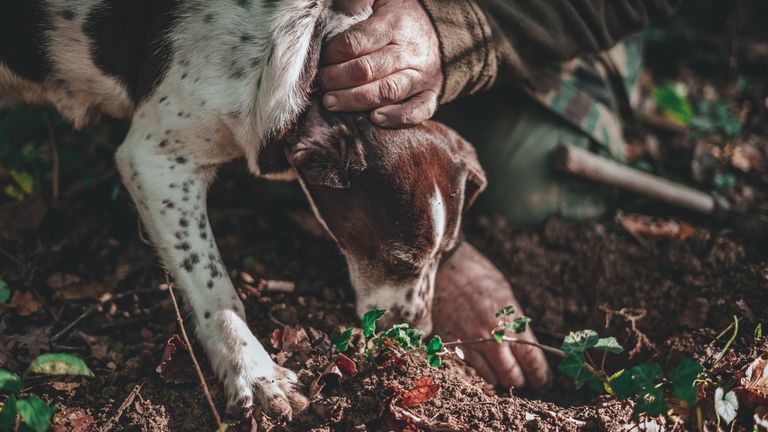 Tina’s mom was also trying to comfort the dog now. She’d grown up in a family of hunters and could tell the dog was well-bred. She also knew many unethical breeders and trainers dumped their dogs if they didn’t develop the nerve or skills to hunt.

“It’s not too bad, luckily,” Tina’s dad said. “By some miracle, the trap didn’t break any bones. He should heal up well.”

“We have to take him home with us,” Tina said. “He needs to have his wounds treated, and we can’t just leave him here alone.”

They took the dog home, and Tina’s dad treated his wound. Although Tina’s parents intended to take the dog to a shelter, the family quickly grew to love him. Tina named the dog Rocky, and he became a family member. 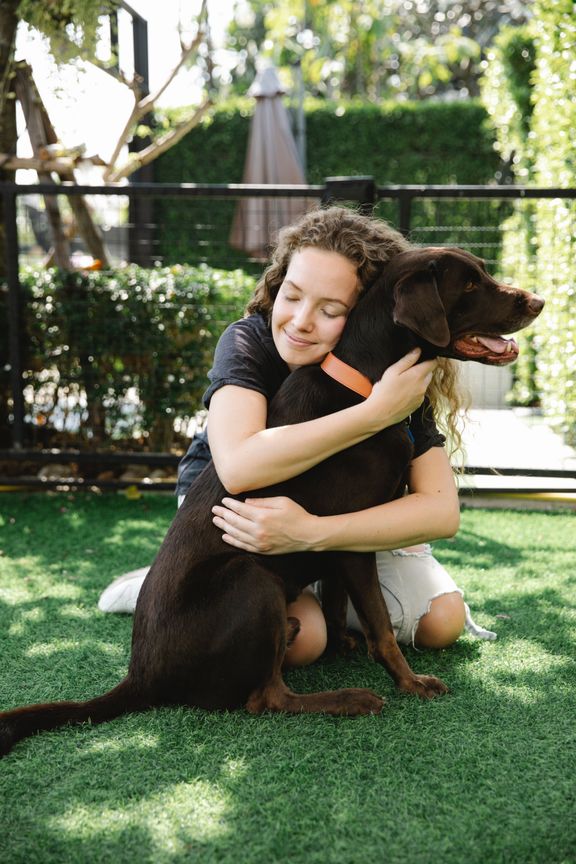 Several years passed, and even though Tina was a teenager, Rocky remained her best friend and confidant. The family went to the mountains for a winter holiday one year, and Rocky went with them.

The winter was harsh that year. Biting, cold winds chapped their cheeks when they went outside and nearly every morning revealed a fresh layer of glittering snow.

Rocky loved leaping through the fresh snow, and the family laughed at his antics.

“This has been a great holiday,” Tina’s dad said one morning.

“I want to take a walk through the woods again,” Tina said.

“It’s not as windy today as it was when we first went. The sun is out and it should be great day.” 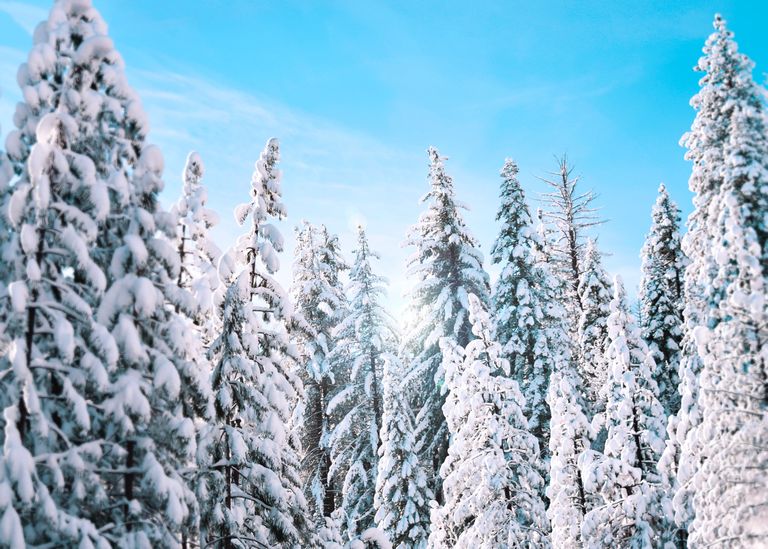 Tina’s parents agreed. The family took Rocky and walked in the woods near their guesthouse. Rocky roamed ahead of them, sniffing and tracking through the snow.

Rocky suddenly started barking and turning circles on the slope of the hill ahead.

“Maybe he smells some sleeping squirrels,” her dad said.

Tina entered the clearing where Rocky was barking just as a loud crack sounded from the peaks above. Tina’s parents looked up as the mountains rumbled and saw a large sheet of fresh snow break free. 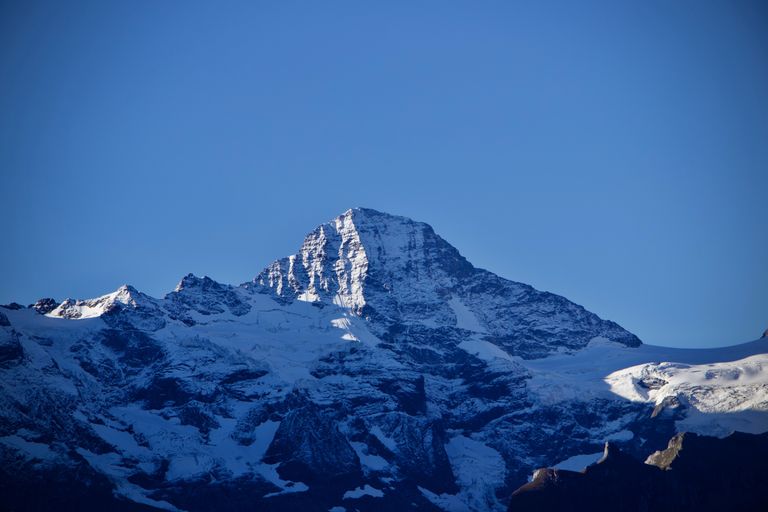 The warning was too late. Snow whooshed down the slope, funneling through the spaces between trees. It swept through the clearing where Rocky and Tina had been standing moments ago and erased all signs of the girl and dog.

Tina’s dad pulled her mom into the protection of a large tree. Once the avalanche ended, they rushed to find Tina.

Too scared to shout in case it triggered another avalanche, Tina’s parents dug frantically into the snow. They broke long branches from the trees and used them to pole the snow, but there was no sign of Tina.

Tina’s parents were starting to panic when Rocky appeared at their feet. He bit Tina’s dad’s sleeve and tugged on it, but he shooed Rocky away. Rocky barked at him. 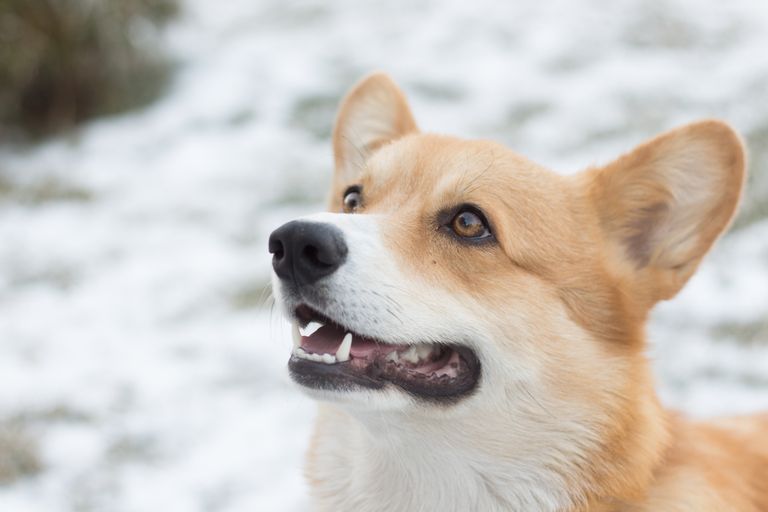 “Be quiet, Rocky!” Tina’s mom sobbed. She pushed the dog away.

Rocky whined, but Tina’s parents were too frantic to pay the dog any mind. They didn’t even notice when he took off through the snow and began digging at a spot some distance away.

“That dog is going to trigger another avalanche!” Tina’s dad hurried across to Rocky to keep him silent. When he reached the dog, he found a deep hole dug into the snow. Tina’s gloved hand and sleeve protruded from it.

Tina’s father called for his wife. Tina’s parents, and Rocky, dug Tina out of the snow together. Once she was free, they rushed back along the trail and drove her to the hospital. 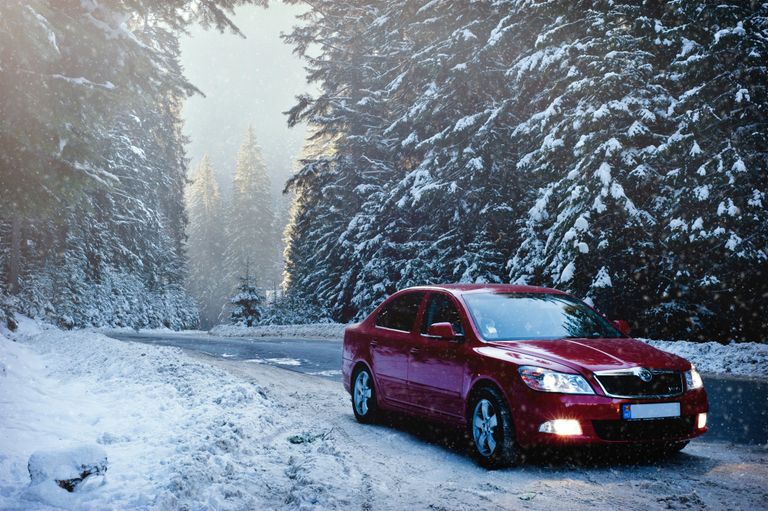 Luckily, Tina’s injuries were not severe. On the day she was due to be released, her parents got special permission to bring Rocky with them to fetch her.

Rocky jumped onto Tina’s bed and immediately started licking her. Tina laughed and threw her arms around the dog.

“All those years ago, you rescued Rocky from that trap and now, he’s repaid the favor by rescuing you from the snow.”

Good deeds are always repaid. Tina earned Rocky’s love and trust when she saved him, and he didn’t give up on saving her when she was in need.
Always be good to animals. Whether they are our pets or animals in the wild, all living creatures deserve our respect and care.