Loretta Lynn died a few months after a loving tribute to her late husband of 48 years.

Now her legacy and famous ranch for tourists will go to the children.

Country music icon Loretta Lynn recently died, more than 20 years after her husband of four decades passed on. The couple met when she was a teenager, and the pair went on to have six kids together.

Singer Loretta Lynn’s children announced that she has passed away on social media. The star is said to have died in her “sleep” in Tennessee, her hometown. She was 90. 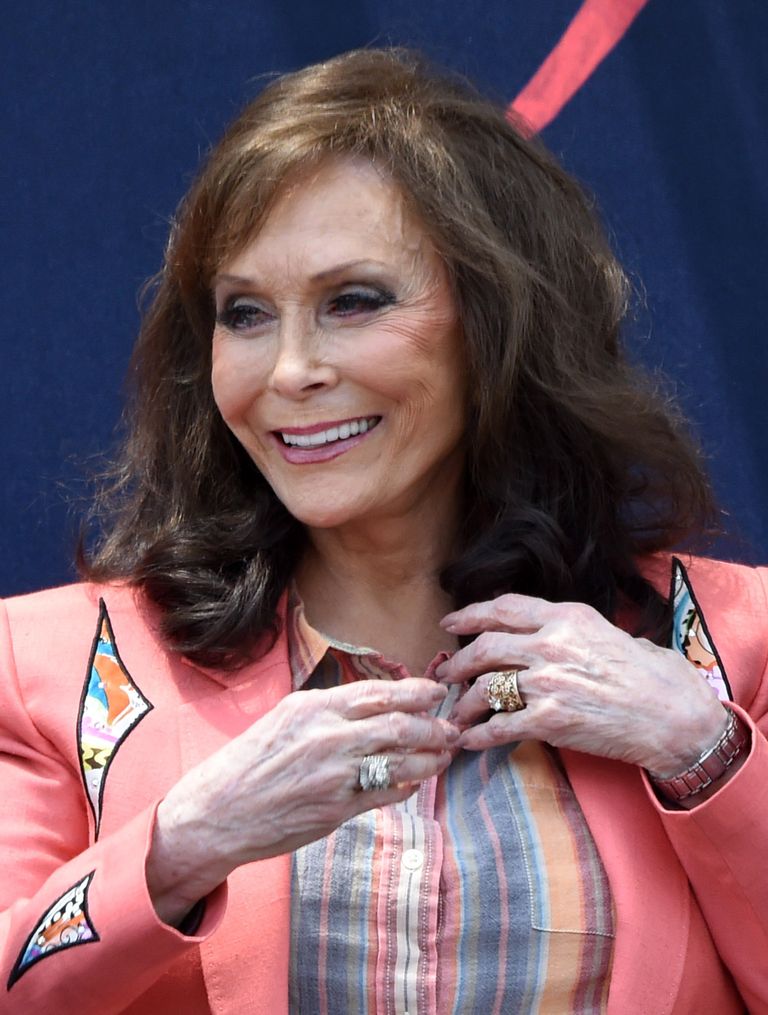 “Our precious mom, Loretta Lynn, passed away peacefully this morning, October 4, in her sleep at home at her beloved ranch in Hurricane Mills,” her family wrote in a statement on Facebook.

Loretta celebrated her 90th birthday in April 2022 and received well wishes from fellow musicians worldwide via People. Tim McGraw said at the time:

“To us, you’re always timeless and ageless and always will be.”

Loretta was not only a music star but also a widow and a mom. She met her future husband, Oliver Lynn when she was fifteen. He was twenty-one.

The pair got married a month later, on January 10, 1948. The couple stayed married for nearly 50 years, and their union was without its ups and downs.

Before Loretta died, she openly got candid about her five-decade-long marriage to Oliver, who also happened to be her talent manager.

The songwriter revealed in her 2002 autobiography, “Still Woman Enough,” that her spouse cheated on her numerous times throughout their marriage, but she stood by him. Loretta stated that many women often question why other women choose to stay with their cheating partners:

Loretta revealed to CBS News in 2002 that she stayed married to Oliver, known as “Doolittle,” because he fathered her kids. The doting mom said she had to put her children first to avoid being “selfish.”

“He broke my heart many times, but that would have broken the kids’ hearts, wouldn’t it?” Loretta said. The couple had six children together: Betty, Cissy, Patsy, Peggy, Ernest, and Jack. Oliver sadly died on August 22, 1996, at age 69. He passed away from diabetes-related health issues and heart failure.

In January 2021, Loretta paid tribute to the father of her kids on social media on the couple’s 73rd anniversary. She posted a video singing her song, “I Can’t Hear the Music,” which she co-wrote following his passing.

The Kentucky native expressed disbelief on how long it had been since he died, revealing that Oliver was her “biggest fan” and the “real force behind” her career. Loretta also mentioned that they had been through tough times together. They “fought” for their relationship and loved each other immensely:

Loretta also paid homage to her beloved spouse only two months before her death in August 2022. She posted a photo of his young self in uniform on Instagram.

The “Coal Miner’s Daughter” singer revealed that Oliver would have turned 96 while reminiscing about when they first crossed paths. “Today, my Doo would be 96 years old. Wow! I still remember that young soldier I first met in Butcher Holler. Happy Birthday, honey.”

Oliver shaped his wife’s entire life and career. He encouraged her to pursue music and helped elevate it to greater heights.

Oliver Played an Integral Part in Loretta’s Life
Loretta told People in 2010 that although she and her husband went through many difficult times, including a period of physical abuse, where whenever he beat her once, she would “hit him back twice.”

She was a teenage coal miner’s daughter when she met Oliver – who was six years older than her – at a pie social. Loretta penned in her 1976 book, “Coal Miner’s Daughter,” that her spouse used to tell her that he “raised” her in the manner that he wanted her to turn out.

“I went from Daddy to Doo, and there’s always been a man telling me what to do,” she explained. Still, Loretta has credited Oliver for starting her music career.

He bought her a $17 guitar and promoted her music to local radio stations. Oliver was Loretta’s manager for several years, having started in 1973. She said if it were not for him, her music career would be non-existent, and she would not “have had the inspiration for” her hit songs:

“And I never could have run my business.”

Loretta noted that seven decades ago, her life significantly “changed” when she agreed to marry Oliver. She added they spent “48 years together” and wished he were still alive because she missed him.

Per Grunge.com., via Celebrity Net Worth, Loretta’s successful music career spanned six decades, and when she died, she was worth $65 million.

The music legend passed away at her private home in Tennessee, dubbed Loretta Lynn’s Ranch. The property has become a tourist destination for many of her fans – and the largest in the estate.

It boasts 3,000 acres and offers several activities for guests. There are campgrounds on the rural landscape, which include several RV spots and areas for tent camping. The ranch also provides cabins that can house four to eight people.

Visitors can pop into various museums on the estate, including the Native American Artifact Museum, which honors Loretta’s heritage by displaying over 5,000 relics and unique pieces.

Per HollywoodLife, some of country music’s biggest stars paid tribute to Loretta following her passing on social media platforms.

Singer Dolly Parton wrote that she and Loretta had “been like sisters” through the years they were in Nashville and described her as a “wonderful human being,” while adding that she was one of her fans.

Country crooner Blake Shelton tweeted on Twitter that it was awful to hear about Loretta’s death and sent: “Prayers to her family.”

Grammy Award winner Miranda Lambert said she was shattered to hear about Loretta’s death, adding the starlet had always been polite to her and that she was the trailblazer for her and other girls in country music.

My heart is broken with the news of my sweet friend Loretta Lynn passing. I will remember all the sweet visits and laughs we shared. RIP sweet Angel. pic.twitter.com/X5IqiD63an

Meanwhile, Parton’s younger sister, Stella Parton, expressed that she was brokenhearted to learn about her dear friend’s passing, adding she would forever cherish the “visits and laughs” they “shared.” “RIP, sweet angel.”