Man Adopts Sick Ex-stepdaughter He Sees Sleeping on Street, Gets $45K for Sons’ Tuition in Return — Story of the Day

A poor father of three took his sick ex-stepdaughter home after finding her asleep on the street, knowing little about the anonymous letter and life-changing reward he would soon find in his mailbox.

Two years after his devastating breakup with his partner of six years, Leslie, 39-year-old Reynold married Evie, his best friend. Reynold felt his life was complete. They welcomed three beautiful babies into their brood the following year and lived happily.

By that point, the doting dad had gotten over his ex-partner, but for some reason, he still hadn’t forgotten about Madison, Leslie’s 8-year-old daughter from her previous marriage, who shared a strong bond with him… 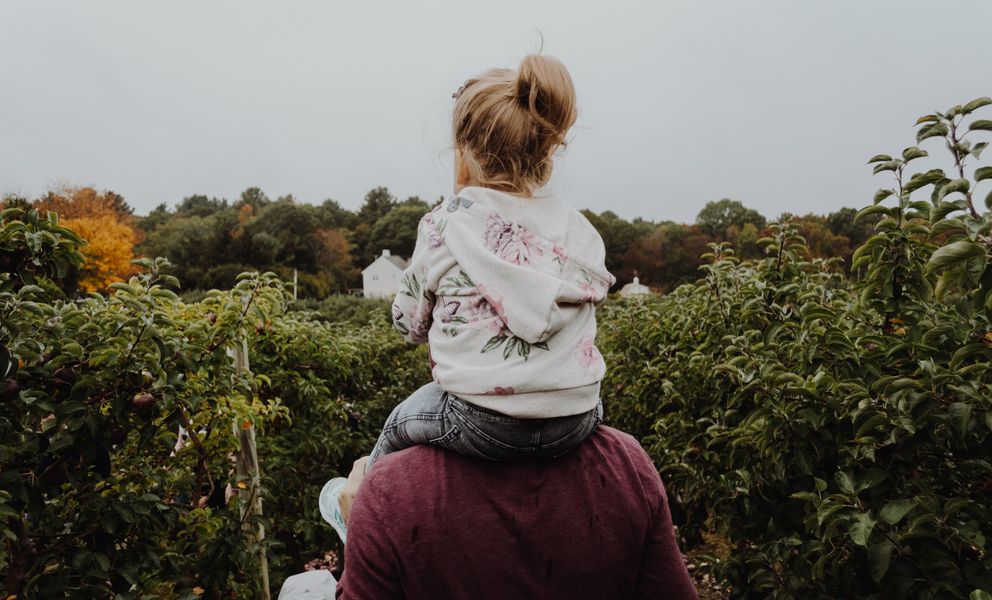 “What is wrong, darling? You seem lost,” Evie snapped Reynold to his senses, running her hand in his hair. “Is everything alright?”

“Yeah, I’m okay. I was just thinking about Madison.”

“She is such a sweet child. I hope she’s happy wherever she is.”

“Oh, don’t worry, honey. I’m sure the girl is doing fine. Her mom dumped you to marry a rich man, right?”

The dad’s prayers were answered in the most surprising way when he found an unusual letter in his mailbox.

Dark memories of Leslie still haunted Reynold. He could not shake off the fact that despite his devotion to their relationship, she left him for Bruce, a wealthy acquaintance. Reality struck him hard, but he assumed Madison would be fine. 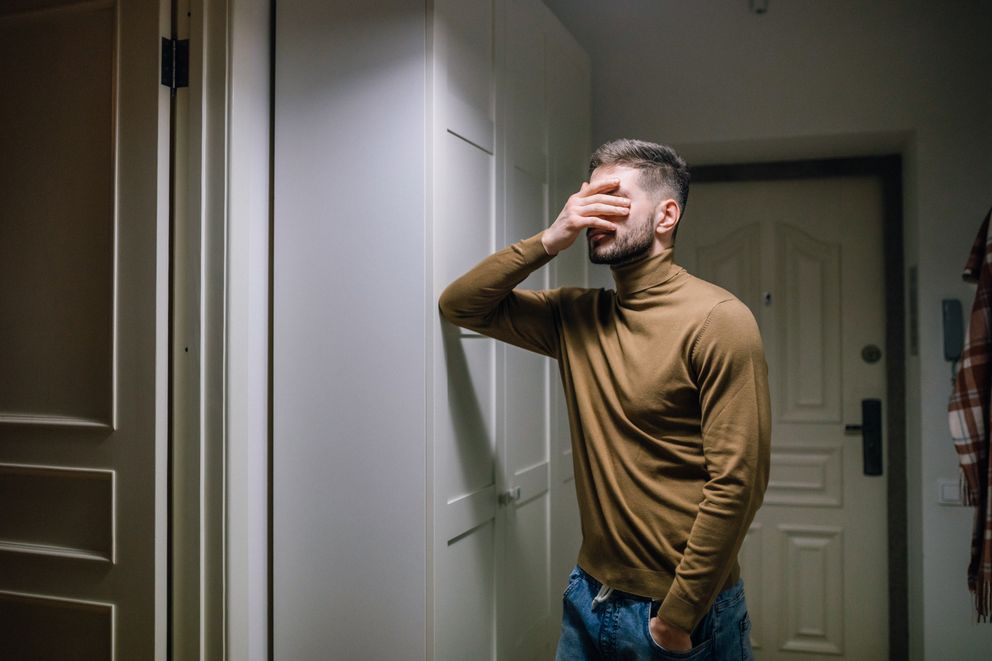 “Bye, honey!” Reynold kissed Evie before leaving for work that day. He got into his second-hand car and sped past the gate onto the busy street.

“Traffic these days!” he mumbled and waited anxiously for the signal to turn green. He looked around, and a little girl sleeping on a roadside bench drew his attention. He observed her keenly through the gaps between the vehicles. He couldn’t believe his eyes when he recognized the child.

“Madison?!” he shrieked, pulling over near her. “Madison? Wake up—”

The girl stirred and opened her eyes.

“Madison, honey, what are you doing here? Where is your mom?”

The girl quickly recognized him and burst into tears.

“Reynold! I’m so glad you found me before he did,” she stammered.

“And where is your mom?”

“My mom died of a heart attack two months ago.”

“What—Leslie died?” said Reynold. “And what happened to you? Why are you sleeping here? Come with me. I’ll bring you to your stepdad.”

“No, please. I don’t want to go there,” she cried. “I don’t like Bruce. He doesn’t love me, and he’s rude to me. After mom died, he often brought strange women home, and they would party all night, dance, and laugh loudly. I couldn’t take it anymore, so I ran away from my house.” 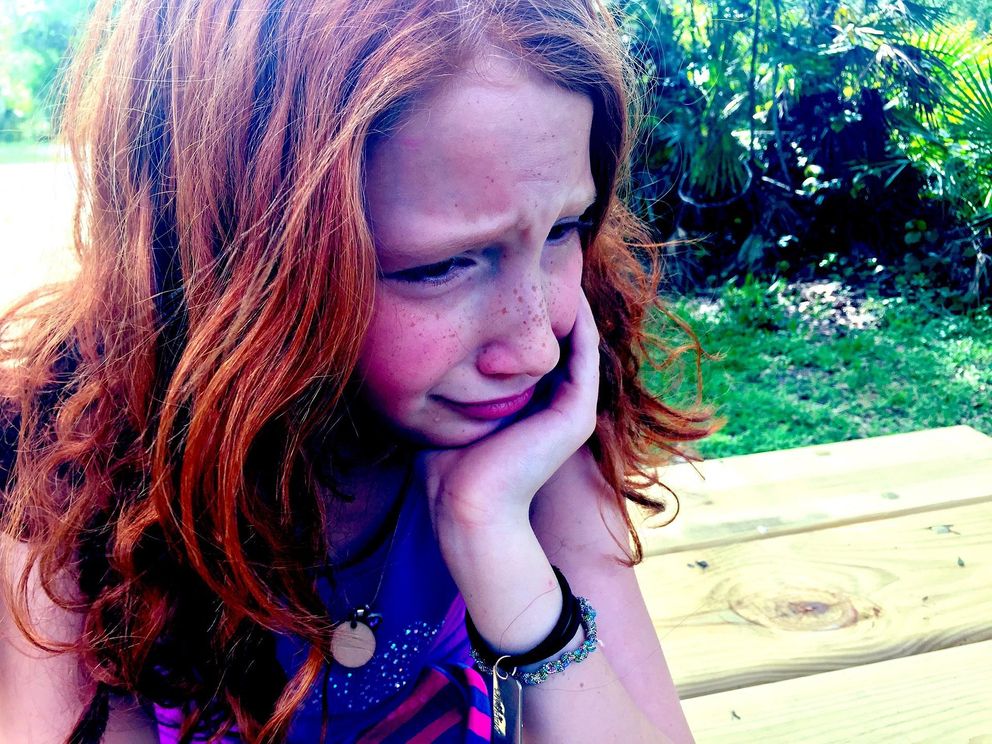 Madison began to pant and then blacked out.

“Madison, honey, wake up!” Reynold screamed and patted her face. But the girl wouldn’t wake up. He rushed her to the hospital, where doctors revealed Madison’s heart needed surgery. It would cost approximately $30,000.

Reynold was shocked. He was already struggling to settle his debts and had been working hard for a promotion. But he also couldn’t just ignore Madison’s needs. He regarded her as his daughter.

“Alright, doctor! I’ll arrange for the money,” he assured and took Madison home.

“I’m sorry, Evie. I should have discussed it with you first, but I couldn’t leave the girl alone like that. She needs us. We have to save her life.” 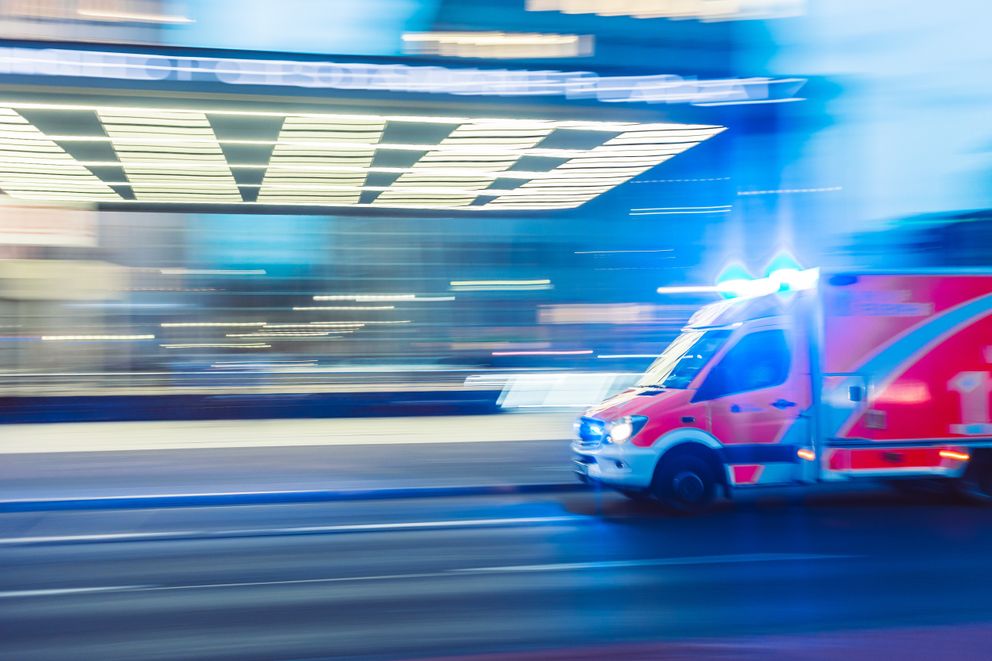 Although hesitant about how they would manage their expenses, Evie applauded and supported Reynold’s decision. They sold their car and used all their savings to pay for Madison’s surgery.

“Sweetheart, we have three amazing children, and having Madison around is not going to make a big difference!” replied Reynold. “I’m sure God will help us—He will show us a way…Madison will live with us. I’m not ready to send her away.”

Reynold was confident about his decision, so he legally adopted Madison, and they lived happily.

Two years later, on Madison’s 10th birthday, Reynold’s prayers were answered in the most surprising way when he found an unusual letter in his mailbox. 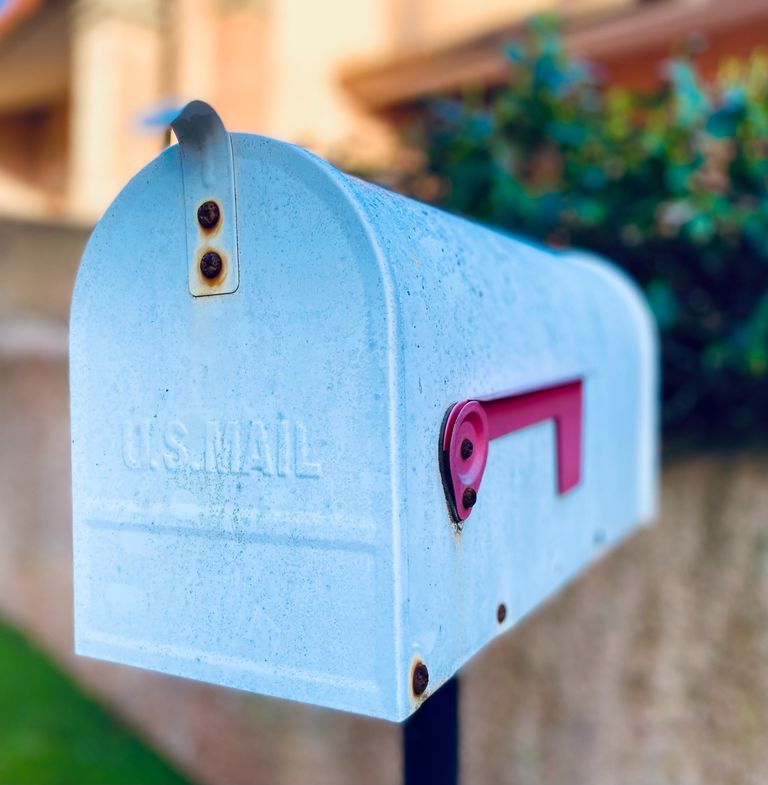 He tore the letter open. It was sent by a certain Lewis, claiming to be Madison’s grandfather.

“I am glad that my granddaughter, Madison, found a loving home at last. I thank you for taking her in, Mr. Sandler. And I’m sorry for taking such a long time to reach out. It took me a lot of time to even call her my granddaughter,” read the first line.

As it turned out, Lewis was the father of Leslie’s first husband.

I could not forgive my son for disobeying me and starting a life with his girlfriend, Leslie. I cut him off from my life. By the time I was ready to reconcile, I was too late. He died in an accident. I never wanted to be a part of my granddaughter’s life, but now that I do, I’m too old to care for her alone. So here’s a check. I hope this can help with Madison’s education. Mr. Sandler, thank you so much for being there for Madison. Please do not search for me. I wish to remain anonymous. 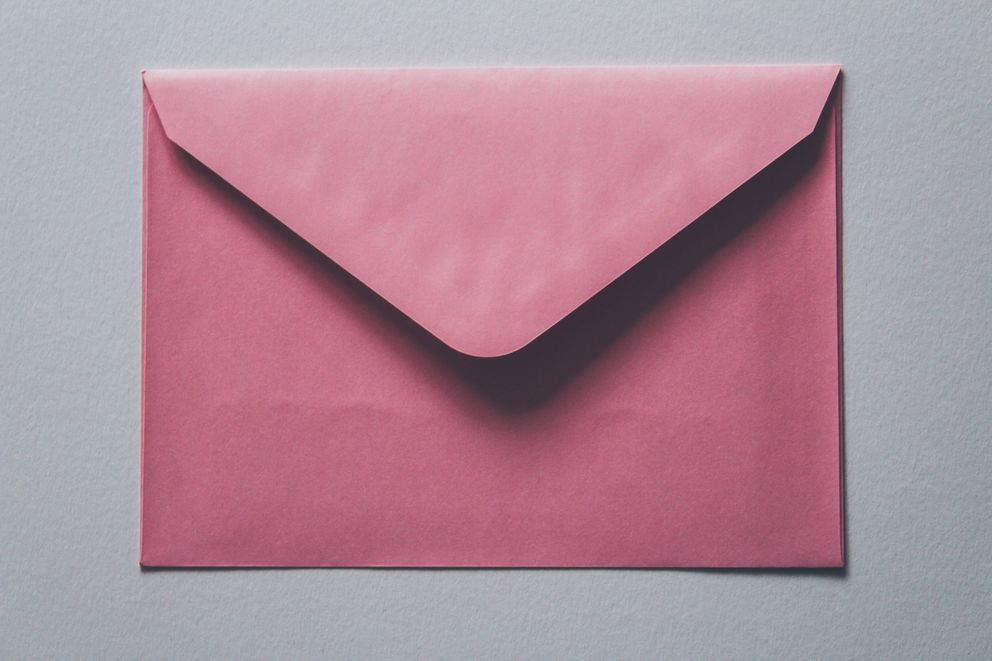 Reynold took out the check from the envelope and was astonished. The amount was enough to cover not just Madison’s but his children’s education as well. He shared the good news with his family, and although he wanted to reach out to Lewis and thank him, he decided to respect the man’s wishes.

At that moment, Reynold couldn’t help but shed tears of joy. He watched his children jump in delight, assured their future was cemented on the foundation of love, compassion, and Lewis’s blessings. 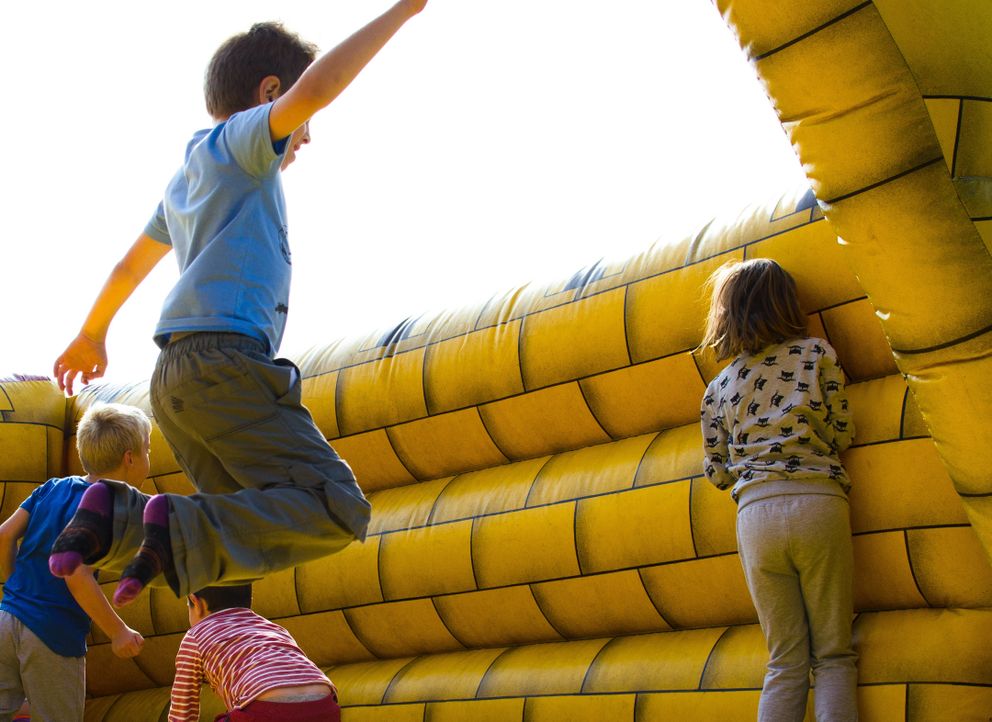 Believe in yourself and have faith in miracles when challenges come your way. Despite his struggles, Reynold paid for Madison’s surgery and adopted her. He was sure that God would help him someday, and his prayers were answered.

When you help someone without measure, you will be rewarded tenfold. Reynold sold his car and spent his bank balance to afford Madison’s surgery. His compassion earned him $45K in the end.