“Have you called someone? Does security know?”

Colin heard the commotion as he approached the elevator of the building. He had been visiting his lawyer for some final signatures for a small expansion he had bought for his farm, which had taken a long time to complete. Finally, he was done with all the red tape and would be able to start his new project, but the unrest around him distracted him from his plan. 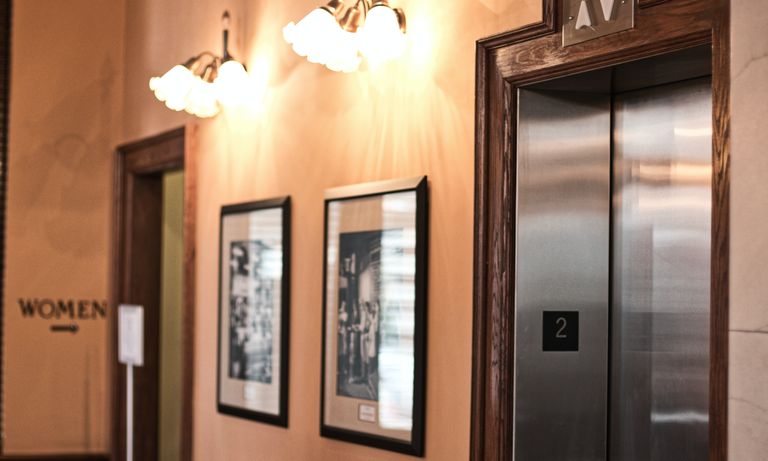 “What’s going on?” he asked the people panicking in front of the elevator.

“Mr. Davis, is your attorney coming? There are a lot of cases to get through today. I don’t want any delays,” the judge asked.
“There’s a woman stuck in the elevator alone!” a woman replied hysterically.

“Well, calm down. Security will open it soon,” Colin said, not understanding her attitude.

“She’s in labor! Her water broke, and she’s all alone in there!” the woman said, wiping her sweaty forehead.

“Oh, Jesus. Has someone called 911?” he wondered, starting to worry like the rest of the people around him.

“Yes, but–Oh, my God. Can you hear her screaming?” the woman pointed out, distraught.

She was right. The woman inside the elevator was screaming – a horrible, excruciating screech that would probably be even worse if the elevator doors were open. Colin felt like he should do something. Suddenly, he remembered the crowbar sitting on the trunk of his pickup inside the building’s underground parking lot. 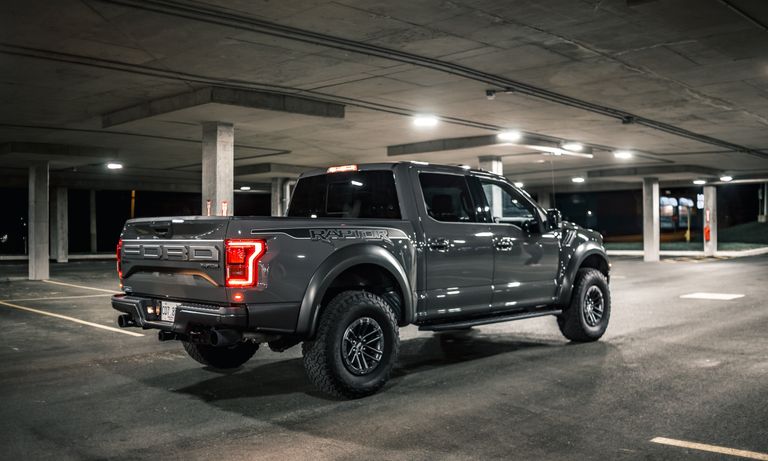 He looked around and found the emergency stairs. He turned to the strange woman and yelled, “I’ll be back!” He took off at a run. They were on the 11th floor, but he ran like never before.

Colin reached his truck with barely any breath left, but somehow, he didn’t even stop. He grabbed the crowbar and ran back. Going up the stairs was much more difficult, but he continued, knowing they needed to open those doors immediately.

Finally, he reached the 11th floor. “Everyone move!” he told the gathering, and when they did, he started banging on the door, trying to find some purchase so they could open the doors.

“Help me!” he screamed again when his crowbar slightly separated the doors.

The men placed their hands in the crevice, and they pulled until the doors finally gave up and opened.

The woman was writhing on the floor, and it was a whole mess that no one there was prepared to handle except a few women who rushed to her.

“Should we take her downstairs?” Colin asked, his chest moving quickly as he tried to recover from his massive efforts.

“I don’t think we can move her,” someone said. “Let’s wait for the paramedics.” 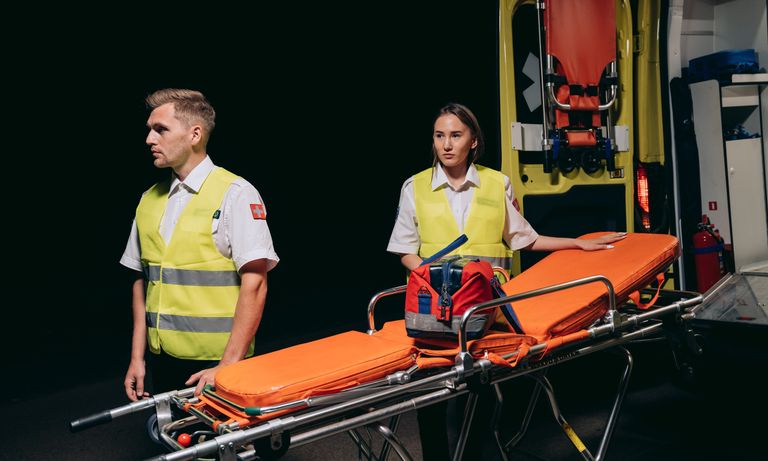 Luckily, they arrived a few seconds later through the emergency stairs and did their thing, put the woman on the gurney, and rushed out. Colin followed them just in case they needed help and saw as they placed the woman in the ambulance.

“Thank you,” she squeaked weakly at him as the doors closed and the ambulance took off.

Colin stood there breathing heavily for a long time, then went to his truck. He hoped everything would go well, but he would probably never know.

“You’ve been served,” a stranger told Colin, handed him an envelope, and left. He opened it and was shocked to discover that the corporation that owned the building where his lawyer’s office was located was suing him for damages for the door.

“This can’t be,” Colin muttered, shocked. “This happened months ago. I can’t afford a lawsuit right now.”

He honestly couldn’t. They had invested all their money in the expansion of the farm, and things were tight for them since then.

“Call Mr. Rothstein,” Colin’s wife, Taylor, urged, and he did. Mr. Rothstein told him not to worry because the whole matter was ridiculous. But they had to go to court.

“Where’s Mr. Rothstein?” Taylor worried when they reached the courtroom for their appointment, and they couldn’t see their trusty lawyer. 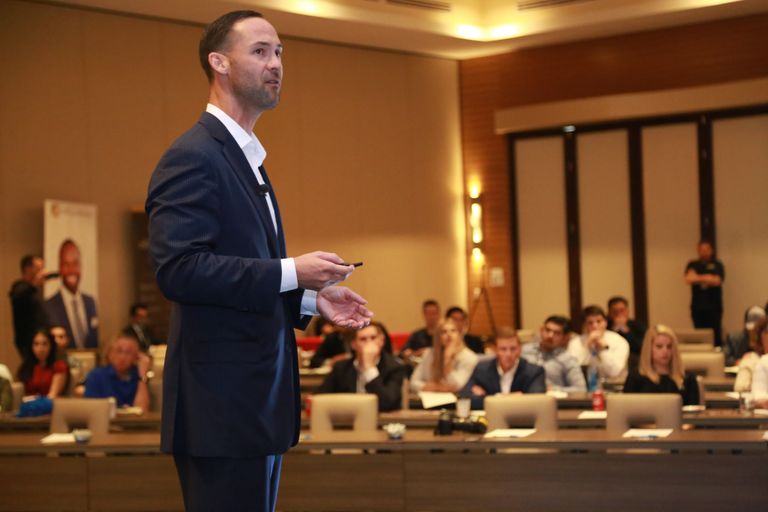 “I don’t know,” Colin said, worried as well. They truly needed him.

“Mr. Davis, is your attorney coming? There are a lot of cases to get through today. I don’t want any delays,” the judge asked, looking at him from behind her glasses expectantly.

“Ugh… ugh… yes, I…” he stuttered, but the courtroom door creaked as they opened, but it wasn’t Mr. Rothstein. He didn’t recognize that man. Regardless, he walked toward Colin with confidence and shook his hand.

“Your honor, I’m here in place of Mr. Rothstein,” the man said and introduced himself as Parker.

“Thank you, Mr. Levi,” Colin told him after they shook hands.

The plaintiff party, represented by a tough-looking lawyer, exposed their case against Colin, including footage where he broke the elevator doors and eventually pushed them open.

“Your honor. There’s a protocol for this kind of emergency, and Mr. Davis had to wait for the building to follow that protocol,” the opposing lawyer explained and finished his side. 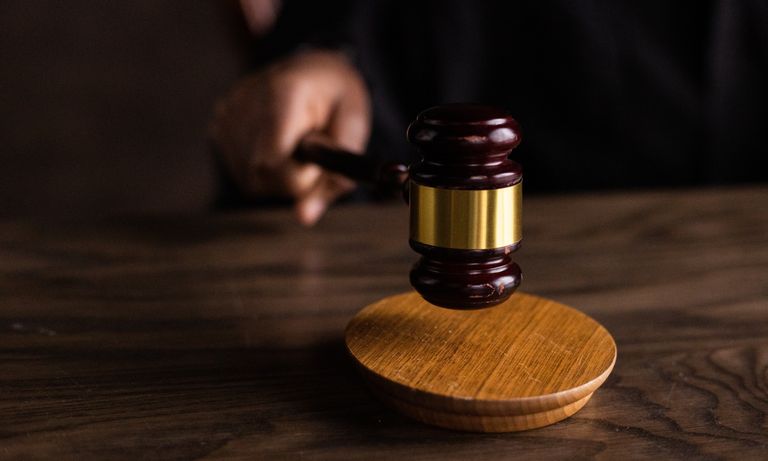 Mr. Levi got up and buttoned his suit. “Mr. Friedman conveniently failed to mention the pregnant woman who went into labor inside the elevator and was screaming in pain. Emergency services had been called, but nothing was happening, and tons of people heard her screams,” he began.

Colin could tell that the judge was listening intently.

“Mr. Davis ran down 11 floors to his car and went up again to save this woman and her child, which… he did,” Mr. Levi revealed, showing the court several CCTV photos as they took the woman out of the elevator. Finally, the lawyer pulled up a picture of the woman with her baby in the hospital.

“The defendant did his civic duty to help a woman in pain. The laboring mother might not have survived if things had been delayed… I mean, if he followed protocol.”

Colin looked at Taylor and smiled. Mr. Levi continued, eviscerating the plaintiff’s case, and although they expected the judge to take longer, she dismissed the case quickly.

“Thank you, Mr. Levi. I don’t know why you came here for me instead of Mr. Rothstein. I hope he’s ok,” Colin shook the lawyer’s hand. 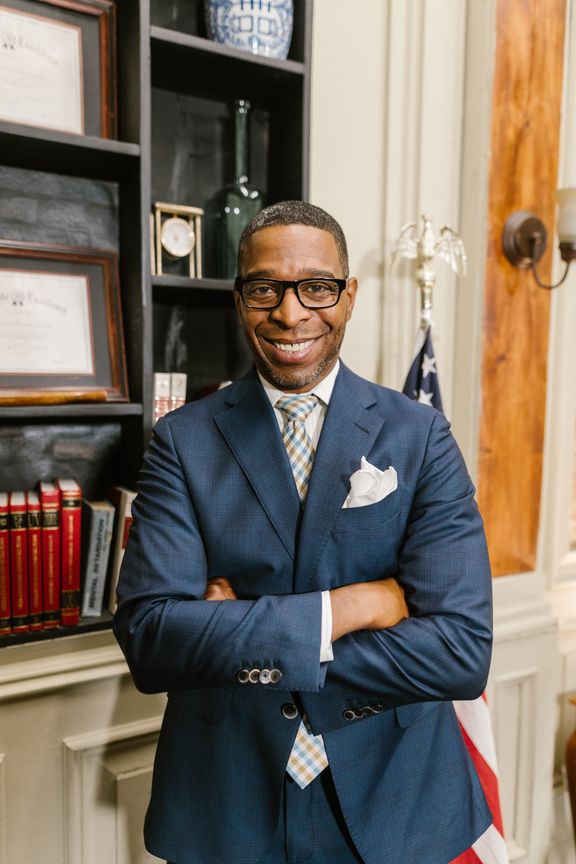 Parker smiled. “Mr. Rothstein is very well, Mr. Davis. But I wanted to be here. The woman in the elevator was my wife. She and my baby are fine because of you. I owed you, big time,” the lawyer revealed, shocking Colin and Taylor.

But the farmer smiled and hugged the man. Even with all the trouble that his good deed had caused, Colin would never hesitate to help another person.

Always help someone in need, no matter the consequences. Colin did the right thing, even if he caused damage. Ultimately, people’s safety is more important than material things.
The good you give will eventually come back. Colin helped a laboring woman, not knowing that her husband would defend him later in court.