Man Covers Freezing Dog with Blanket, Dog Returns Later with Owner and Blanket between His Teeth – Story of the Day

After a hard day at work, Arnold returned home to find a dog freezing in the cold. He couldn’t bring the dog inside because of his wife’s allergies, so he covered him with a blanket. But the following day, he heard loud barking and stepped outside to a huge surprise.

It was a cold night in Minnesota, and Arnold was returning home after his long shift as an Uber driver. He was looking forward to drinking a hot chocolate with his three children and cuddling in bed with his wife.

The headlights illuminated his driveway as he pulled up, but they also revealed something odd. There was a tiny figure sitting on the grass to the right of the front porch, so he parked and got out to check on it.

It was a dog. It was a cute little buddy, shivering in the cold. As Arnold approached, the dog wagged its tail and got closer, burrowing into Arnold’s warmth. “Hey, there, buddy. What are you doing over here?” he asked the pet, not expecting an answer, obviously. 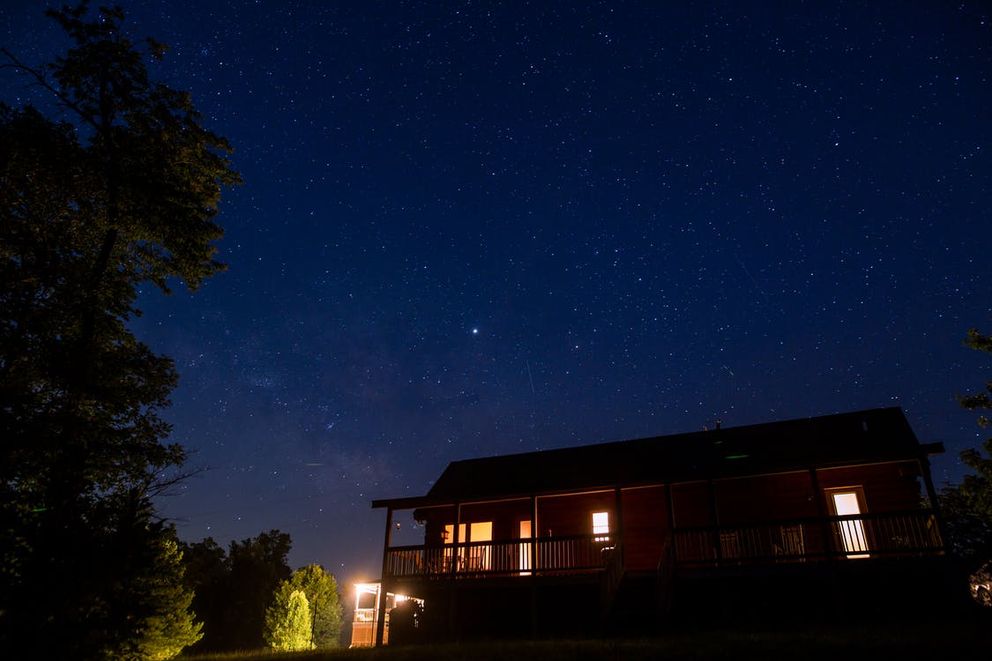 He petted the dog for a while until his wife, Miriam, came out. “Honey, why are you still outside? Dinner’s ready,” she called out from the front porch, her arms wrapped around herself to keep warm.

They ate breakfast and prepared to take their kids to spend the day at the lake, a fun and cheap outing that worked for everyone since the family didn’t have many funds. Suddenly, they heard barking coming from their front porch.
“There’s a dog here. It’s freezing, Miriam. Can I bring it inside?” Arnold replied, hoping his wife would say yes, but it was unlikely.

“Oh, dear. Doesn’t he have a tag?” Miriam said but stayed where she stood. She was terribly allergic to dogs and shook her head at the idea.

“He has a collar, but there’s no tag. That’s so irresponsible,” he said. The cutie was still super close to Arnold, and he had no idea what to do.

“Honey, I can take some allergy medicine. I don’t have the heart to leave him out here,” Miriam suggested reluctantly. His wife had a huge heart, but Arnold knew her allergies would be a disaster for several days if he brought the dog inside.

“No, hon. But there’s something we can do,” he assured her. “Wait here, little buddy.” 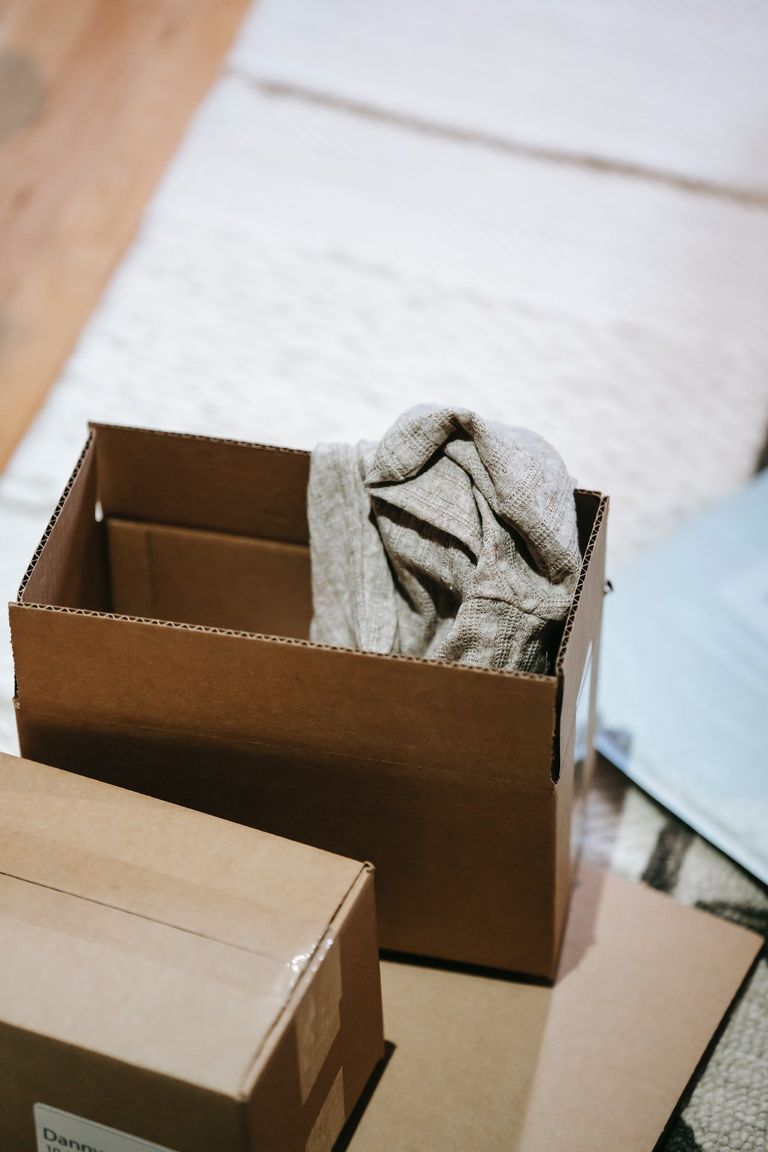 Surprisingly, the dog stayed where he commanded, giving Arnold the impression that he had an owner who had trained him well enough. It was odd that they didn’t think to give him a tag, Arnold thought.

He went into the house, Miriam following right behind. He didn’t dare tell his kids about the puppy as they would demand to bring him inside and keep him forever, and his wife would cave. He rushed to get an old box and a blanket instead.

He went back outside, placed the box on his front porch, and called the dog. “Here, buddy. Come here.”

The dog once again followed his command and got into the box immediately and Arnold did his best to wrap him with the blanket. Miriam brought a plate of food and water to place next to his makeshift bed. 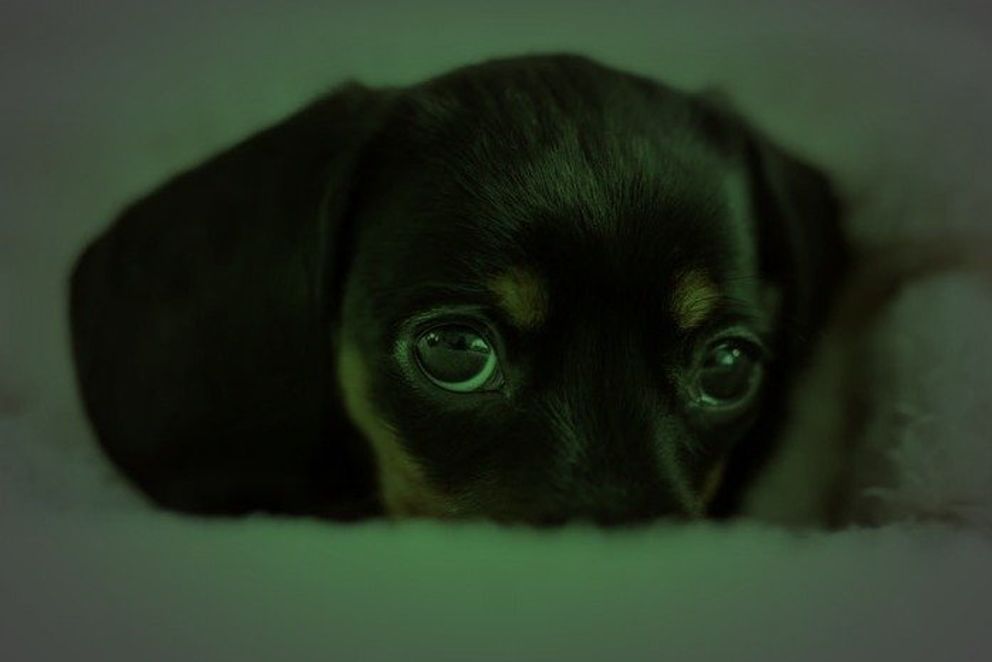 “That’s a good idea,” she told him. “Now, come inside and eat. I hope it doesn’t get any colder tonight.”

“I hope so too,” Arnold said, looking out into the dark night and hoping the dog would be alright on his porch. “Goodnight, buddy. We’ll find your owner tomorrow.”

It broke his heart to close his front door on the puppy, but Arnold told himself that there was nothing else he could do for now. They didn’t have a garage, which would have been perfect to shelter the dog, so this would have to do. If the owner didn’t appear the next day, he would think of another solution.

The following day, Arnold woke up to check on the dog and discovered he was gone, along with the blanket. He reviewed his security camera, and it seemed to capture someone grabbing the dog and carrying him away. He thought he saw the man kissing the pet, so he assumed he was the owner. 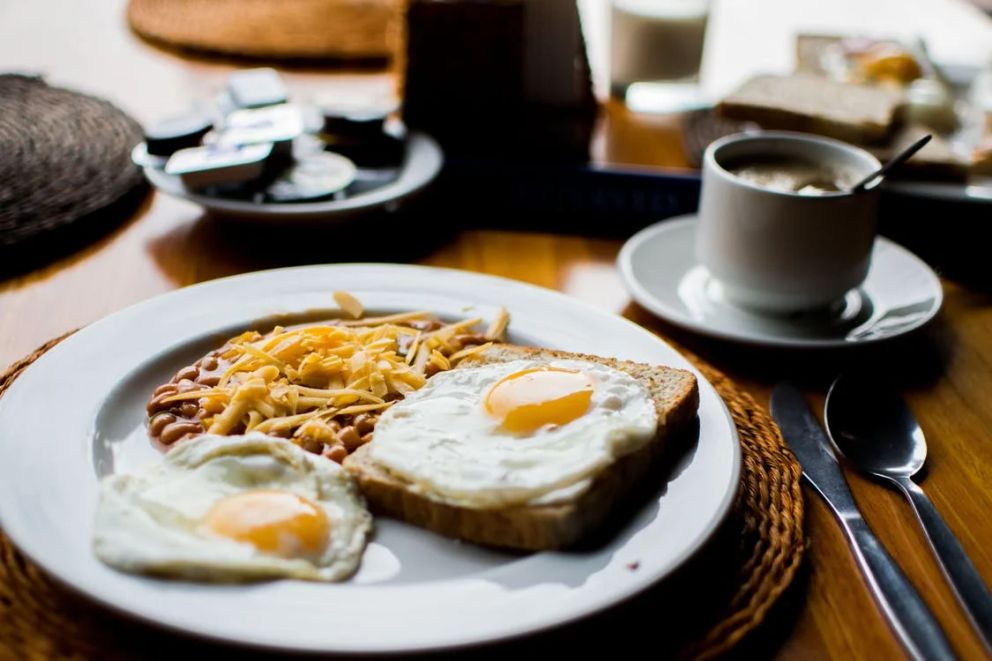 He told Miriam about it, and she was relieved too. “Honestly, I had a hard time sleeping thinking about that poor thing freezing outside. I hate my stupid allergies,” she lamented, and Arnold kissed her worries away, assuring her that the dog was alright with his owner now.

They ate breakfast and prepared to take their kids to spend the day at the lake, a fun and cheap outing that worked for everyone since the family didn’t have many funds. Suddenly, they heard barking coming from their front porch.

“Is that a dog?” one of his kids asked, raising his eyebrows in curiosity.

Arnold frowned and opened the door, only to discover the dog from last night carrying the blanket between his teeth. To Arnold’s utter shock, the dog dropped the blanket at his feet and barked again, wagging his tail. His tongue was lolling out as if he was smiling to thank him.

Arnold looked up with his eyes wide in surprise and saw the man who appeared on his security camera. He was holding the dog’s leash in one hand and a gift box in another hand. He approached Arnold with his other hand extended and introduced himself. 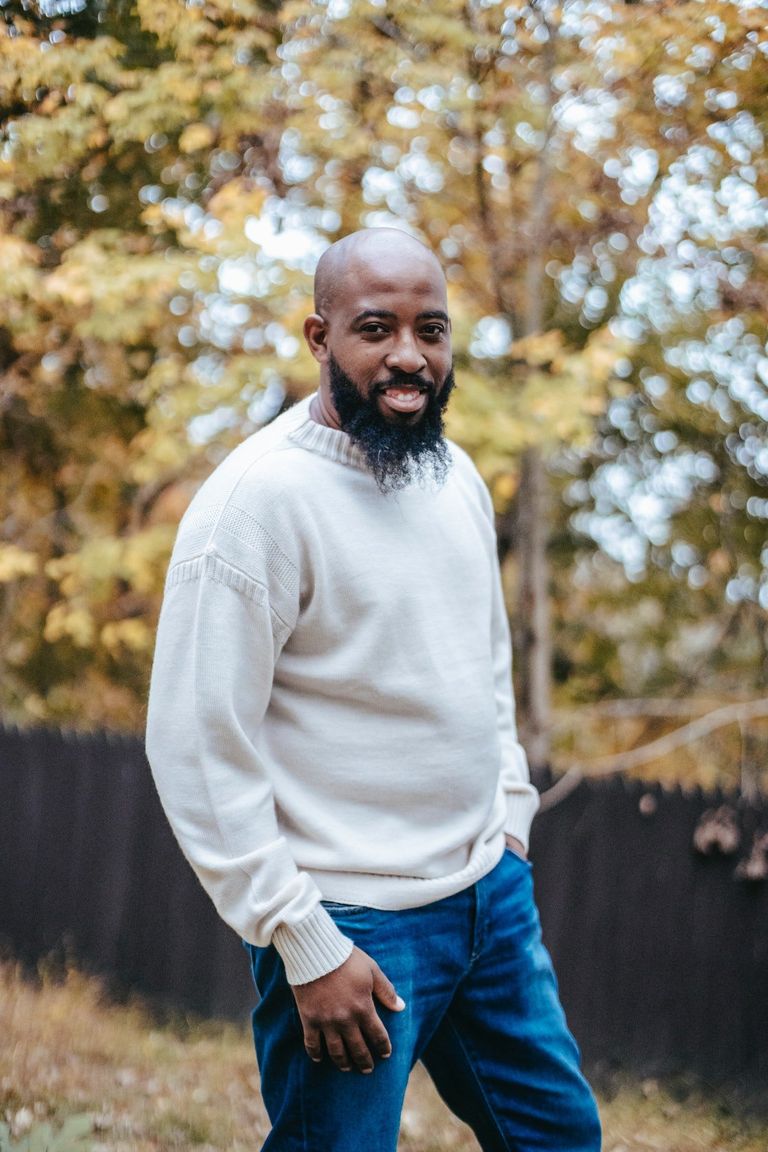 “Hey, man. I’m Mark. My dog got away from our house last night, and I spent hours looking for him. Thank you so much for covering him with a blanket and giving him food. This morning, he pulled me back here with the blanket in his mouth. It’s like he wanted to return it,” he stated, laughing. “I live four blocks away, and I’m completely surprised. Rocky is a little rascal but he’s so smart. Take this gift box please, there are some sweets and fruits for your children inside!”

Arnold nodded with a baffled grin. He introduced himself and explained what happened the night before. “I was going to take him to the vet to check his chip, but I’m glad you found him.”

“Yeah, I found his tag on my garden. It must have fallen off when he ran away,” Mark replied, one hand fixing his hair. “Anyway, how can I repay you for caring for Rocky?”

Arnold raised his hands and shook his head. “Oh, no. I wished we could’ve done more.”

Suddenly, the entire family came out, and Arnold told them about Mark and his dog, Rocky. Mark’s eyebrows raised, and he smiled at the family.

“Are you guys going somewhere?” he asked.

“We’re going to spend the day at the lake,” Miriam answered with a slight grin. 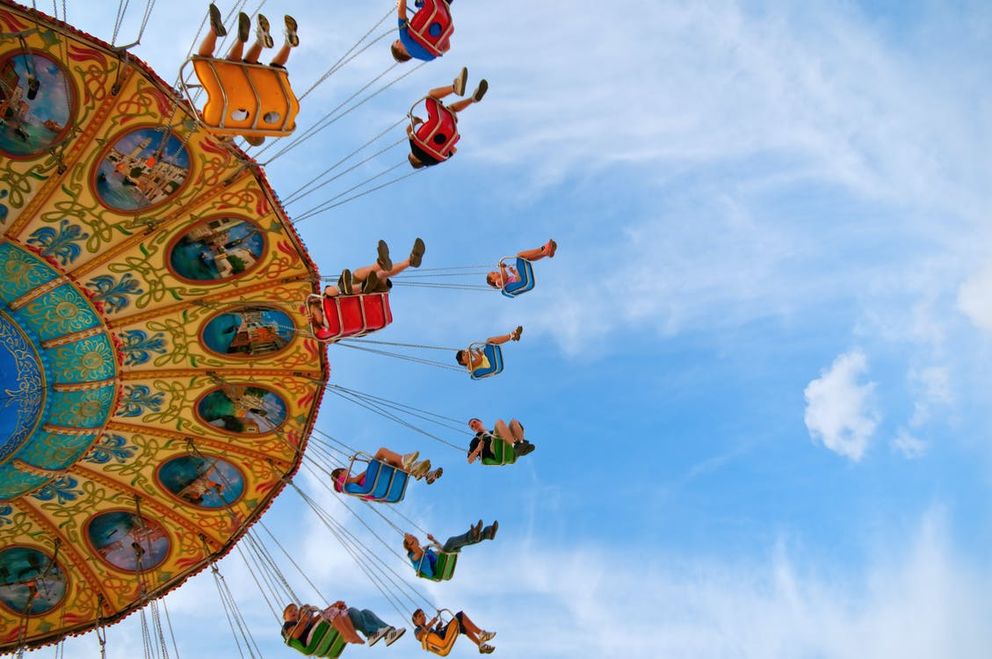 “You know what,” Mark started, reaching into his back pocket and pulling out an envelope. “My company gets tickets for Six Flags all the time. Please, take them.”

“We couldn’t,” Arnold tried to reject it, but his kids cheered. They couldn’t afford such tickets right now, so it would be a treat for them. Mark was still holding the envelope up, so he finally nodded hesitantly. “Alright. Thank you.”

“Enjoy them!” Mark said. He pulled on Rocky’s leash and waved goodbye before leaving.

Arnold’s plans for the day changed. They all went to Six Flags and had the best time in the world, which wouldn’t have happened if he hadn’t helped that poor dog the previous night.

Any kind gesture you make will return to you tenfold. Arnold helped keep the dog warm, although he wanted to do more. But the following day, he received a huge present from the grateful owner.

Even animals remember the people who helped them. Rocky remembered exactly who gave him the blanket and wanted to return it to Arnold. It also allowed his owner to thank Arnold for helping his dog out.