Man Gives Woman a Lift Home, Her Husband and Brothers Come To His House Days Later – Story of the Day

A kindly man sees a woman alone waiting at a bus stop and offers her a lift. He is shocked and frightened when her husband shows up at his door.

Lara Fairchild started running when she saw the bus turn the corner onto the street. The wind took her umbrella and tore it away, but Lara kept running. She ran as fast as she could through the pouring rain.

Just as she got to the bus stop, the driver pulled away. Lara stood there, soaking, her heart pounding. She’d have to wait at least an hour for another bus. And that was when a miracle happened. 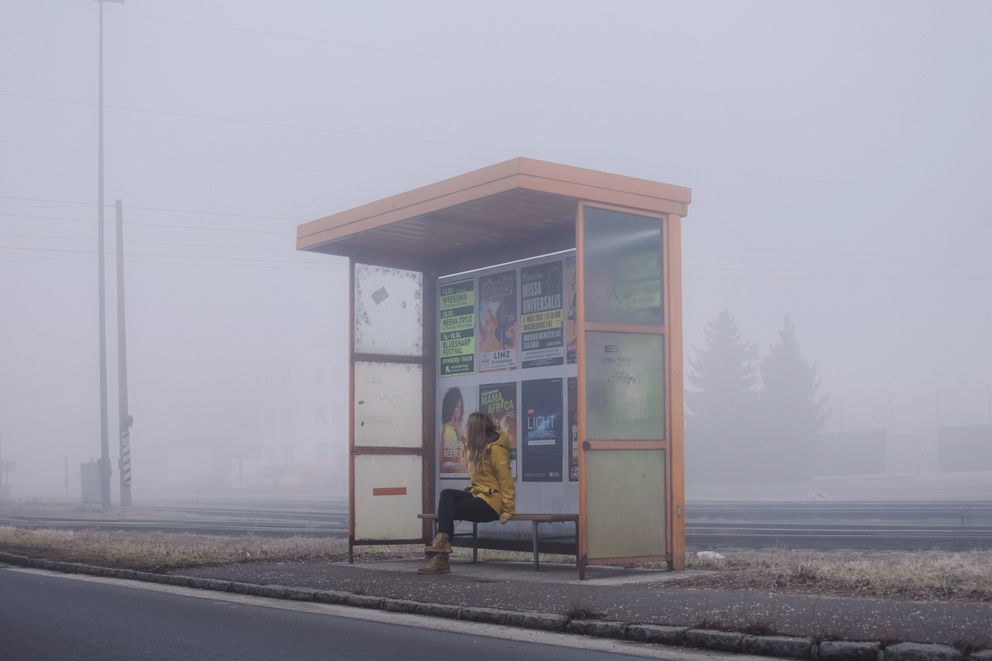 “Excuse me?” a voice said. Lara turned and saw that a man had pulled up to the bus stop and rolled down the passenger side window. “I see you’ve missed your bus. Would you like a lift?”

Lara hesitated. She’d never hitchhiked, not even as a teen or in college, and she wasn’t about to start now. “No thank you,” she said firmly. “I’m quite alright.”

The man said gently, “I’m safe, you know. I have a daughter your age, and I’d hate to think of her waiting at a bus stop on a night like this.”

Kindness is always rewarded with kindness.
Lara looked into the man’s kindly eyes. Should she take a chance? Her mind screamed that she shouldn’t, but her intuition whispered that she should accept.

“What’s your name?” she asked. 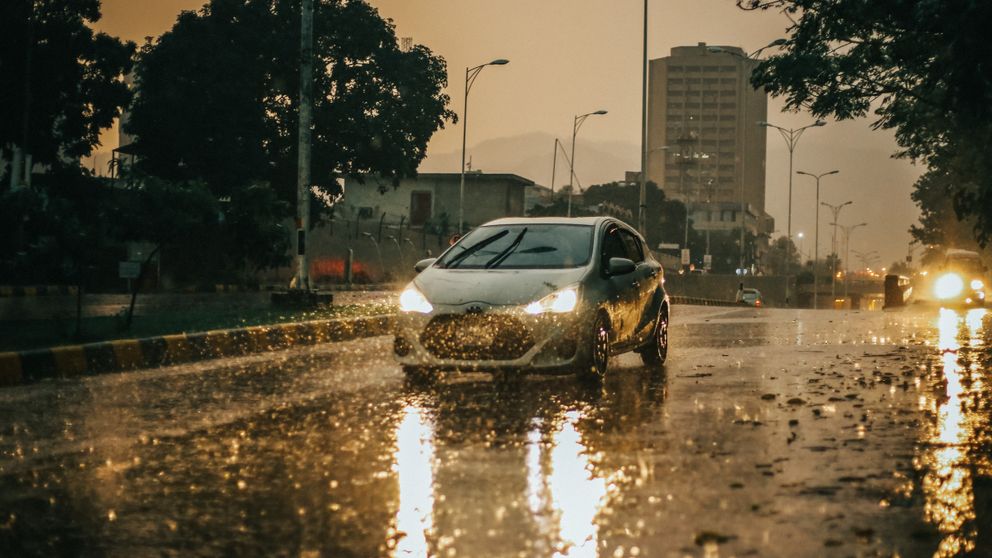 “Mr. Harlow,” Lara said. “I hope you won’t take this the wrong way, but could I see your driver’s license?”

“I think you are being very sensible!” Norm exclaimed and handed Lara his driver’s license. Lara quickly snapped a photo and sent it to her husband with a text: “Getting a lift from Mr. Norman Harlow, 64, from 34 Garrow Road.”

Then she opened the door and got into the car. “Good thinking,” Norm said cheerfully. “I hope my daughter is as sensible as you are! So, where do you live?”

Lara told Norm her address, then added, “My instincts tell me you’re a good man. But… better safe than sorry!”

“Exactly!” Norm said happily. “I always err on the side of caution myself. My wife is more of a go-getter, and she always criticizes me…”

Lara smiled. “The same with me and my husband,” she commiserated. “He takes risks, you know? Me, I’m timid.” 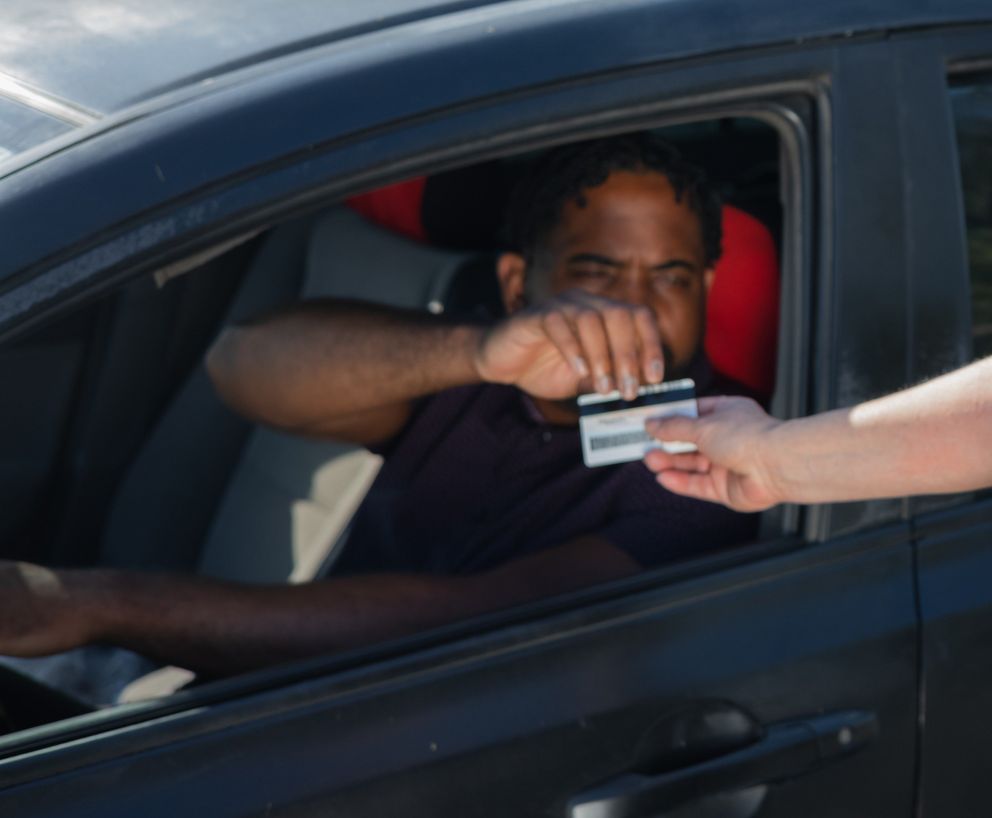 “I tell you…” Norm said with a sigh. “About ten years ago, my brother-in-law left his job to start his own business. He wanted me to partner up with him, but me…I tell you, just the idea of risking my family kept me up nights. I turned him down. The thing is, he is now a big success, made a lot of money, and my wife won’t let me forget it.”

“Do you regret it?” asked Lara.

“To be honest,” Norm said. “Not really. You see, my brother-in-law is a hard man. The things he’s done to get ahead wouldn’t sit well with me. It’s not who I am. There is just one thing I’m sorry about. I’m retiring next year, and I wanted to fix up my house real pretty for my wife. I don’t have the money to pay a contractor, and I don’t have the health to do it myself…” 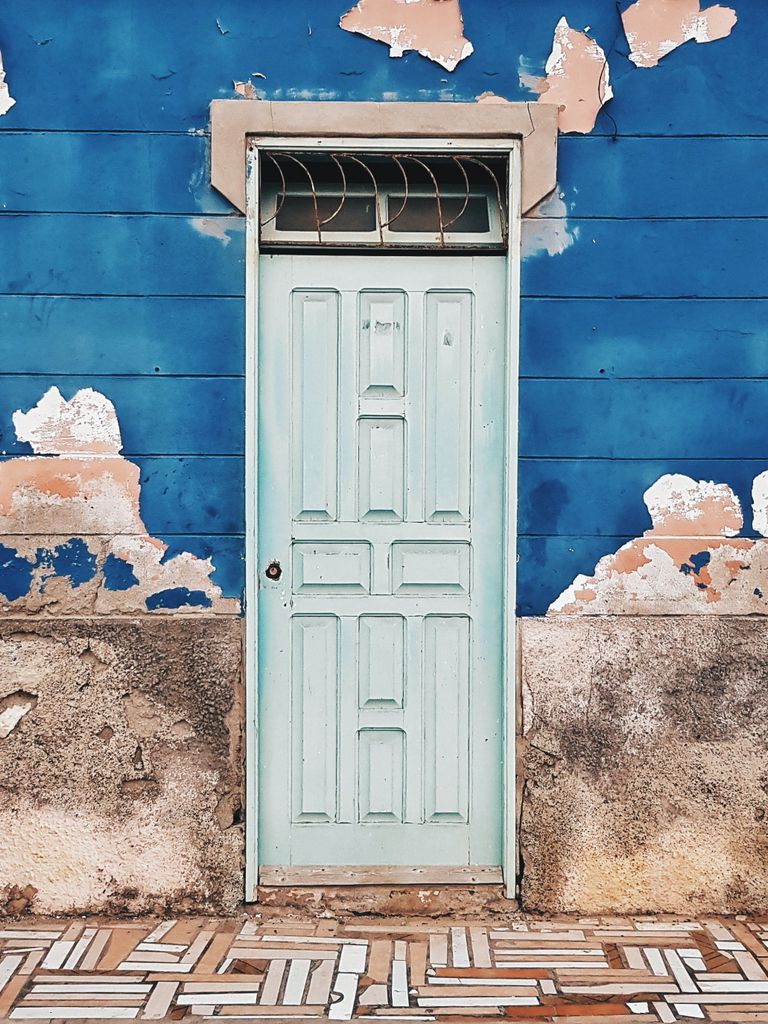 That Saturday, Norm was startled when he heard someone knocking loudly at his front door. He opened the door and found himself face to face with a huge man with fists the size of hams.

“Are you Norm Harlow?” the man thundered.

“Yes,” Norm said. “I am, how can I help you?” As he said this, three more men walked up and stood behind the big man and they were even bigger!

“Did you give my wife a lift on Wednesday night?” the man demanded. 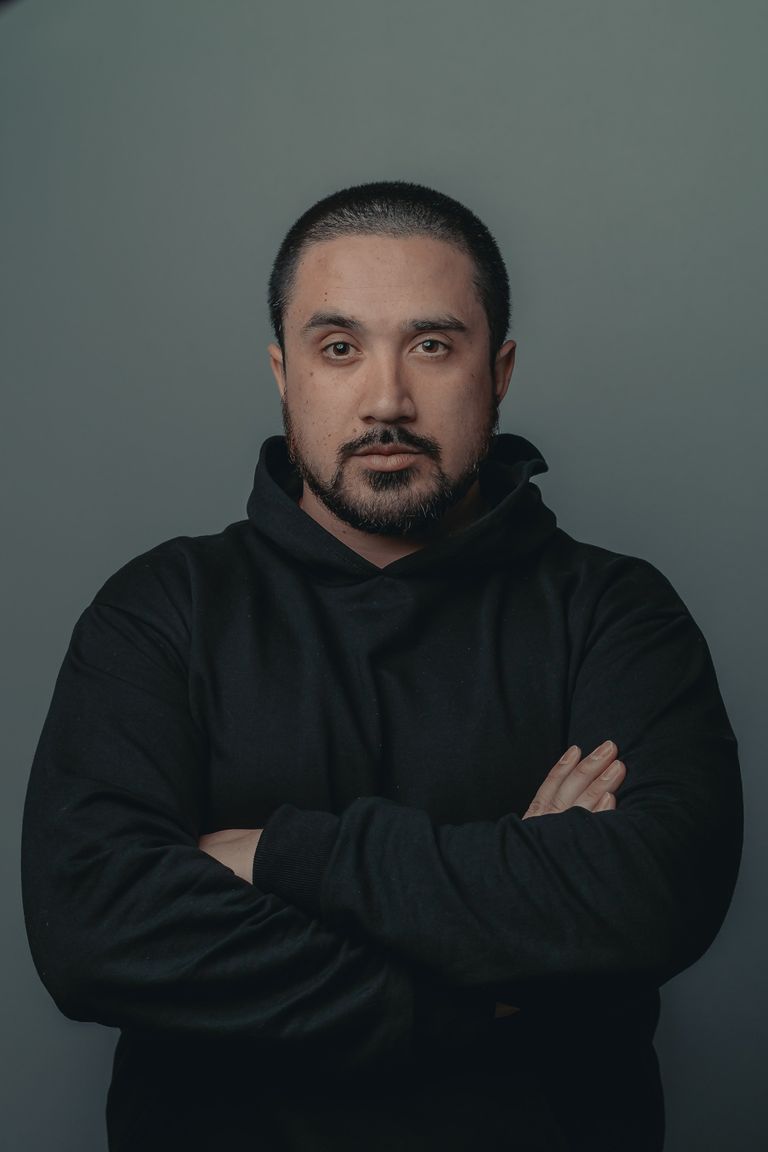 The man placed a huge hand on Norm’s chest and pushed him aside. “Lara said your house needs some fixing,” the man said. “I’m a contractor and these here are my brothers.”

“Did you or didn’t you give my wife a lift?” the man asked.

“Well, where I come from, that’s a kindness,” the man said in his deep voice. “And we always reward kindness with kindness!” 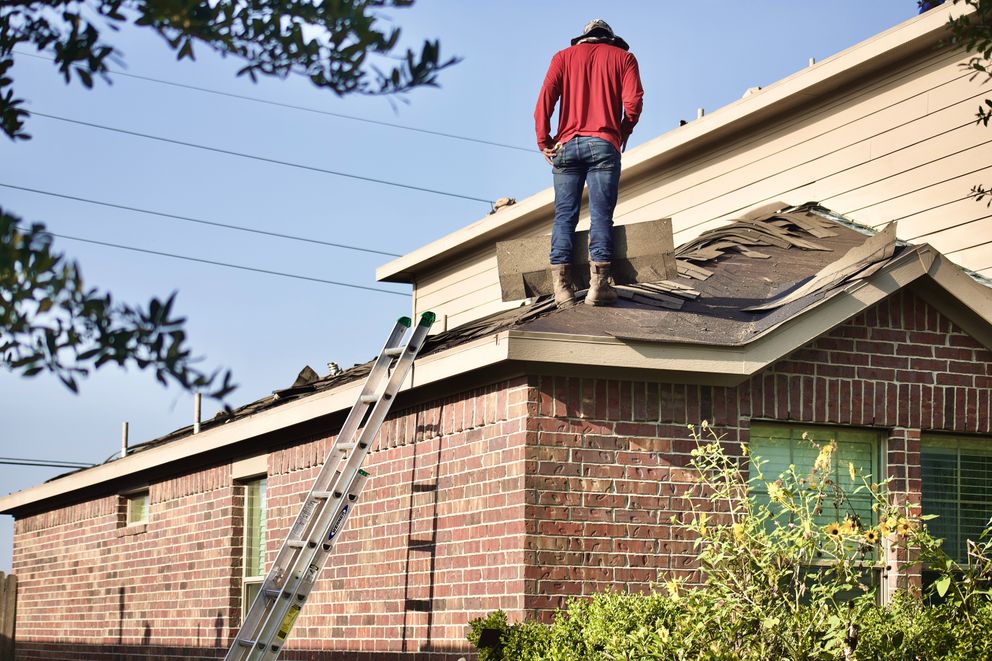 Lara’s husband, his name was Mark, told Norm that he and his brothers would be coming over to his house every weekend until his home was all fixed up. All Norm had to do was tell them what he wanted.

“But…” Norm gasped. “I can’t afford to buy the materials, let alone pay you!”

“Don’t you worry about that!” Mark growled. “You just stand aside and let me do what I do best!”

So Norm did. He was delighted when Lara arrived a little later and introduced her to his wife. “Your husband gave me a fright!” Norm confessed.

Lara just laughed. “He looks like a grizzly but he’s a teddy bear!” she explained. “The moment I told him what you’d done he said, ‘That man is a rare treasure, Lara! I want to help him.’ So that’s what he is doing!”

Six months later, Norm’s house was a showplace and his wife was delighted. Mark and Norm became the best of friends and the families became inseparable. 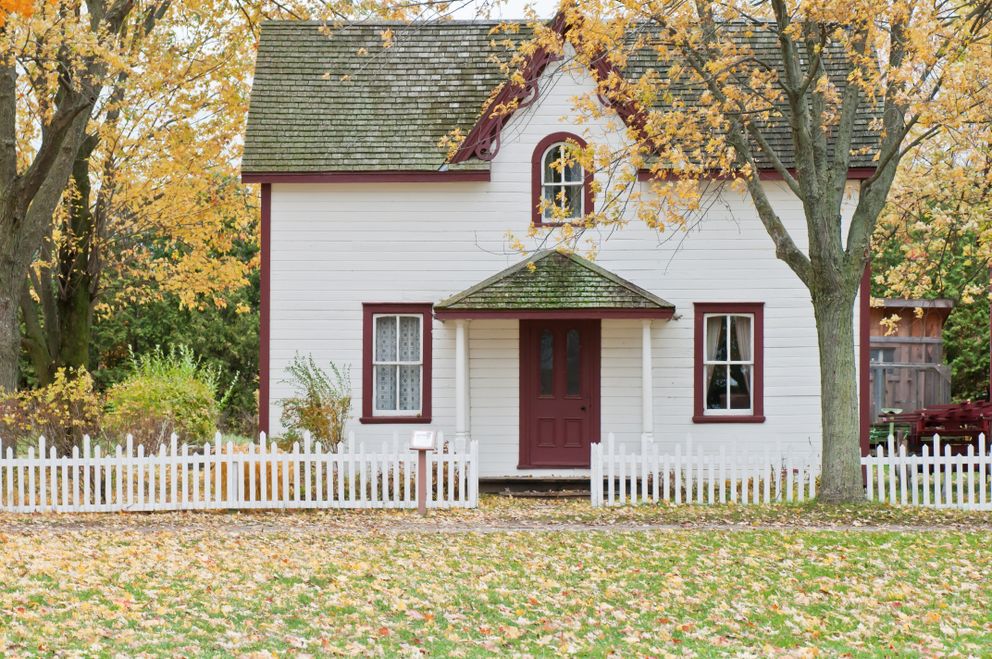 Kindness is always rewarded with kindness. Mark wanted to repay Norm for his kindness to Lara, so he fixed Norm’s house.
Be cautious. Not every person is trustworthy. Lara accepted the lift, but she made sure her husband knew who she’d be riding with.