Man Invites Lonely Old Neighbor to His Place for Dinner, Next Day Police Car Stops by His House — Story of the Day

Shaun invites his 83-year-old best friend, Mrs. Damon, home for a candlelit dinner on his 30th birthday. He wakes up to a loud police siren outside the next morning and finds all his neighbors weeping on her doorstep.

Anyone who saw 29-year-old Shaun and 83-year-old Mrs. Damon together felt they were worlds apart. Believe it or not, Shaun and Mrs. Damon were best friends.

Their friendship started six months ago when Shaun sold his late dad’s house in the city and moved to a quiet neighborhood in town. It was here that he met Mrs. Damon.

She lived next door and never talked much to anyone. Like the others, Shaun thought the woman was easily irritated and cranky.

At first, they exchanged vague pleasantries such as ‘good morning’ and ‘how do you do?’ and went about their day. Nothing much. But one day, Shaun and Mrs. Damon had a conversation, and he couldn’t understand what she was saying because she had asthma. And when he did, they instantly hit it off… 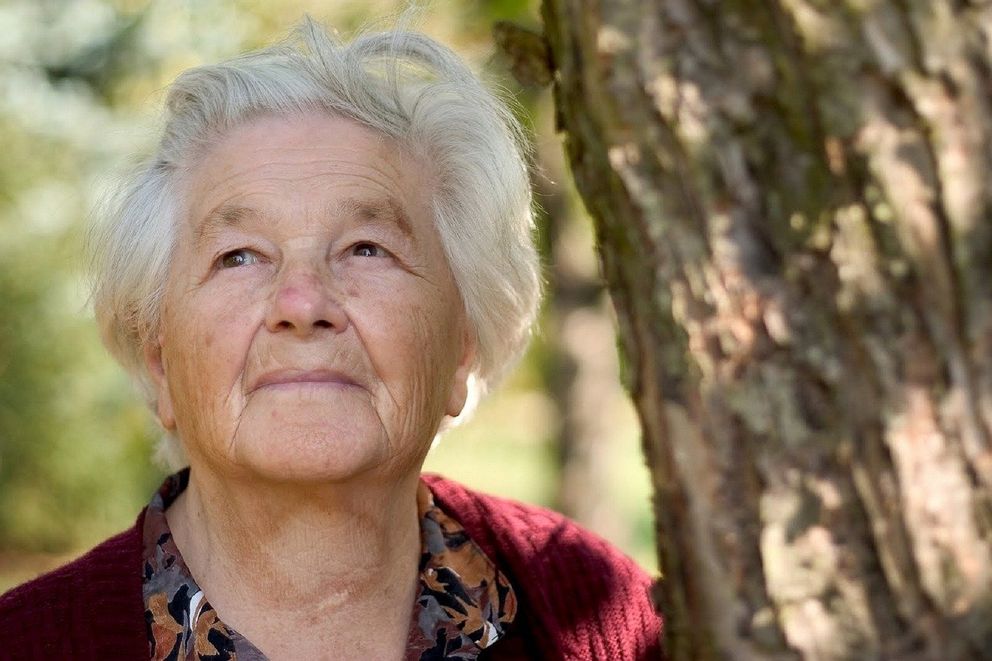 “Young man, my husband and I are falling short of company. Would you mind coming in for a drink?” Mrs. Damon invited Shaun, coughing. He was surprised. He couldn’t readily accept, and at the time, he could not deny her offer. After all, Mrs. Damon had such a sweet, pristine smile that would melt anyone’s heart.

Shaun followed her into her house and looked around. He was a bit stunned. She had told him her husband was also inside, but Shaun did not find anyone else in her living room.

Mrs. Damon grinned and pointed to an old photograph on the shelf. “Ah, there he is! My husband used to love ginger tea on rainy evenings. It was his favorite. I miss that silly old man! Every evening, I sit for a drink in front of his photo and pretend he’s with me, complimenting my tea and croissants.”

Spread love and happiness around because nobody knows what the future might hold.

Tears filled Shaun’s eyes when he learned Mr. Damon had recently passed. She had a son who was too busy to visit her. Shaun had never seen him around. 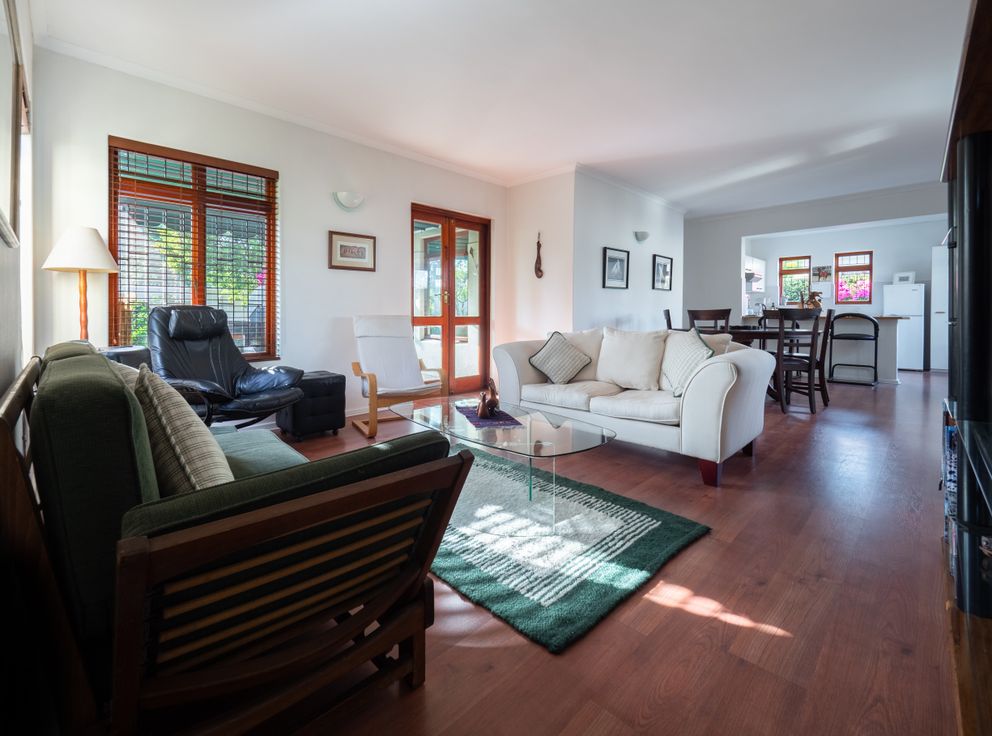 Days passed as Shaun, and Mrs. Damon harbored a unique friendship that amazed everyone. The woman always offered a shoulder Shaun could cry on for several things, including his most recent breakup with his girlfriend.

“Mrs. Damon, why do some women walk out on their man? Why are they not satisfied with anything? Is it so difficult to please a woman? I loved Becky with all my heart and soul, but she dumped me.” he cried.

Mrs. Damon gently nodded and grinned. “Son, it’s not difficult to please a woman. But you cannot expect the other person to love you the same way you love them. Sometimes, you have to accept and let go.”

It was not the only time Shaun turned to Mrs. Damon for her wisdom and motivation. One day, he arrived on her doorstep with his crutches after a workplace accident. More than him, it looked like Mrs. Damon was in pain. She could not bear him limping. 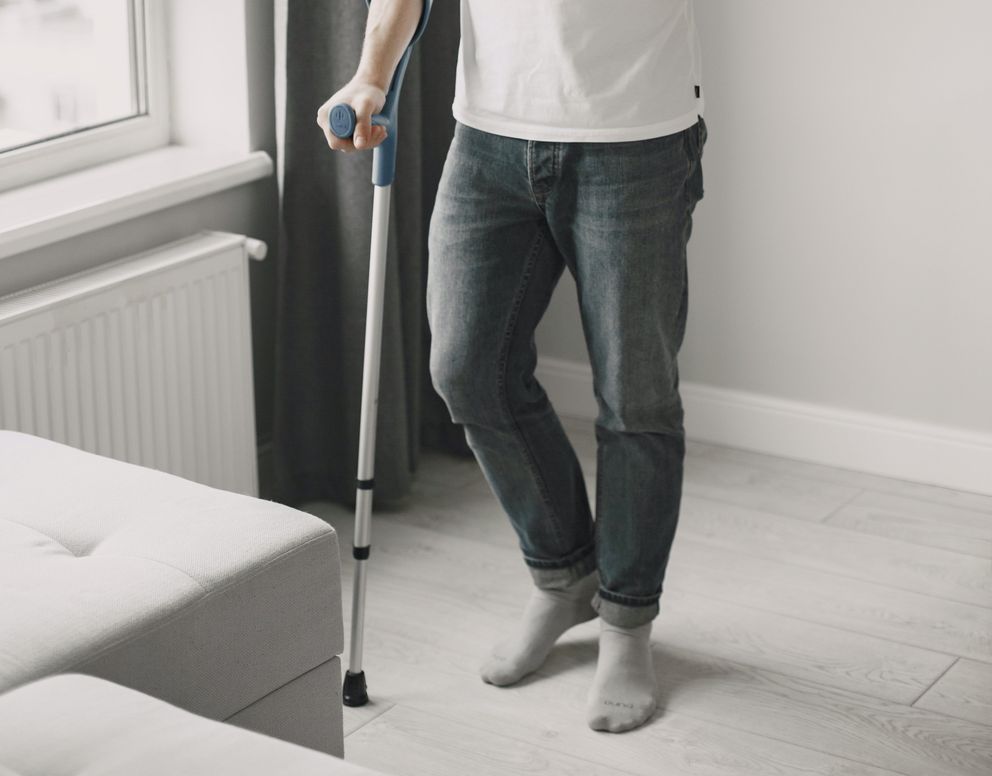 “Oh my…What happened to you?” she was alarmed. It turned out that Shaun had dropped a heavy box on his foot. The fracture was intense, and he had to use crutches for support.

Shaun could not go to work for several days. He was alone at home and would impatiently wait to meet Mrs. Damon. She was a daily church visitor. Not that Shaun didn’t have faith, but he wanted to utilize his paid sick leave by resting well.

He kept lifting his curtain to see if Mrs. Damon had come home. Her house was just a few yards away from his bedroom window, thus making it easily viewable.

“Why hasn’t Mrs. Damon come home yet?” he grumbled and called her. “Oh—! I forgot she doesn’t have a mobile.” Shaun had rung Mrs. Damon’s landline.

He checked again hours later and saw her house was open. Shaun had wanted to surprise Mrs. Damon with dinner because it was his 30th birthday. He wanted to dedicate the dinner to her, so he did not invite any of his buddies over for a drink or party.

“I’m sure Mrs. Damon will love the turkey I made!” he thought as a table loaded with a delicious dinner and desserts stared back at him. Shaun happily limped out of his house to invite Mrs. Damon for the meal, knowing little this would be her last dinner. 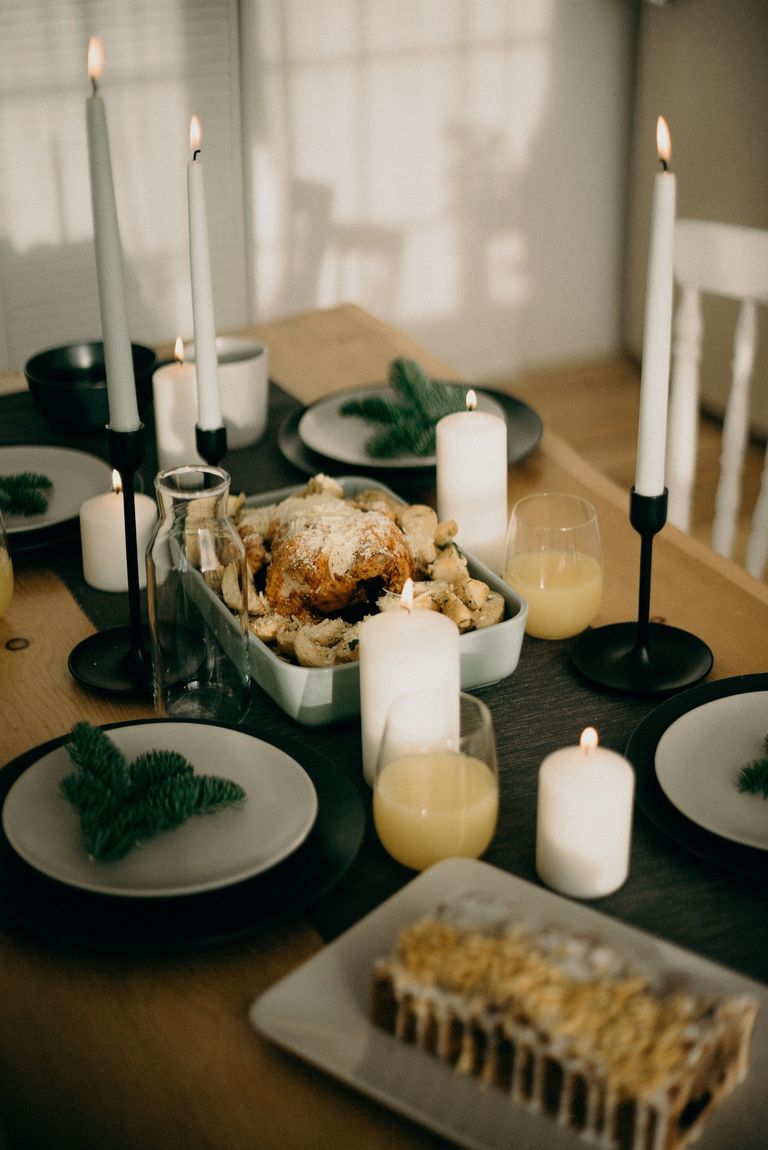 “Mrs. Damon…Good gracious! I was waiting for you the whole day. Please come with me. I have a surprise for you.” Shaun led her into his dining room…

The older woman was stunned and could not hold back her tears. She hugged Shaun and kissed him on his forehead, wishing him all luck and prosperity throughout his life. Shaun served his old friend the best dishes he’d made. It was the most memorable candlelit dinner they had ever had.

“That tastes so delicious, son. How come you cook so well? It reminds me of my darling. He used to cook for me,” Mrs. Damon had a bite from the turkey and teared up.

“I learned them from my mom. After she divorced dad and married her colleague, I moved back with dad. He died last year, and I’ve been alone ever since.”

“Oh, silly boy! Don’t say you are alone when you have me. Come here,” Mrs. Damon hugged Shaun, offering him the much-needed warmth and comfort he had missed all his life.

Following their hearty meal, Shaun escorted Mrs. Damon to her house. She went in and turned around to wave, flaunting her golden smile, tears of joy sparkling in her eyes. Shaun never got to see that beautiful smile again. 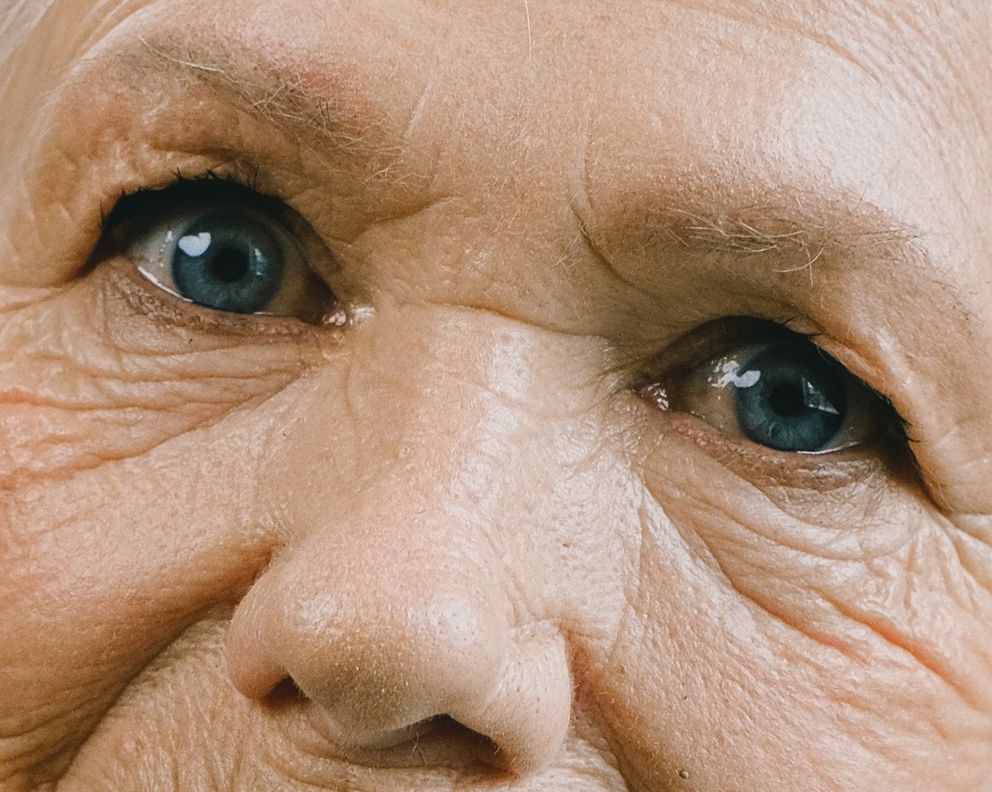 The following morning, he was suddenly awakened by a siren outside his house. He was startled and saw that Mrs. Damon’s house was unusually crowded. He slipped on his trousers and shoes and limped out in his crutches to find out. Shaun saw a police car outside. An officer stepped out and greeted him: “Mr. Turner?”

“Yes, it’s me, officer. What’s happening? Why are people flocking in and out of Mrs. Damon’s house?” Shaun was terrified.

“I’m her son. My mother told me a lot about you, but I couldn’t find time to visit. I just got transferred,” the officer told Shaun.

“Oh, hello, officer. Glad to meet you. But Mrs. Damon never told me you would visit. And why is her house crowded? Why is everybody crying?” Shaun worried.

His heart became heavy, and it felt the whole world’s pain had rested on his shoulder. Mrs. Damon had died the previous night in her sleep. She had last called her son to tell him about Shaun and how blessed she was to have him in her life.

“Last night, my mother told me she was the happiest and wished to join my dad in heaven,” the officer cried. “She told me she was feeling uneasy, so I called all my neighbors today morning to check on her. I didn’t have your number and couldn’t contact you.”

Shaun’s eyes flooded with tears as a lifeless Mrs. Damon was taken in the ambulance. That day, it felt like he had lost a significant part of himself. 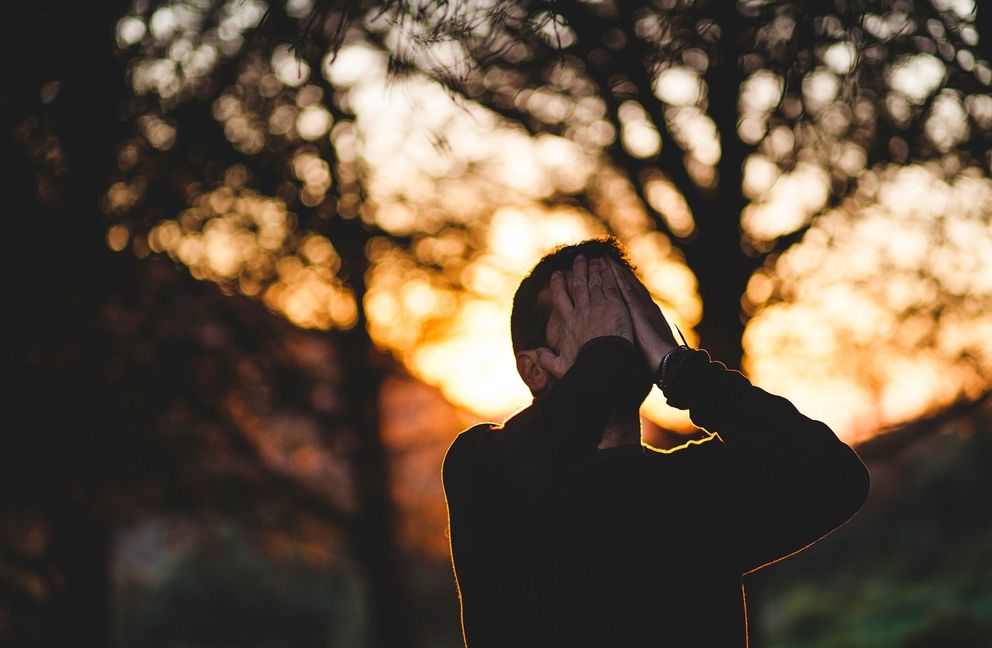 After the funeral, the late Mrs. Damon’s son gave a check to Shaun. “Mama told me about your accident. I always wanted to meet you in person and thank you for caring for my mother. You were more than a friend to her. I know this cannot measure your love for her, but it’s just a small token of gratitude for your treatment.”

Shaun forced himself to hold his tears back until Mrs. Damon’s son left the cemetery. As soon as he saw the patrol car disappear into the street, Shaun dropped to his knees and wept, begging his old friend to return.

“I miss your jokes and your ginger tea…I miss you calling me silly boy…I miss our morning walks. Mrs. Damon, please get back. I love you,” Shaun cried. A puff of dandelions landed on his hands and gently tickled him before fluttering away, high and above. It felt like Mrs. Damon had finally joined her beloved in the afterlife. 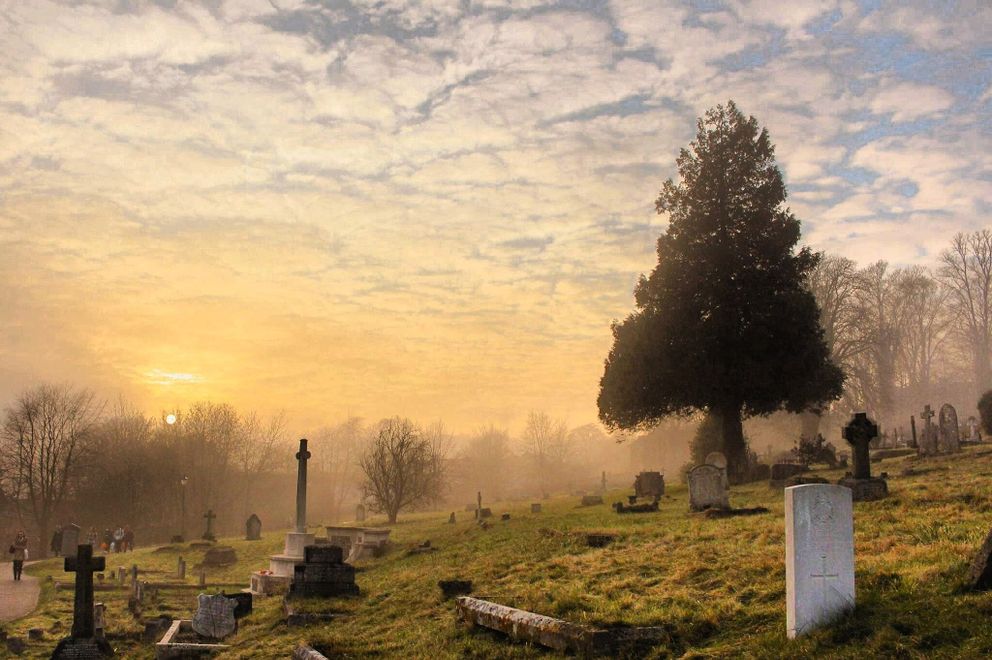 Everybody needs a friendly shoulder to lean on. Mrs. Damon was Shaun’s pillar of support and motivation whenever he was sad and needed loving words of comfort and wisdom.
Spread love and happiness around because nobody knows what the future might hold. Shaun invited Mrs. Damon for dinner on his birthday and made her happy. He did not anticipate it would be her last hearty meal.