Man Refuses to Take Wife off Life Support, Prays for 2 Months until She Wakes up and Hugs Newborn Son

A pregnant woman from Indiana suffered health complications that forced an emergency c-section. That was only the start of her challenging journey. She spent months in a coma, but her prayerful husband refused to give up.

Autumn and Zack Carver were excited to welcome their third child together. The couple met as teenagers and had a beautiful love story. However, they never expected the painful chapter waiting for them in 2021.

During Autumn’s eighth month of pregnancy, she and Zack fell ill. The doting mom was hospitalized and gave birth to her baby boy, Huxley. He was healthy and happy, but his mom in the ICU was fighting for her life. 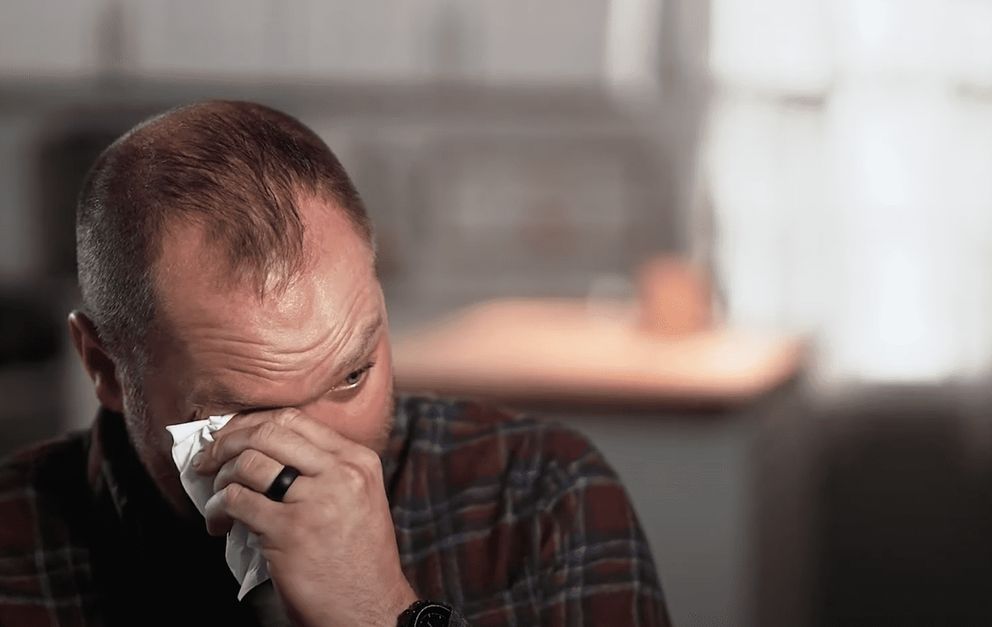 The Worst Day of His Life
What was intended to be one of the happiest days in the couple’s life turned out to be the opposite. Zack called it “the worst day in [his] life]. Autumn’s primary doctor didn’t think she would survive the ordeal.

After two months on life support, the doctor suggested Zack switch off the machines and let Autumn pass away peacefully. But Zack refused to stop believing his wife would make a full recovery.

The experience was unforgettable for everyone and meant the world to the sickly mom. The special meeting was an answer to one of Zack’s prayers.

He prayed for her every second of the day and had an army of online prayer warriors trusting God for a miracle. Despite a zero percent chance of survival, they had faith.

The Husband’s Request
Zack couldn’t imagine a world without Autumn and said: “I don’t know life without her.” He was heartbroken that his wife hadn’t had the chance to hold her new baby boy, so he made a special request to the doctors.

He asked them to bring Autumn out of a sedated state so she could see and hold baby Huxley. He knew it could be the first and last time she did this, so he pleaded with the medical team. They agreed and granted the mom an unforgettable moment with her precious child.

The Memorable Meeting
The experience was unforgettable for everyone and meant the world to the sickly mom. The special meeting was an answer to one of Zack’s prayers. The proud father recalled:

“Her parents, one of her best friends, and many nurses and doctors witnessed the special moment. I don’t know if there was a dry eye in the area. What an amazing day.”

Autumn’s Slow Recovery Journey
The mother wasn’t out of the woods yet. Doctors suggested the option of a lung transplant to aid Autumn’s recovery, but Zack sought another professional opinion first. He still believed his wife would be miraculously healed.

“[The doctor] came in and said, ‘you don’t need a lung transplant. You’re going to be fine.’ It was super good news. We embraced in a hug and thanked God and the doctor.”

Everyone watched in awe as Autumn finally showed signs of improvement. Her progress was slow, but Zack knew she would be okay.

The Experience Changed Them
After three months, Autumn got the all-clear and went home in December 2021. She was a changed person. Zack excitedly gave friends and family an update. He stated:

“Such a happy, emotional, overwhelming day. I had to step back many times and look at all the greatness. We surprised our daughters. I think they were in shock. Neither of them could talk or react.”

Countless people drove past the family’s house to support the brave wife and mother. The couple was emotional and thanked everyone for their unending prayers and love.

A Message from Autumn
The Carver family remained thankful for the blessing of life, and Autumn shared that her daughter told her she believed in miracles now. The mom also said:

“Every day is a gift. Tell people you love them and give lots of hugs. It can just all change so quickly and you don’t want to leave anything unsaid.”

Zack also shared that he started praying with his kids every night, something he hadn’t done before. Their lives would never be the same again, and they never took the miracle for granted.

Zack and Autumn were in awe of their blessings and hoped their story would encourage others to spread more love because life is short. We wish them many happy and healthy years together with their family.

Click here for another unbelievably miraculous encounter. One mother would not take her son off life support, and one day she finally heard the word she had been waiting for.