Man Shelters Old Lady Abandoned in Park, Learns She’s His Birth Mom He’s Been Looking For – Story of the Day

A kind man’s heart goes out to a lonely old woman in the park, and he offers her shelter at his home. In a strange turn of events, she turns out to be his birth mother, whom he had been looking for for years.

Norman had a good life. He worked as a software engineer for a large IT firm, lived in a decent house in a pleasant neighborhood, and was quite an extrovert with plenty of friends.

But not many people knew that behind the extroverted and cheerful Norman was a small child who had a traumatic childhood.

Norman was a baby when he was left at a shelter. His birth mother had abandoned him, and she had left him a letter explaining why she did that to him. But Norman didn’t believe it.

He wanted to hear the story from his mother, and he was desperate to find her. 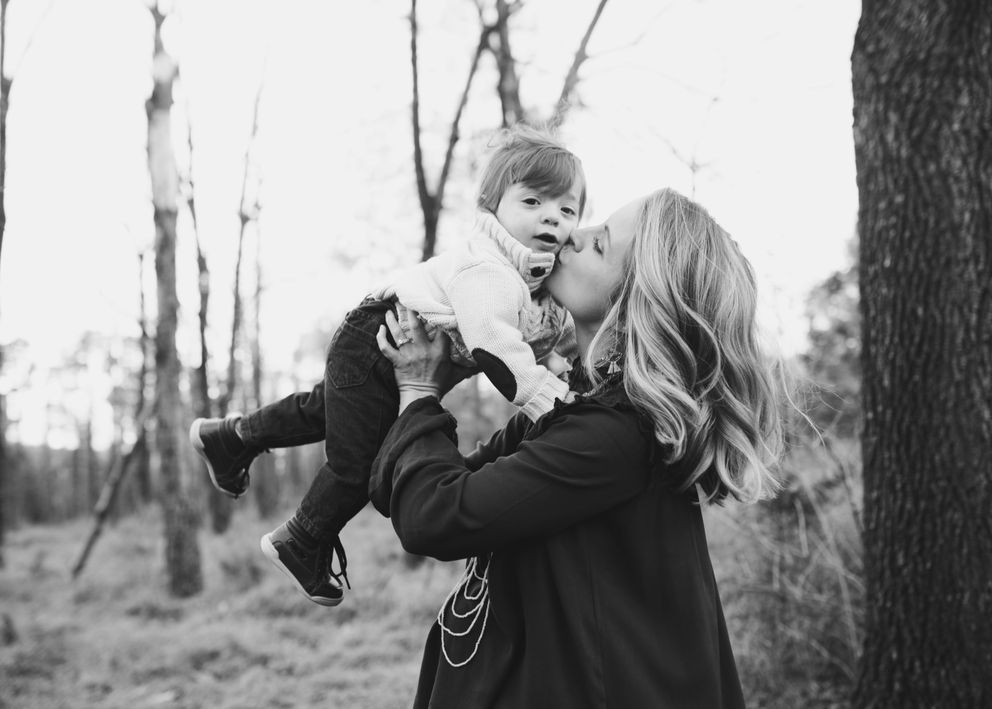 One evening, Norman was taking a walk around the park when his eyes fell on a frail old woman sitting on the beach. She was constantly staring at one point on the ground and seemed lost. Norman’s heart went out to her, and he approached her.

“Excuse me, ma’am,” he said. “Are you alright? Can I help you with something?”

Our family and loved ones are the true treasures of life.

She briefly looked up, and Norman noticed her eyes were wet. “He kicked me out…He and his wife…Oh, I have nowhere to go, child!” she blurted out, breaking down in sobs.

Norman sat beside her and began consoling her. “It’s alright. I’m here. You can tell me if something’s bothering you. I’m all ears,” he said. 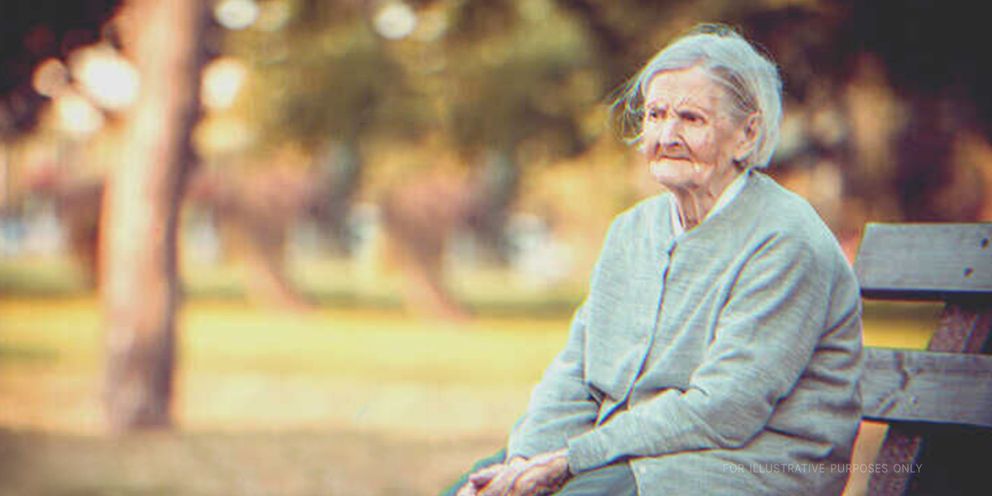 “My stepson,” she began. “I shared a house with him. He had sold my late husband’s house and urged me to move in with him. He said he would look after me and never leave me alone…Oh, dear, I fell for his words. His wife began causing problems soon after I moved in with him.

“I – I told him about how his wife was troubling me, but he didn’t believe me. We argued, and he just kicked me out. I shouldn’t have sold my husband’s house!” she complained.

Norman felt sorry for her because he knew what it was like to be abandoned. He had experienced the same as a child. So, in the end, he decided to offer the woman shelter.

“I’m Norman,” he introduced himself. “I live alone, and I have a spare room in my house. If you don’t mind, you could live with me. I’d love to have some company.” 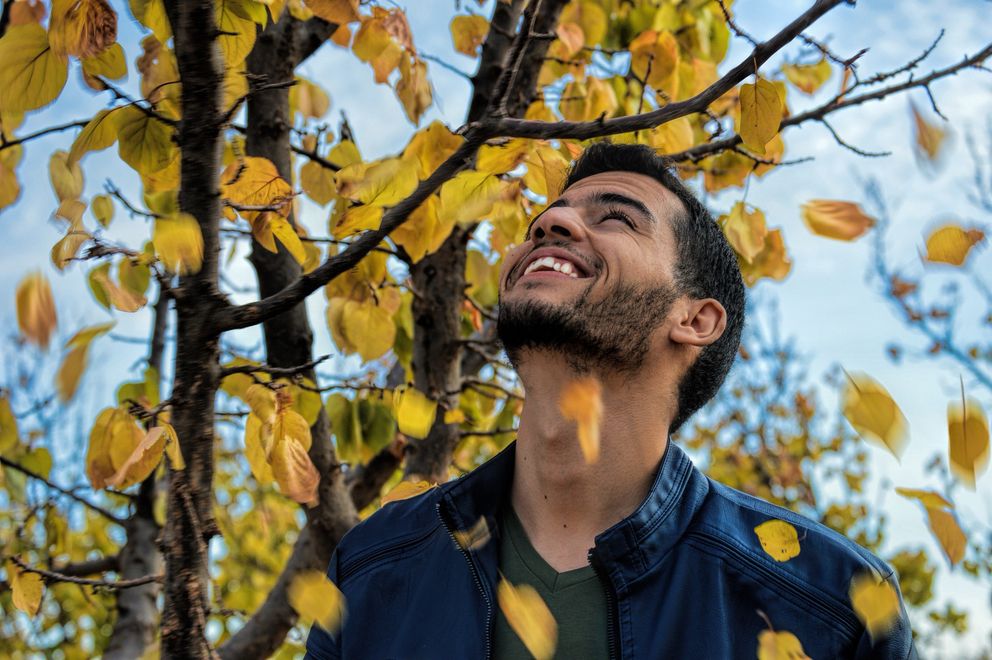 The old woman clutched her chest in disbelief. “Why would you do that, son?” she asked. “I – I’m a total stranger. I’m sorry, I think I overshared.”

“Oh, no, no, ma’am,” said Norman. “Sorry I made you uncomfortable. I just wanted to be of some help.”

The old lady wiped her tears. “You have a kind heart, Norman. Are you sure my staying with you will not cause you too much trouble? I’ll find a place and move out shortly, son. I don’t want to bother you…By the way, my name is Margaret.”

“Treat my house like your home, Margaret. From my perspective, I am not doing you any favors. I’m all alone at home, and having you around would be lovely. Shall we?”

So Norman took Margaret and her small suitcase, which she had hidden beneath a park bench, home. He showed her around the guest room and made her some tea. 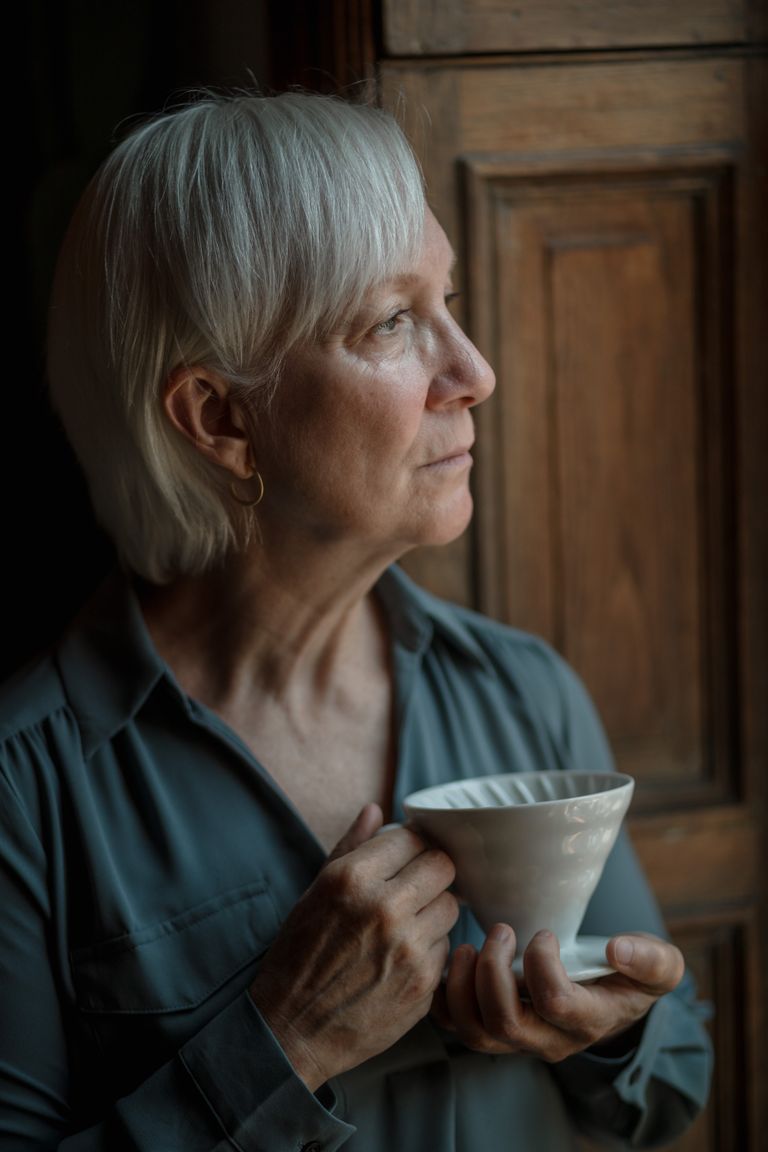 While having tea, Norman noticed she still seemed sad. To distract her, he began talking about his life. “Sorry, I don’t have a very interesting life,” he smiled. “I just work, eat, sleep, and hang out with my friends.”

“And you parents?” Margaret asked suddenly.

Norman hesitated. “Ah, well, I grew up in a foster home. I don’t know about my birth parents. My mother…she abandoned me as a baby.”

“I’m sorry to hear that,” Margaret remarked sadly. There was then an awkward hush.

“Actually,” she added quickly. “Now that you’ve mentioned it, I recall something dreadful. I, too, had given up on my child. I was a bad mother,” she admitted. “Perhaps that’s the reason why I’m suffering like this…taking shelter at a stranger’s house.” 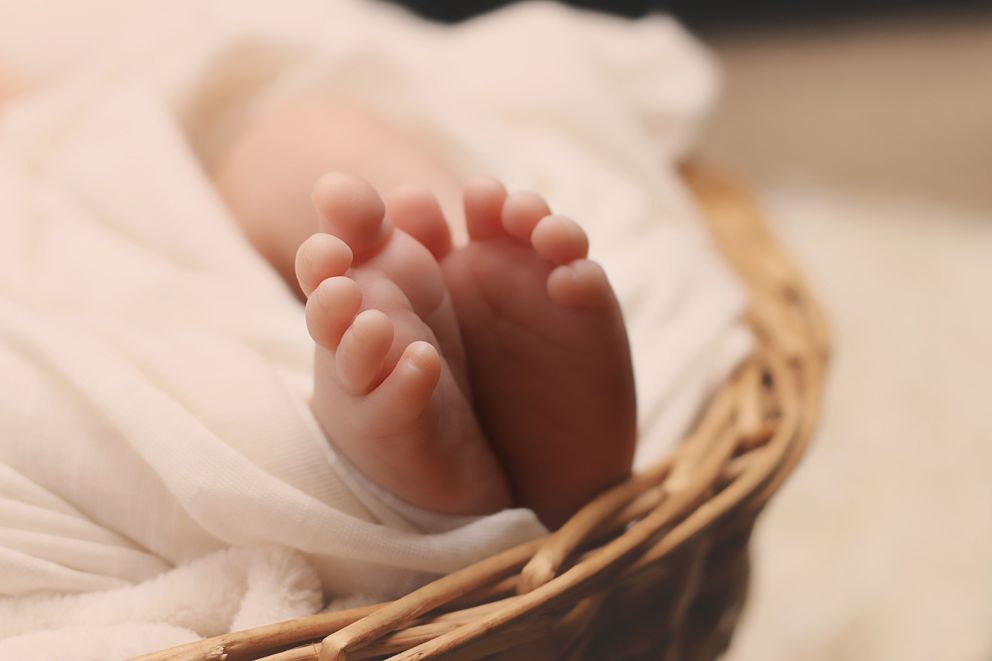 “Before my husband and I decided to get married, I was pregnant with my ex-boyfriend’s child. My husband asked me to choose — him or my child. Oh, it still breaks my heart…” she burst into tears. “I left my little boy. I left him!”

Norman’s eyes welled up as he heard Margaret’s story. It brought up too many memories of the letter from his childhood, memories so similar to what she recounted that it brought him goosebumps.

“And then two years after the wedding,” she added, “I discovered my husband had a child from his previous marriage…my stepson. Because we couldn’t conceive, I decided to raise the boy, and look what he did! I miss my son. I miss him so much! If only I could go back and take him…But I just didn’t have the courage! Oh, I was a coward! I spent my entire life living in regret. I regret losing him!” she cried.

“Did you leave a letter with your son?” Norman managed to ask, holding back his tears. “Did you want to name him John?” 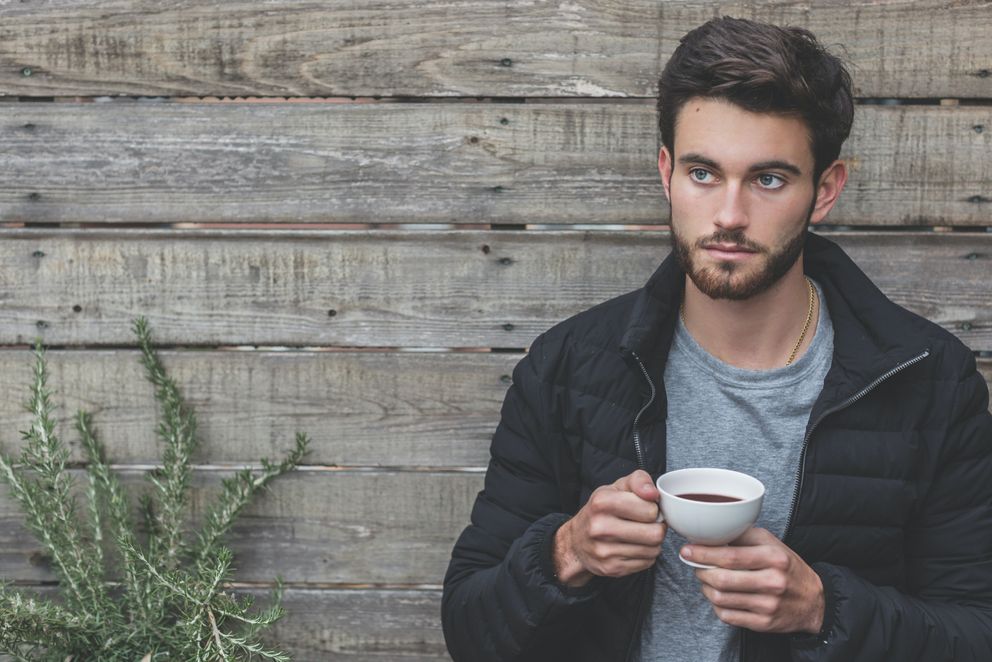 As Margaret heard Norman say that, the tea cup slipped from her hands and fell to the floor. “No!” she gasped. “Are you…”

At that point, Norman couldn’t fight back his tears. “Mom! I found you! We finally met!” he said, and Margaret’s eyes were wide open in astonishment. Then it dawned on her that the man she was pouring her heart out to was her biological son.

Margaret sobbed uncontrollably and hugged Norman. “I’m sorry, son,” she said. “You – You can hate me for what I did! I was a terrible mother, but let me hold you for a while. Please!”

Norman hugged her back. He couldn’t hate her after learning how she had yearned for him all her life. Having his mother back was more important to Norman than his anger. So, letting go of the past, he embraced his mother wholeheartedly.

Margaret and Norman started a new life together, and Norman decided to make up for their lost time. However, Margaret wasn’t by his side for long. 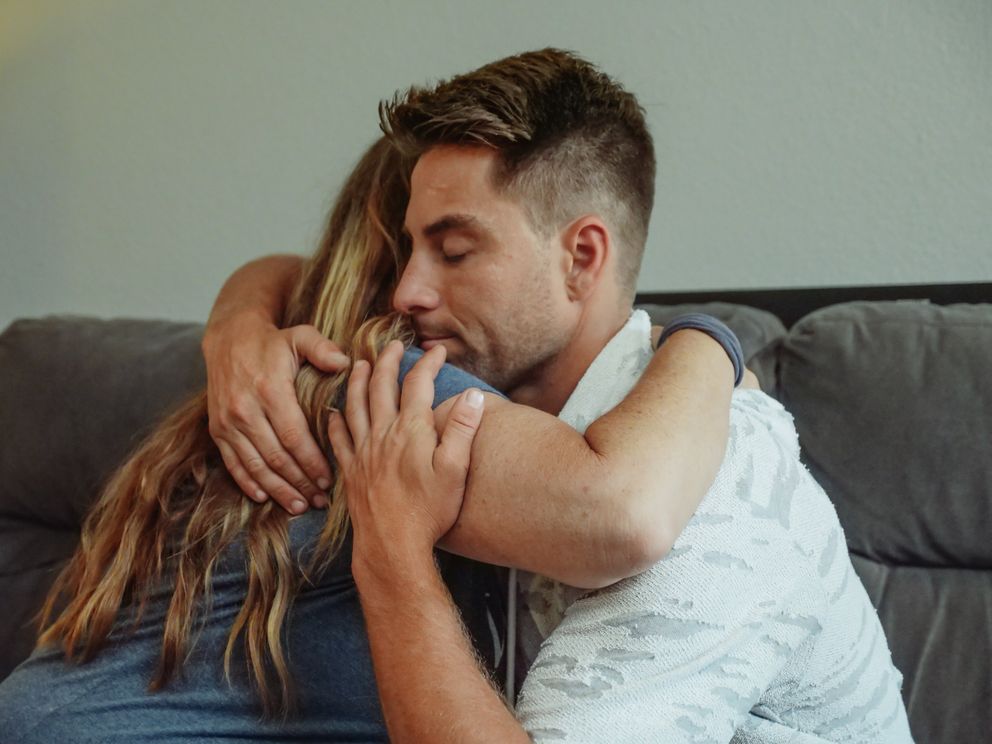 A year later, she was diagnosed with a progressive heart condition and passed away peacefully in sleep. Norman held her funeral and wished her goodbye. He had invited her stepson to the burial, but he never showed up. But one day, he visited Norman.

“I want the jewelry back,” he snarled. “She can’t possibly leave it to you! I was her child!”

“Are you here for that stupid heirloom?” asked Norman angrily. “Cool, you can have it back. Don’t be shocked; I’ll send it to your address. Anything that belongs to the family that hurt my mother isn’t worth caring about. Jerks like you just want money. You can go die with that! And yeah,” he added. “Don’t you dare ever call yourself her son! You’re just a scumbag!”

Norman slammed the door in the man’s face and returned the jewelry, though Margaret had left it to him. He did it because he had already received the most precious thing in life: the opportunity to reconcile with Margaret and spend time with her. 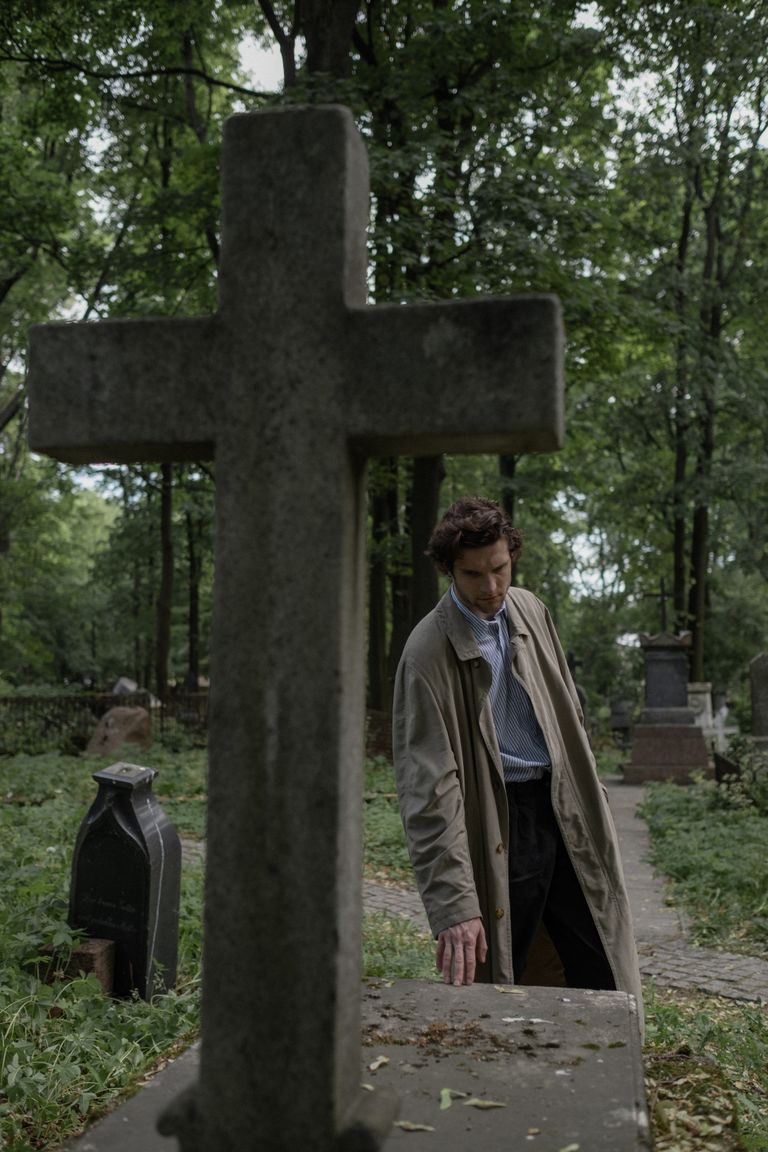 Our family and loved ones are the true treasures of life. Norman valued having Margaret’s company over everything, and she was his real treasure.

A strong heart can and should forgive. Though Margaret was wrong to leave Norman, he decided to forgive her and move on.

If you enjoyed this story, you might like this one about a poor woman who shelters an old stranger for a night and finds a strange envelope from her after she leaves.