“Law & Order: SVU” star Mariska Hargitay has enjoyed a blissful marriage to Peter Hermann, who she met in 2002. While the journey has not been all roses, they have remained in love and raised their three beautiful children together.

Hargitay and Peter Hermann have been married for nearly two decades after falling in love at first sight. Hargitay’s costar, Christopher Melani, who played detective Elliot Stabler on the show, recalls how the enviable love story began.

Hermann had joined the show as a guest star, playing defense attorney Trevor Langan and when Hargitay, who plays the crusading Lieutenant Olivia Benson, saw him, she was smitten. 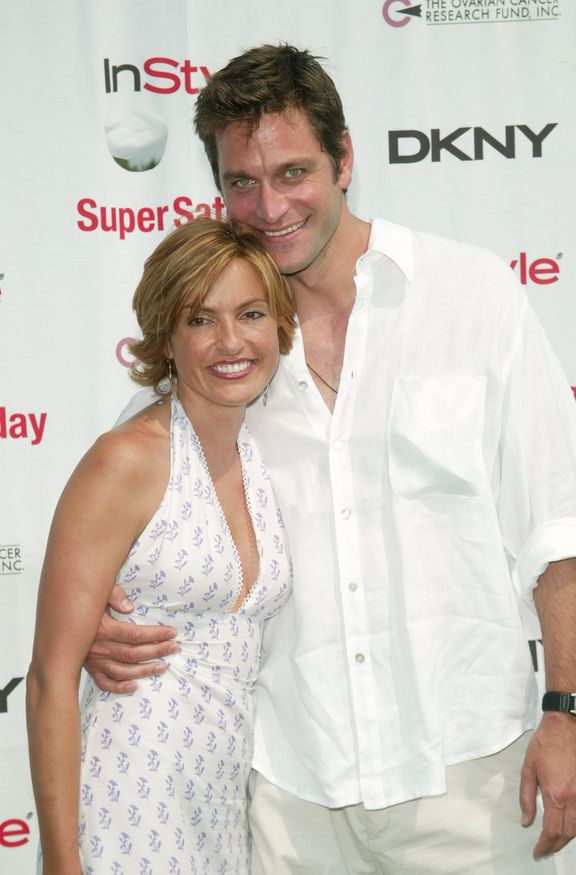 Meloni says she started acting like a schoolgirl and knowing her for as long as he had, he knew she had never behaved that way because of anyone else.

She tried denying any attraction towards Hermann, but anyone watching her could tell. Meloni says: “I just thought, ‘Oh my God, it’s like I’m back in high school, or even grade school.” 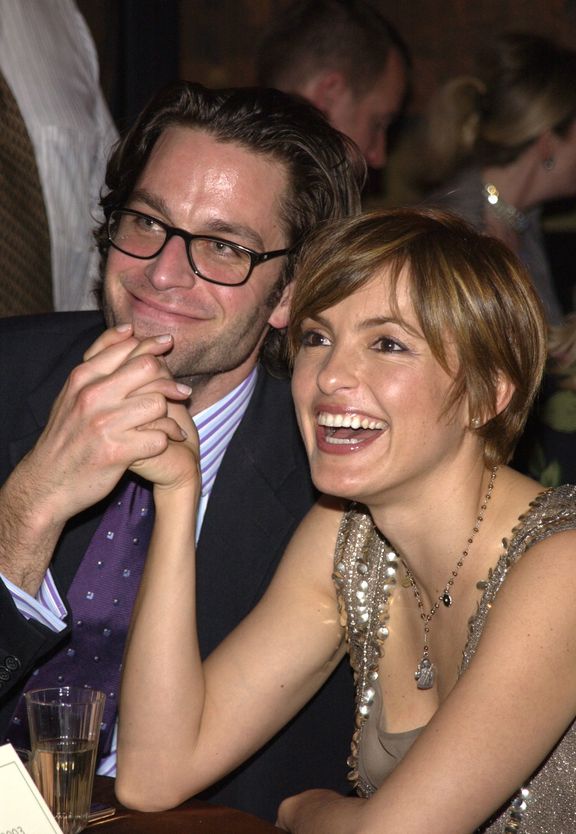 They started dating shortly after that, and Hargitay describes their first date as “too good to be true.” He asked her to go to church with him, and Hargitay was hesitant because she was moving that day.

But upon insisting, the actress finally agreed to accompany him to church. During the sermon, she started crying, and he thought it was because she felt moved by the service. 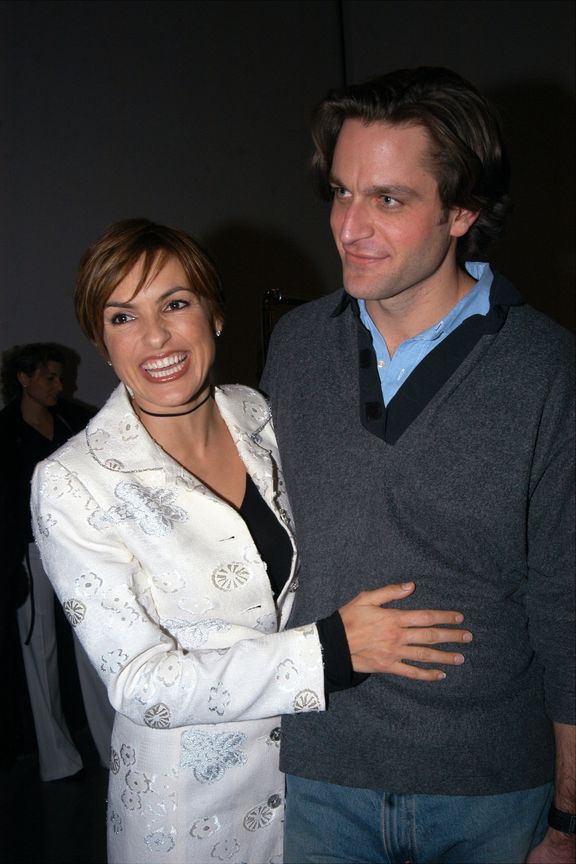 However, it turns out that she was crying because it had suddenly dawned on her that Hermann would be the man she would marry. Destiny was at play, and the simple thought that she had found her husband moved her to tears.

WAS MARRIAGE IN THE PLANS AT THE BEGINNING?

After their first date, the pair began dating and even had plans to walk down the aisle and start a family. She disclosed during an interview with People:

“We knew that we wanted to be married.”

However, after dating for a while, Hargitay came in to work one day looking crushed. She told Meloni that she and Hermann had had a long and deep conversation and decided things would not work out for them.

She disclosed that they had both cried as they talked. As Hargitay narrated her predicaments to Meloni, all he could think about was how the love birds would get together and get married.

And they did! The pair worked through their differences and got back together. Months later, during Hargitay’s 40th birthday, Hermann looked at her and realized he wanted to spend the rest of his life with her. He recalls:

“I think I got a look at what she is like when she is planted, when she is in the soil she’s designed to be planted in. And I wanted to be that soil. Something like that!”

After dating for three years, the pair walked down the aisle on August 28, 2004, in Santa Barbara, California. They both recognized that they had found “the one,” but they did not realize how good their union would become. They were glad they had waited for and married their right one.

Long before they exchanged vows, Hargitay and Hermann knew they wanted a family to call their own, so nearly two years after they walked down the aisle, they were happy to learn they were pregnant.

Hargitay says she was thrilled. No one wanted to be pregnant more than she did, and the moment she got the news, she started wearing full-on maternity pants, despite her stomach being flat at the time. 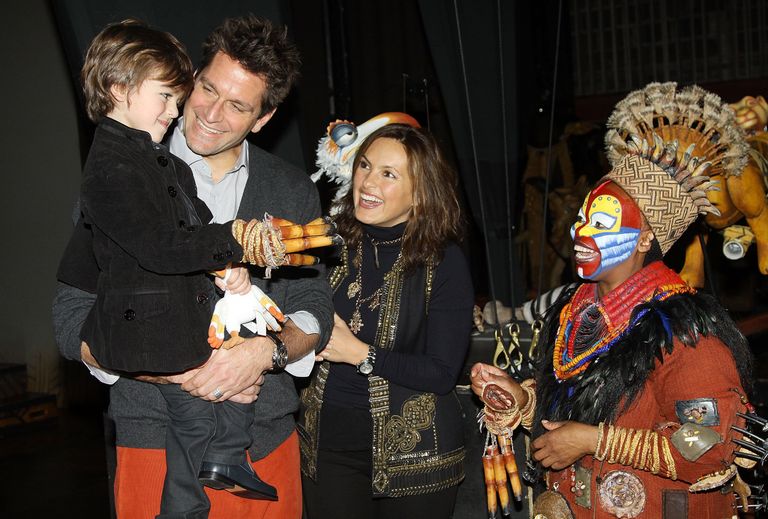 Unfortunately, the pregnancy journey was not as smooth as she had hoped. Between long working hours on the show and the pressure of increased work days, she began seeking comfort in food. By the time she hit the third trimester, she had added a lot of weight and consequently developed gestational diabetes.

At 42, Hargitay and her husband welcomed their first baby, son August on June 28, 2006, and despite her struggles with pregnancy and the birth process, she was ecstatic about being a mom.

A few years later, the pair disclosed that August wanted siblings. Hargitay and her husband both came from large families and wanted the same for themselves. They felt they had plenty of love to give, so they adopted a daughter, Amaya Josephine, whose birth they attended.

Six months later, they adopted and took home their third child, son Andrew. The actress disclosed that while adopting Andrew was not something they had expected, she and her husband had no doubt they wanted to do it. 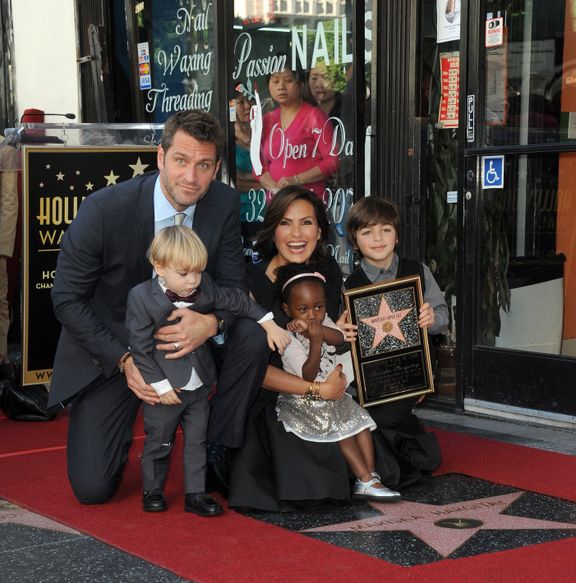 Hargitay says motherhood has been fulfilling but admits that it has not been an easy journey. She had to learn how to balance her work and family life, but she had done an impressive job. She explained:

A HAPPY FAMILY OF FIVE

While 18 years of marriage are a lot by Hollywood standards, Hargitay and her beau are intentional about making theirs work and have earned a spot as one of Hollywood’s most progressive marriages.

Hermann disclosed that there is no secret to a long-lasting marriage and that they, like everyone, were working their way through it. He, however, confessed that observing the fundamentals was key:

“That doesn’t mean that they’re easy, but they’re not that complicated. It’s fundamentals — kindness, listen well and fight fair.”

In addition to a happy married life, the “Hard Time Romance” actress and her husband also take pride in their children. The family of five remains strong and always supportive of each other.

It also helps to celebrate milestones, as Hargitay did on her Instagram page during their 18th anniversary. The actress posted a black and white photo of her and her husband on their wedding day, captioned: “Eighteen years. Grateful. In love. Together.”