Marlo Thomas thought marriage was like jail before she met Phil Donahue.

She was scared to become a stepmother.

Thomas is now a proud grandmother.

Marlo Thomas is the daughter of the iconic comedian, actor, and singer Danny Thomas. But Thomas has built a successful acting career for herself. She is famously known for her role in the fan-favorite sitcom, “That Girl”.

As a young woman, Thomas was not keen on marriage and kids. According to People, she was a free-spirited woman that preferred to date men with liberated thoughts. 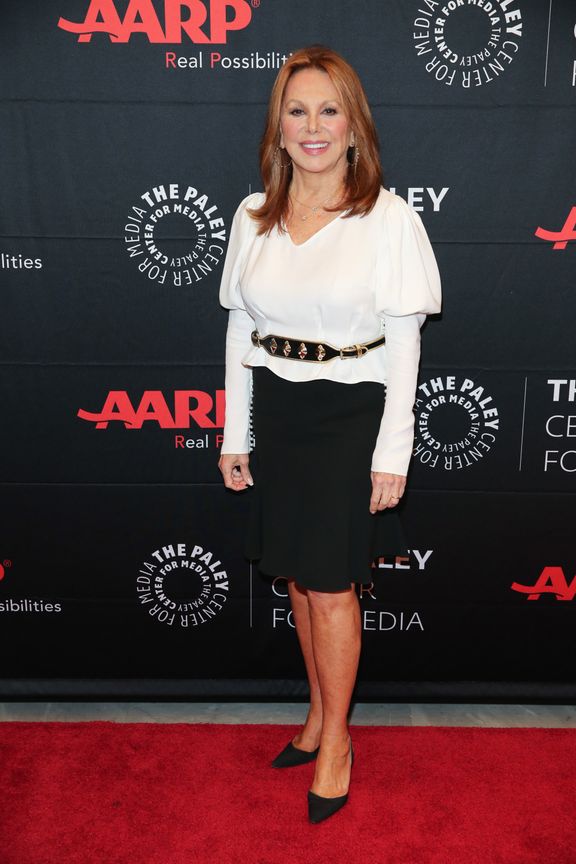 People stated that Thomas valued her independence and freedom as a woman, and she did not think she could have that as a married woman.

In 1971, Thomas got work in the play “A Thousand Clowns”, which was reportedly the one play the actress felt represented women.

Thomas was a part of the broadway performance and the play’s film adaptation. While promoting the “A Thousand Clowns” film, she met Phil Danhaue, a media personality, and talk show host. 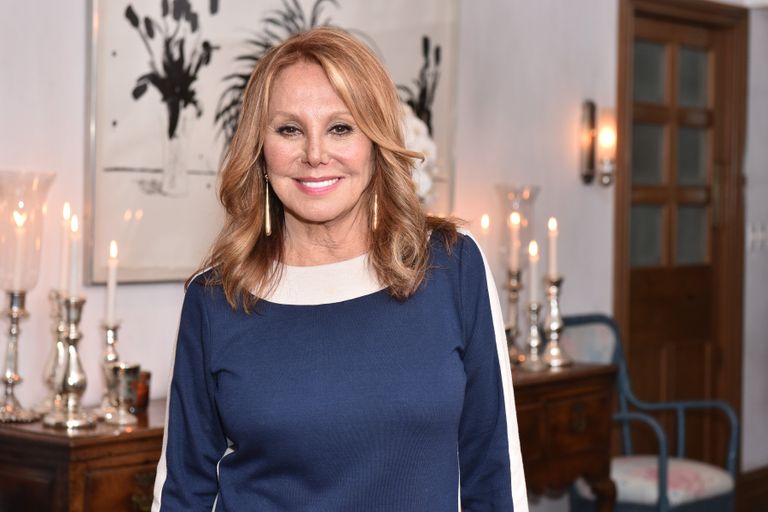 According to People, the actress recalled she and Donahue having a deep conversation about marriage, kids, and divorce on national television.

For Thomas to consider Donahue a potential boyfriend was unusual because of her conflicted thoughts about marriage and kids. Donahue was a modern single man who had been divorced and had five children.

Nonetheless, Thomas and Donahue went on their first date, which the actress described as awkward and said all they did was stare at each other. 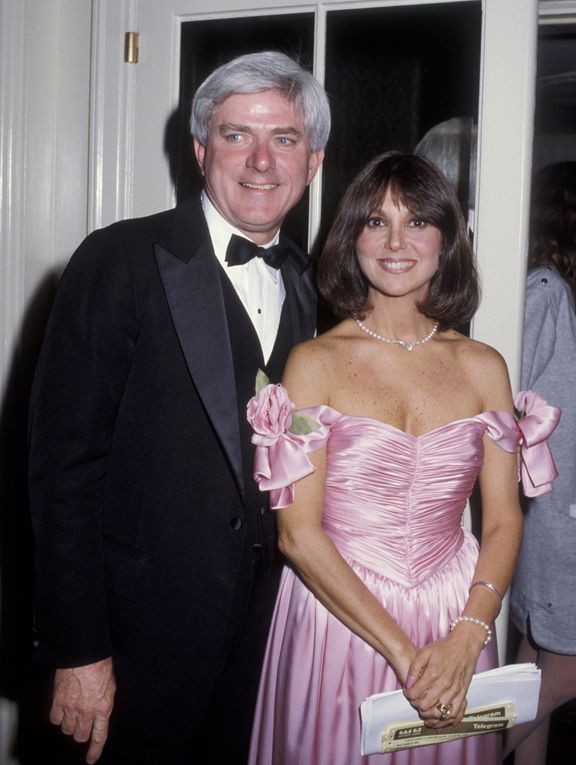 People reported that Thomas thought the date took away the instant spark they felt on TV, but the couple did not give up because she thought the second date was “fine”.

What won Thomas over was reportedly Donahue’s communication. The couple was forced to have a long-distance relationship because the talk show host was based in Chicago while the actress lived in New York.

But Thomas told People that Donahue was open to talking about anything, especially his feelings. They would call each other twice a day for a visit during weekends. 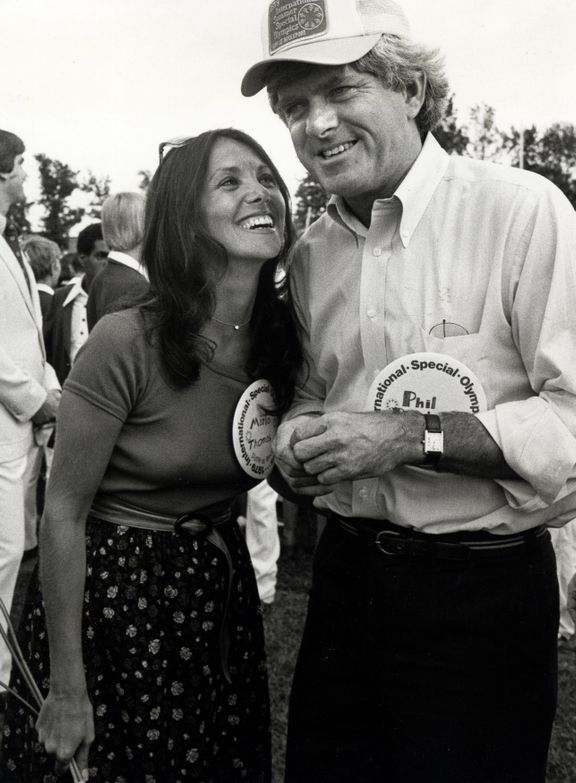 Thomas recalled those long-distance days and said, “Phil will call and say he’s confused about something, and we’ll discuss it.” “He’s very sensitive, and I like that,” Thomas added. Although things were going well between the actress and talk show host, Thomas was still strongly opposed to marriage.

In the book “What Makes a Marriage Last: 40 Celebrated Couples Share with Us the Secrets to a happy life”, Thomas revealed that the idea of being a wife sounded like “living with a jailer you had to please” or a vacuum cleaner that sucks all your energy out.

The idea of marriage was a scary concept that took away one’s identity for Thomas. But the actress admitted to People that being away from Donahue was “awful”. 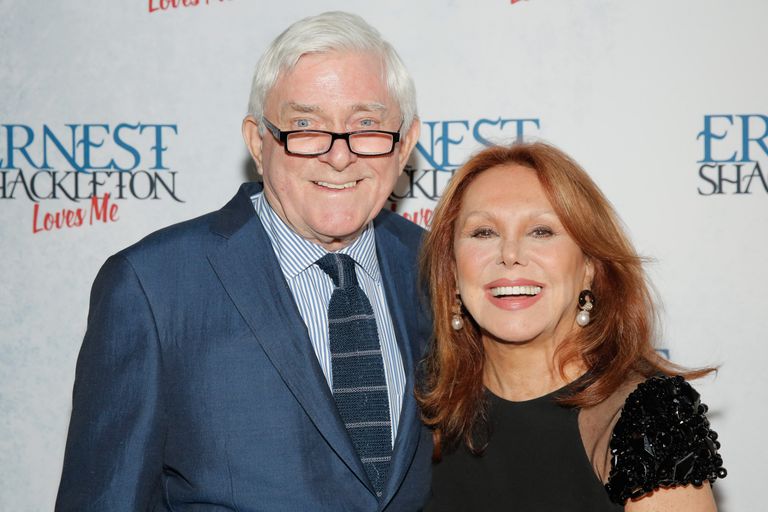 However, the more Thomas spent time with Donahae’s children, getting married started to look less scary. The actress said she liked spending time with the kids. Before the couple could even consider walking down the aisle, Thomas was already close with Donahue’s boys.

Marlo Thomas Shocked Her Family When She Married Phil Donahue

After three years of dating, Donahue and Thomas got married. According to People, the couple had a small intimate wedding of only 35 people, which was everything they ever wanted.

However, Thomas’s mother did not think she would see her daughter walk down the aisle. The actress told People she was shocked and kept asking Donahue, “how did you get her to do this?”

On the contrary, Thomas said her father was happy that she found a man that understood and respected her values. The actress also mentioned that her father celebrated the Lebanese way and shot e few gunshots into the sky. Although the neighbors called the police, it was still a joyful day for the families.

Donahue was also not afraid to be controversial. According to the Washington Post, the media personality changed the talk show game by introducing segments that addressed taboo topics of that time: like same-sex couples having babies, highlighting unmarried women in a more positive light, and more.

Therefore, Donahue admitted that talking to different parents and shrinks on his show made him realize that he did not have open communication with his children. He started being honest with them about his feelings, and they developed a healthy relationship.

Donahue even told Washington Post that men have been oppressive to women and believed men needed to understand that a relationship will only grow if they are candid about their feelings to their partners.

The talk show host also revealed that he realized that his wife had taken the time to get to know each of his sons individually. Since Thomas came into their lives, they had dinner together as a family with honest conversations, which Donahue appreciated.

How Marlo Thomas Gained Love and Respect from Her Step-Children

On her Youtube Chanel, Thomas opened up about her journey to becoming a stepmother. The actress was honest that it was a role that did not have the best reputation, and the thought of being categorized as the evil stepmother scared her.

The Donahue Turkey. With Phil and our two grandchildren Connor, 15, and Kenzie, 14. pic.twitter.com/2iQA9i11

So, Thomas was determined to shift the narrative. She said she did not try to assert herself as Donahue’s children’s mother but built a friendship with them.

Once the children got to know her and vice versa, Thomas told AARP that they were strong then as they were 30 years ago. Donahue and Thomas are now proud grandparents and excitedly share images of their grandchildren on their social media.

As reported by Instyle magazine, marriage was such a far-fetched idea for Thomas that she did not even let it happen on the showed she acted in.

However, after four decades of marriage, Thomas said her relationship with Donahue is her proudest achievement despite all the Emmy awards and the other accolades she had under her belt.