During a recent star-studded evening, Michael Bublé and Blake Shelton sang a duet rendition of “Home.” Bublé originally debuted this song in 2005 and was it covered by Shelton in 2007. The extremely enthusiastic audience included the song’s co-writer, Amy Foster. 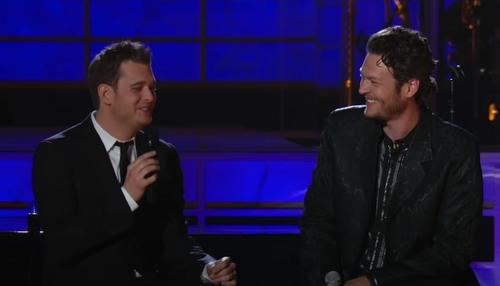 Michael Bublé’s 2005 hit “Home” has been a favorite of many artists. Blake Shelton was one such performer and offered his cover of the hit in 2007. Recently, the two stars had the opportunity to sing this song together.

Names like Kenny G, Celine Dion, and Brain McKnight in the same breath can only mean one thing; someone in the music business has decided to put on quite a concert. In this case, it’s famed music producer and music business mogul David Foster. 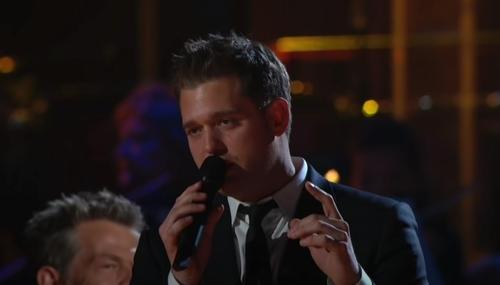 Throughout the years, David Foster has garnered quite a reputation for sizing up talent and making numerous stars shine a little brighter. With so many musically gifted friends under one roof, you can be sure that David’s concert was an evening to remember. Not only were the musicians talented, but the songs were carefully curated to maximize each musician’s gifts.

Michael Bublé and Blake Shelton were two such stars. During this colossal event, the two were slated to perform Bublé’s 2005 hit, and they did not disappoint. As David Foster sat at the piano, the audience knew they were in for a treat. 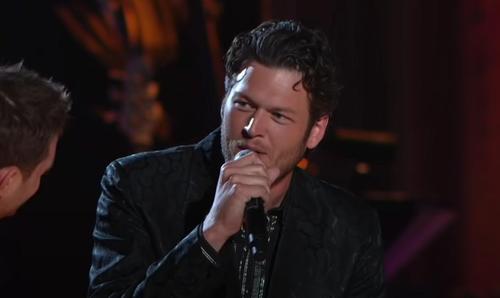 Bublé began with some light banter and then quickly switched into a more serious mode. Shortly before performing, Bublé dedicated the performance to Amy Foster, David’s daughter, and co-writer of the song. David’s already sparkling smile turned effervescent.

After Bublé sang a few lines of his hit song, Foster shot hit a few quizzical looks and asked, “What was that?” When Bublé replied that it was country home, Foster informed him that, “the guy that actually has a country hit with that song is here.” It didn’t take much convincing to get Bublé to turn it into a duet. 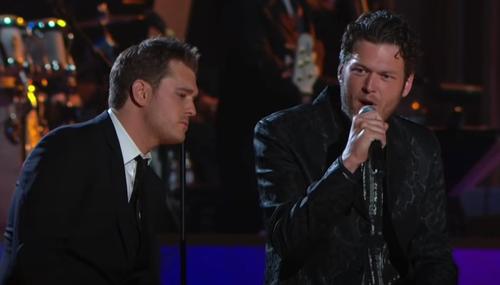 Once Blake Shelton took the stage, he quickly added his voice to Foster and Bublé’s musical creation to create a new sound. Although they perform in vastly different corners of the musical universe, they were able to play off one another to find an even better place together. Their performance was proof that “Home” is somewhere for us all.

How do you feel Bublé and Shelton communicated these with “Home” duet? Perhaps you have some talented friends or family members who form a great artistic team. Take a few moments and tell us how they’re working hard to make your world a more beautiful place.