For several decades, legendary Hollywood star Michael J Fox has been a cultural icon, and despite the many challenges he has faced in his life, he seems to have overcome them with the help of his loving wife.

Actor Michael J Fox has his wife, actress, Tracy Pollan to thank for the life he has enjoyed over the last three decades. Fox and Pollan have proven to be an unbeatable pair despite the many challenges.

The couple was only a few years into their marriage when Fox had to break the news of his diagnosis to his wife. Rather than leave, she stayed by his side, and together they have built a wonderful world.

WHO ARE FOX AND POLLAN

Fox rose to prominence thanks to his role as Alex P. Keaton on the hit sitcom “Family Ties.” He also starred in “Back to the Future” and its sequels, as well as “Teen Wolf,” before making a comeback to television in the 1990s with “Spin City.”

Just as his career progressed, Fox announced in late 1999 that he had been battling Parkinson’s disease since 1991, and he had undergone brain surgery to reduce the tremors caused by the disease. 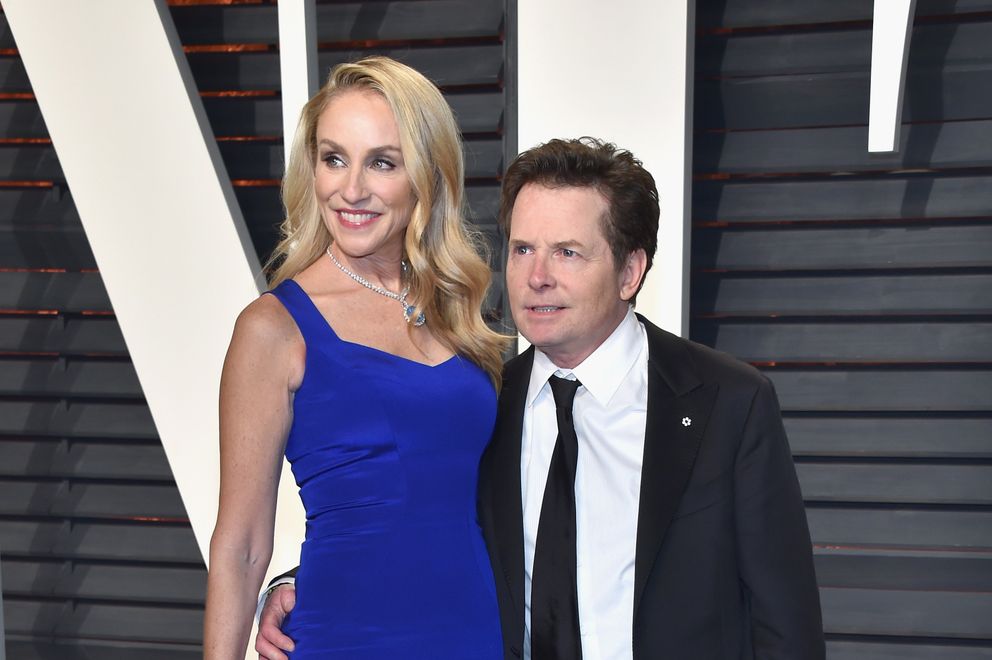 Despite “Spin City’s” enormous popularity and a slew of Emmy and Golden Globe trophies, Fox stated in early 2000 that he would be quitting the show, which he also executive produced. He wanted to spend more time with his family and focus on Parkinson’s disease research and awareness.

For his final season on “Spin City,” Fox won an Emmy and a Golden Globe, as well as the esteem and support of the Hollywood community. Fox left “Spin City” after its fourth season — and 100th episode — and founded the Michael J. Fox Foundation for Parkinson’s Research in May 2000. 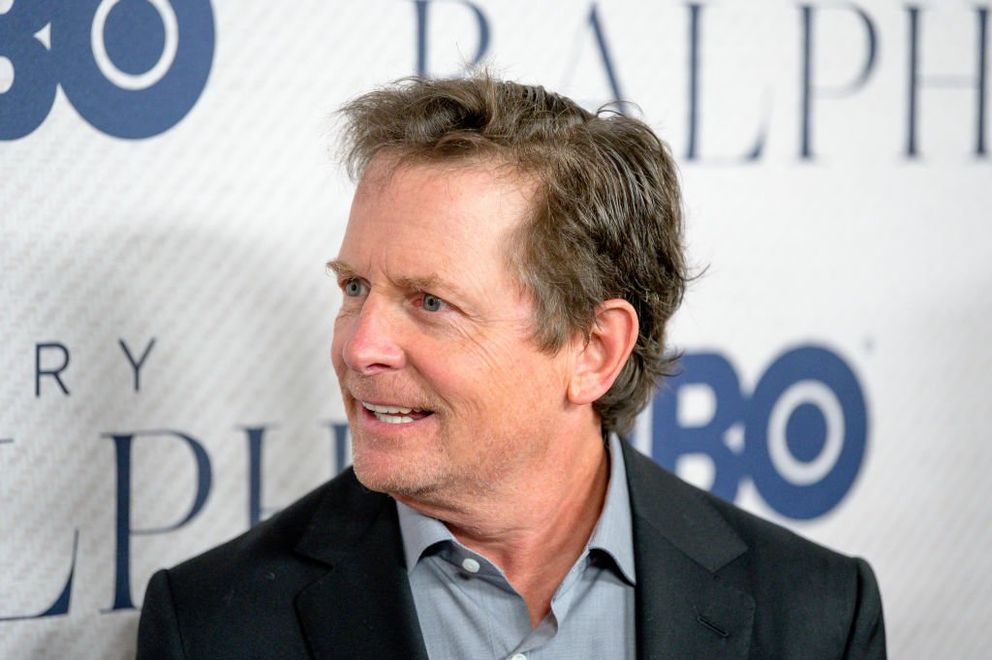 Michael J. Fox Foundation for Parkinson’s Research is a nonprofit organization dedicated to finding a cure for Parkinson’s disease and ensuring the development of improved therapies for those living with the disease.

The foundation is now regarded as the world’s largest nonprofit funder of Parkinson’s disease medication development.

Fox’s wife, Pollan, has equally had a successful career and has featured in several movies. Like her husband, Pollan prefers to spend time with her family and build memories with their four children.

The actress, who comes from a Russian family, was born in Long Island, New York, on June 22, 1960, and was raised in the Jewish faith, which she considers a crucial part of her life.

She attended the Dalton School in Manhattan, New York, before going to the Herbert Berghof Studio and the Lee Strasberg Institute to study acting.

Following her graduation, Pollan pursued a career in acting and has appeared in several television episodes and films, including “Family Ties,” “Spin City,” “Law & Order,” and “Medium.”

For her role on “Law & Order: Special Victims Unit,” the actress was nominated for a Primetime Emmy Award for Outstanding Guest Actress in a Drama Series in 2000.

Although Fox and Pollan have racked up more than thirty years under their belt, neither star knew it would go this far. While their union has been solid, it was not love at first sight.

Pollan confessed that she needed some time to warm up to Fox in an interview. The duo met when Pollan auditioned for and received a role on “Family Ties” in 1985, and they became friends.

Pollan and Fox became great pals, but the actress was dating Kevin Bacon at the time and wasn’t immediately smitten by her co-star. She agreed that he was amusing, but she also thought he was arrogant.

Pollen left “Family Ties” after one season, but they reunited two years later in the film “Bright Lights, Big City.”

Still enthralled, Fox inquired about Pollan’s relationship status during her audition. She told him she was single, and he invited her to lunch; they began dating, and a year later, they married.

It has been almost three decades since Fox waved drinking goodbye, but it did not happen so easily. The actor once found himself hooked on alcohol as he saw it as his only coping mechanism following his life-changing diagnosis.

Fox awoke one morning in 1990 to see his left pinkie twitching excessively. After visiting a Manhattan physician, he was diagnosed with young-onset Parkinson’s disease in 1991.

After hearing the life-altering news, Fox went home and told his wife, Pollan, in a quiet hallway. They sobbed and embraced each other.

The 61-year-old tried to forget the diagnosis and live an everyday life. Instead, he went against his wife’s advice and accepted any job he could find. Fox ended up leaving himself more vulnerable.

Fox, who had cut back on his drinking when the couple married in 1988, reverted to alcohol to ease the pain, keeping empty bottles from his wife at home. He started isolating himself from his family.

His drinking problem began to take its toll on his young marriage, but it all changed for the actor after he returned home drunk and met a disappointed wife. He decided to change and drop his old habits.

THROUGH THICK AND THIN

Fox and Pollan’s marriage was still in its early stages when he was diagnosed, but the actress opted to stay by his side despite the seeming difficulty. The actor once gushed over his wife for her commitment to him, calling her his best friend.

Fox revealed that Pollan was often honest with him and never cut him slack. He described her as affectionate, kind, intelligent, and with a nice sense of humor.

HOW MICHAEL’S KIDS TREAT HIM

Fox believes he won the lottery with his supportive family. The actor enjoys having the love and care of his wife and children. The actor revealed that he opened up about his situation with his children, and it has had little effect on his family. 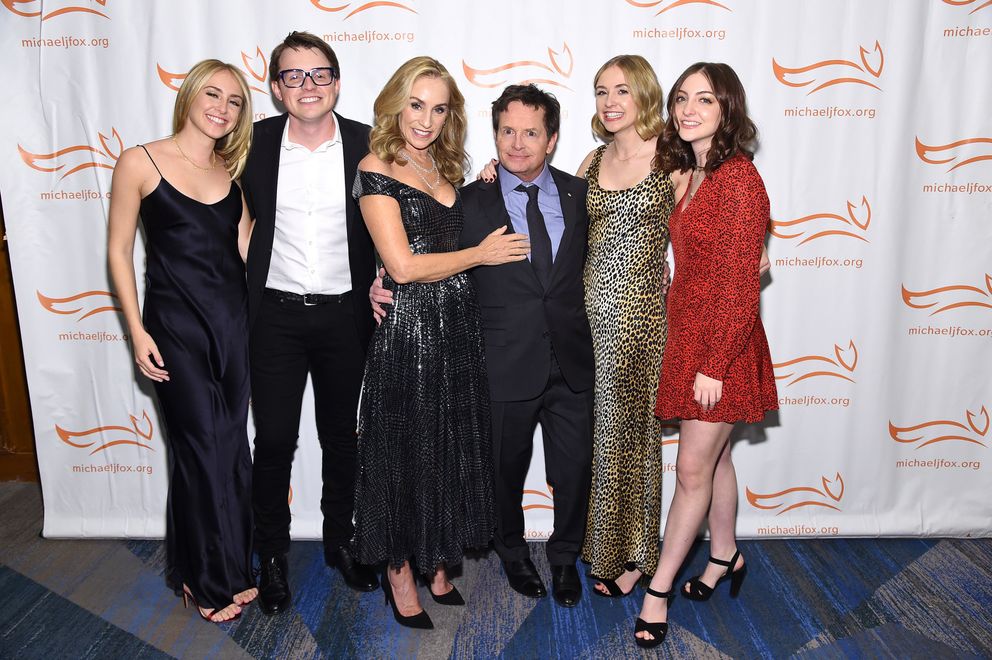 His kids rarely mention his condition and treat him with respect and love. Fox continues to live a normal life with his children, going on movies and family vacations despite his condition. 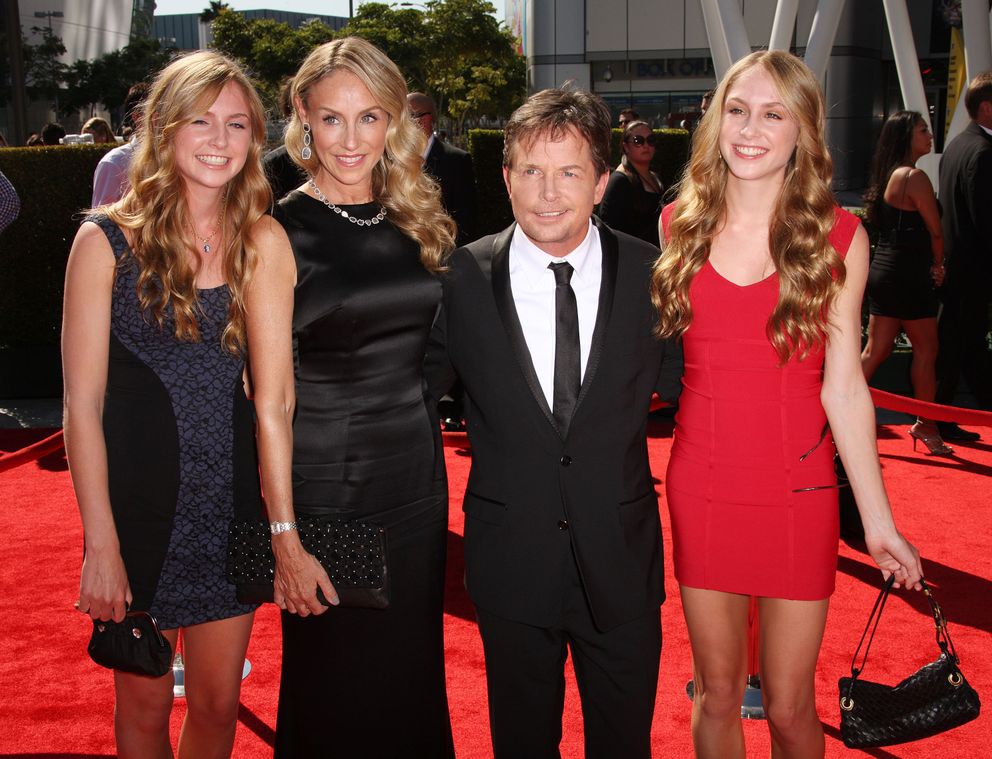 THE KEY TO A HAPPY MARRIAGE

Like many couples, Fox and Pollan have ugly moments, but they have decided to see the beauty in their union, which has helped them stick together for 34 years. The couple is still in love and is often spotted hanging out. 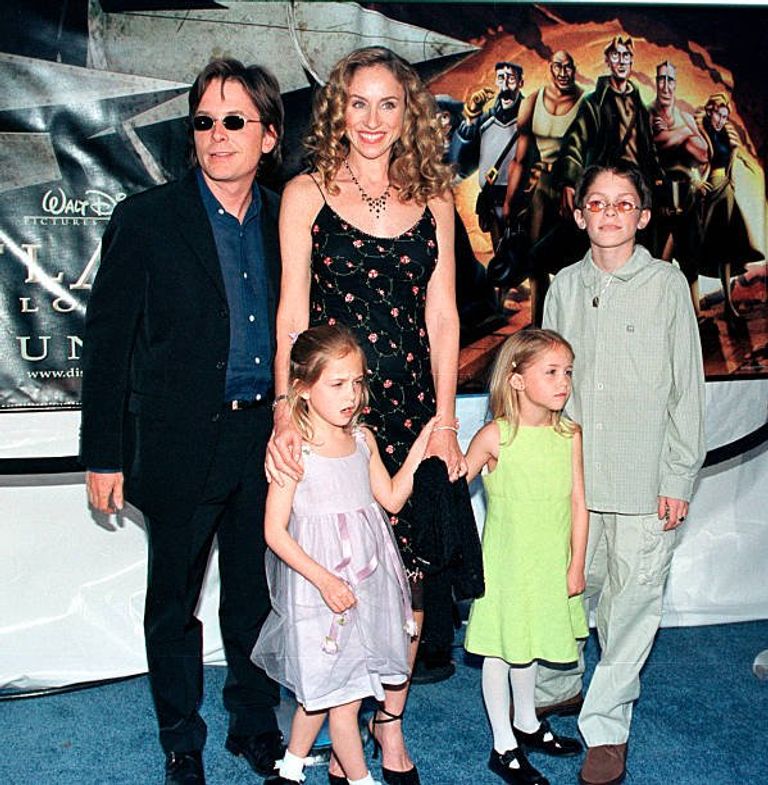 Speaking on the secret of their union, the couple cited understanding each other’s perspective and intentions has been key. Also, Pollan considers Fox the funniest man she has ever known, so it is easy to get him on her good side.