Michael Landon felt guilty over his troubled daughter: “If she didn’t exist, I wouldn’t feel all this pain”

Michael Landon is a true Hollywood legend, having starred in Bonanza and Little House on the Prairie, amongst other cult hits. Though he rose to fame quickly, his legacy will always be remembered. 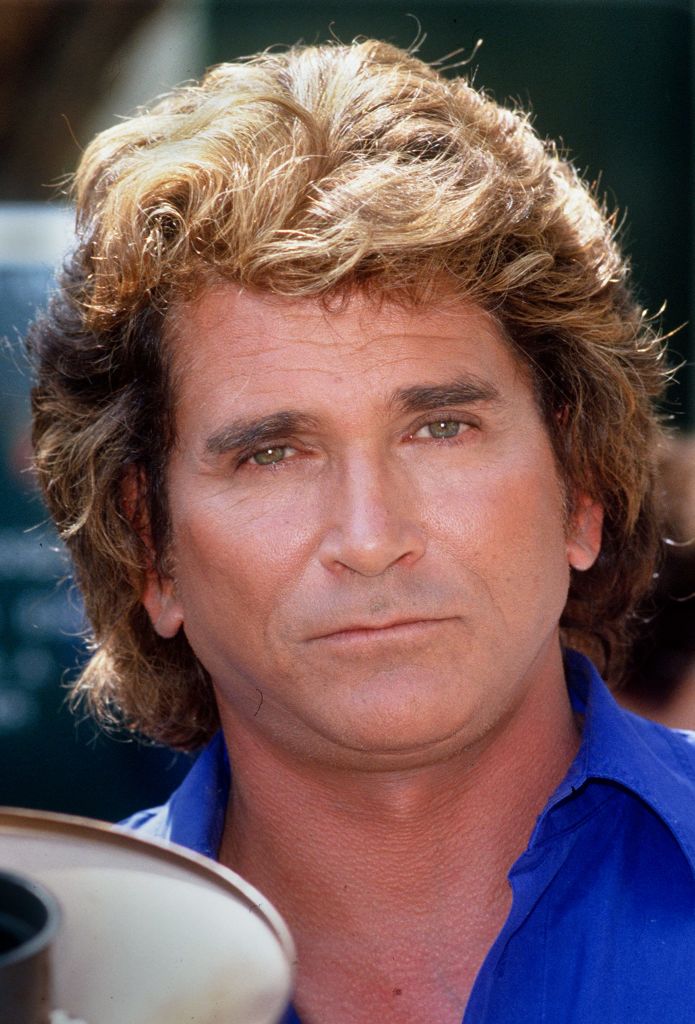 A successful, if not topsy-turvy life filled with action and memorable appearances in front of the camera, means Landon will never be forgotten. But, of course, the Hollywood star was far more than simply a face to be filmed or an on-screen persona.

Landon’s back-story is every bit as interesting as any one of his characters, while his intriguing private life isn’t nearly so dissected as it would probably have been were he alive and at the height of his fame today.

For example, did you know that Michael Landon had no fewer than nine children across three different marriages? And did you know that it was while acting in his capacity as a parent that he endured perhaps his most arduous challenge?

Well, all you Landon fans are in luck. Here’s all you need to know about one of the biggest stars of the last century! 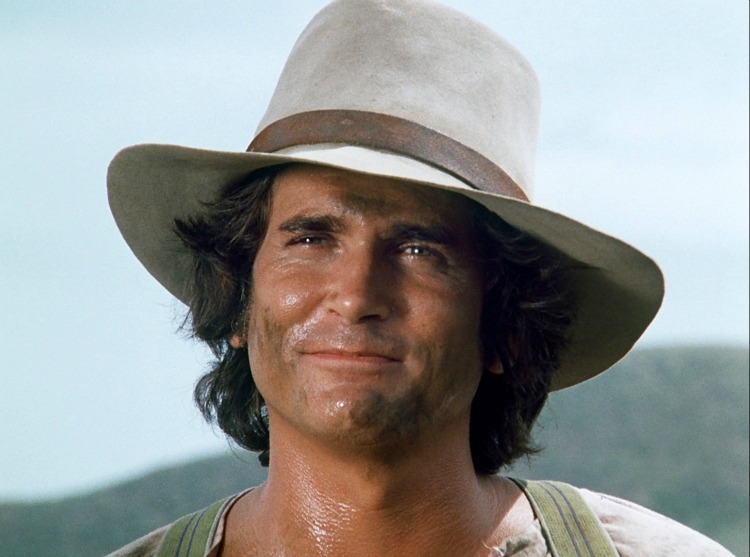 Michael Landon was working as a gas station attendant in Los Angeles when his life changed forever. Talent agent Bob Raison picked him up, and before long, the boy born Eugene Orowitz had turned into Michael Landon. It was a name that people thought would better be suited for show business.

Today, well, every person who’s ever watched the classic shows on television knows exactly who he is.

Landon starred in several television series in the mid-1950s before getting his big breakthrough role. He was eventually cast as Little Jose Cartwright on the iconic western television show Bonanza, spending a total of 14 years in the spotlight before the show was canceled in 1973.

In 1956, he landed his first official role in an episode on the TV series Telephone Time. He also starred as Tom Dooley in the western The Legend of Tom Dooley, which ultimately led to the role of a lifetime, starring as Little Jose Cartwright on the iconic western show Bonanza.

Fortunately, Michael didn’t have to wait long for another huge gig. Next up was Little House on the Prairie, in which he starred as Charles Ingalls. The show was a massive success, with both Landon and the show itself being praised by both critics and the television audience. Many of his costars had their breakthrough roles on the show.

Little House on the Prairie became the second-longest role Landon had, and in 1979, he won a Golden Globe for Best Actor in a television drama series. Little House also won several awards, including four Emmys and 16 additional nominations.

Landon then reached what one could call legendary status following his role in the drama series Highway to Heaven. He was honored with a star on the Hollywood Walk of Fame in 1984.

Yet for one so famous and so overwhelmingly popular, it seems as though he managed to keep a relatively low profile when it came to his private life – at last compared to today’s hectic standards.

Over the course of his life, Landon was actually married three times and would father a total of nine children all told.

Landon himself had opened up from time to time about the difficulties he faced during a troubled childhood. This ultimately led to him actively wanting to take TV roles where he could portray a strong family man. But away from the silver screen, Landon also made efforts to have a good relationship with all nine of his children. 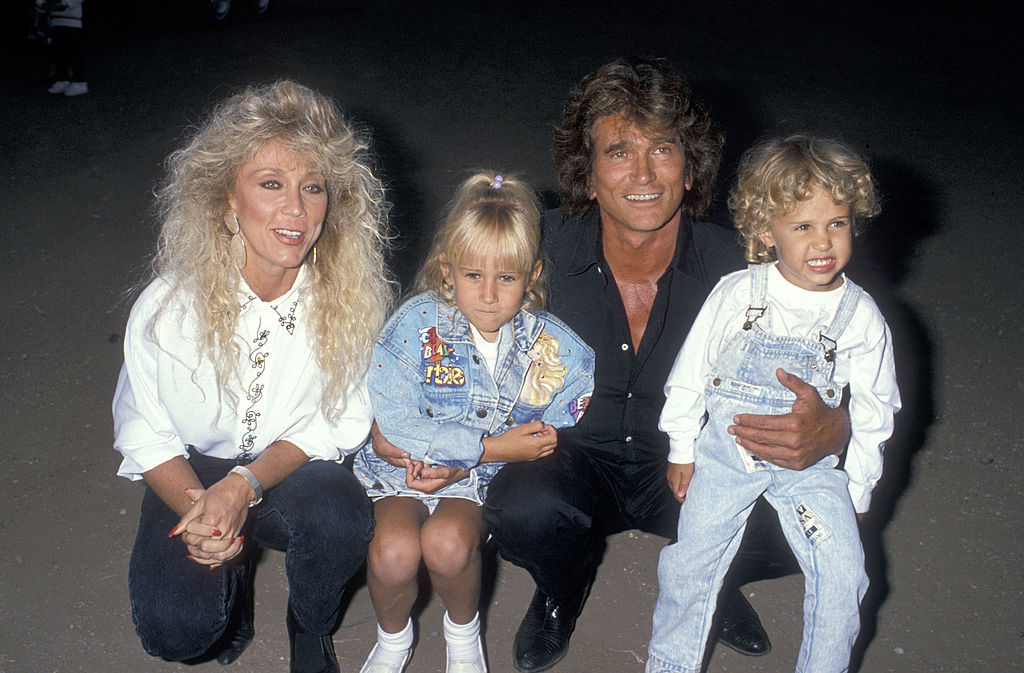 Interestingly enough, by all accounts, it seems one of the actor’s children, Cheryl Landon, provided him with one of the sternest challenges of his life.

Landon also adopted further children when he married his second wife, Noe, and later added to his brood when he had his own biological children later on in his life. Reports state that Landon took care to treat his adopted kids exactly the same as the ones who shared his blood, and he even told PEOPLE once of Mark and Josh:

“I hate it when someone calls them ‘adopted’ …. They’re my sons — period.”

It was his biological daughter, Cheryl, however, who offered perhaps the biggest challenge for Michael Landon’s in his role as a parent. She was nine years old when her mother, actress Marjorie Lynn Noe, tied the knot with Michael Landon.

Cheryl suffered several tragedies early in life and had to battle her inner demons. In an interview with The Washington Post back in 1983, Michael talked openly about his step-daughter’s problems with Miltown, a drug similar to Valium.

“I suspected it during her last two years of high school,” he said. “Then she went to the University of Arizona. And I used all the excuses; no matter what she told me I would believe because I wanted to believe.” 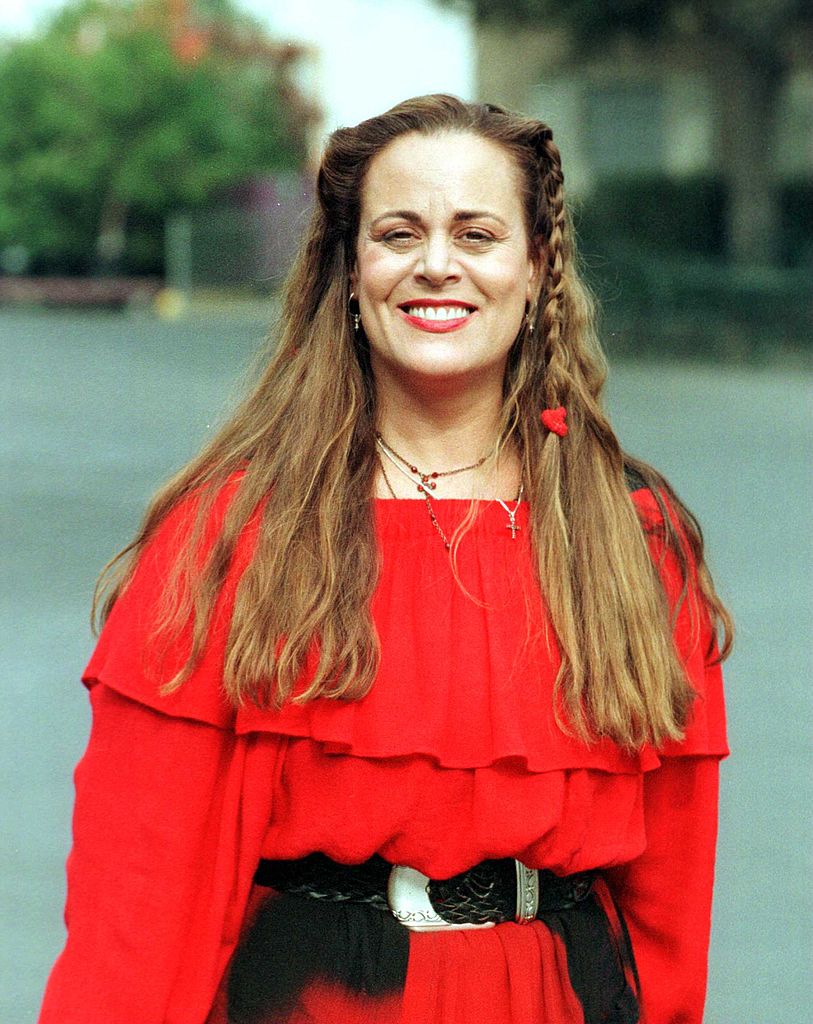 Things reached new levels of seriousness when Cheryl almost died of an overdose at the age of 19. Michael sent his daughter to rehab, from where she emerged several years later having overcome her addiction.

With Cheryl in the midst of battling her illness, Landon himself admitted to harboring thoughts that caused him guilt later on. He told The Post: “You get very guilty about some of the feelings you have about your own child, one of which is, ‘I wish she did not exist’.

When Cheryl was 20, she was involved in a horrific car crash in Tucson, Arizona. Four people were traveling in the car, but Cheryl was the crash’s sole survivor. However, she was seriously injured and placed in a coma for several days but managed to pull through.

”My father willed me back to life. He sat with me for a month. After the doctors had given up on me, I remember him saying to me, ”Fight, Baby!”, Cheryl told Chicago Tribune.

“Most people don’t really pray very hard until they really need it,” Landon said. “It’s the same as, a lot of people get very religious when they get very old. Whether or not it’s a ‘just in case’ kind of thing, I don’t know. But I never prayed so hard in my life as I did there. And she lived”

Today, the 69-year-old Cheryl lives a quiet life away from the limelight. She cherished father until the day he moved on. She even wrote a book I Promised My Dad: An Intimate Portrait of Michael Landon, which discusses their bond.

Tragically, in 1991, Landon was diagnosed with pancreatic cancer and passed away a few months later at the age of 54.

Just a month following the diagnosis, the tumor on his pancreas had doubled in size and spread to his liver. He passed away July 1, 1991, with his wife Cindy Landon by his side.

In his last interview with Life Magazine, Michael gave a tearful insight into the bed routine he started with his daughter Jennifer and his son Sean during the weeks before his passing.

According to Michael, he would let his children ask him one question before bed. The 4-year-old Sean always asked his dad the same question; “What was the worst thing you did when you were a little boy?”

The dying actor found it hard to come up with a new answer every evening. His 7-year-old daughter Jennifer asked questions of a more heartbreaking nature. Once, she asked Michael if he was going to die.

As an actor, Michael could take on any character and be used to pretend. But looking into his daughter’s eyes and trying to answer that question left him without words. Finally, he said he didn’t know the answer.

“Then I said that even if I were to die, they would be alright,” Landon explained and continued: “They would miss me terribly, and I would miss them terribly. But nothing would change.

I don’t know about you, but I miss Michael Landon – they sure don’t make them like him anymore.

Were you a fan of Michael Landon’s over the years? Do you remember him as a family man who put smiles on people’s faces? Let us know your thoughts in the comments box.