Michael Strahan Fought for Twin Daughters for over a Decade after Divorce: ‘Toughest Things I’ve Ever Gone Through’

Michael Strahan has been through a lot, including two failed marriages and a very messy divorce. But many years later, the former football player is in a happy relationship and, most importantly, spends quality time with his kids. Here are the details of his ordeal.

Michael Strahan has successfully climbed the ladder of fame and fortune as a television personality and journalist. However, before his entertainment career began, he thrived as a professional football player for the New York Giants of the NFL.

Strahan has witnessed many good times in his lifetime, but like every other person, he has also dealt with difficult situations, especially in his love life. 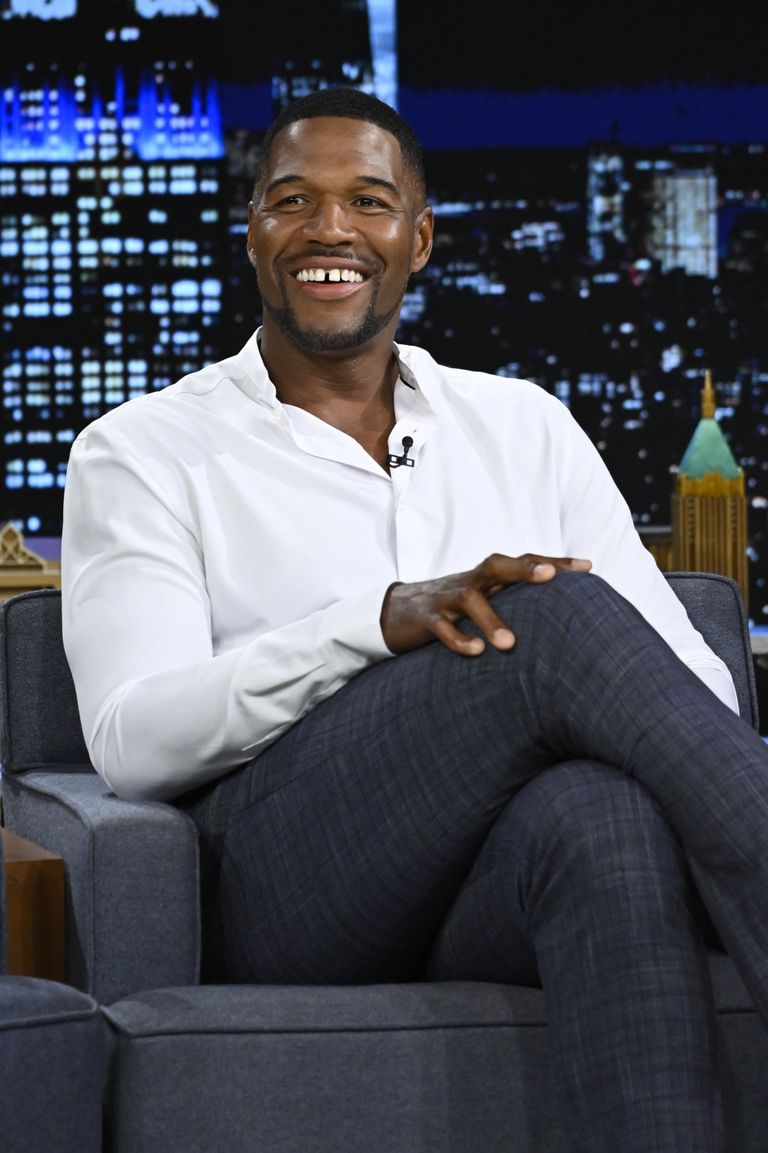 The “Good Morning America” co-anchor has been quite unfortunate in his romantic escapades. He has tied the knot twice, but sadly, both marriages have ended as failures.

Strahan’s first marriage was to Wanda Hutchins from 1992 to 1996, while his second marriage to Jean Muggli lasted for seven years, from 1999 to 2006. Over the years, the former NFL star has spoken candidly about how challenging his divorces were. During a 2016 chat with People, Strahan confessed:

“Personally, getting divorced is probably one of toughest things I’ve ever gone through, but it was also a learning experience, and I learned a lot about myself.” 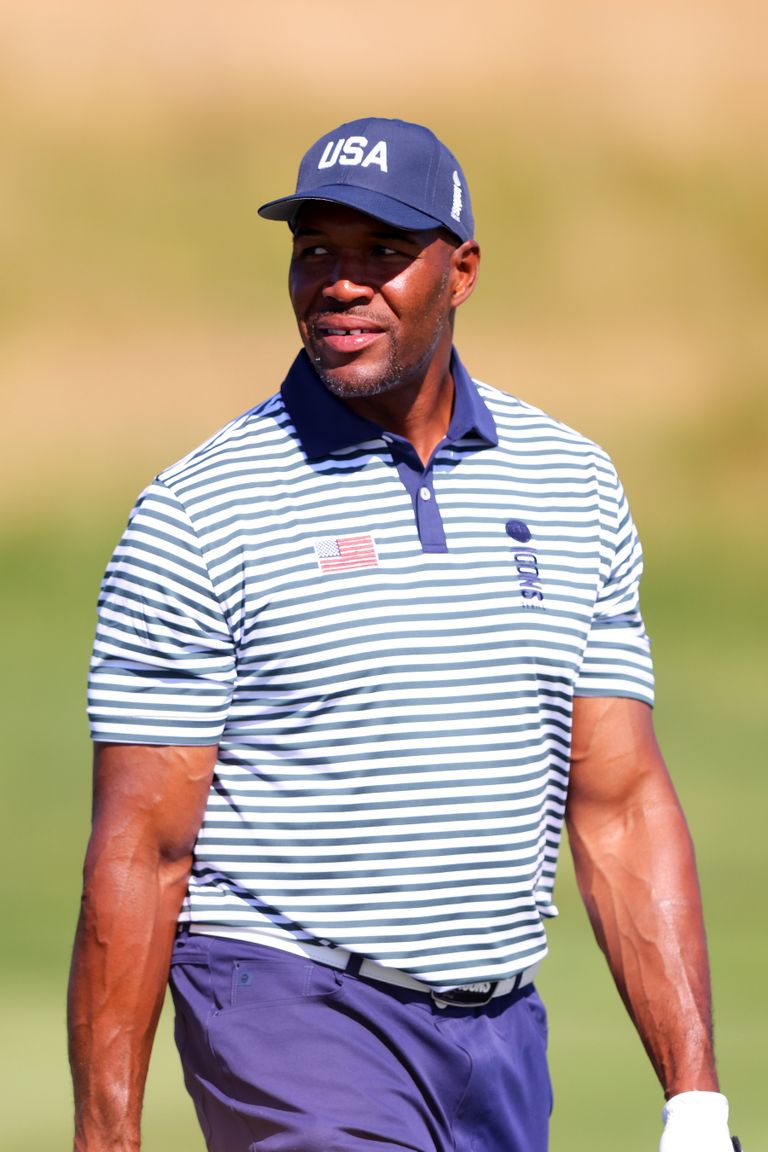 The journalist further noted that his divorces made him realize he was a strong man. According to Strahan, he drew strength to deal with the difficulties of his fatherhood. In his words:

“My kids give me strength. I love being with kids. To me, it’s all about family, now more than anything.”

The father of four knew he had to stay strong for his tender kids, and even though it was a frightening ordeal, he always spoke positive words to himself.

Looking back at everything that had happened, including his children, Strahan revealed that his positivity paid off, adding that it was one of the most fulfilling times of his life.

Although Strahan has been through two failed marriages, his second divorce will always be one he will remember due to how messy it was.

Strahan says that away from the big screen, he is a quiet type, and the huge attention makes him embarrassed and uneasy. 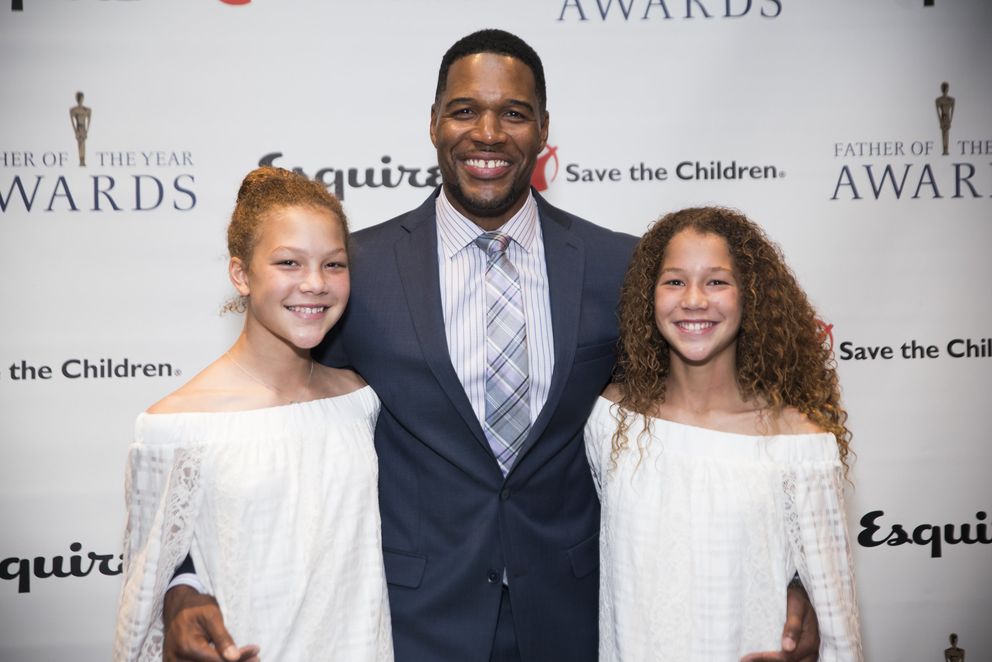 The 2006 battle with Jean Muggli saw the former professional football player on the losing end. Following the finalization of the divorce proceedings, the judge ordered Strahan to pay his ex-wife a whopping $15.3 million. In addition to the huge sum, Muggli received $18,000 monthly in child support from the entertainment icon.

Furthermore, she was awarded primary custody of their two daughters, while Strahan was granted only visitation rights. Indeed, it was a tough time, especially for the TV personality, but things would only worsen. 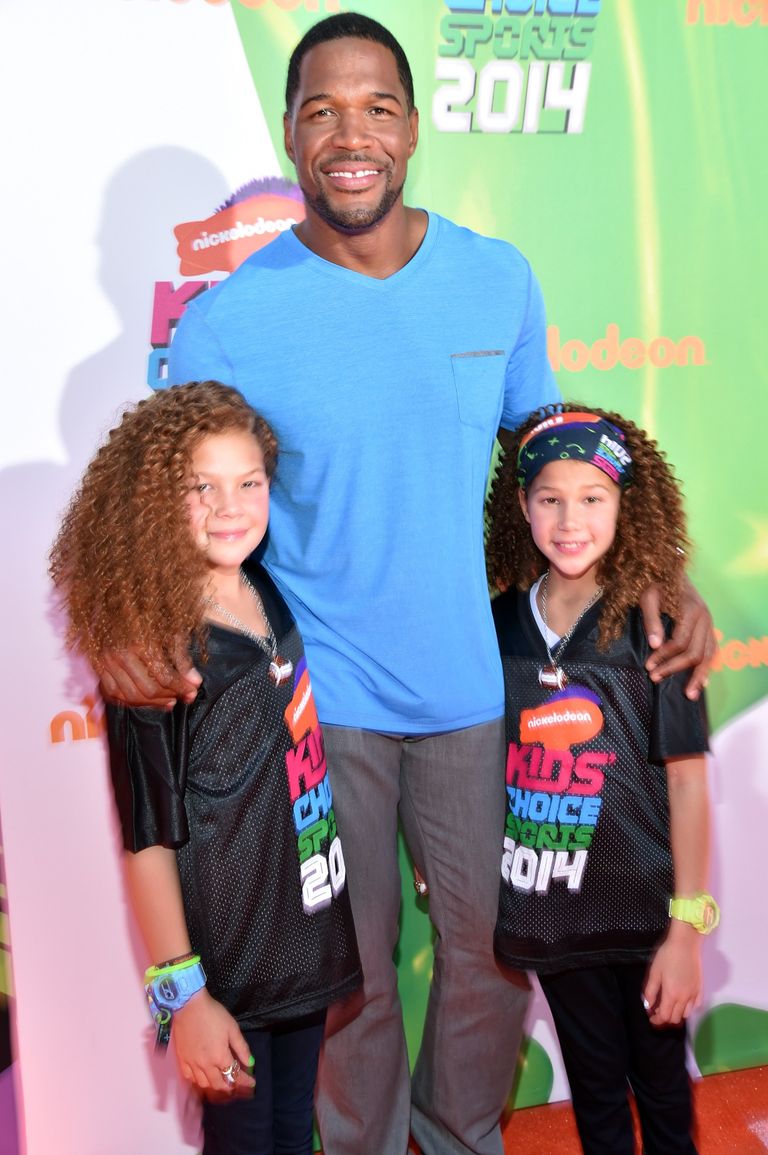 In September 2019, years after the couple finalized their divorce, Muggli filed a lawsuit in New York, demanding an increase in the monthly child support. While the case was still ongoing in court, Strahan made new allegations about his ex-wife.

According to reports, the former couple had initially agreed to use a parenting coordinator. However, Strahan claimed that Muggli was intentionally doing things to increase the PC’s involvement, thereby causing an increment in the PC’s fees.

For example, the anchor alleged that Muggli went back on their plan to enroll their teenage twin daughters in a school in North Carolina, which caused the PC to intervene.

Also, Strahan claimed that his ex-wife was “uncooperative in scheduling his visitation” with their kids, causing the PC to make the visitation schedule herself. According to the PC, their co-parenting had become “time-consuming, full of conflict and unrealistic.”

Strahan desired that the court intervene and order a 50-50 split of the PC’s fees, which could solve the alleged problems. 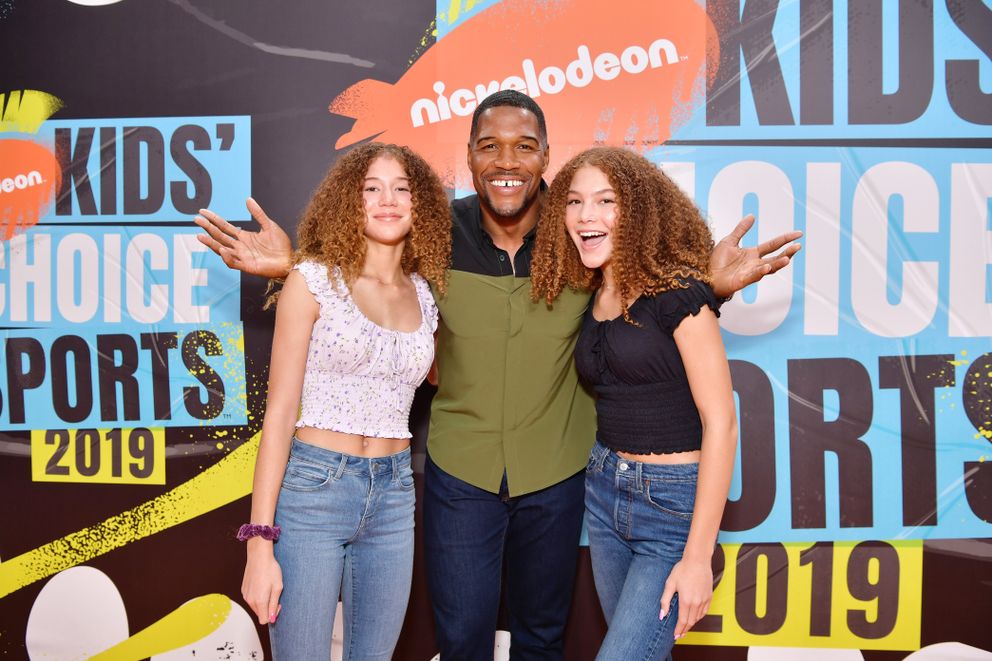 But in 2020, the anchor decided it was best for him to be awarded primary custody of his girls. So, he contested the previous custody arrangements because Muggli was physically and emotionally abusing their daughters. However, in October 2020, the case was dismissed with prejudice, as the ex-couple reached a joint child custody agreement.

Michael Strahan’s Relationship with His Daughters

Almost two years after the custody agreement, Strahan is relishing his time with his girls, as he did not let the battle affect his relationship with them. According to him:

“It wasn’t like, ‘Okay, we split, now I’m gonna write a check and send it to your mom every month, and Daddy will see you down the road.” 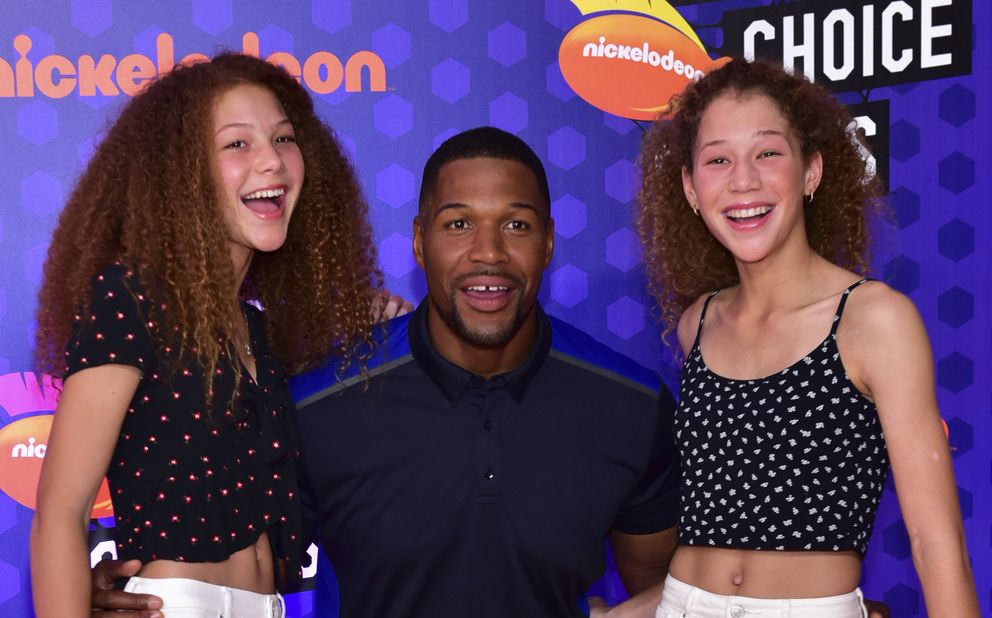 The proud dad is grateful to have access to his daughters, and despite his busy schedule, Strahan always makes time for them.

The lovebirds have reportedly been together since 2015 and keep waxing stronger by the day. Reports have also revealed that Quick shares a close bond with her boyfriend’s children. 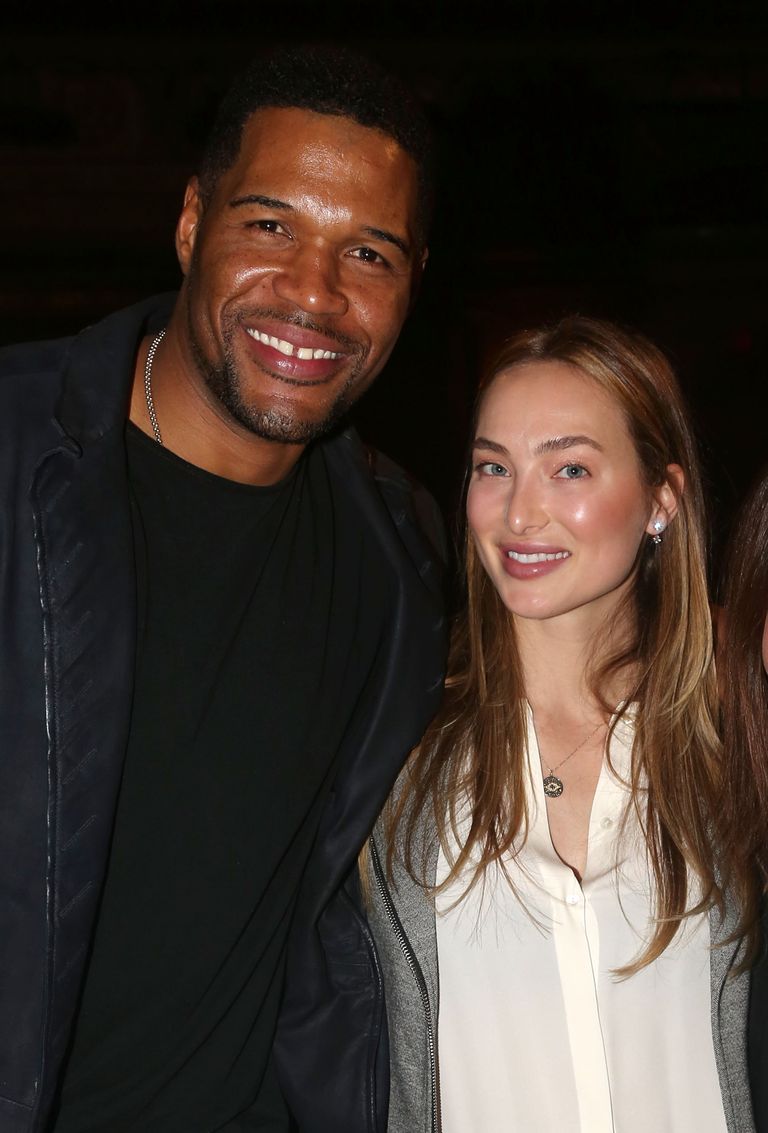 Fans could not be more pleased to see Strahan in a happy place after everything he has been through. Hopefully, he and Quick’s love will not end anytime soon.