Millionaire Actor Timothée Chalamet: ‘It’s Tough to be Alive Now, Societal Collapse is in the Air’

Actor Timothée Chalamet, who has an estimated net worth of $20 million, and has been a Hollywood star since he was a child, declared “it’s tough to be alive now,” and that “societal collapse is in the air” in a recent interview at a press conference for his latest film, Bones and All, a film in which he stars as a bone-crunching, bi-sexual cannibal.

“I think it’s tough to be alive now. I think societal collapse is in the air. It smells like it,” Chalamet said at the Venice Film Festival, while promoting Bones and All.
Watch Below:

To be young now, and to be young whenever — I can only speak to my generation — is to be intensely judged,” the Don’t Look Up actor added at the press conference on Friday.

“I can’t imagine what it is to grow up without the onslaught of social media, and it was a relief to play characters who are wrestling with an internal dilemma absent the ability to go on Reddit, or Twitter, Instagram or TikTok and figure out where they fit in,” Chalamet said.

Chalamet was also seen on the red carpet at the Venice Film Festival wearing what appeared to be women’s clothing — a backless red jumpsuit. 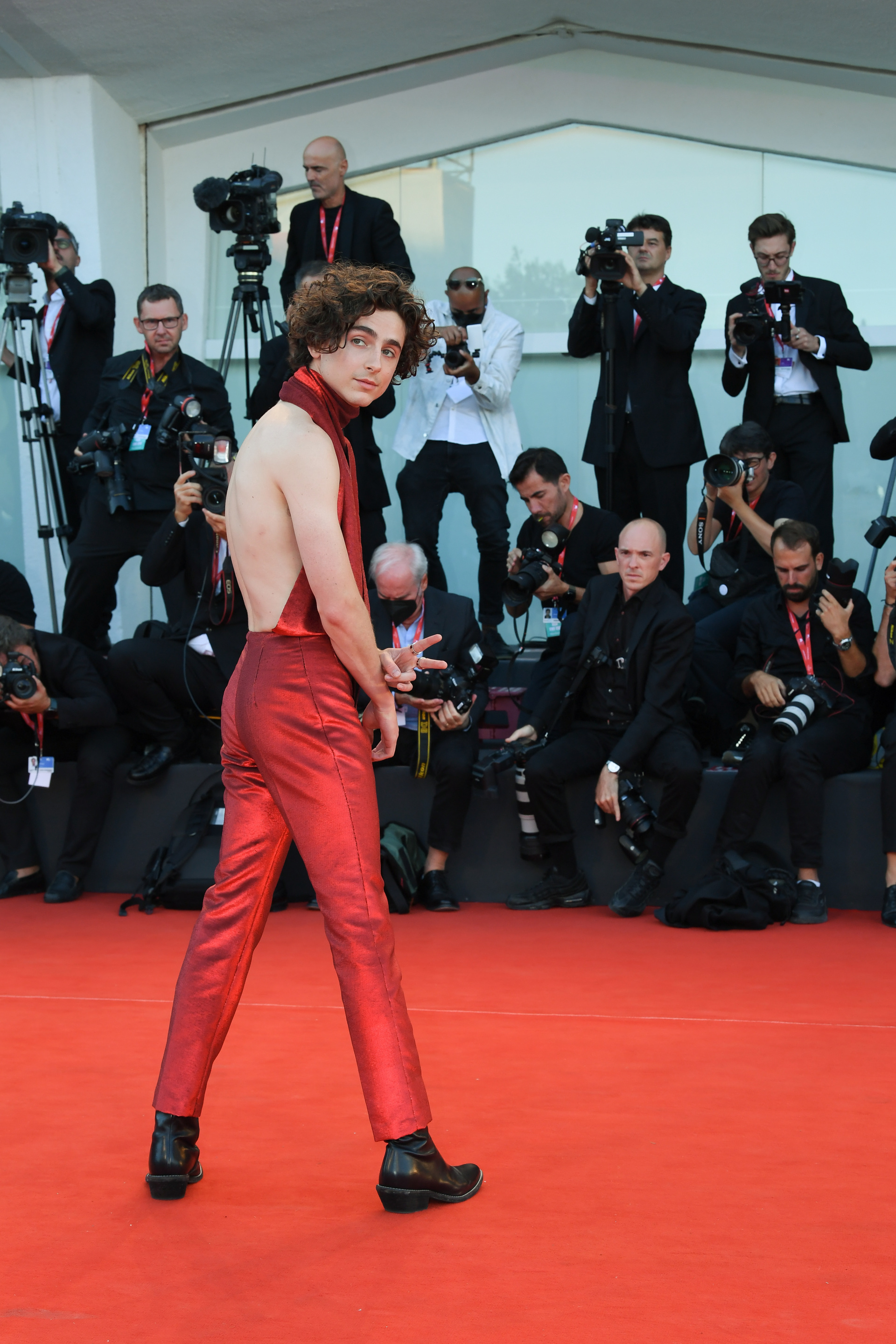 In Bones and All — directed by Luca Guadagnino — the actor plays a cannibal in 1980s rural America, who faces the typical coming-of-age challenges while also dealing with an uncontrollable need for human flesh and blood.

Ironically, Chalamet got his big break from a gay romance helmed by the same director, alongside embattled actor Armie Hammer, whose career is now imploding due to numerous scandals, one of which involved cannibalism.