A desperate mother from Australia might want to leave the southern continent after learning that hundreds of tiny ants are attracted to her toilet paper. In a shocking post on social media, the disturbed mother shared how the tiny black ants are totally “obsessed” with the toilet paper in her ensuite bathroom, making it impossible for her to wipe after she goes to use the toilet.

As a makeup artist from Queensland, Australia, the mother needs help from social media users to figure out why the ants are so attracted to her toilet paper. The ants seem to be invading her bathroom inside her four-story home, but the ants are only attracted to the toilet paper in this one bathroom and not every roll of the stuff in the house. 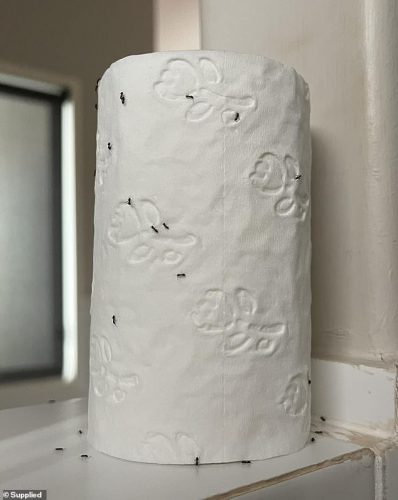 In a series of images shared on social media, people were shocked to see how attracted these ants were to the roll of toilet paper. Hundreds of the tiny insects were seen crawling all over the roll of toilet paper and were even invading each sheet of TP, climbing up, in, and around it as though it were their home place to live. Each layer of the floral-scented tissue taper was infested with ants that simply could not get enough of the stuff, no matter what the mom did to block the ants from entering her ensuite bathroom.

“Ants are obsessed with my toilet paper,” she wrote. “I took this picture while sitting on the toilet.”

Many people were shocked by the images and shared numerous comments on social media.

“I had an ant problem in my toilet, and it turned out to be a hidden water leak,” one woman replied to the original post from this Australian mother. 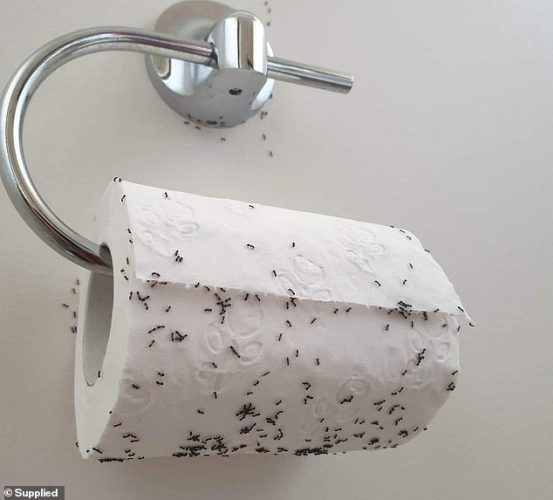 Some people suggested that the ants might be attracted to the toilet paper because of the particular style of sheets she buys to wipe her bum.

Other people on Reddit backed up this woman’s claims by saying that some toilet papers are created with binding glues that contain sugars in them. Ants like these tiny ones love sugar, so it makes sense that they would want to eat away the glue that holds the toilet paper together.

Some people suggested that the mom needs to keep her toilet paper in plastic bags to protect it from the ants. Other people had a bit more fun with the images, sharing hilarious reactions online.

“You use that, and you literally will have ants in your pants,” one woman laughed.

Another person had a more practical solution to the problem.

“Wipe all the surfaces over with tea tree oil. They hate it,” one woman said.

“You could clean the trail away with vinegar,” said a second.