Mom Discovered Her Two Adopted Children Were Siblings, So She Adopted One More in 2021

A single mother based in Colorado underwent a life-altering experience when she adopted two babies to complete her home. Much to her astonishment, the children she had welcomed into her life turned out to be siblings.

Katie Page was a divorced woman in her 30s, and after surviving a tumultuous marriage, she felt lonely and incomplete. She wanted to add more meaning to her life, so she began making small changes to her lifestyle, including switching jobs and buying a new home.

However, nothing she did made her feel any different until something unexpected happened. One day, she received an email from her local church, which changed her life forever. It was about an informational session on fostering kids and immediately caught her attention. 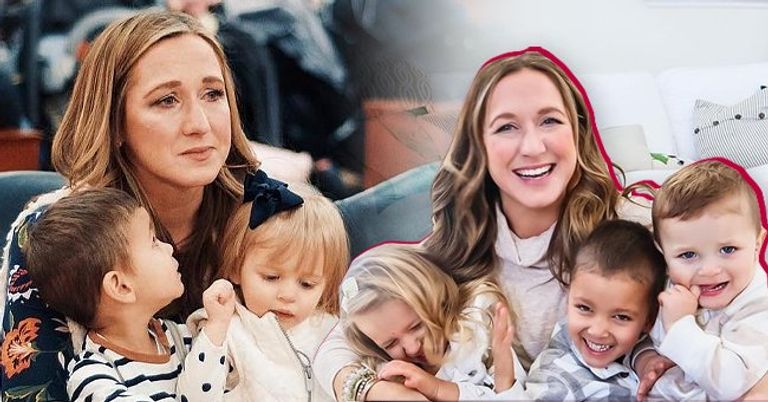 Katie, who lives in Castle Rock, Colorado, learned eye-opening details about foster homes when she attended the session. She somehow convinced her mother to accompany her to the meeting which changed her life for the best. She added:

“What I heard that evening about foster care gave me chills and scared me, but it also pulled at my heart in a way I couldn’t stop thinking about. “

After spending some time thinking things through, Katie applied to a foster home in 2015. She then began taking care of kids who had experienced a dark and troublesome childhood. Soon it dawned upon her that she was ready to adopt a child herself.

Soon afterward, she took in a four-day-old baby boy who had been abandoned at a hospital and didn’t have a name yet. Katie called him Grayson and took good care of him while the foster care staff searched for his biological family.

She then began fostering a third child and adopted him when he turned one year old, thus completing her family.

Katie officially adopted Grayson in 2017 when he turned 11 months old. She then received a call from the care workers, who asked her if she could take care of another four-day-old baby girl who had been abandoned at the same hospital.

She named the baby girl Hannah and could tell that she had odd similarities with Grayson. In spite of discouragement from her family and friends, she began searching for answers and eventually discovered that they shared the same birth mother. She told LoveWhatMatters:

“As I reviewed the bracelets on the baby girl, I saw the first name of her mother matched the name Grayson’s mother had given to the hospital.”

She then tracked down and met the baby girl’s mother, and her doubts were confirmed. It was an emotional moment of revelation for her, and she was moved to tears when she learned that her two bundles of joy were actually siblings.

Katie describes Grayson and Hannah as “partners in crime.” However, her journey as an affectionate single mom didn’t just stop there. When Hannah turned 13 months old, her biological mother gave birth to another baby boy. She told Good Morning America:

“When Jackson came along I just felt the best I could give him are his family and siblings that he identifies and feels connected to.”

She began fostering the third child in hopes that she would adopt him one day. She was over the moon when her wishes were realized and welcomed 1-year-old Jackson into her family on June 25, 2020. Katie’s role as a selfless, loving mom is worth appreciating.