“Don’t worry, honey. Everything will be fine. Momma is here,” Alicia whispered as she cradled her son Edduin in her arms. The boy had awoken in the middle of the night and refused to stop wailing.

After a while, Alicia had to move all of her files and laptop from the couch to the front table and sit on the couch with Edduin, singing him a lullaby. That didn’t seem to work for the first 10 minutes, but it did eventually, and Alicia breathed a sigh of relief.

She gently placed Edduin back in the crib in his room, kissed his forehead, and closed the door quietly so as not to wake him, and returned to work.

“How will I manage everything like this? I wish you were here, John! I miss you!” the woman thought as she proceeded to the kitchen to grab a cup of coffee.

Almost a year ago…

When doctors told Alicia Silvers and her husband John that they wouldn’t have children, they decided to travel around the world. Shows at the Sydney Opera House, tranquil beaches in Honolulu, tables and buffets in Las Vegas, and majestic fjords in Bergen.

They were going to schedule a trip to the Bahamas when Alicia discovered that she was pregnant. She and John were overjoyed and returned to their hometown Fayetteville, North Carolina, to celebrate the moment with close friends and neighbors.

Alicia and John were both orphans, and they were raised in foster care. Alicia was a stay-at-home wife, while John worked as the managing director of a firm that made parts for household electronics.

They had all they could have wanted in a happy marriage. They had a wonderful home in a lovely area, they enjoyed each other’s company, and now they had the delight of becoming parents. But sadly, this happiness didn’t last long, as Alicia’s world came crumbling down one fateful evening. 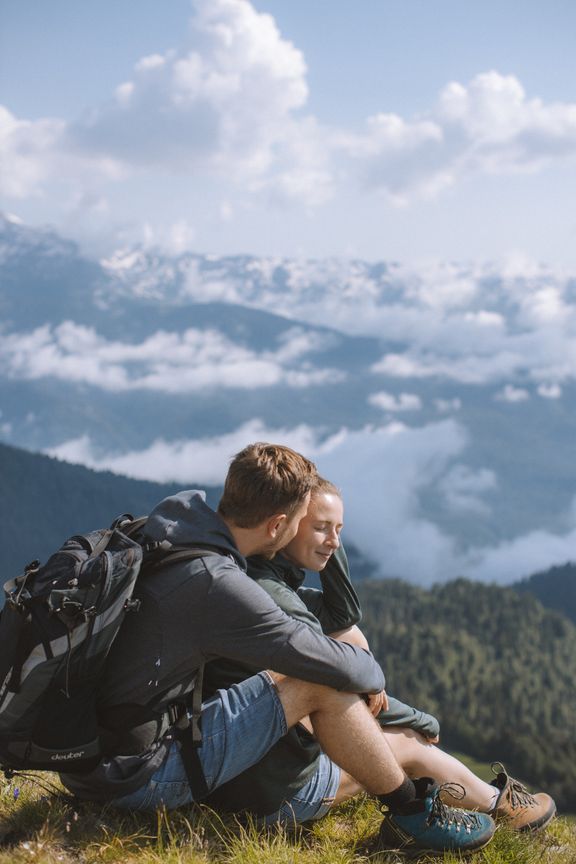 “Hello? Am I talking to Alicia Silvers?”

“This is Officer Duncan, ma’am. I’m sorry to inform you that your husband was killed in a terrible car accident on Farm Road Highway. We got your contact number from his phone. We’d appreciate it if you could come and confirm the body as soon as possible.”

Alicia couldn’t believe what she was hearing! That morning John had left telling her he was going out of town for a business meeting. She didn’t want him to leave and had told him she didn’t feel right about it. But he’d convinced her that she was overreacting and that everything would be fine.

Alicia was 7 months along with her pregnancy at the time. When John insisted on leaving for his meeting, she relented and kissed him goodbye. He’d promised to return soon, but when she heard the terrible news, she couldn’t bear the shock and went into labor. 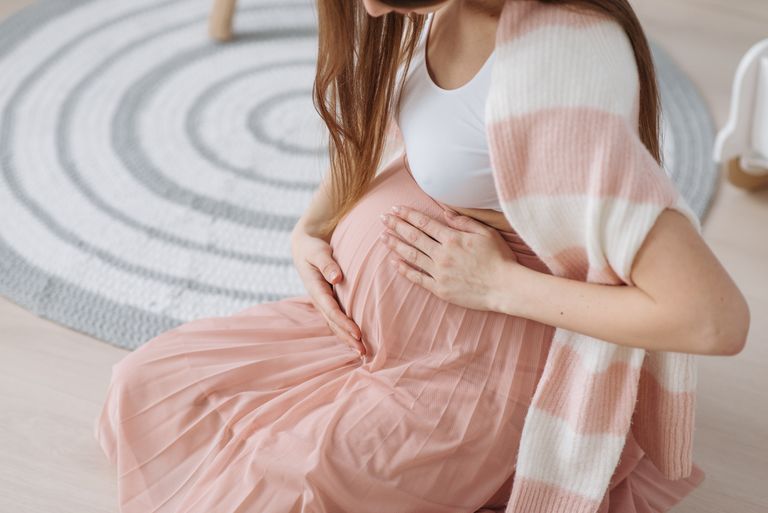 Thankfully, she quickly dialed her next-door neighbor, Mrs. Hall, who rushed to her house and called 911. Alicia was immediately rushed to the hospital, where she gave birth to a baby boy. However, due to his premature birth, he was admitted to the NICU for some time.

When Alicia and the baby were discharged from the hospital, she took over John’s business and began working to support her son. Understanding the company dynamics didn’t take her long because she had an MBA. Problems arose because Edduin was very small and constantly demanded his mother’s attention.

John’s secretary, Madison, was extremely helpful to her and understood her situation, so she suggested that Alicia work from home and assisted her in setting up her workspace so that Alicia could care for her baby.

Almost a year passed like that. Little did Alicia know she’d soon have another trouble knocking at her door. 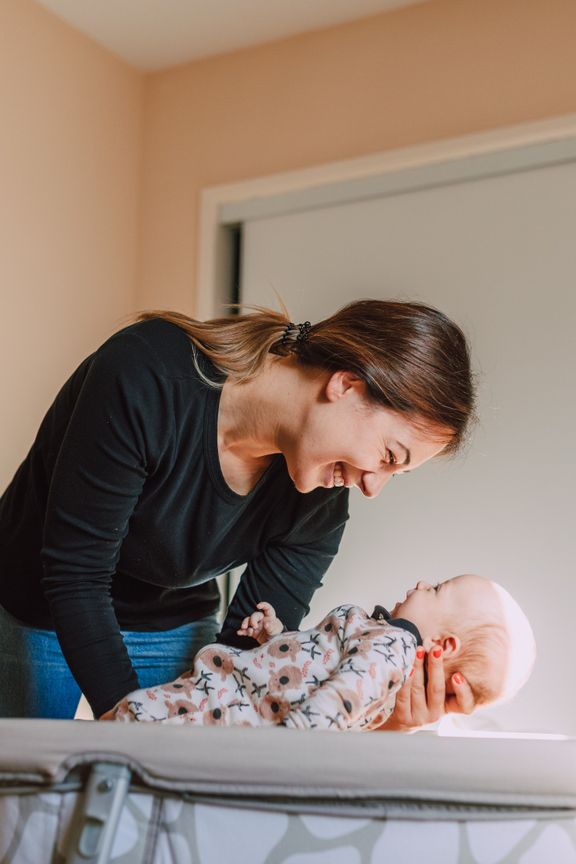 As Alicia made a cup of coffee and proceeded to the living room, she arranged all her files and decided to take a final look at the reports for the day. It was around 1 a.m. It took her half an hour to wrap up the work, and the woman retired on the couch due to tiredness.

Suddenly, she awoke at 8 o’clock in the morning due to Edduin’s crying sound. She jumped to her feet and dashed over to him, where she discovered him with tears streaming down his cheeks like a waterfall.

“What happened, honey? Are you hungry?” she asked as she started rocking him. This was the second time in a week that Alicia had noticed Edduin was restless and crying uncontrollably during his sleep.

She looked inside his crib to see if there was anything that was poking him, but she couldn’t find anything. Finally, she concluded that he might be fine after a while and decided to wait and see if the crying continued. 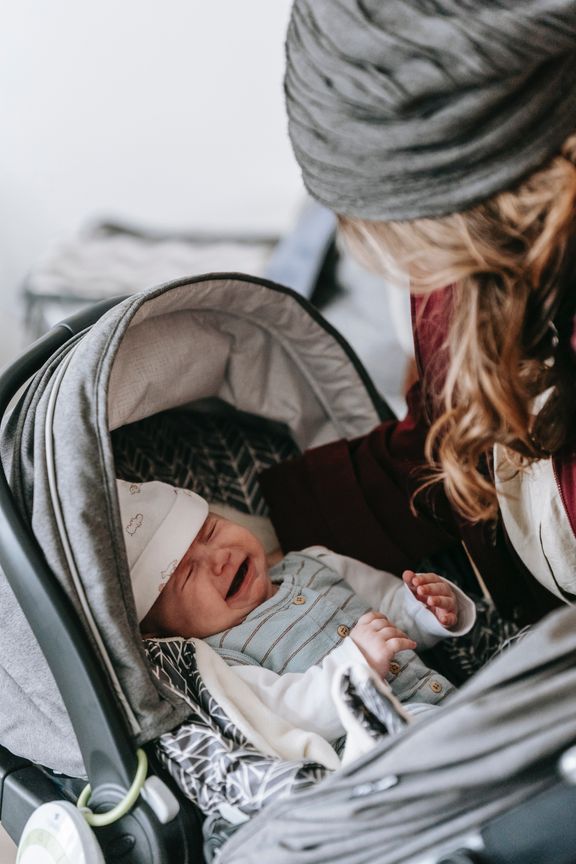 Thankfully, Edduin’s abrupt crying stopped after a week or so, much to her relief, but he appeared to be very tired every day. He kept yawning and touching his face whenever she held him in her arms or tried to play with him, and the toys he’d previously adored seemed uninteresting to him.

Worried, she contacted a doctor about it, but even that didn’t seem really fruitful.

“I’m worried because he seems really calm most of the time, doctor, but he also looks tired in the mornings. Why is that so?” asked Alicia, worried.

“Don’t worry, Mrs. Silvers. Babies seem to have a phase,” the doctor advised her. “Perhaps Edduin is going through the same.”

“But how long will it take for him to be fine? I’m really worried about him.”

“Don’t worry much, Mrs. Silvers. There is no such time frame, but everything will be fine. It varies from one baby to another.”

Thinking it was one of those phases, Alicia hoped Edduin would be fine soon. But even after a week, there was no relief, and Edduin just looked more tired with each passing day. 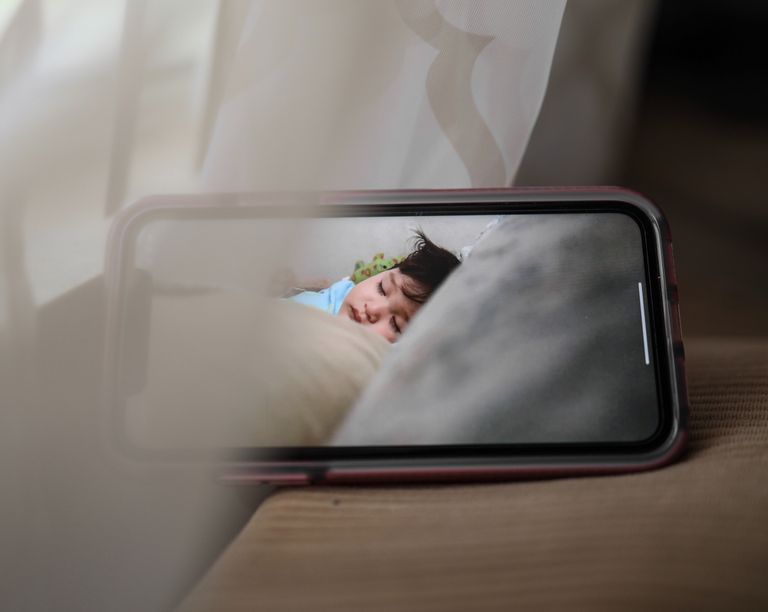 One afternoon, Alicia decided to check on him after putting him to sleep and heard a strange noise coming from his room. It seemed as if Edduin was giggling and there was someone in his room. At first, she thought it was just her suspicion because she burst open the door but didn’t find anyone inside.

Edduin was staring at her from his crib, and the room was strangely quiet. She looked in the bathroom, inside the cupboard, and under the bed, but no one was in the room.

Alicia returned to the living room, thinking it was work-related stress, but the activity continued the next day and the next. Every day, Edduin would jolt awake from his sound sleep, giggling or simply staring around the room.

Thinking something was off, Alicia installed a Wi-Fi baby monitor inside to keep a watch on Edduin and sat in the living room, watching the live feed.

She fixed her gaze on the screen, watching it intently, and everything appeared to be fine for the first few minutes. However, after about 10 minutes, she noticed a sudden movement in the room and Edduin’s lip tilting in a smile.

Fearing that someone had crept into Edduin’s room, Alicia dashed to his room and slammed the door open. Her hands trembled, and she shivered in terror as she realized her baby wasn’t alone in the room. 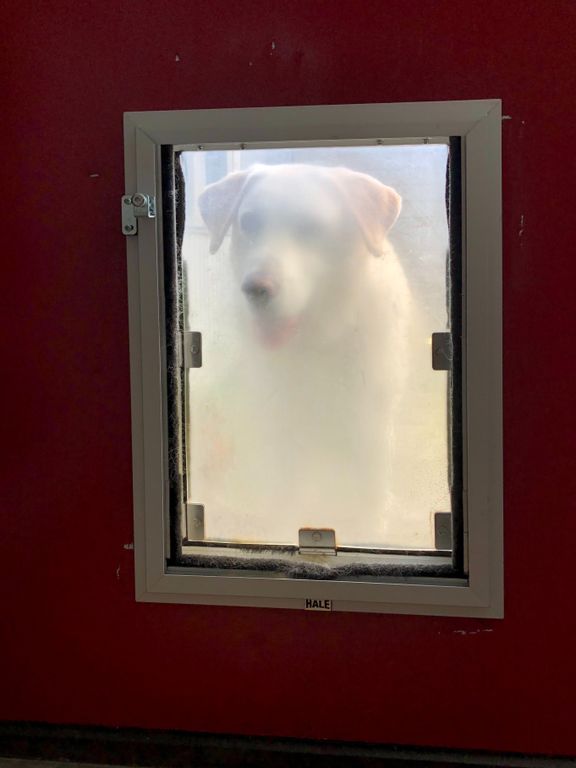 However, Alicia heaved a sigh of relief when she saw that the visitor was no one but a cute little dog circling Edduin’s crib. He appeared dirty and weak, and he made a low sound that was difficult to hear.

When Alicia opened Edduin’s door, the little dog hid behind Edduin’s crib. Edduin began to giggle, and that’s when Alica understood what had happened.

It turns out that Alicia and John had a pet dog named Doblo, and they’d forgotten to close the dog door in the back of the room after he died. That room used to be Doblo’s game room, but it was converted into a nursery for Edduin after he died.

Since a lot had happened after John had left for his heavenly abode and Edduin was born, Alicia completely forgot to close the dog door. And that’s how the little dog got into the room, playing with Edduin all the time and refusing to let him sleep.

Alicia felt terrible for the poor animal after seeing it in that state and decided to adopt it. Casper, as she named him, is now Edduin’s best friend. A huge thanks to little Casper, now Edduin doesn’t cry as much, sleeps well because Alicia makes sure the two don’t spend all of their time together, and is a much happier baby.

Becoming a parent is not an easy task. Alicia managing her work and looking after her baby simultaneously is an excellent example of how parents go above and beyond for their children.

Learn to be kind to animals. Alicia adopted the dog after seeing he was in a terrible state.