When Sarah received a call from a police officer telling her that her son was found living on the street, she was shocked because neither of her sons was missing. What she came to learn would change her life forever.

The day Sarah found out that her ex-boyfriend, Blake, was cheating on her was one of the worst days of her life. That same day, she discovered Blake’s mistress, Sabrina, was pregnant with his son. Sarah had been dreaming of a future with Blake, but now, everything had come crashing down in one fell swoop.

Where do I go from here? 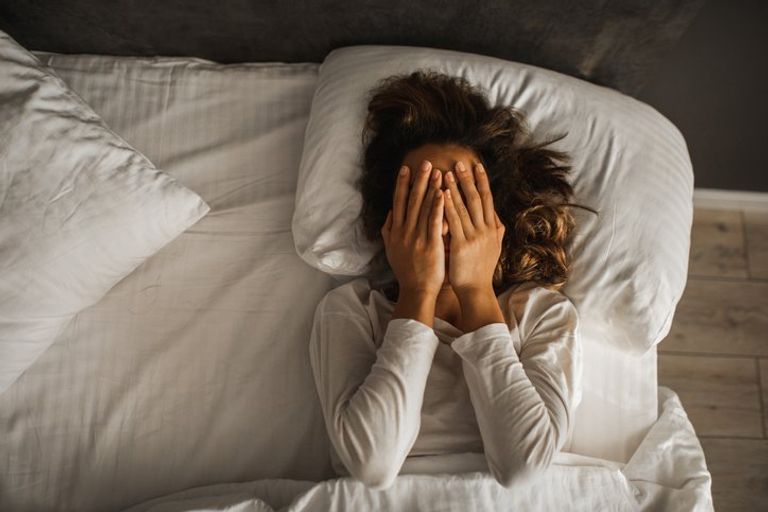 These questions plagued her mind. She had never been so heartbroken before and needed a major change.

“Blake, it’s over. And don’t bother calling or texting me because I’m leaving this city and going back home,” Sarah told Blake.

The city itself had also been quite cruel to her. Teaching in the inner city was difficult for a young teacher, especially without the respect of her peers. Sarah decided that returning to her hometown would improve her mental health.

“It’s the eyes, Arthur. I have to go and find out myself. Something is off here.”
She hadn’t been home in a few years but missed her town and old friends dearly. Sarah handed in the notice to her landlord, packed her things, and hopped in her dad’s old car for a road trip back to her hometown. Before leaving, she notified her parents of the decision.

“I always knew that Blake was nothing but trouble. Come on home, sweetheart. I’m sure there are plenty of teaching jobs around here,” Sarah’s mom, Rachel, told her. 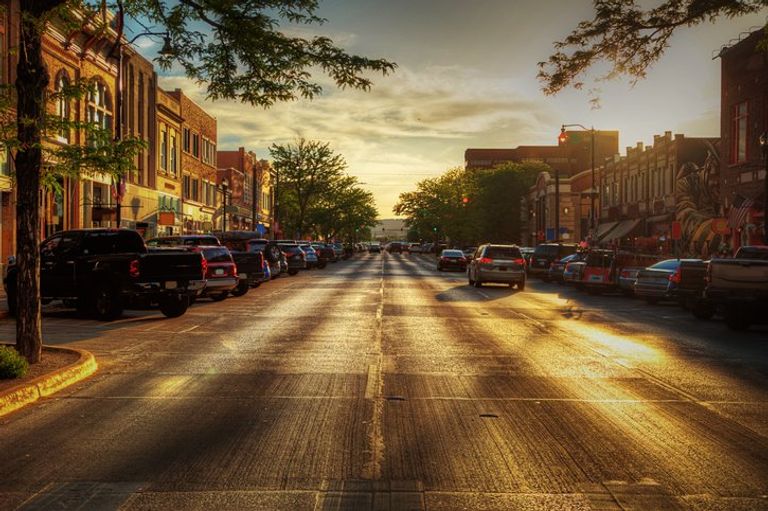 When Sarah arrived home, Rachel and her old high school friend, Alexa, welcomed her. Sarah and Alexa used to do everything together. Still, while Sarah always had big city dreams, Alexa decided to remain in town. The two had remained friends ever since.

“Welcome back, Sarah! If you thought you could surprise me by coming back, then you forgot how terrible your mom is with secrets,” Alexa said as she hugged Sarah.

“Welcome home, sweetheart. Now, we girls are gonna have one cardinal rule, okay? No talking about Blake. What’s done is done, and that’s that,” Rachel told Sarah as she held her hands.

Sarah felt a level of comfort that allowed her to forget her heartbreak. She felt a weight had been lifted and that there was a path forward.

“I found out what happened, so if you’re moving back for good, I know a great school. I teach maths and science there, and they’re looking for a new English teacher. It’s just a couple minutes outside town, and you can move in with me while you get back on your feet,” Alexa offered.

While Sarah was usually very calculated and would take time to make decisions, this time was different.

“Okay, awesome! John and I have already got a room ready for you,” Alexa replied.

Sarah realized how drastically her life had changed in a few days. The previous week, she was in the city, imagining what her and Blake’s wedding would be like, but now she was moving in with Alexa and her husband. She had to rebuild her future from scratch, which was both scary and exciting.

“Maybe the boys took the best of both worlds and made something completely new.”

Alexa and John decided to throw Sarah a party to celebrate her return. Alexa felt it would be an excellent opportunity for Sarah to reacquaint herself with old friends around town. It had been a few years since she’d seen them all. There, Sarah reunited with old high school friends and met some new faces, including Arthur.

“You must be quite the celebrity to have all these people coming to see you….” Arthur said to Sarah.

“You caught me. I’m the one and only Madonna,” Sarah bantered back.

Arthur chuckled before replying, “Nice to meet you, Madonna. You actually look a lot different in person. People say the same about me. By the way, I’m Elvis. Elvis Presley.”

The two joked back and forth all night and quickly fell in love with each other. Although Sarah wasn’t looking for a rebound fling, she felt a connection to Arthur that she couldn’t explain. She decided to follow her heart, the same way she did when she decided to return home in the first place.

They started dating soon after the party. Sarah was completely honest with Arthur about her history with Blake and why she moved back home. Arthur was more than supportive and understanding, as he had also suffered heartbreak.

A week after moving in with Alexa, the local school accepted Sarah’s job application, and she started working immediately. She felt more respected and loved at her new job than at her inner-city job.

Much to her dismay, she discovered that she was pregnant three weeks later. She needed to tell the school principal first, fearing she would lose her job. 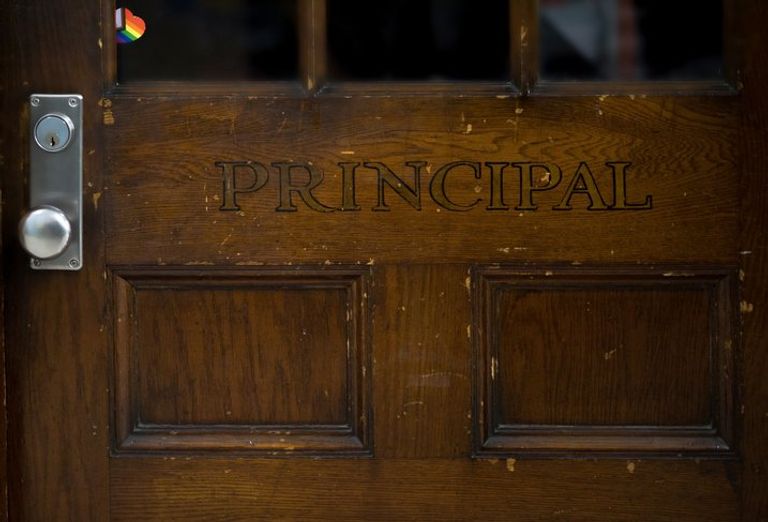 “Oh, please. We’re not gonna fire you. You’re not the first teacher to get pregnant, you know?” the school principal told her.

Relieved, Sarah was still worried about how Arthur would feel about her pregnancy. After all, they had just started dating, and everything was already moving quickly. When she got home, Sarah was nervous but decided it would be better to blurt it out.

In the kitchen, with her eyes shut tightly, Sarah said, “Arthur, I’m pregnant. I did 3 tests this morning, and they said I’m pregnant. I know we only just started dating, but it happened. I would understand if you don’t want to continue dating or whatever, but you deserve to know.”

When Sarah finally took a breath and opened her eyes, Arthur was on one knee, holding out a ring.

“I know all about crazy. I know a lot about moving fast. Baby or no baby, I was always going to propose. So, Madonna… I’m asking you to make Elvis the happiest man alive. Will you marry me?” Arthur proposed. 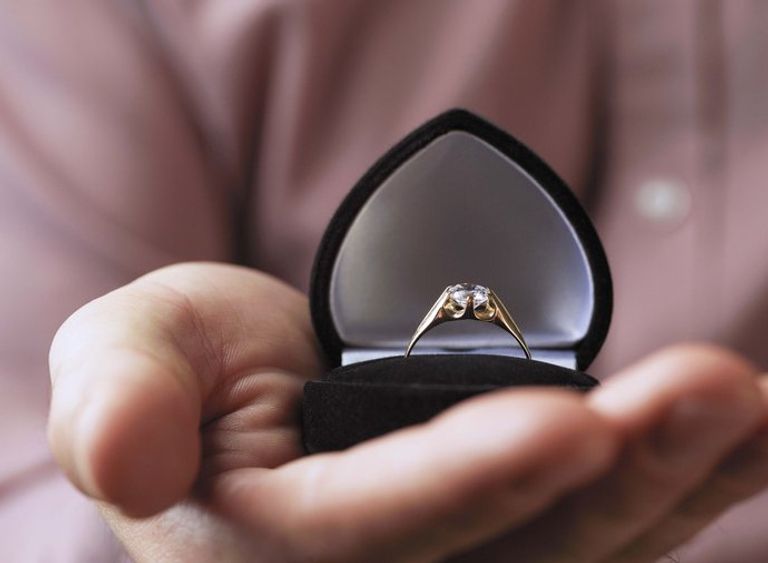 Sarah was stunned, caught in a whirlwind of emotions. For someone who had previously planned every detail of her life ahead of time, things had been accelerating faster than she could ever have imagined. Still, she couldn’t help her feelings for Arthur.

“So you’re trying to make me Madonna Presley? Yes, of course, I’ll marry you,” Sarah responded.

She felt reassured by Arthur and trusted him more than she had ever trusted Blake.

“Maybe the boys took the best of both worlds and made something completely new,” Arthur said.

As time passed, rumors began to circulate about the twins, as they started to look less and less like their parents. One day, Sarah was out for dinner with Arthur and the boys when she received a phone call from the local police.

“Hi, Sarah. I found one of your boys out on the street, caught in the rain. I’m not sure what happened, but he’s safe here at the station, so you can come and pick him up,” the police officer said.

Confused, Sarah replied, “That’s a funny joke, but I can assure you that both of my boys are safe. I’m here with them now, having dinner.”

“That’s crazy. Look, I’m going to send you a picture because there’s a boy here who is a dead ringer for Kieran or Billy,” the police officer responded.

“That’s why that boy looks so much like our boys…”
When Sarah received the picture, a cold chill ran down her spine. The boy in the photo was neither Kieran nor Billy but looked eerily like them. Sarah had to go to the station to see it with her own eyes.

“Are you sure about this, Sarah? Maybe he’s just a doppelganger, or whatever the third lookalike version of that is,” Arthur said.

“It’s the eyes, Arthur. I have to go and find out myself. Something is off here,” Sarah responded.

She and Arthur dropped their boys off at their neighbor’s house while they went to the station. When Sarah saw the boy, she froze. He could’ve been Kieran and Billy’s triplet, but Sarah knew she’d only delivered two babies. The boy’s name happened to be Andrew.

“Mr officer, sir. This lady isn’t my mom. My dad brought me to this place two days ago. My dad told me to wait at the train station, but he never returned. I’ve been waiting around the bridge to see if he would come back. My dad and my mom have been fighting for a while. Maybe that’s why. I don’t know,” Andrew said.

Sarah and Arthur agreed to look after the boy for the night while the police looked for his family. The next day, the police officer called Sarah back and told her that he had everything figured out.

The police officer continued, “Turns out Blake and Sabrina both didn’t want kids but agreed to raise Andrew. Still, they argued about keeping him because they didn’t want him in the first place. They knew that both had enough money to care for him, so nobody would let them give up their parental rights, so they couldn’t just put him up for adoption. So these two geniuses decide to abandon the kid out here. I’m not sure why they chose this town, but here we are.”

Sarah was shocked to hear this harrowing story, but she still needed to solve one mystery. She bought a few DNA tests and confirmed a suspicion that she had had since she saw Andrew’s picture for the first time. It was a suspicion that Sarah wanted to ignore. She decided that she needed to tell Arthur the truth immediately.

“I don’t know how to tell you this, Arthur. I’m so sorry that we both had to find out this way. Kieran and Billy are not your biological sons. They are actually my ex, Blake’s. That explains why I got pregnant so quickly after I first arrived and we got together. That’s why that boy Andrew looks so much like Kieran and Billy. They all look like Blake. I’m not exactly sure how to deal with this, but once again, you deserve the truth,” Sarah said.

Arthur was clearly stunned by the news. He absorbed the information for a while and took a sip of water before replying, “I guess it would be a lie to say that I didn’t sometimes wonder why the boys didn’t look much like me. At the end of the day, I’m here for you, Sarah. I love you. I’m here for our boys, Kieran and Billy. I love them the same. As for Andrew, that boy deserves a loving home. And he is a brother to our boys. So I won’t abandon him either. I may be your Elvis… But this house isn’t a heartbreak hotel.”

“Only you could find a way to make jokes about something so serious. I love you so much, Arthur,” Sarah said before kissing Arthur.

Follow your heart. Sarah made drastic choices after her break-up with Blake, but because she was following her heart and trusting her gut, things worked out for the best.
Everyone should accept their responsibilities. Blake and Sabrina had a child but ended up neglecting and abandoning Andrew. If it weren’t for Sarah and Arthur, Andrew would’ve spent his childhood alone in the world.