The idea of teaching children how to do household chores isn’t new. In fact, many parents around the world have long been teaching their kids how to get things done at home or run errands at an early age. Of course, each parent has his/her own way of teaching kids their kids how to be responsible. But one parent has finally said it: It’s important to teach your children to do household work … and it’s all for the right reasons.

In 2016, Michigan-based content creator and a mom of three named Nikkole Ledda took to social media to share a photo of her then-six-year-old son doing dishes.

Ledda explained that contrary to what other people think, doing household work isn’t just a woman’s job. But more than anything else, it’s not just about giving him a task to alleviate the burden of doing everything at home but about teaching him an important lesson.

“I teach my son to cook & do household chores. Why? Because household work isn’t just for women,” she began.

Ledda further said that teaching her son how to do household work will help him in the long run, saying her son will benefit from it whether he chooses to get married or not. 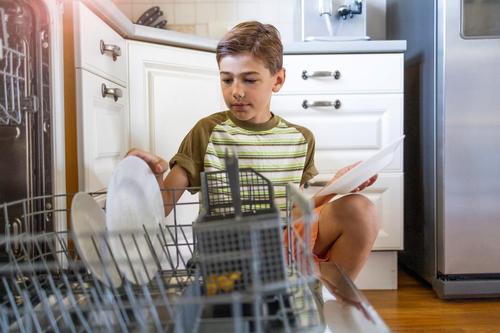 Ledda also pointed out that schools no longer teach kids nowadays how to do household chores, so she believes it’s her responsibility to do so.

“Because I live in a generation of people who complain that school didn’t teach us how to cook, do laundry, tie a tie, or pay taxes. Because teaching my son how to do these things and be a productive member of society both outside the home and inside, starts with ME,” she said.

While some people might disagree with her decision, Ledda said teaching her kid how to do dishes at an early age wasn’t a way to take his childhood away from him.

“Because it’s okay to let your child be a child but still teach them lifelong lessons along the way,” she said.

She went on to say that teaching her son how to do household chores won’t make him less of a man.

“My son will never be too “manly” to cook or do chores. He will be the kind of man who can come inside from changing a tire to check on his pot roast. Who can properly sort his laundry and mow the lawn too? Remember parents, a man who believes he shouldn’t have to cook or do chores was once a boy who was never taught any better,” she said.

Ledda also shared a photo of her son playing video games in the comments, reminding her followers that it’s always important to reward kids after a tiring task. “He relaxes after his chores with some video games,” she wrote. 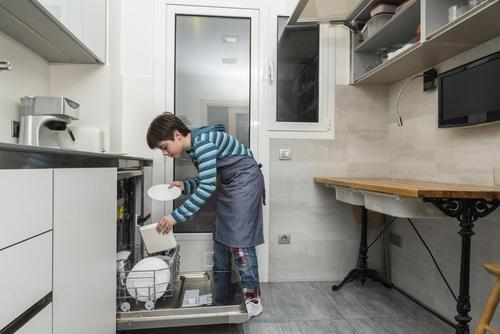 Do you agree with the mom’s decision to teach her son how to do household chores at an early age? Let us know your thoughts, and pass this on to anyone who might be interested to read this story!