There isn’t anything we wouldn’t do to put a smile on the face of our children.

Sometimes, of course, it’s the simple things that go the furthest towards making them happy. Children often don’t need the latest toy, nor expensive trips to Disney World or a wardrobe full of flashy new clothes.

No, if there’s one thing my time as a parent has taught me, it’s that children are just fine so long as they receive the love and attention they’re deserved of from their mother and father.

When Halloween was approaching a few years back, one mom, Tiffany Breen, knew that she wanted to make the occasion extra special for her 3-year-old daughter, Roslyn. 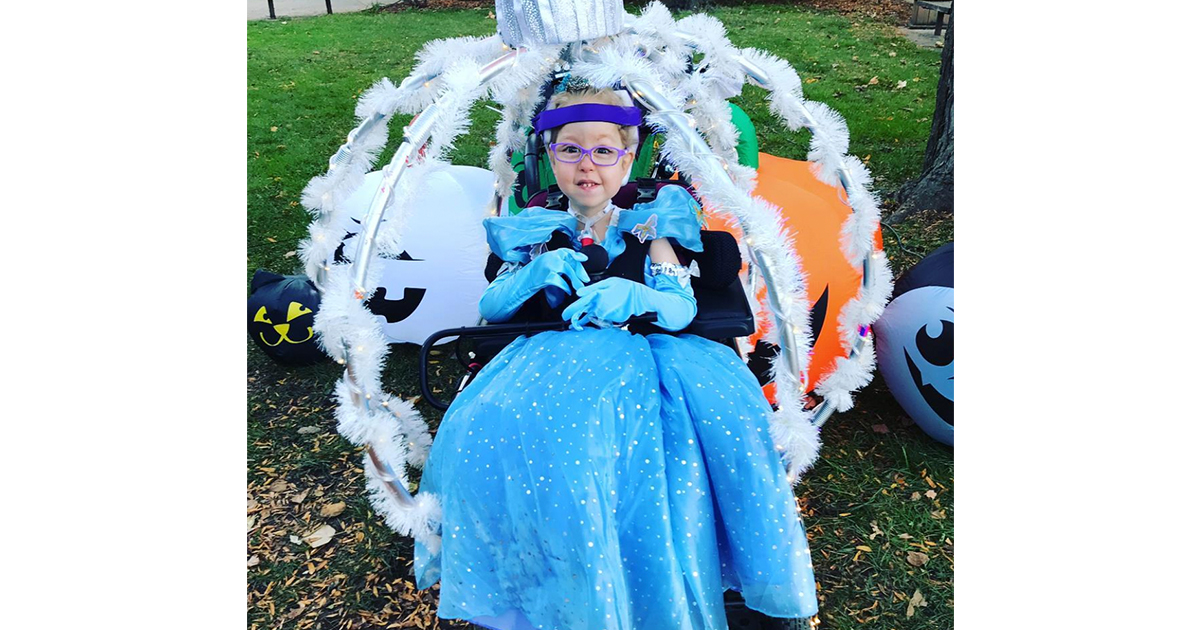 Little Roslyn was born with a muscular condition that has left doctors stumped – one that sees her wheelchair bound.

As per reports, Tiffany explained: “Roslyn is officially undiagnosed at this point — we have exhausted science.

“She falls under an umbrella description called arthrogryposis, which means joint contractures and poor muscle tone.”

Despite facing obvious challenges in life, Roslyn is just like any other child. She likes to laugh and have fun, and looks forward to the holidays. With Halloween coming up, Tiffany didn’t want her daughter to feel left out in any way, and so devised the cleverest of costumes for her to wear.

“Roz is forever my little princess,” Tiffany explained. “And she loves Disney, so we knew Cinderella was something she’d really want.”

Wanting to create a costume that would work well with her daughter’s wheelchair, Tiffany put her thinking cap on and eventually came up with the idea of turning the wheelchair itself into a beautiful carriage.

“I just grabbed tinsel and ribbon, and we bought some lights that operated on a battery, hula hoops, and zip ties,” Tiffany said.

Roslyn was blow away by the surprise when she saw it. “And it glows!” she cried.

The costume was rounded off perfectly by Roslyn donning the most beautiful Cinderella dress and a pair of glass slippers.

“I wanted her to draw attention in a positive way,” mom Tiffany said. “Sometimes, we get a lot of stares for different reasons.”

When Roslyn and her family hit the local zoo for a Halloween celebration, plenty of people stared, but this time there wasn’t any negativity to be found in their looks. Instead, they cheered for Roslyn as she went past, and some of them even asked for photos.

Watch more on Roslyn’s Halloween surprise in the video below:

Stories like this just leave me with such a warm feeling in the pit of my stomach. I’m so happy Rosalyn got to feel like a princess for the evening!

What do you think? Leave us your thoughts in the comments box. Meanwhile, share this article on Facebook if you want to praise Tiffany’s creativity.