My neighbors cautioned me not to visit the old, crumbling house in our neighborhood because the lady who lives there hadn’t let anyone in for 50 years. But one day, my son ventured to her doorway, and I had no choice but to step inside…

“Ting!” beeped the oven as I finished arranging a new batch of cookies on a tray. The lovely aroma of the apple pie lingered as I removed it from the oven and placed the tray of cookies inside for baking.

“It looks fantastic!” I gave myself a little compliment because the apple pie I made certainly lived up to my expectations. 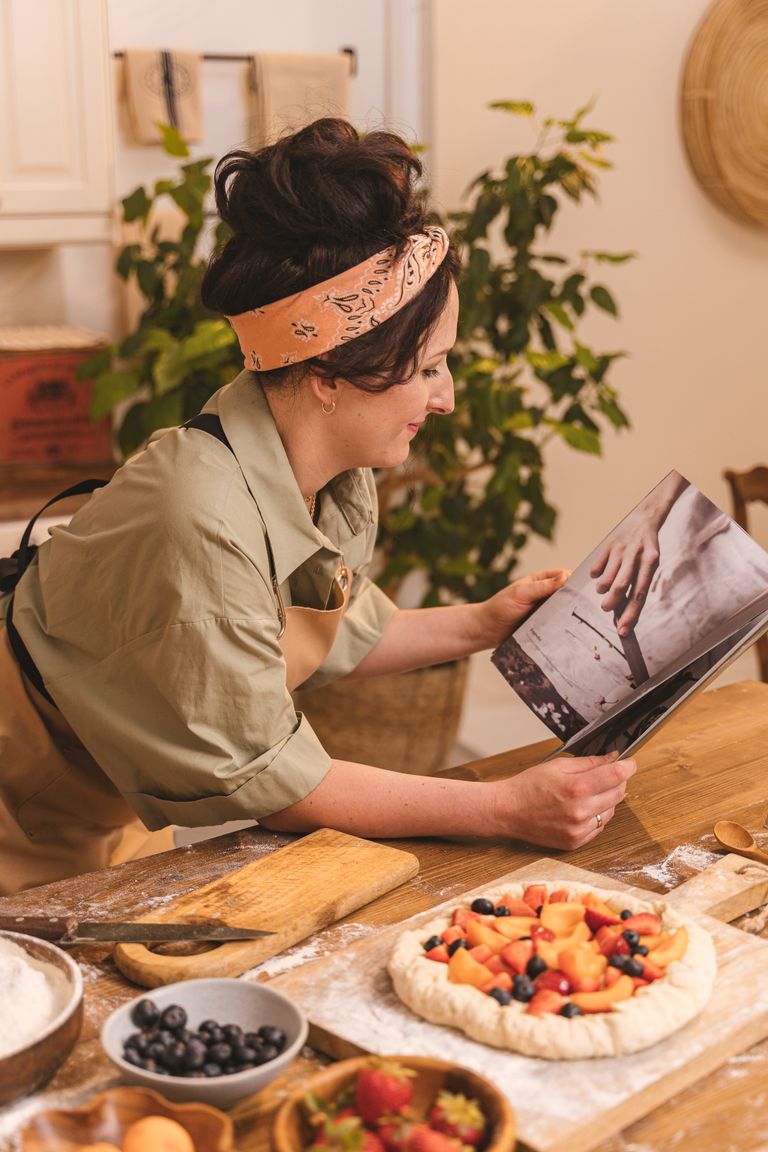 Honestly, I am a terrible cook. That’s how I’ve always been. I can even ruin the most basic tuna sandwich and leave you shocked. Sorry. Being a homemaker is one thing I have dreaded all my life.

By the way, you can call me Glenda. I am a single mother to a naughty but the most adorable 10-year-old boy, Mark, and we had just moved to a new neighborhood, which is why I was baking the pie.

After my husband’s demise, things hadn’t been easy for Mark and me. I had to look for a new job and relocate so I could provide for my son. I had been so caught up working and settling into the house that I didn’t even have the time to meet my neighbors.

Since it was the weekend, I figured I’d bake something and go see them. So after the pie and cookies were done, I packed them and stopped right outside my next-door neighbor’s house. 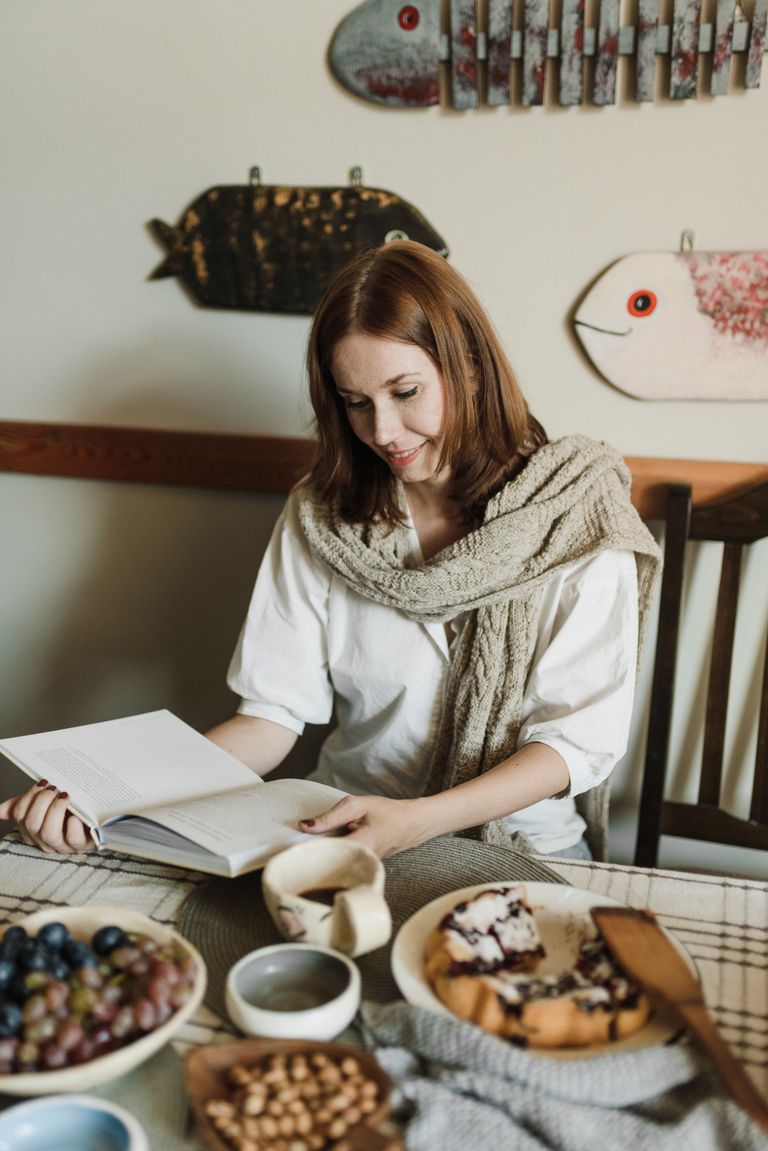 Caroline was very sweet to me during that first meeting. She thanked me for the pie and offered me tea. Since I was in a hurry, I told her I’d make time for it sometime later.

“I would love to have you over, and Mark can play with my twin daughters. They’re a year older, but they are very friendly,” she said, and I smiled.

“I’ll do my best to make time. I’m going to drop by that old house next,” I told her. “I’m curious why it’s in such a bad state. Who lives there, by the way?” I asked, and I noticed a strange fear creep into Caroline’s eyes.

“Maybe she doesn’t like people,” I thought. I was sure I would never set foot there again. But everything changed one day…

“That woman is a witch! Stay away from her! Don’t you know why nobody visits her?”

I was confused. “What do you mean?” 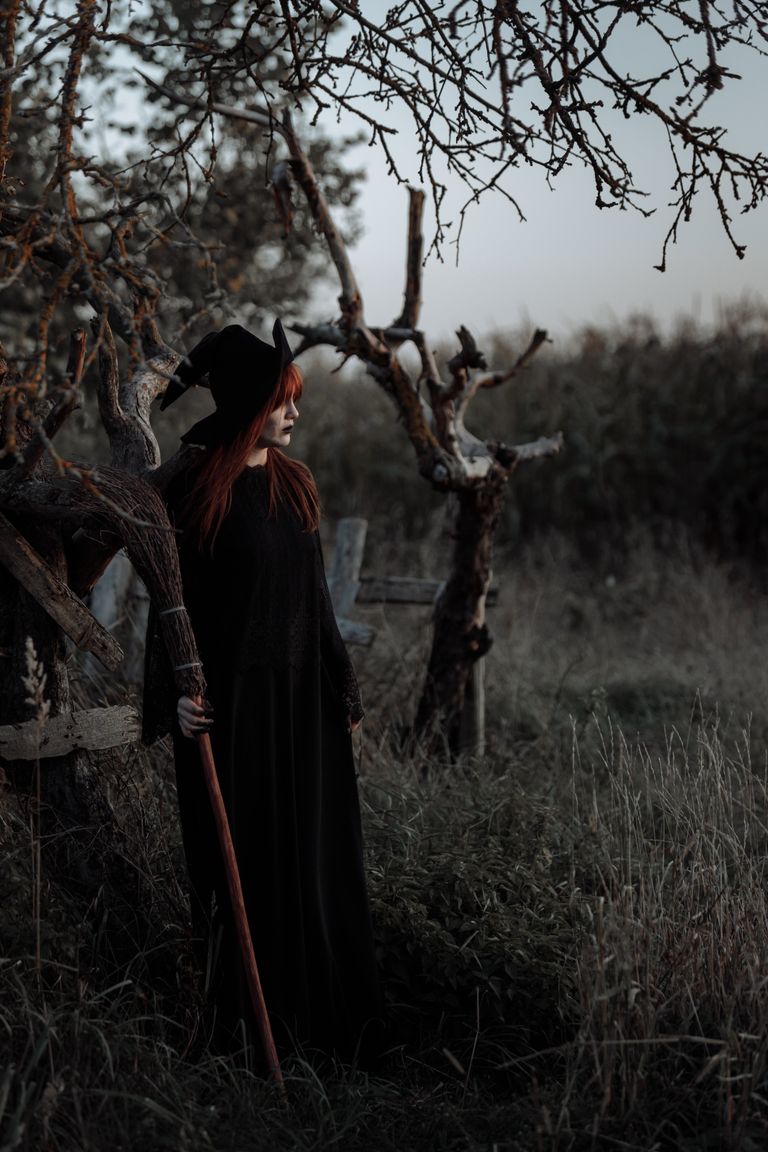 “She hasn’t allowed anyone in her house in 50 years! That is a long time! People think she’s insane. Some even say she’s a recluse or something. Just don’t go there!”

Though Caroline warned me not to visit that house, I did. I knocked on the door and called out to the old lady who lived there. Caroline had told me her name.

“Mrs. Reid? Are you home? I baked a pie and wanted to meet you. I’m your new neighbor, Glenda!”

Soon, I heard the faint sound of footsteps approaching the door, and I thought Caroline was wrong. Mrs. Reid was going to let me in. But she didn’t, and the sound of the footsteps eventually ceased.

I called out again. “Mrs. Reid? Are you okay? Should I visit some other time?” 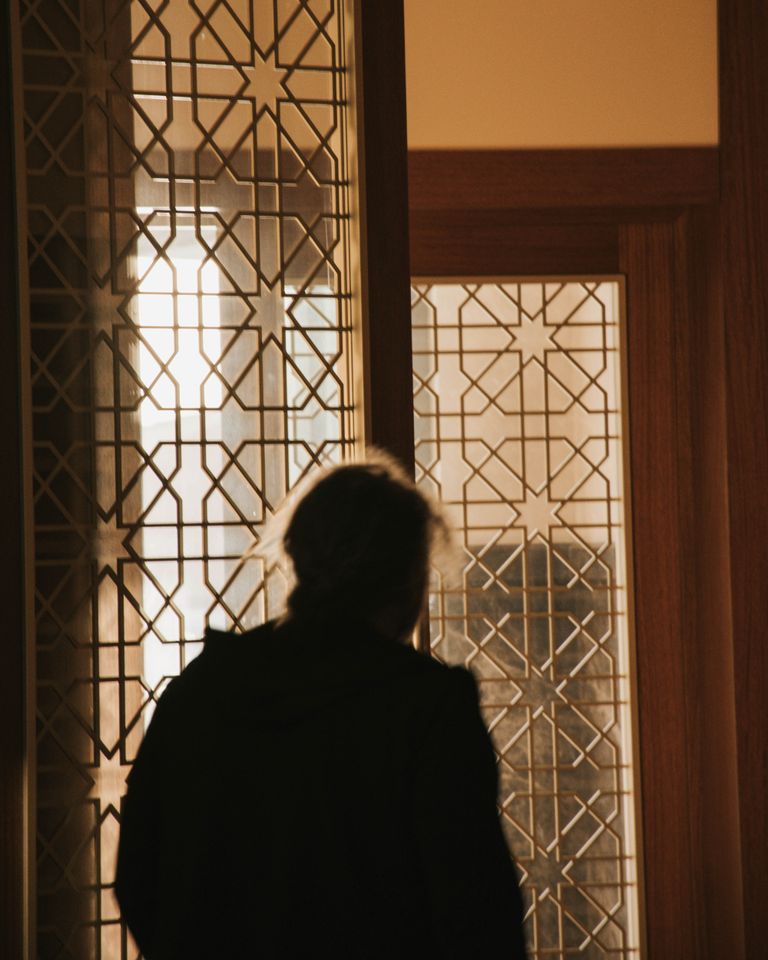 There were no replies. Dejected, I left.

After that day, some ladies in my neighborhood strongly cautioned me not to go there.

“Don’t you care about your son? She is a witch!”

“Some told me she killed her husband and daughter. Who knows, she may try to harm one of us next?”

Though everyone seemed terrified of the old lady, my heart told me there was more to her story. I’m not someone who believes in witches and dark magic, so I returned to her house a few days later. But once again, she refused to let me in.

“Maybe she doesn’t like people,” I eventually concluded and gave up. I was sure I would never set foot there again. But everything changed one day… 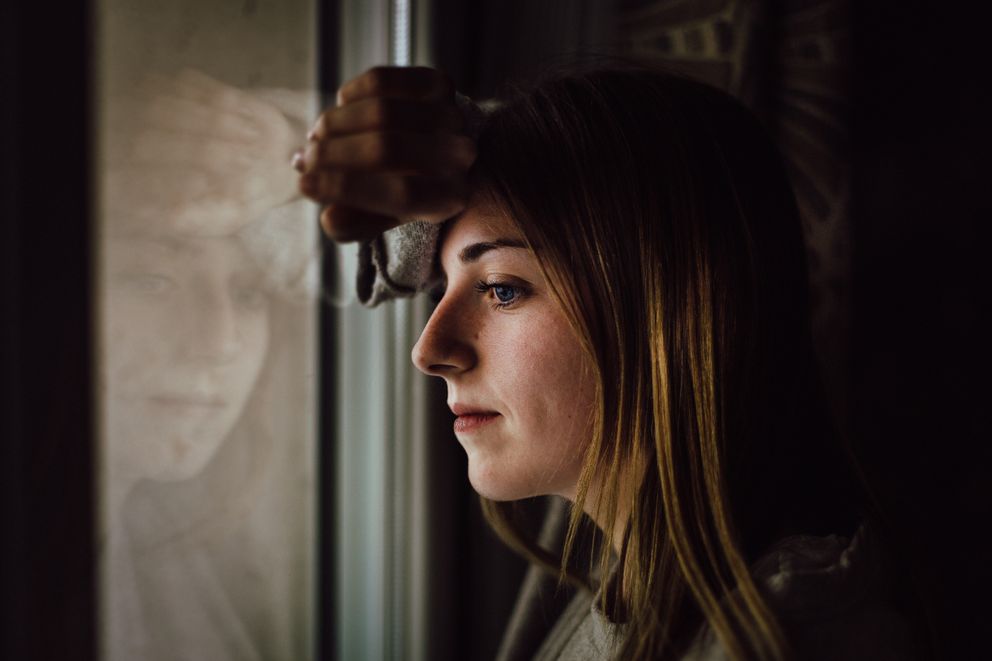 That day, my son accidentally smashed Mrs. Reid’s window pane with his ball, and for the first time, I caught a glimpse of her house through the break in the glass. It was nothing like we had imagined.

It was not terrifying. Instead, it was lovely. It appeared to be a miniature collection of historical antiques. I could see the exquisite 70s artifacts nicely displayed on a shelf and the Victorian-style walls inside.

My son had dashed to her house to ring the doorbell, and I went after him. To our surprise and shock, the woman opened the door for us.

“You throw that ball in here again, and you can only dream of getting it back!” she grumbled, handing it to Mark.

She was not scary or anything even close to a witch. She was a lovely, short lady, probably in her late 80s, dressed in purple overalls and a white T-shirt, with a straw hat and glasses. 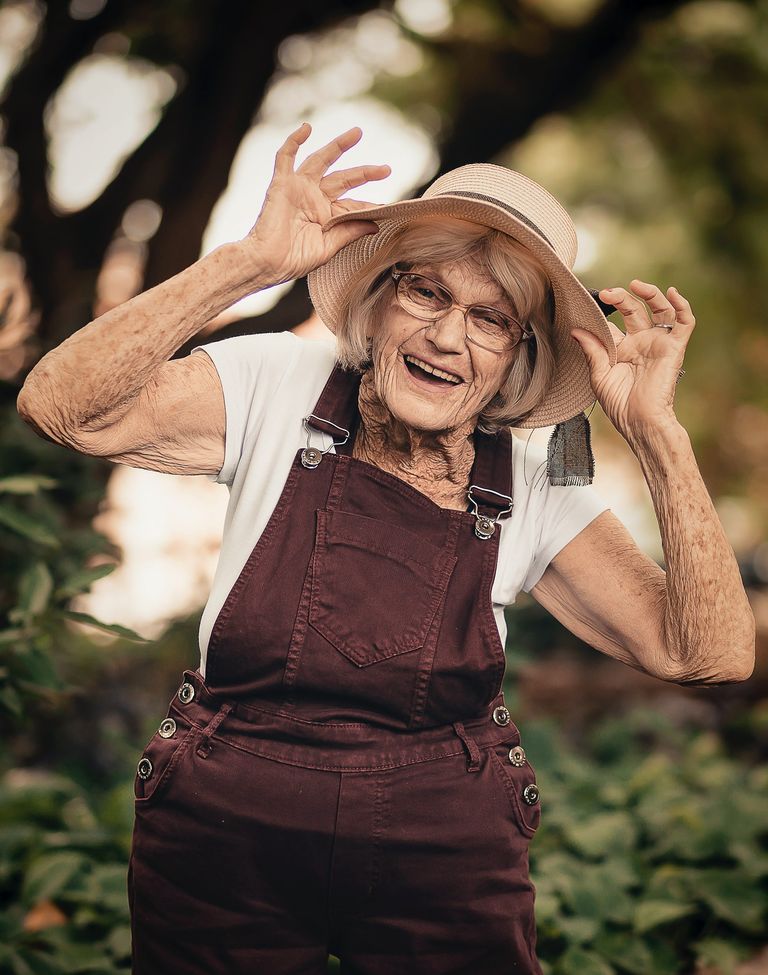 “I’m sorry about what Mark did. I’ll get your window fixed,” I said apologetically. “I notice you have a lovely home,” I added, peering into her living room. It was spick and span, and the woman looked pleased that I complimented her.

“Are you Glenda? The one who kept bugging me with the pie?” she asked, her tone stiff. I could see she was trying to control her smile.

“Come on in if you still have the pie. I’ll make some tea,” she offered.

Happily, I got the cookies for Mrs. Reid, and we had them with the raspberry tea she made. She also made some hot chocolate for Mark. Then she began to explain why she never let anyone inside, and I was left in tears. 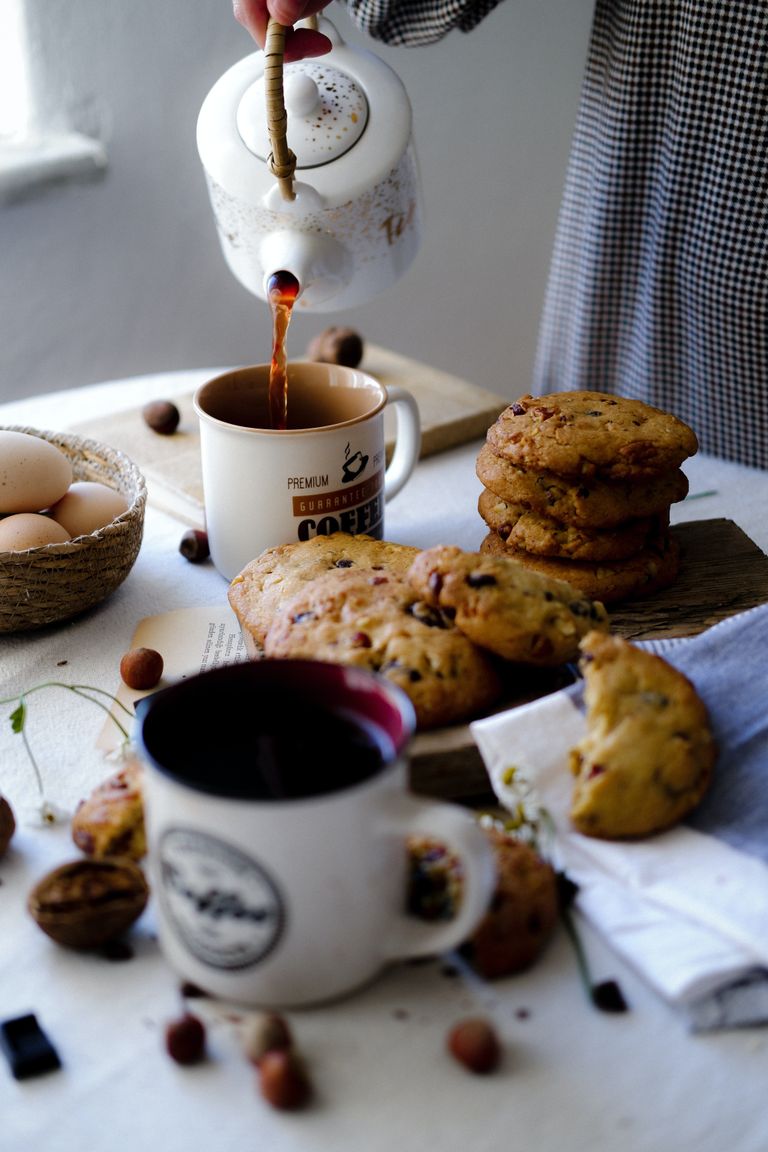 “My daughter and husband passed away 50 years ago, and I’ve been alone ever since,” she said. “I still believe they’re around me…in this house. I don’t want people coming in and talking trash about them.

“They’ll stick to their beliefs, saying my daughter and spouse are no longer around! Nonsense! Talking like that would drive away their spirits, so I’d rather be alone!” she said, and I sighed.

I didn’t believe in spirits either, but how do I persuade Mrs. Reid? Because of her belief, she had cut herself off from everyone. Luckily, I thought of an idea soon after…

Mrs. Reid told me she hadn’t contacted any relatives since she lost her family. She had shown me some family albums, so I knew how her relatives looked and their names. I found them on Facebook, and I arranged a video call for her.

“Oh, how did you do this, darling?” she asked in tears. She was surprised that you could do that. Well, living a secluded life within four walls does that to you. 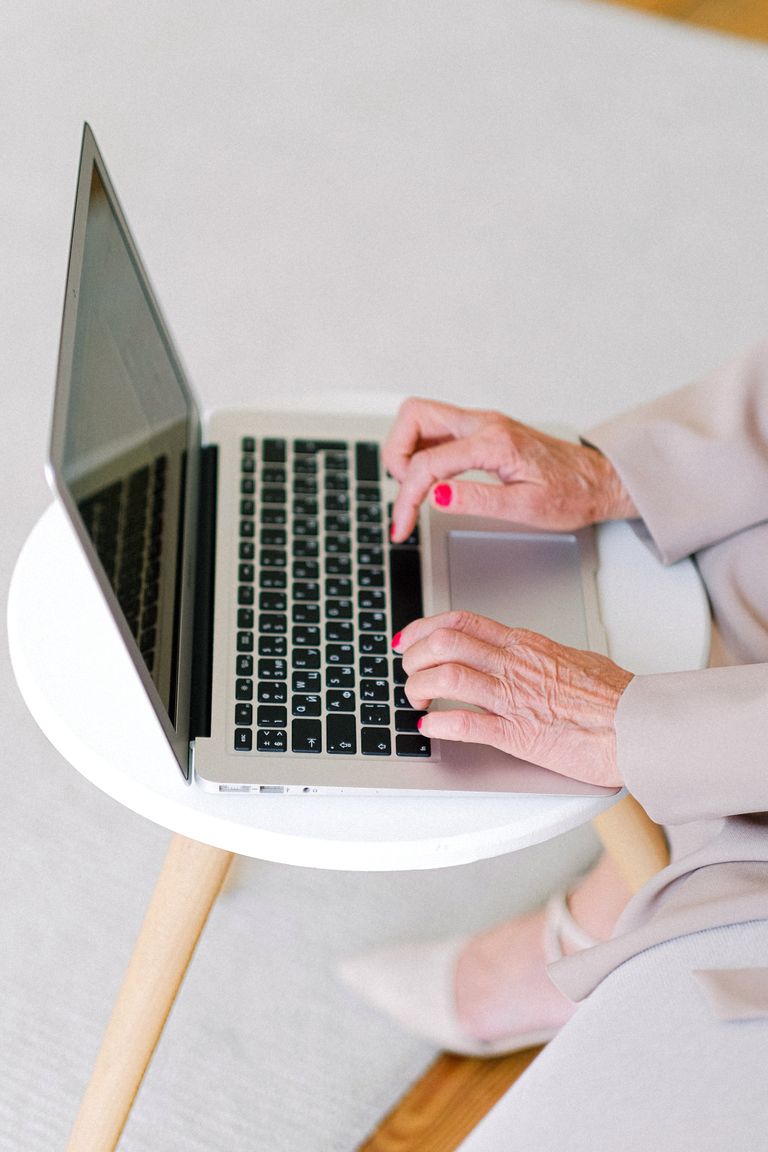 “The Internet can connect us with our loved ones, Mrs. Reid,” I said with a smile. “That’s how we stay in touch with those who are far from us. Similarly, your daughter and husband are always with you in your heart though they are far away in the skies. Their memories won’t fade just because someone comes to your house, and there are no such things as spirits…”

And that was all it took to break Mrs. Reid free from her bubble. She now interacts with everyone in our neighborhood, scolds the kids who smashed her window panes, and boasts about the beautiful house that she had preserved for so many years. We also helped her get the exterior of her house fixed.

Stop relying on what others say. If only Glenda had continued listening to her neighbors, Mrs. Reid would have never stepped out of the bubble she was living in. She did the right thing by listening to her heart and approaching Mrs. Reid.
With a bit of love and help, anything can be achieved. Thanks to Glenda’s help, Mrs. Reid was able to let go of her grief and heal. Otherwise, she would have spent her entire life alone.