No One Wants to Adopt Orphan Boy except His Mom’s Best Friend, Bio Dad Shows up 13 Years Later — Story of the Day

An orphaned boy shunned by everyone finds a loving home after being adopted by the best friend of his late mother. However, 13 years later, his world is turned upside down when his biological father appears to separate him from the family that gave him love.

“My little boy…he’s too innocent for this cruel world, Carol. You must be there for him when I’m gone. He needs you…”

Carol’s thoughts returned to those words as she held little Mike’s hand while his mother was buried under the fresh mound of earth.

Jessica was diagnosed with cancer three months ago. Stage 4, the doctors had said. Carol had never imagined that the dark bags under Jessica’s eyes and her constant complaint of weakness were signs of a terminal illness.

The terrible news crushed Carol from within. Not only because Jessica was her best friend but because Jessica had a 7-year-old son, Mike, for whom his mother was everything… 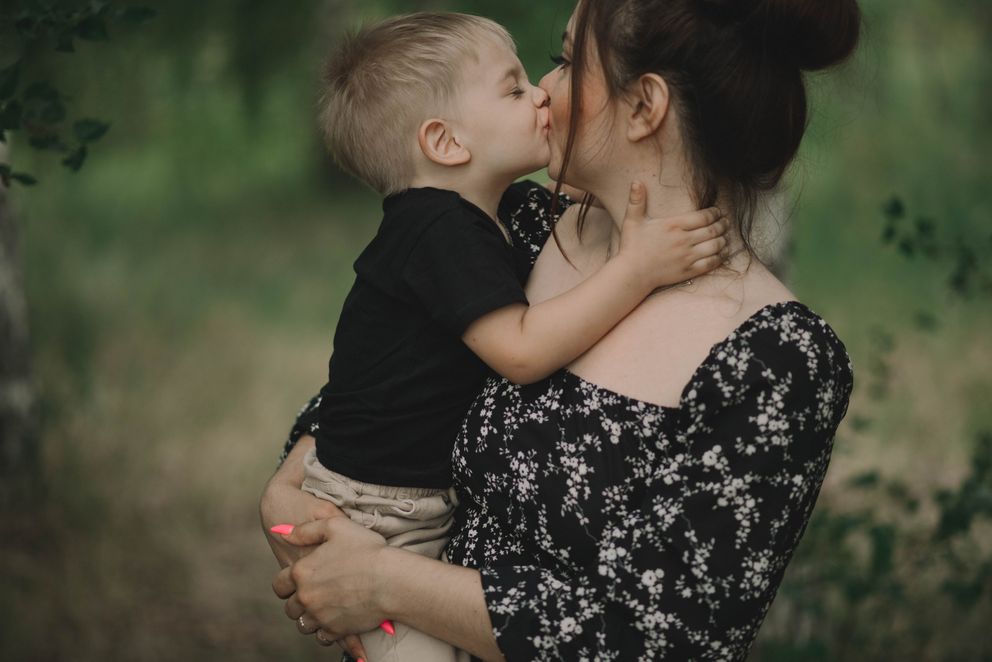 Carol and Jessica were best friends and single mothers who supported each other. Before leaving for her heavenly abode, Jessica had asked for a promise from Carol: to look after her little son.

Jessica knew Mike would be an ‘orphan’ after her death because his father had abandoned them long ago. He didn’t care if Mike was still alive or dead. But Carol cared for her son. He was her life. Her everything.

And well, Carol would never break her best friend’s promise. So despite having four children of her own and raising them alone after her husband died, she adopted Mike.

“If I can give love to four souls, I can love an orphaned boy as well. And he’s not just any child…he’s my best friend’s child,” she thought as she signed the adoption paperwork. 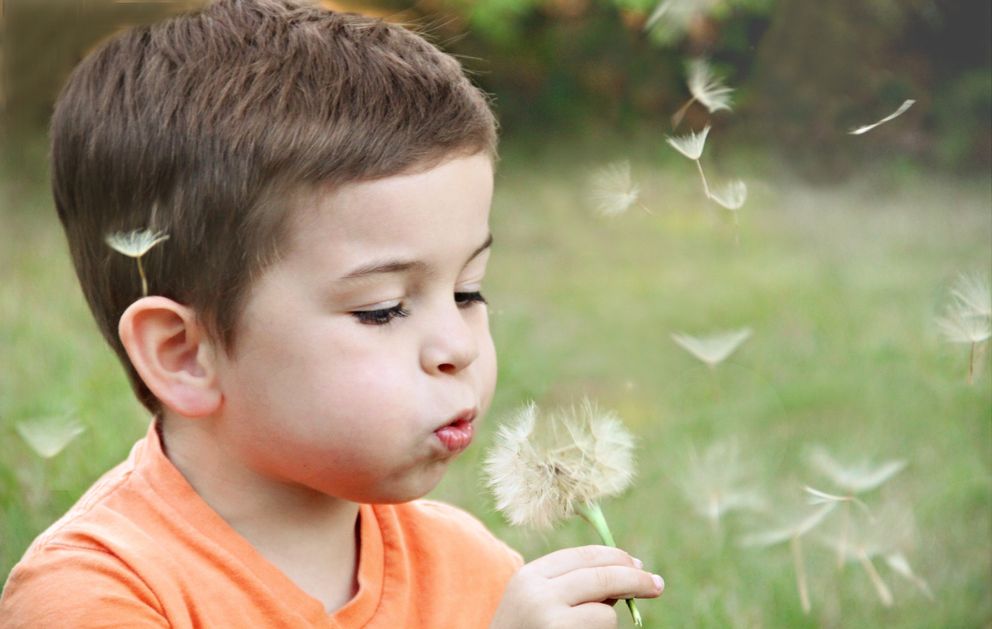 Months later, little Mike became a part of Carol’s loving home. Unfortunately, his relatives refused to be involved in his care, and no one came to take him in. But who cared about them anyway?

Carol adopted Mike and provided him with a loving home. The day Mike called her mom, Carol visited Jessica’s grave and cried for hours, telling her how the little boy eventually accepted her as a mother.

“He’s a lovely boy, Jess,” Carol sobbed. “If only fate hadn’t been so cruel to that poor soul and taken you away…But I promise to always do my best for him…”

Carol then placed the fresh bouquet of roses she’d bought for her best friend and told her she’d see her soon. 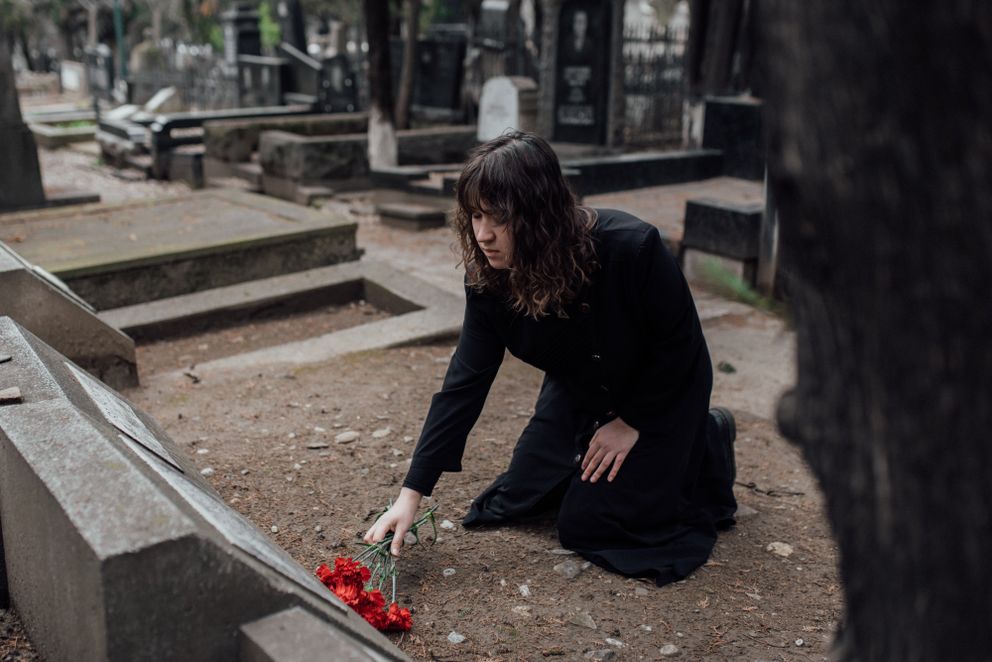 But while Carol had adopted Mike and taken him in as part of her promise to Jessica, raising five children was difficult for her. She was working three jobs, enlisting the help of her neighbors to care for her children, and some days were so hard that she had to force herself out of bed.

Money was scarce, and troubles didn’t seem to end, but Carol’s home was also filled with the love of five little children, whose laughter and smiling faces washed away her worries in no time. But 13 years later, Carol’s happiness was shattered when a man appeared on her doorstep.

“Hello, I’m guessing you’re Carol. I’m Jeff, Mike’s father, and I’m here to take him home if he’d like that,” he said, and Carol’s heart dropped to the floor.

A mother’s heart can perceive the dangers around her child.

“I’ve been in touch with Mike, Carol…He wanted to see me, and I couldn’t say no to my son. May I come in?” 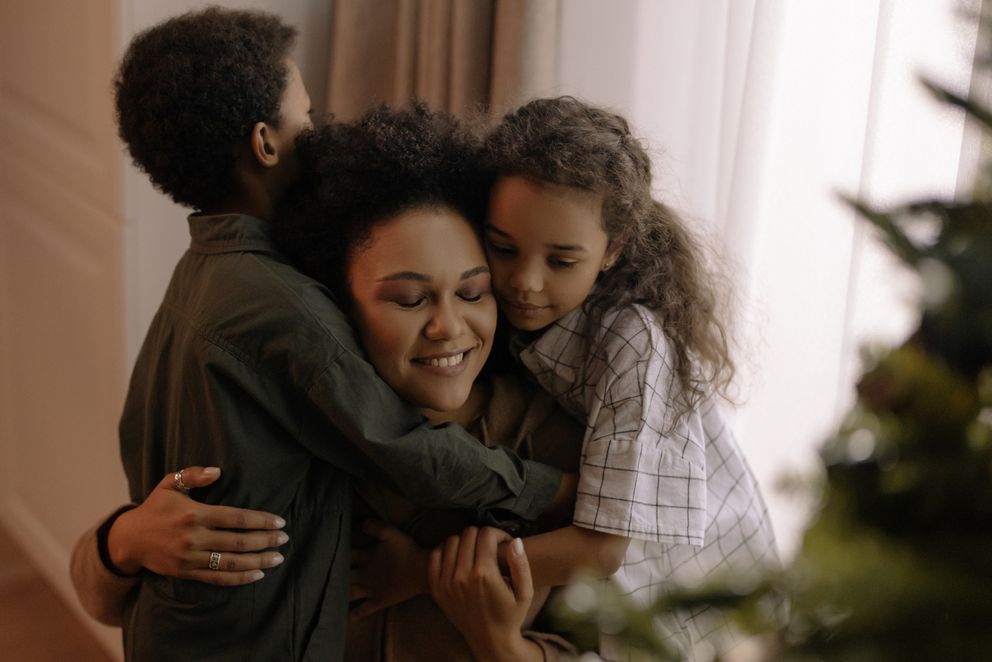 Carol had a feeling something wasn’t quite right from the moment she met Jeff, but she couldn’t put her finger on it.

Out of courtesy, she welcomed him inside and called Mike. “Mike, honey!” she called out. “Someone’s here for you….”

“Dad!” Mike ran up to him and hugged him. “You made time to see me, dad. Thank you for visiting! Mom, dad contacted me on Facebook…I know, like my mom and dad weren’t together, but I was so happy he contacted me.”

“Anything for you, son…” Jeff said with a smile, and it irked Carol. Her heart was telling her that something was very wrong with Jeff. But what exactly?

That night, Carol went through Jessica’s belongings in the storeroom, hoping to find something about Jeff. Unfortunately, she didn’t find anything about him, and her heart sank. She thought maybe she was overprotective about Mike, which is why she doubted Jeff. 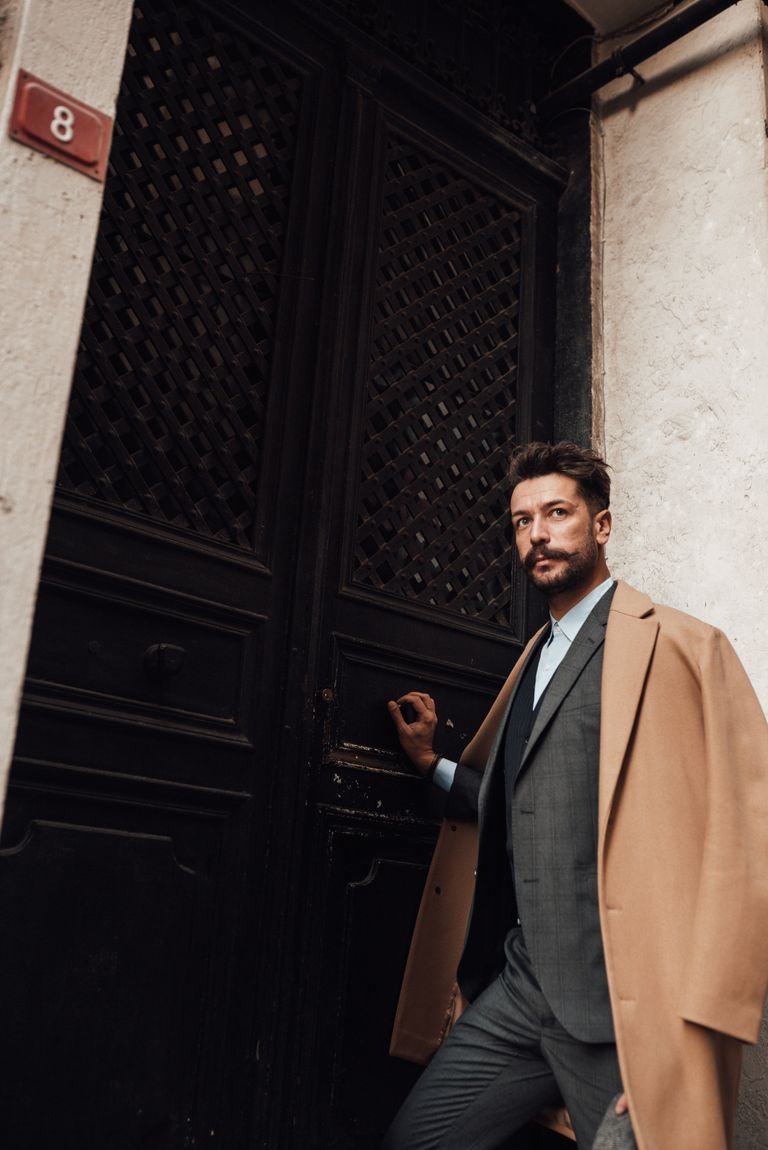 But just as she was about to leave the storeroom, a box fell from the shelf, spilling a diary and a few other items onto the floor.

While collecting and placing them back in the box, Carol realized the diary was Jessica’s. Jessica had written it for Mike, and the entries there brought Carol to tears.

“You may have questions about why your mother and father separated when you were a kid, Mike. That’s why I’m writing this today…Your father’s name is Jeff. He’s a terrible man, honey. He may seem sweet to you, but you should never let him get close to you.

“If I’m not there for you, the only person you should trust is Carol, Mike. Your late grandfather left you a million-dollar inheritance. As long as Jeff doesn’t get to know about it, we are safe. But if he ever finds out, he will try to get close to you. Don’t fall for his words. Please…

“The contact details of your grandfather’s lawyer are written on the last page. He lives in another state and may not be able to contact you at the appropriate time. In that case, you should contact him once you’re 18…I love you, honey.” 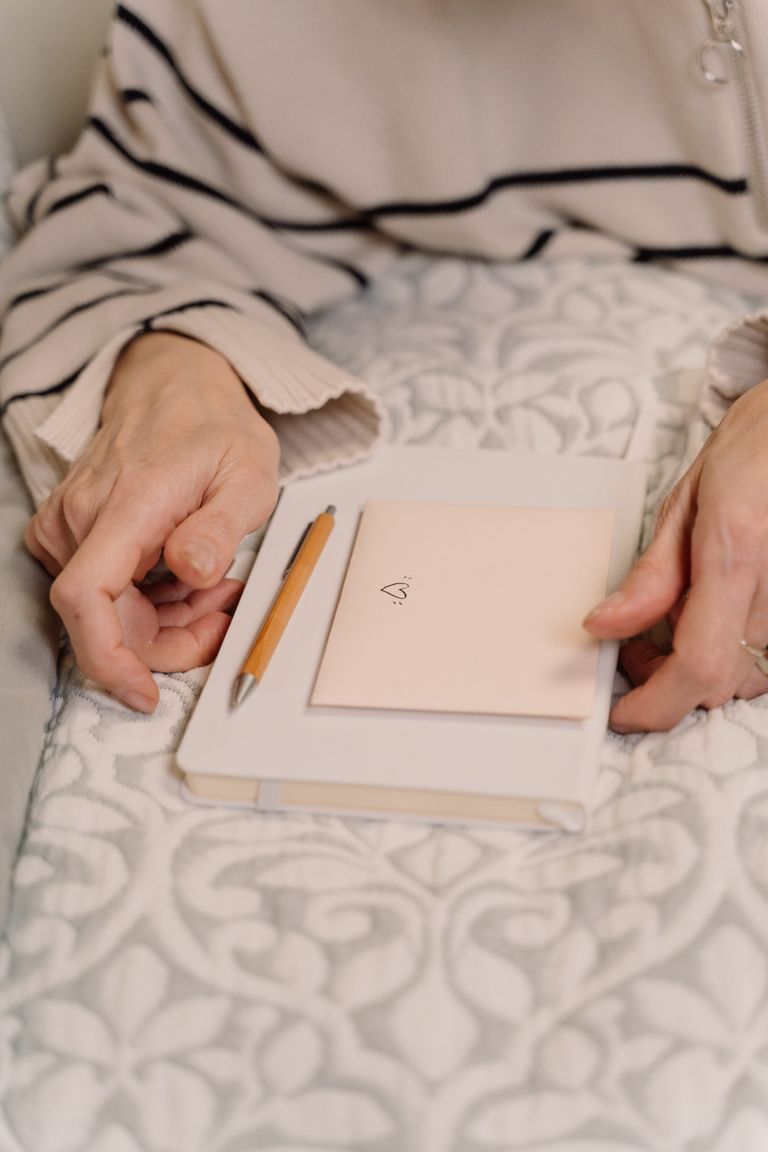 As Carol leafed through the diary pages that night, she understood why her heart warned her against Jeff. He was a con artist. He must have learned about inheritance!

The following morning, Carol called the lawyer and learned that he had contacted Jeff since he couldn’t reach Jessica. He had no idea Jessica was no longer alive.

Carol went straight to Mike’s room and woke him up. “Honey, I’m sorry,” she cried and hugged him. “I’m sorry I’m doing this, but you need to see this….”

When Carol told him everything, he was shocked. “No way, mom! That’s a lie. Please tell me it’s all a lie. Dad and I met after so long. Even after mom and he were no longer together, I would look at his pictures at night and hope to meet him one day…please tell me…”

“I’m sorry, honey…” was all Carol could say. 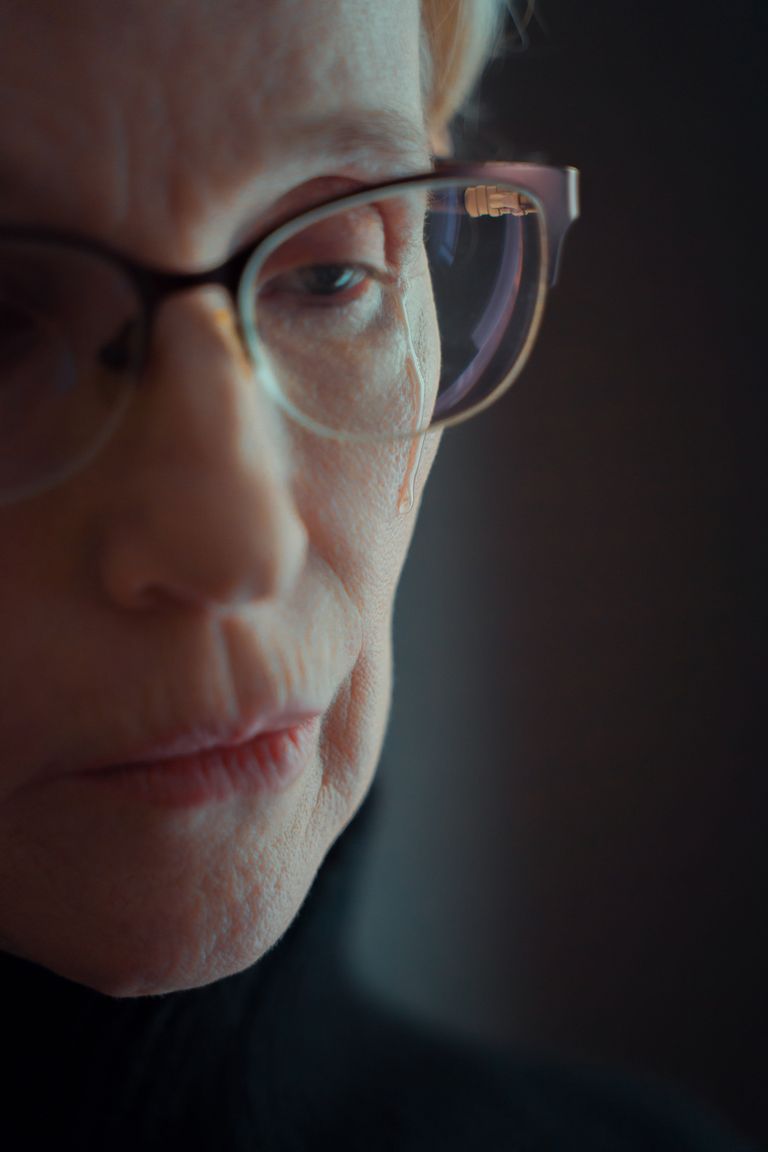 Mike still had a hard time believing what Carol said, so he came up with a plan…

“Dad,” he said to Jeff over breakfast. “Do you know anything about the inheritance Grandpa left mom? Mom apparently left it to Carol. How could she?” he lied.

Jeff was staying with Mike and Carol for a couple of days because Mike had insisted.

Jeff looked at him in shock. “How – how are you so sure, buddy?”

“So you know about it…Is that why you’re here?” he asked bluntly.

At that point, Jeff’s mask fell off. “Your mother was always useless! What a waste!” he yelled.

With that, Jeff tossed the breakfast plate on the floor and was about to leave. But Carol had a surprise for him. 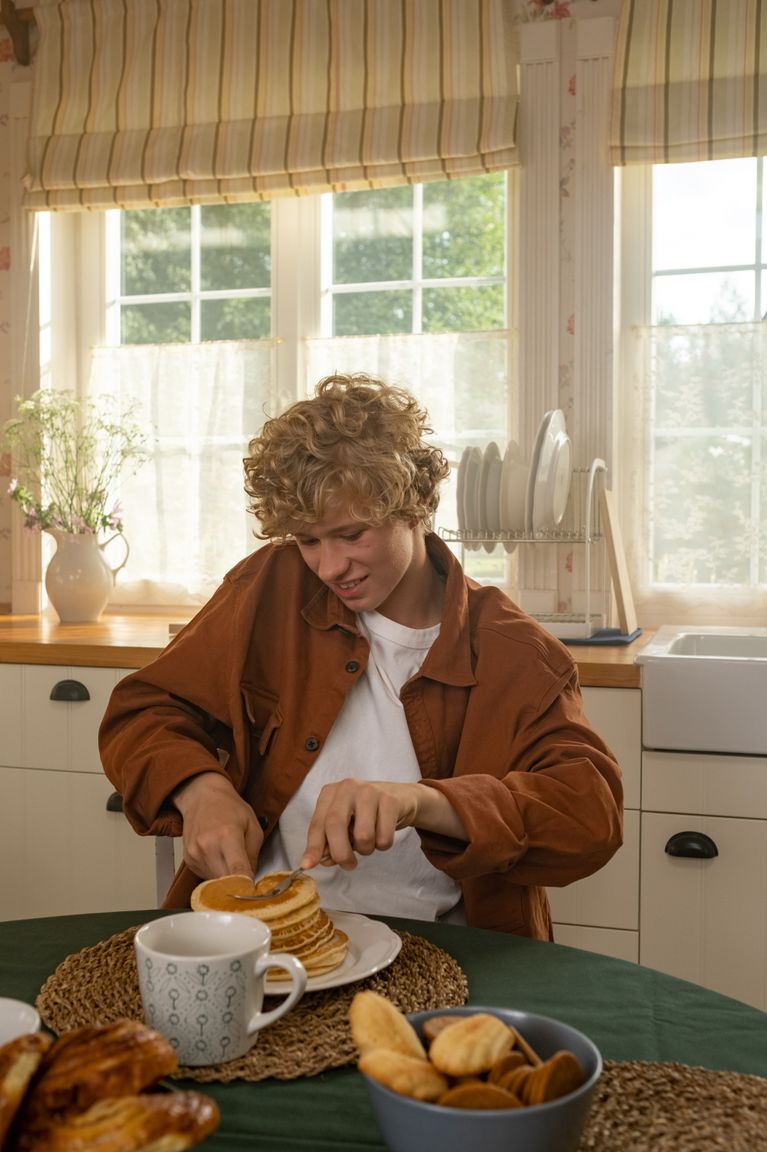 Two cops came in early that morning and arrested Jeff.

Carol was sorry Mike had to go through all that, but she was proud of herself for saving him from his father. Jessica also wanted the same: to keep Mike safe from Jeff.

“As long as I’m alive, Mike will never be in danger, Jess. That’s a promise…” Carol whispered, remembering her dearest friend, as the cops took Jeff away.

A mother’s heart can perceive the dangers around her child. Carol’s heart was telling her something about Jeff wasn’t right, and she was correct. Thankfully, she saved Mike from him.
Sometimes strangers become family, and family members become strangers. Carol loved Jessica and Mike more than Jessica’s own family and provided a loving home for Mike after Jessica died.