A North Carolina mother-of-sixteen, who has spent 14 years of her life being pregnant, was over the moon when she received a piece of heartwarming news. The doting mom confessed that she hoped to reach the magical 20-kids milestone in the future.

Families come in all shapes and sizes and are special and extraordinarily beautiful in their distinct ways. Everyone’s idea of a happy and prosperous household is different; some parents like keeping their family size small, while others prefer having a house full of little ones’ cackles.

While parenthood is no easy feat, it can teach people life-altering, eye-opening lessons about life and the things that truly matter. Love and affection multiply when shared, and the family in today’s story is a classic example of how the most challenging tasks can lead to the most heart-melting results. 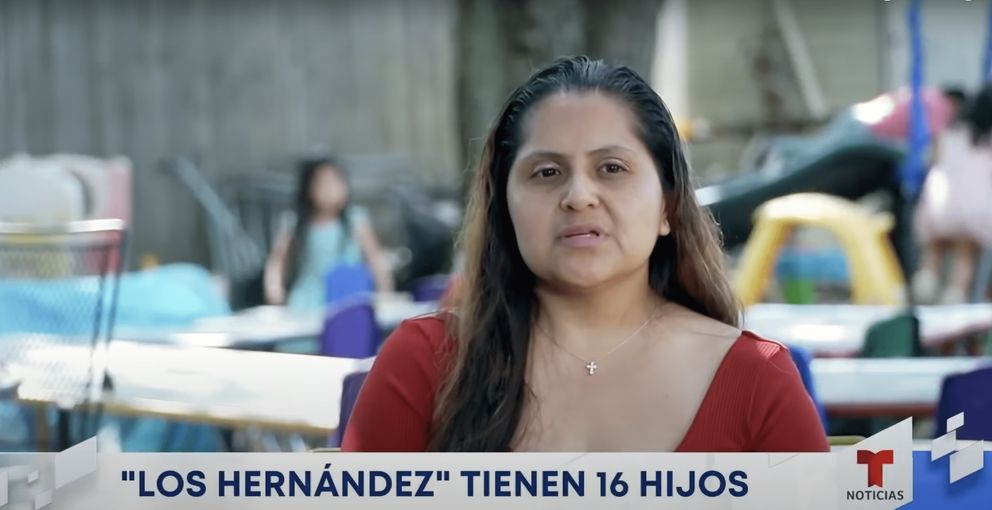 Patty and Carlos Hernandez are not your average couple. They reside in North Carolina and have a large household comprising 18 members. Every day is filled with new challenges, surprises, and endless excitement for the family, and they hardly have a dull day.

The soon-to-be mother shared that she plans to reach the magical number 20 and have an even number of kids.

The couple is doting parents to 16 children and runs a commercial cleaning business to sustain their family. The children’s names begin with the letter “C” as a tribute to their hardworking and devoted dad, Carlos, 39. 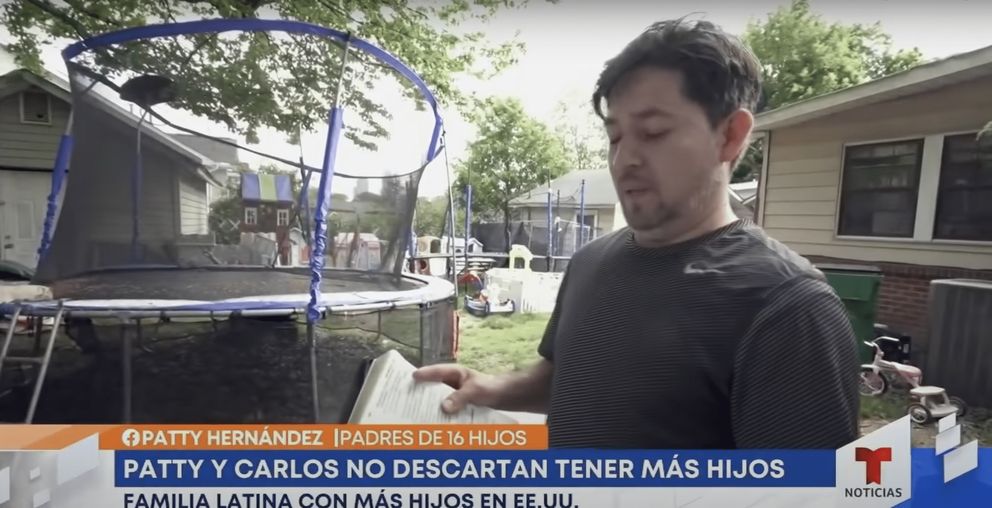 Patty, 40, has spent 14 years of her life pregnant and has had children since 2018. She and Carlos have six sons and ten daughters — six of their kids are sets of twins, which runs in Carlos’s family.

Patty and Carlos welcomed baby Clayton in May 2021 and said they wouldn’t rule out the possibility of having more kids. The Hernandez couple garnered popularity in 2019, but since then, they have added two more little ones into their family. 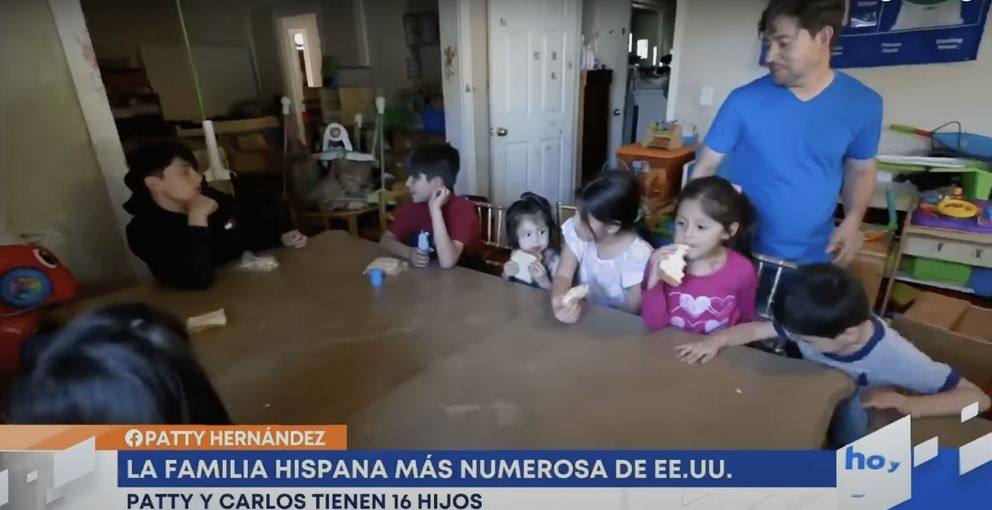 The then-mom-of-15 admitted that looking after so many kids could be challenging, but she was delighted and considered it a blessing. Patty revealed that after almost three months of her last pregnancy, she would conceive again and was always happy when she was pregnant.

The petite woman said she astounded people whenever they spotted her with her large brood, and many even asked her if they were all her children. In January 2019, the ecstatic mom gave a glimpse into her family’s daily routine.

The Hernandez family’s day started at 8 in the morning when Patty prepared a wholesome breakfast of cereal, waffles, or pancakes. Once breakfast concluded, the kids practiced Christian Devotional, which included praying, singing, and reading together. 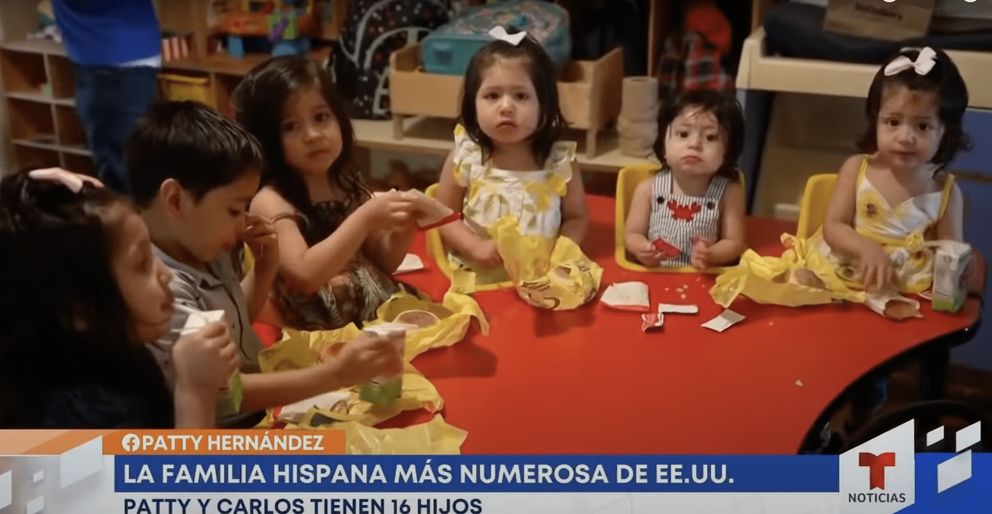 Soon afterward, the school-going kids took the school bus and left, while Patty stayed home to complete her chores and tend to her little ones. The busy mother explained:

“I try to do everything while they are at school because that’s when I have the most free time. If I have an appointment I take all of them with me.”

The older children finished their homework at after-school study and got home before six. Then, the entire family sat down and had dinner at their sixteen-seater table, which included pasta, eggs, beans, or salad. After dinner, the kids said their prayers and played for a little while until it was time to sleep at 8:30 p.m. 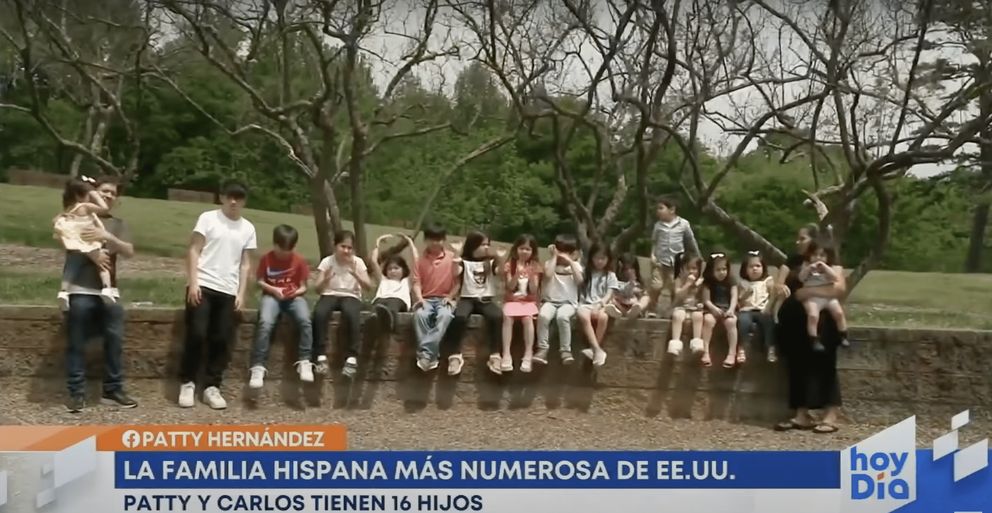 But it seems that Patty and Carlos are not done adding to their large household because they are expecting their 17th child — a baby boy — with the delivery date set for March 2023.

The soon-to-be mother shared that she plans to reach the magical number 20 and have an even number of kids — ten boys and ten girls. Patty said she’s very fertile and has placed her trust in God regarding the future. She told The Mirror:

“We always wanted a big family but never thought God would bless us this much.” 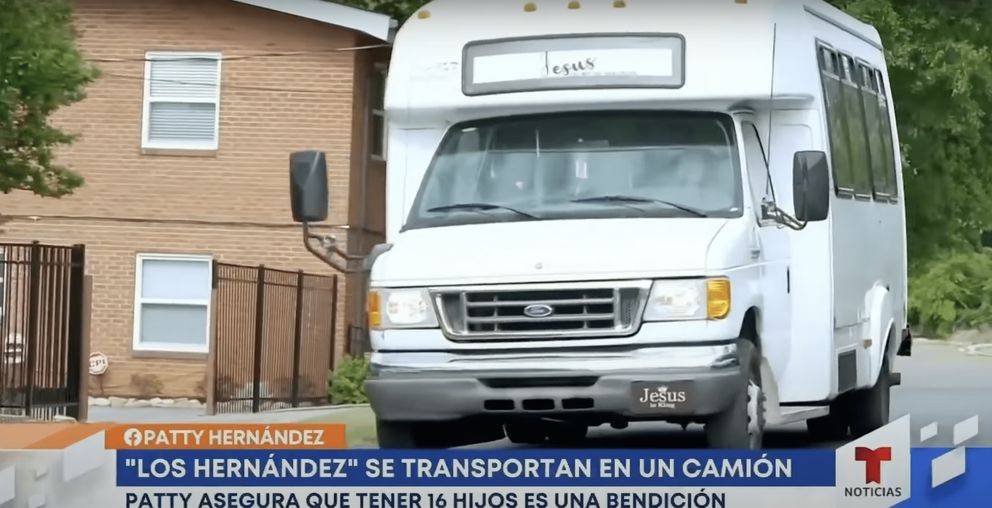 Earlier, Patty revealed that she and Carlos wished to name their child Carter if he was a boy and Clair if she was a girl. The North Carolina resident said she wanted to continue the tradition of naming her kids with the letter “C” even in the future.

While the Hernandez couple never envisioned having so many kids, they revel in the joy of parenthood and are determined to keep going.

Since expanding their family, the devoted parents have changed their 16-seater vehicle and bought a 20-seater bus, which Patty uses to take the kids to school. 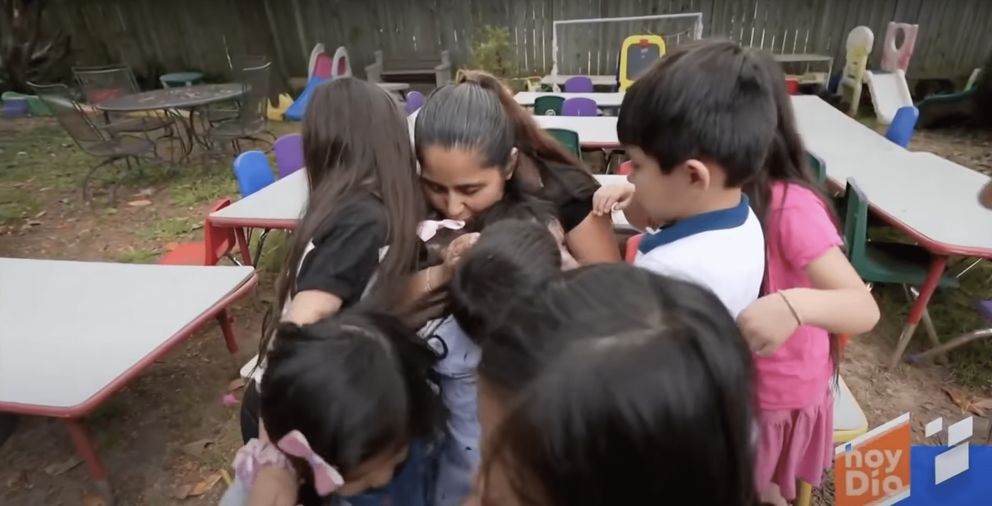 Despite their large household, the couple noted they don’t stress about expenses and work hard to provide for their children. Per Patty, she and her husband have never used contraception. She expressed:

“I leave everything to God. If he wants us to conceive again, then let it be.”

The pregnant woman revealed that she’s often judged for her choices but doesn’t pay heed to criticism and feels blessed for her family. The Hernandez family has a large five-bedroom home, where the older kids have bunk beds, and the little ones have a nursery with cribs.

According to Patty, she and Carlos spend almost £780 (approximately $895) weekly on food, mainly school lunches. The couple is hopeful that after their 17th child, they will be blessed with another one.

While growing their family has been a thrilling experience, it has also led to more housework for Patty, who said she’s been training the older children to chip in and has assigned them their daily chores.

The woman noted that she does laundry four times a week, has a thousand clothes to wash, and spends nearly five hours folding them every two days. Despite the struggles and criticism, Patty and Carlos love their beautiful family and wouldn’t have it any other way.

We hope the Hernandez family continues to dote on their adorable children and lead a happy, healthy, and beautiful life together. Don’t forget to share this story with your loved ones.