An old man came to Zack’s bakery begging for bread every day, but instead of saying “thank you,” he responded with the same cryptic phrase. Zack never understood what it truly meant until he saw his daughter standing on the store threshold.

Zack had been running a bakery in Albuquerque, New Mexico for several years. He opened it the same year his wife Julie gave birth to their daughter, Clara. The store was doing well, but the past few months had been tough for his family for reasons he couldn’t even talk about anymore.

Zack kept the bakery running despite everything going on at home. It offered him an escape, and he loved being a baker. One night, a beggar came to his shop asking for some food. Zack gave him day-old bread, and instead of simply thanking him, the man said something interesting.

“The evil you do stays with you. The good you do returns to you,” said the homeless man before going on his way. A simple “thank you” would’ve been more than enough, Zack thought. He shrugged and continued working.

Every night after that, the man would return to check if there was anything Zack could spare. Zack always had something for him, and he would respond with, “The evil you do stays with you. The good you do returns to you.”

After a month of this, Zack decided to ask him why he kept repeating these lines. The homeless man smiled but didn’t reply. He just walked away like he did every night.

When Zack told Julie about the puzzling man, she told him, “Well, honey. Some people are just like that. Who knows what went on in his life.”

“I know. But it’s just so strange. It’s easier to just say ‘thank you.’ Do you think there’s a deeper meaning to it?” Zack insisted. 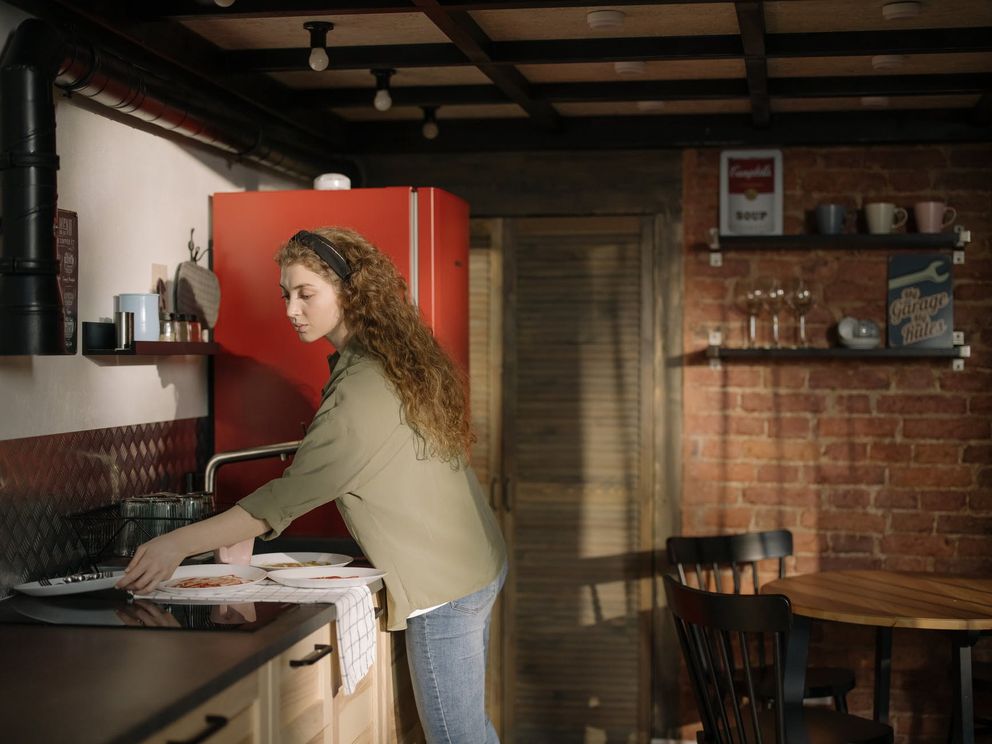 “It sounds like he’s wishing you good karma for being so generous to him. You know… some people think that ‘thank you’ is enough for every scenario. But maybe it’s not for him,” his wife said as she dried her hands after washing the dishes.

“‘The evil you do stays with you. The good you do returns to you.’ I mean… it’s a strange phrase. It’s not popular. But you’re probably right,” Zack muttered. He was glad to be having this conversation with Julie.

She had not been the most talkative person in the last few months. She was depressed and constantly watched the news. Julie searched online and chatted on Facebook groups hoping to get answers but to no avail.

Both of them were still in pain, and they never talked about it anymore. They silently brooded, waiting for the police to call. But months had passed, and they were starting to lose hope. Zack wanted Julie to know that she could talk to him, but it was so hard. 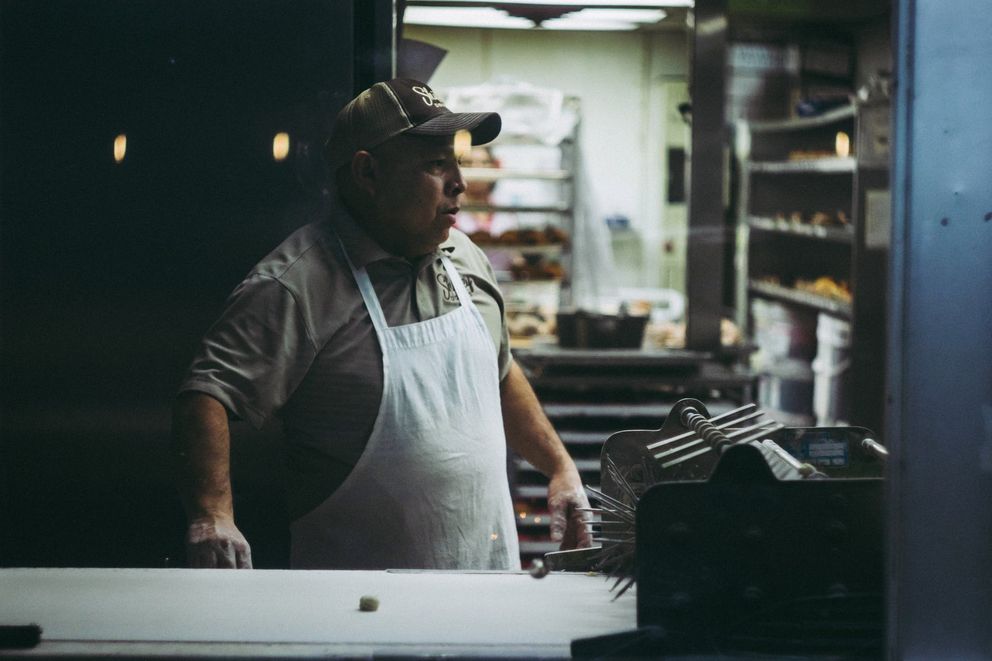 “Darling, do you think she…,” Zack began.

“NO! I will not talk about that. Please, stop it. We will wait as long as it takes. I will not lose hope,” Julie snapped and went to her room. Zack sighed and continued watching mindless TV.

The following day was busy at the bakery. Zack didn’t have anything left by the end of the business day, but he knew that the man would come soon, so Zack got to work and baked a fresh loaf of bread for him.

As usual, the man repeated the phrase after receiving the bread and inclined his head thankfully. “Hey, may I at least know your name?” Zack asked before the man went too far.

“I’m Jude,” the man answered and walked away.

The following day, Zack was working in the kitchen when he heard a knock on the front door. “We’re not open yet,” he called out. But the knock continued, so he went to see who was there. 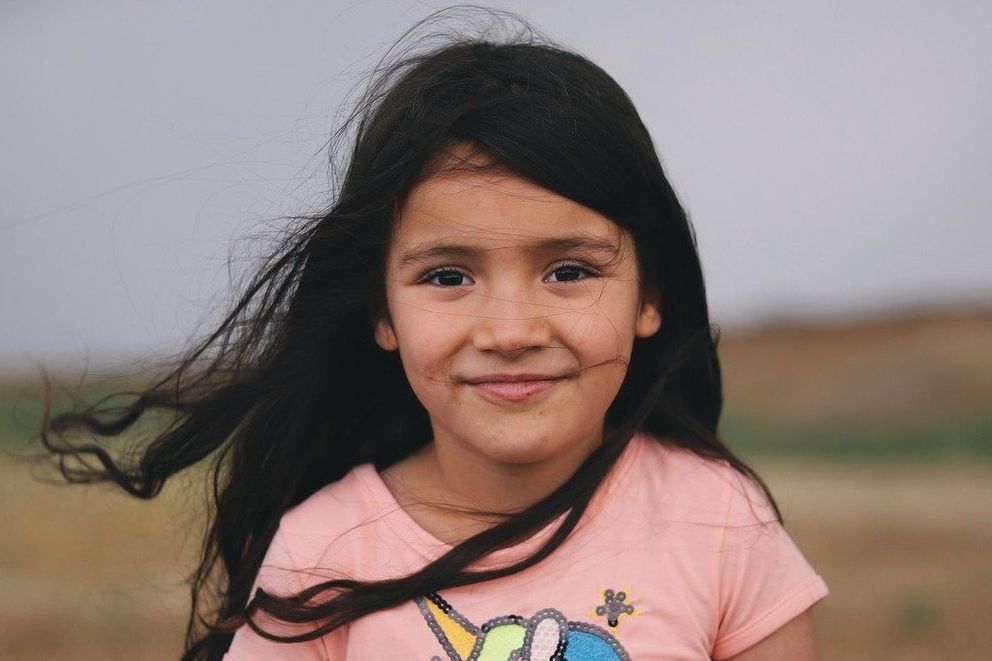 To his surprise, Clara was standing at the threshold in the same clothes she had worn the day she disappeared. “CLARA!” Zack yelled and hugged his daughter. He pulled his cellphone from his jeans to call Julie but refused to let Clara go.

His wife rushed to the store, and they both hugged their daughter for a long time before calling the police. Clara explained that a man had pulled her in a car, but she managed to jump out of it in the middle of the interstate.

She hid in the forest where the man couldn’t find her, but she got lost after a while too. When she finally reached more recognizable areas, she kept walking until she fainted from hunger. 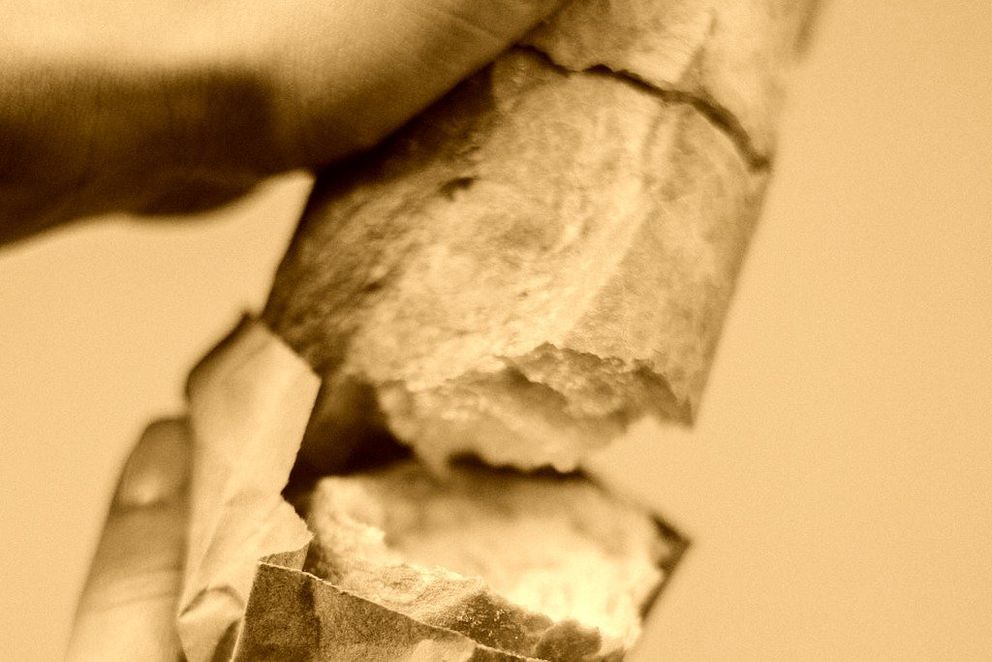 “A nice man gave me some bread and water after I woke up, and I told him my dad was a baker. He accompanied me here and left when I knocked on the door,” Clara finished her story.

Zack knew immediately who she was talking about. He looked at his wife, and she knew it too. It was Jude. He had brought Clara back to them. The police promised to investigate the matter, but the couple was just glad that Clara was home. Her disappearance had rattled them deeply.

They had avoided the subject and barely talked to each other for months. But she was back where she belonged. Once they got her settled at home, Zack cooked a huge feast and several loaves of bread to take to Jude.

He found the man sitting on a bench on a busy commercial street. They smiled at each other before Zack gave him what he had prepared. He didn’t say “thank you” to the man because he finally understood the phrase. 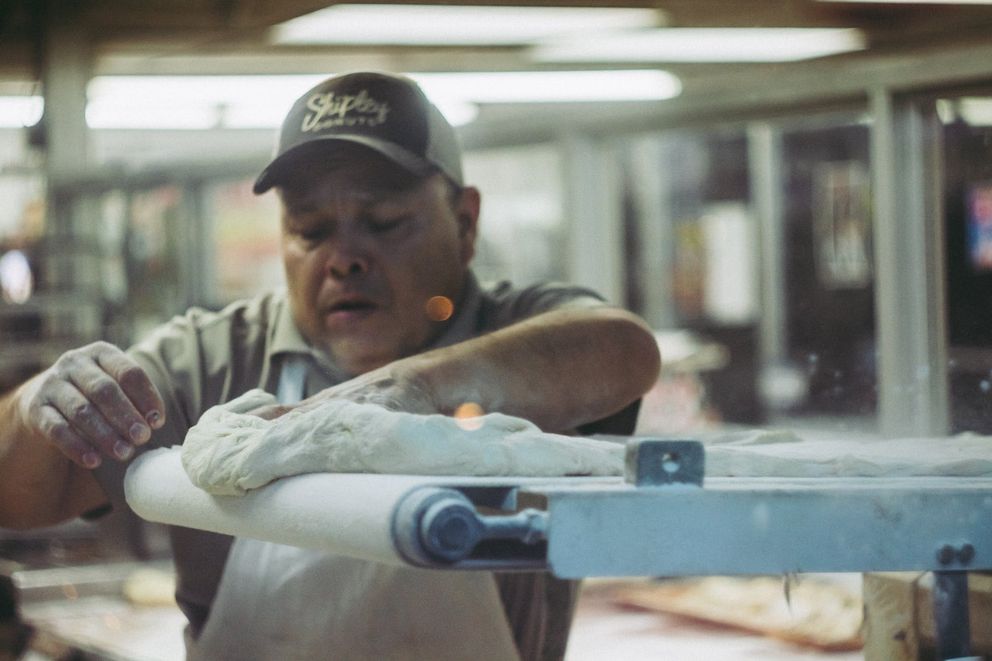 “The evil you do stays with you. The good you do returns to you,” Zack said and smiled in understanding. Jude grinned back and inclined his head. Then Zack went back home to his reunited family.

Do good to others, and good things will happen. Most people don’t believe it, but karma is real. You get what you give.
Sometimes, a simple “thank you” is not enough. Jude preferred to use that phrase because it was a reminder that do-gooders will be rewarded.