An old lady never allowed anyone to enter her house for 13 years. But when I did manage to get in there, I was frozen stiff by her big secret.

My family had only recently moved into the neighborhood where the old lady lived. James, my husband, is a music teacher, and I have two daughters. You can call me Dori because that’s how everyone in the area refers to me.

Except for one, all of my neighbors have been very friendly and helpful since we moved in. The only person who refrained from associating with us or anyone else was the old woman who resided in the last house on the other side of the road.

When I asked around the neighborhood why she acted so strangely, they warned me not to go after her because they thought she was insane and preferred staying alone after losing her husband and only daughter in an aircraft crash.

According to the neighbors, the old lady didn’t accompany her family on that fateful day because of her health problems, and when the sad news arrived, she refused to believe it and never let anyone inside the house again.

I often saw her on the streets during the evening, but she was always by herself. She appeared frail and shabby, as though she required assistance and support. I always wanted to help her, but after hearing what my neighbors had to say about her, I wasn’t sure whether I should.

But one day, when I was on my way to the supermarket, our paths crossed. I was walking past her and overheard her singing a tune. It immediately drew my attention because my grandmother used to sing the same song.

I began to sing along with her, and she smiled at me for the first time. But when I smiled back, she quickly hastened her pace and went home. 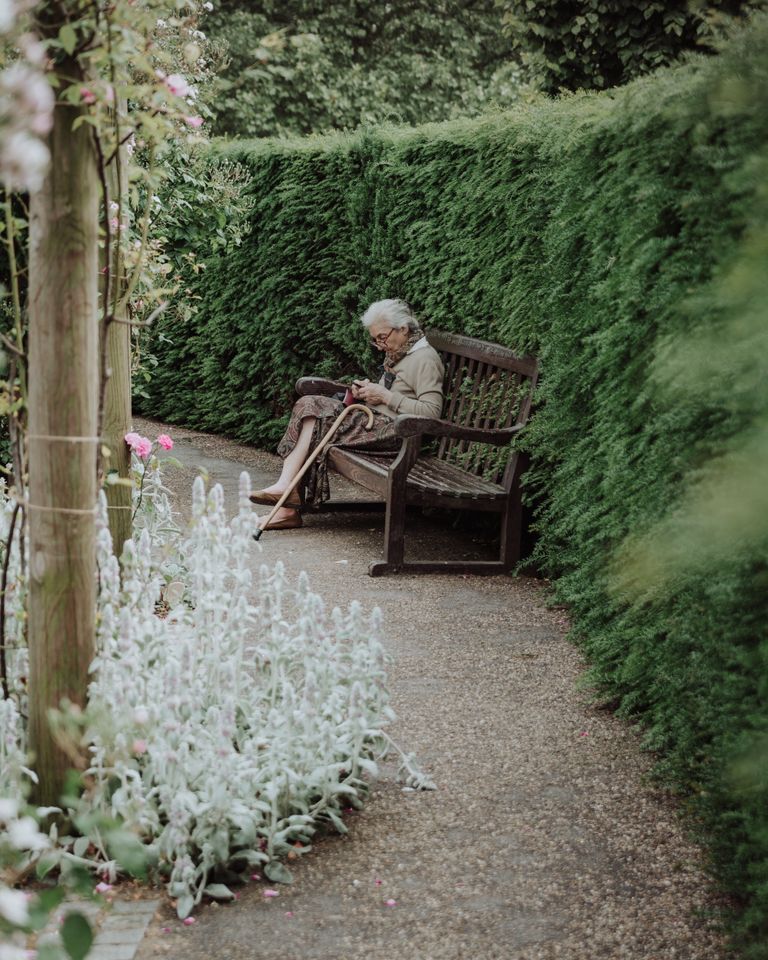 She seemed very different to me that day. I refused to trust my neighbors’ claims that she had cut herself off from the rest of society because she was insane, so the next day, I knocked on her door.

“Hello, I brought you something,” I called out to her. “It’s the record of the melody you were singing yesterday.”

The old lady was home, but she didn’t let me in. Instead, she just looked at me silently through the window.

I noticed her staring at me and was about to walk to the window and ask her to let me in when she hastily closed the curtains. But something drew my attention that day. Little did I know it would reveal something I could have never imagined.

The old lady was wearing a moon-shaped ring on her finger. The ring wasn’t like one of your typical rings, and that piqued my curiosity even more. I began searching online and soon discovered that the ring was identical to the singer’s ring on the cover of the music album I had purchased for her.

I examined the cover carefully and, oh my god … the singer, Luna Davis, did seem similar to the old lady. So the next day, I revisited her house.

“Mrs. Davis, please open the door. I know who you are,” I said. But her only answer was silence.

Dejected, I turned to leave the house, but then she suddenly opened the door and invited me inside. “Come in, but please don’t faint,” she said in a low voice.

I walked through the door and was shocked and saddened by what I saw. The floor and all of the house’s surfaces were coated in dust and mold. Even the furniture, just like the old lady’s clothes, was ragged and smelled terrible. Her bedsheets were no better and were filled with dirt and holes. 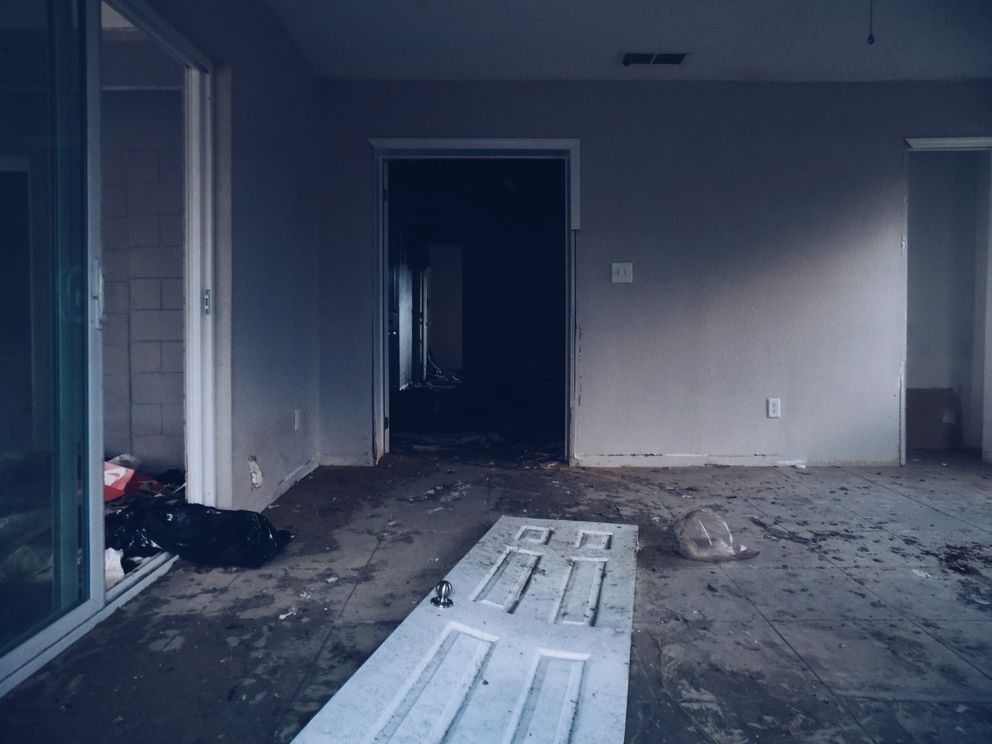 “Sorry about the mess, but because of my sick joints, I’m not able to clean or even get in the bathroom by myself. I haven’t washed properly in 13 years,” Mrs. Davis said, embarrassed.

“But why didn’t you let social services help?” I asked her, concerned.

“They would send me to a nursing home if I did,” Mrs. Davis answered. “And I was hoping my family would return, but they never did. So I became a recluse because I was afraid that other people would laugh at me if they found out what a famous singer’s house had become.”

I felt so sad for Mrs. Davis that my heart sank. Later that day, my daughters and I took everything we needed and cleaned her house. I also posted a story about her without her real name on social media, and several people agreed to help turn Mrs. Davis’ home into a cozy one. 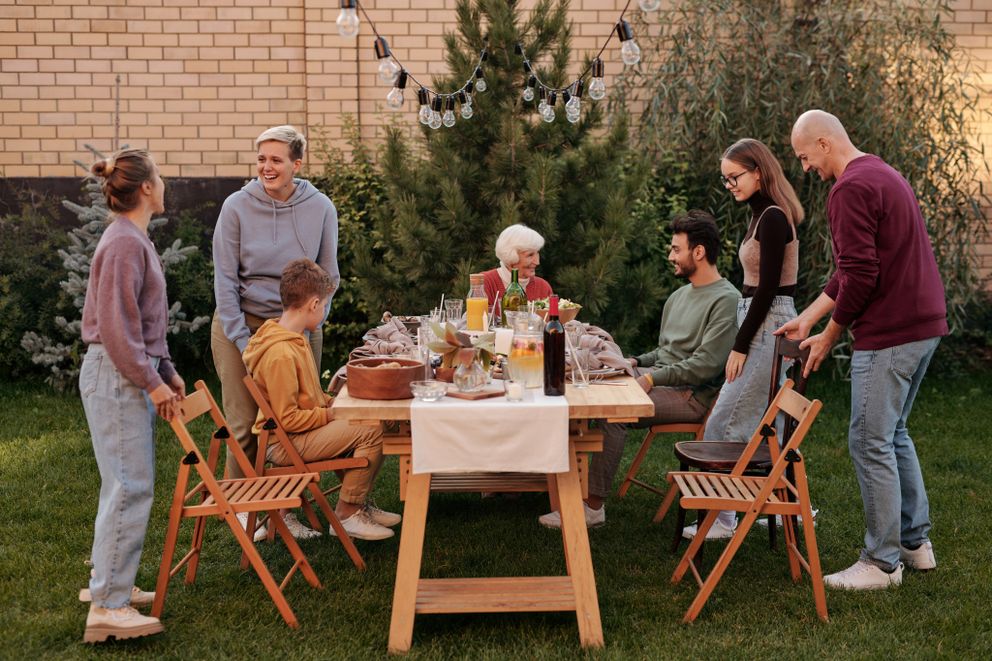 Soon, my family also became very close to her, and my girls started calling her grandma. Mrs. Davis also loved us equally and never turned down our requests. The only thing, though, that I couldn’t make her do was sing for us. “Sorry dear, but I can’t do that for you,” she would say.

But once on my birthday, she unexpectedly requested that my husband play the piano. And after that, she began signing and my eyes welled up with tears. “Thank you so much, Mrs. Davis,” I said as I hugged her.

“You don’t need to say thanks, dear,” Mrs. Davis said as she hugged me back. “You have become my guardian angel and brought not only joy and meaning but family back into my life.”

Mrs. Davis never stayed alone in her house again after that day. She began to mingle with the locals and eventually moved in with us.

Be kind and help others. Like Dori helped Mrs. Davis.

Stop relying on what others say about a person. If Dori had listened to her neighbors, she would have never gone ahead and helped Mrs. Davis.

Older people need love and care, and you should never refrain from giving it to them. Mrs. David was so moved when Dori and her family helped her that she gave up on seclusion and started mingling with others in the neighborhood.

If you enjoyed this story, you might like this one about a woman who visited the clinic with a huge baby bump but claimed she wasn’t pregnant.