Old Lady Spends Her Christmas Alone, after Her Kids Find Out She Has a New Job.

Victoria was busy with her work, diligently sweeping the floors, when suddenly she saw a man enter the store where she worked. The man was her son, Matthew. When he saw his mother, he opened his eyes wide with surprise. Victoria was glad when she saw her son. But as soon as she took a few steps toward Matthew, he abruptly turned away and stormed out of the store. 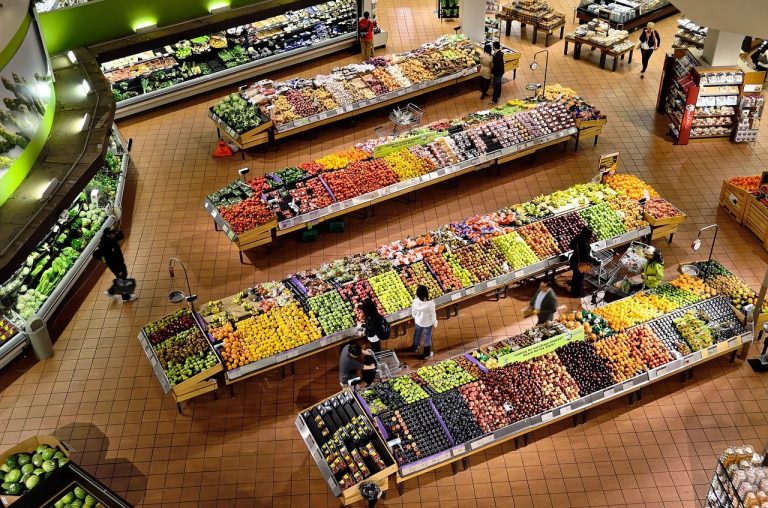 Victoria didn’t expected such a reaction, because Matthew had always been drawn to his mother. “I guess things change over the years”, she thought, and continued sweeping the floor. Victoria decided to talk to her son about it later.

It had been ten years since Victoria buried her husband. Right after the funeral, her children Matthew and Marina suggested that their mother would sell the big house and buy a small apartment that would be easier to maintain. And with the remaining money from the sale of the house, Matthew and Marina wanted to start their own business. 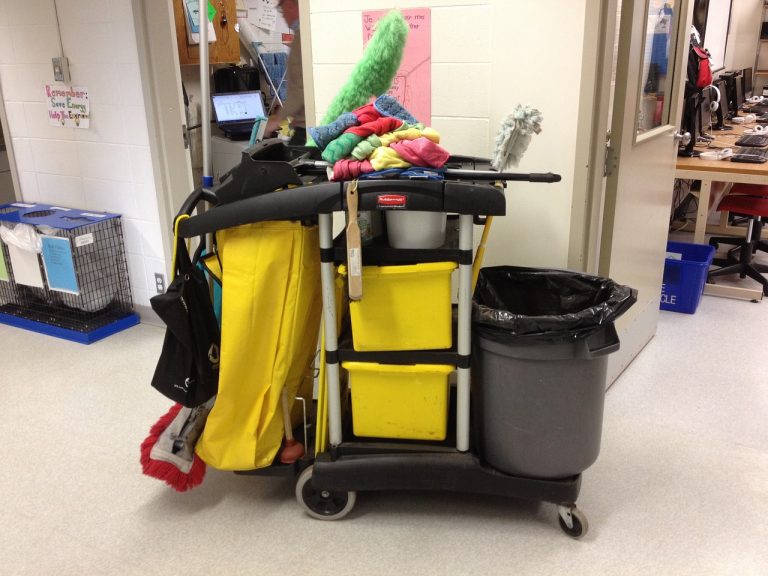 As time went on, the children’s businesses became more and more successful, and they had less and less time to spend with their mother. As the holidays approached, Victoria realized that her pension was not enough to live comfortably and to please her children and grandchildren with gifts.

Then she made the decision to go out to work. At the age of 65, Victoria got a job in a furniture store, which was located in a shopping mall. It was not hard work, and her health allowed her to work without much stress. Her salary was enough to pay the bills and buy gifts. But Victoria didn’t tell her children about her job as a cleaner for the fear of their reaction.

And judging by Matthew’s reaction, she was right to keep quiet about her new job. She couldn’t understand her son’s embarrassment when he saw his mother sweeping the floors. But Victoria decided to call her son later and tell him everything.

However, when she dialed her son’s number and tried to explain everything, she heard: 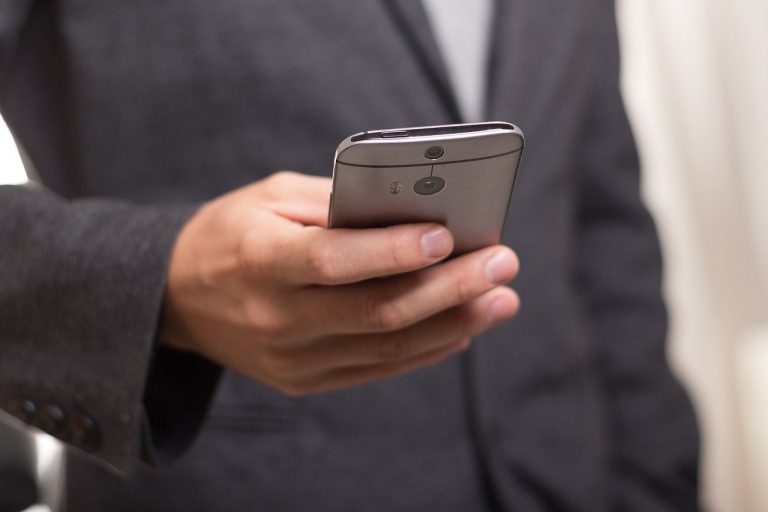 “I’m sorry, Mom, but I don’t have time right now. I’ll call you later. She bit her lip with disappointment.

“That’s it, bye!” said Matthew sharply and hung up.

“I don’t understand anything, Victoria said, confused by her son’s behavior. I don’t see anything wrong with being a janitor, it’s the same kind of work.” The woman was perplexed. Then she called her daughter to see if she knew why Matthew was acting so strangely. 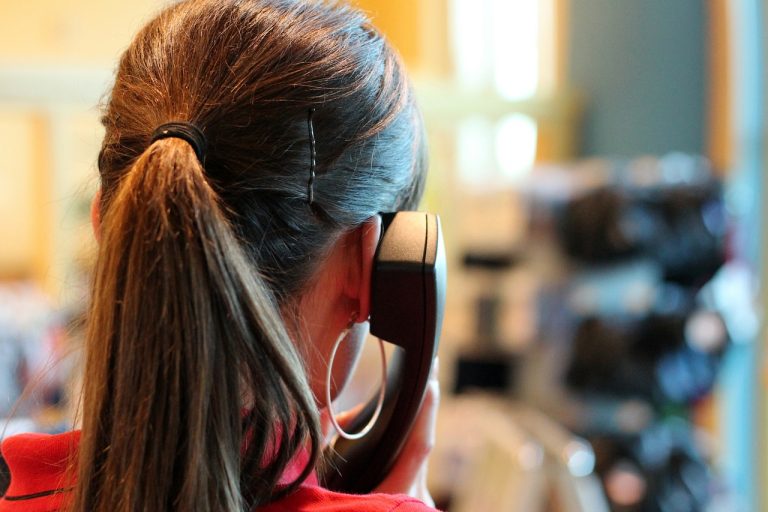 “Mom, I can’t talk right now. I’ll call you,” Marina said and interrupted the conversation with her mother. Victoria didn’t even have time to say a word.

“That’s all right. They will come for Christmas, and we will definitely talk,” reassured herself the elderly woman.

But the children never called. Traditionally, Christmas was always celebrated either at Matthew’s house or at Marina’s house. But this time Victoria didn’t know in whose house they would celebrate. Neither her son nor daughter called back, and Victoria became anxious.

On Christmas Eve, she stopped by neighbor Lorena Atkinson’s house and shared her worries with her.

“Don’t even doubt it, they’ll get back to you soon,” Lorena pronounced when Victoria finished her story. The two women sat in Victoria’s living room drinking coffee and cookies. 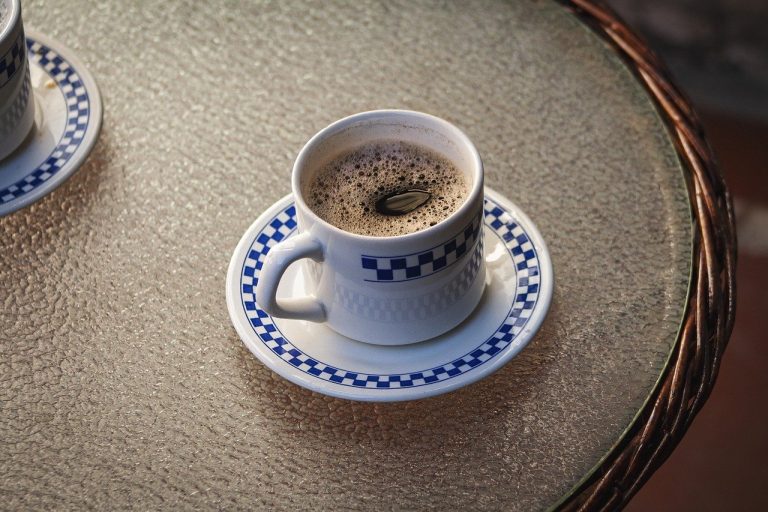 “I don’t understand. To have them not pick up the phone and ignore me is the first time this has happened. What’s the big deal? After all, I haven’t done anything. What if they never call and invite me for Christmas? What will I do then?” wondered Victoria. She clutched her cup tightly and couldn’t stop her anxiety.

“Don’t worry, if they don’t call you, you can come to me. I honestly don’t understand anything myself. There’s nothing wrong with your job,” Lorena muttered, sending cookies into her mouth.

Lorena was the same age as Victoria and lived in her own penthouse in Victoria’s apartment building. Lorena’s family gathered at her house every Christmas, since there was plenty of room, and every such holiday was very bright and cheerful.

But Victoria still wished she could spend Christmas with her family. It was hard on her mind. “Why did the kids act like this? Why are they so cold to me?”, there were still only questions in Victoria’s mind. When her friends finished their coffee, Lorena scooted home. She cradled Victoria in her arms and reassured her that everything would be okay.

Much to Victoria’s dismay, when Christmas morning came, none of the children ever called. The elderly woman cried for a long time. She looked sadly at the presents under the tree.

Her sad thoughts were disturbed by a sudden knock on the door. “It must be Lorena. I guess I’ll have to accept her invitation,” Victoria thought, and headed for the door.

“Surprise!”, Victoria heard as soon as she opened the door. Her children and grandchildren were standing on her doorstep.

The woman clutched her heart in surprise, but a joyful smile appeared on her face. “What? You’re here?”

“Yes! We’ve come to see you, Grandma! And we want to spend the whole holiday day with you!”, said Elisabeth’s daughter Marina cheerfully and walked into the house, holding a large gift box in her hands. Elizabeth was Victoria’s oldest granddaughter, she was 10 years old.

The other four grandchildren were from 5 to 9 years old. They ran into the house in a merry huddle and rushed to the tree, under which gifts awaited them.

“All right, settle down, kids. Calm down, and then Grandma will give you your presents,” said Marina loudly, turning to the noisy children. And then turned to her mother: “Hi, Mom! I’m sorry we didn’t call earlier. It all kind of happened out of the blue.”

“Don’t worry. It’s okay. Come inside!” replied Victoria, inviting the adults in. Marina was followed by her husband, and then Matthew’s wife, who hugged Victoria tightly.

Matthew was the very last one to appear on the doorstep… 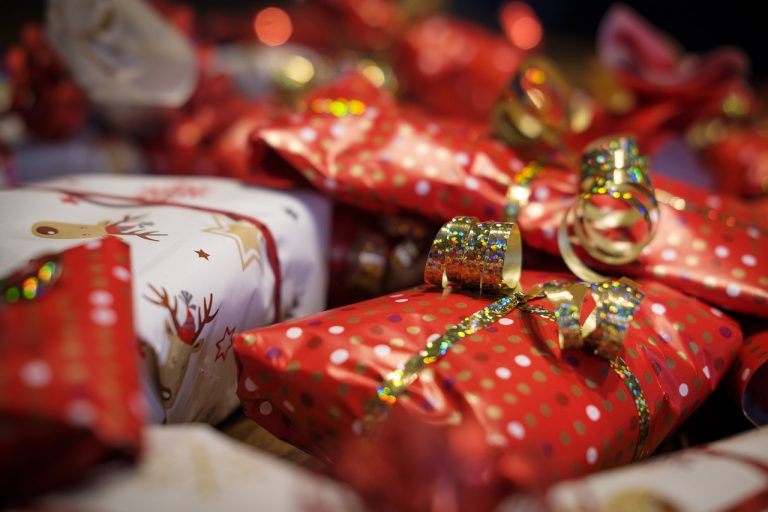 The sight of him brought tears to Victoria’s eyes. Matthew immediately clutched his mother to him and didn’t want to let go for a long time.

“I’m sorry, Mom! I don’t know what came over me in the store,” Matthew said as he held his mother in his arms.

Victoria was overflowing with happiness as she hugged her son tightly. “Were you ashamed of me?”

“My first thoughts were about that. I didn’t expect my mother to sweep the floors. But later, after your roommate called me, I realized I was ashamed of myself, not you,” Matthew replied.

“What did you say? Neighbor?”, Victoria opened her arms and looked into her son’s eyes.

“Yes, Mrs. Atkinson. She called me, said she lived in this house. I met her when you moved here. I gave her my phone number just in case,” Matthew said. “So, she called and told me off for not inviting you to the party and calling you. She said I was the one who should be ashamed that with my successful business you had to work part-time as a janitor to survive. That’s when it hit me.” 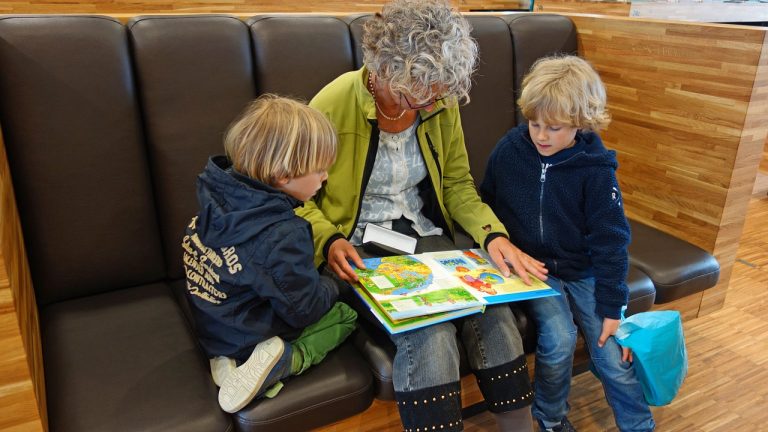 “I felt ashamed that I never gave you the money for the house. And you gave it to us without a second thought, without even saying anything. And now when I already had a successful business, a cool car, and a big house, you had to make ends meet. I realized that I was the loser, I felt so bad about that realization. I thought I was mad at you, but in fact it was the opposite,” Matthew finished speaking and finally let go of his mother’s embrace.

At that moment, Victoria felt someone’s hand on her shoulder. It was her daughter, Marina. “And I thought I was mad at you. I was angry that you didn’t tell us anything about your hardships, that you didn’t tell us about your work at the store. And really I was mad at myself. After all, you would not have to work at all, considering how much money you’d get for the house. That money would have been enough for the rest of your life. I don’t understand how it didn’t come to our attention before, that you needed that money back.”

“You don’t have to. It’s all right!”, Victoria tried to reassure her daughter, but she interrupted her.

“We owe you a settlement, especially after Mrs. Atkinson told us off. She called me, too. She said that you had to work hard so that all the grandchildren could get presents from Grandma, and that we wouldn’t worry about you,” Marina said. 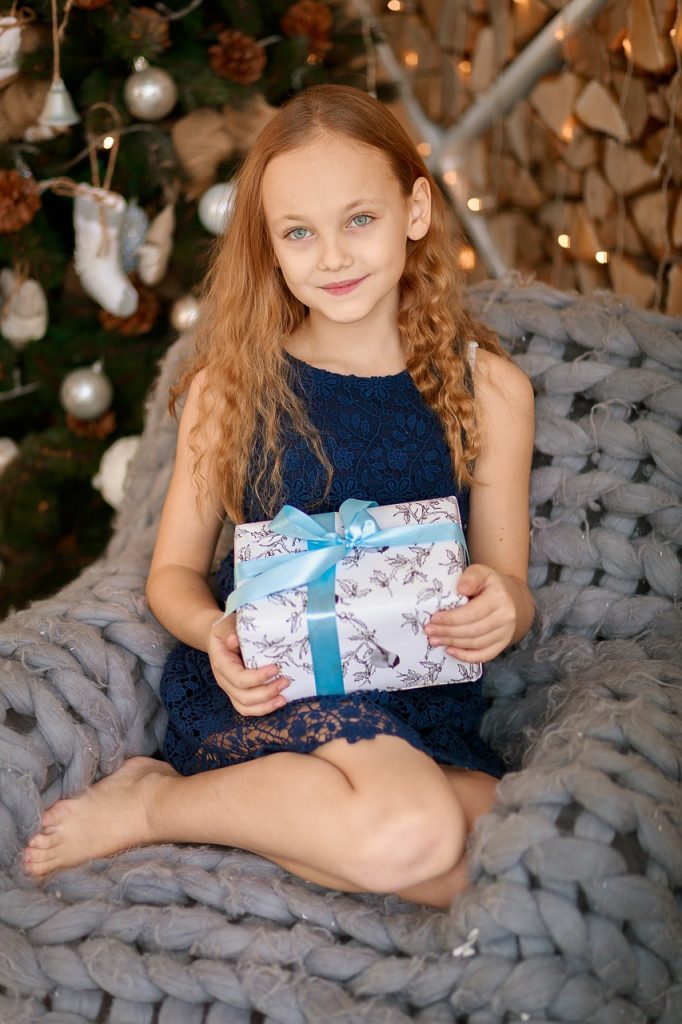 Victoria smiled at her daughter and mentally sent a “Thank you!” to her friend Lorena. “Let’s forget about it for a while, okay?” she turned to her children, and then looked at her grandchildren. “So, shall we open presents?”

It was a wonderful Christmas celebration. Victoria would remember the day for a long time. Matthew and Marina kept their word and paid their mother back, in addition to regularly transferring some more money into her account.

However, Victoria continued to work in the store anyway. She loved her job, and she enjoyed interacting with her coworkers. She retired when she was 70 years old. By that time she had a decent amount of money in her account.

And Matthew and Marina since then never forgot to call their mother, and always invited her to all the holidays.