Old Man Is Baffled on 100th B-Day as Police Car Stops at His House, ‘Come with Me,’ Cop Says — Short Story

Stanley was in no mood to celebrate his milestone birthday without his daughter. But he didn’t expect his day to take a strange turn, starting with a uniformed visitor showing up at his door.

“Look at these people, writing these flowery fake birthday wishes to me. All these meaningless words and not a single phone call!”

Not like Stanley cared about being greeted on his birthday. To him, celebrating his 100th birthday wasn’t an achievement.

‘What reason is there to pat yourself on the back when it was the people who loved you who made this life possible?’ 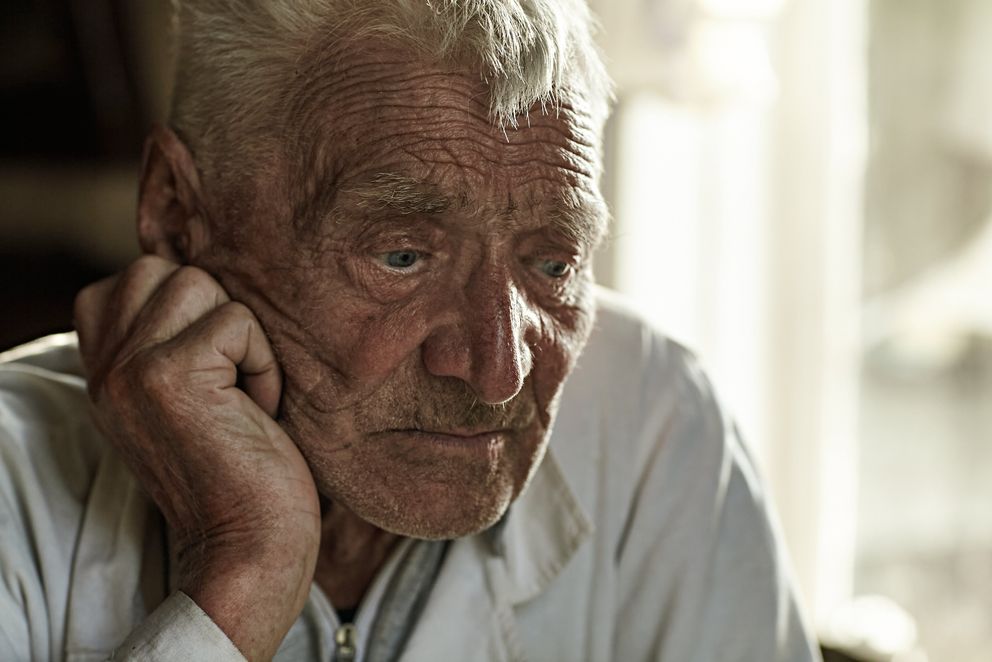 And what reason did Stanley have to celebrate when the last human he loved had died a few months ago?

To the town, Madelyn Bryer may have been a local policewoman turned P.I. who lived a courageous life until an abrupt end. But to Stanley, she was a daughter – and a very sweet one at that.

Maddy was a blessing that was born in Stanley and his wife’s lives after a very long wait. As a result, Maddy had spent most of her youth caring for her old parents.

When her time came to enjoy the second innings of her life post-retirement, a heart attack snatched her away without a second chance. 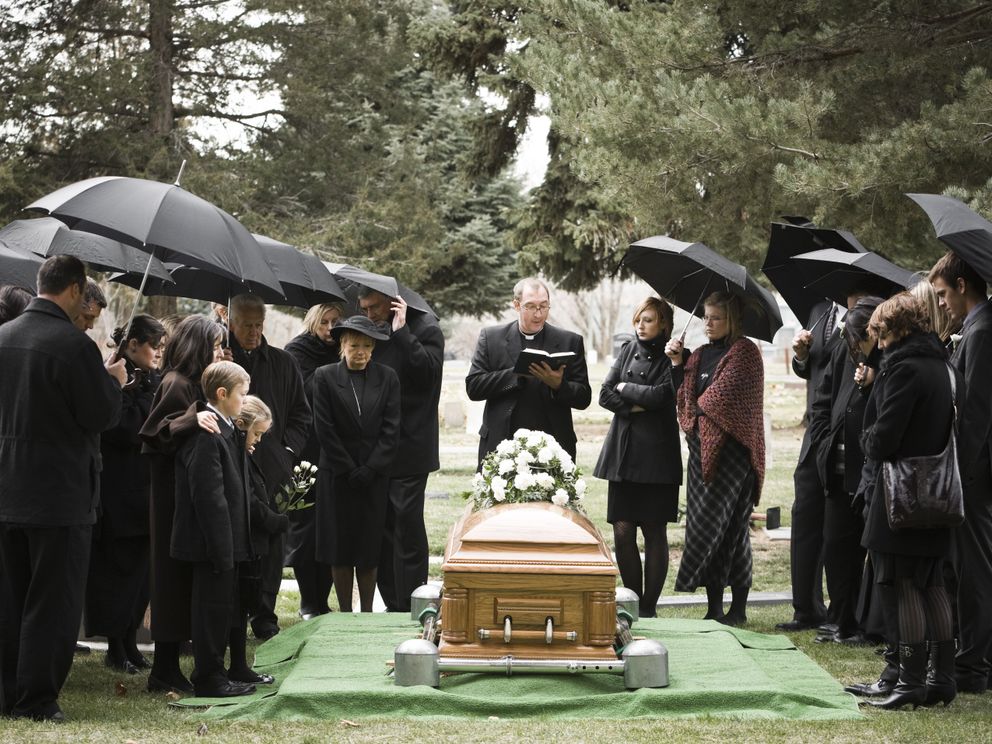 Stanley looked at the unopened bag of decorations lying in the corner and the unopened bundle of embossed invitation cards that had been printed out months ago.

Maddy had started planning and preparing for her father’s milestone almost a year in advance. She got the house repainted, the kitchen wallpaper redone, and every piece of wooden furniture in the house had been re-polished.

The night before the fatal heart attack, she tucked Stanley in bed and reminded him to be grateful.

“Dad, you’ve had such a blessed life! You found true love, you were wildly successful in your career, and you are in perfect health.

“Don’t mind the grimness of this world. There is plenty of beauty left for you to see. Including our trip to Paris next month!”

She kissed him good night. The following morning, he was half-awake, expecting to hear the usual sounds of the toaster and the coffee machine. It was time for Maddy to rush off to the P.I. consultancy office like she used to, but there was only radio silence in the house. 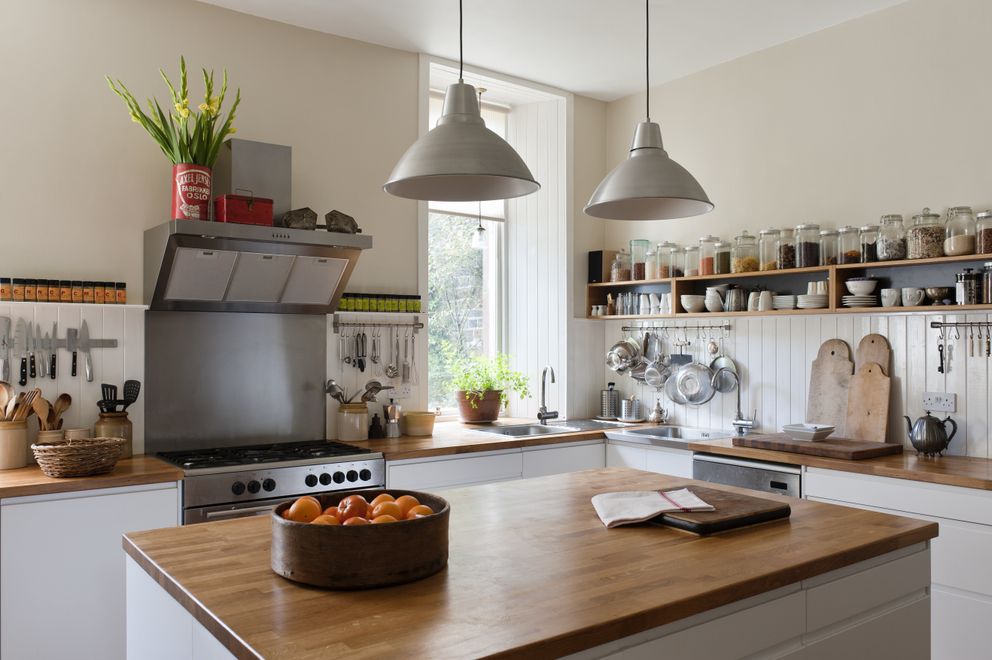 ‘Maybe she got called in early on a case. This girl simply doesn’t know how to enjoy retirement, does she?’

For the rest of that morning, Stanley paced along the porch and tried to call her a few times, with no response. He was relieved when he saw a police car pull up, expecting her to arrive in it. But that was the last time Stanley ever smiled.

Maddy had had a stroke working a case at the P.I. office.

‘Maddy, I miss you, my gentle warrior!’ Stanley shuddered back to reality and let his grief consume him again.

There is plenty of love to be shared in this life, even after loved ones pass.

It felt like a police car would pull up the driveway again, and it would be her. Stanley smiled through his tears, just visualizing it.

‘It feels too real. Wait, is that an actual police car pulling up? Or am I hallucinating?’ 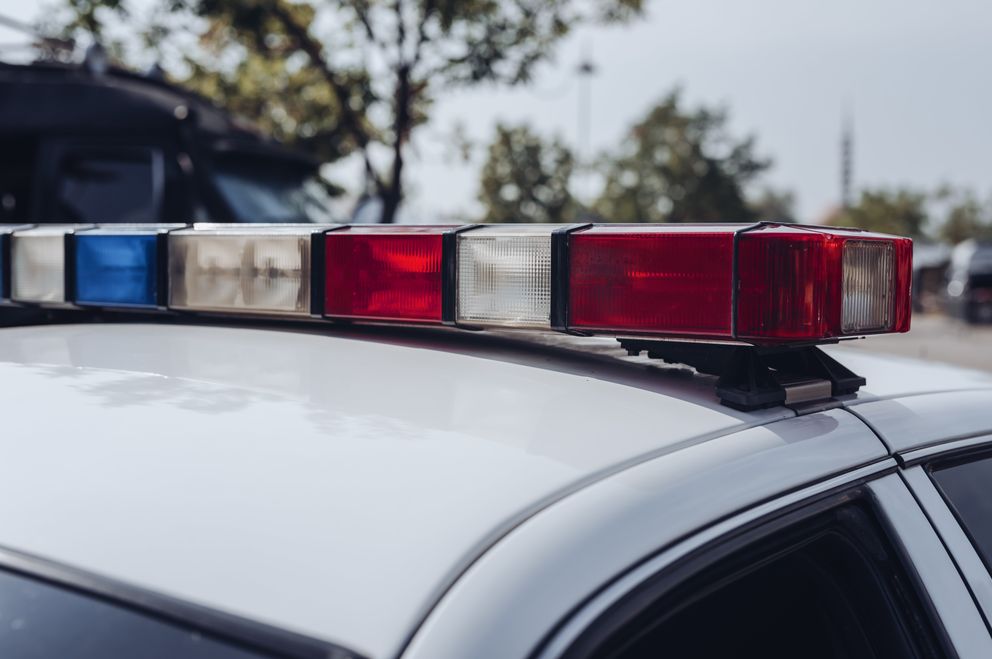 Stanley couldn’t believe what was happening. The officer’s face seemed vaguely familiar but he wouldn’t reveal why he was there.

“I’ll explain everything. Just please, get in, sir.”

The officer showed Stanley his official badge and identity proof to ease his suspicion. Stanley also noticed that the officer didn’t hold his arm like the police do while trying to be firm. He held Stanley’s hand instead.

“Son, I have seen you somewhere, haven’t I?”

The officer didn’t respond and kept driving with Stanley in the backseat.

About 20 minutes later, the police car came to a screeching stop before a beautiful house. The officer helped Stanley step out of the car and walk toward the house.

“Happy Birthday, Mr. Bryer!” A woman in her 40s answered the door with a precious smile and immediately muttered under her breath to the officer, “Took you long enough. The kids were starting to get restless!”

The woman swung the door open, and a bunch of kids wearing party hats popped up from behind the couch, screaming, “Happy Birthday!”

Stanley was surprised and confused at the sudden cheerfulness around him. There were strings of colorful bunting that ran across the walls, balloons and ribbons bounced around, and the five children were doing their best to behave in front of Stanley. 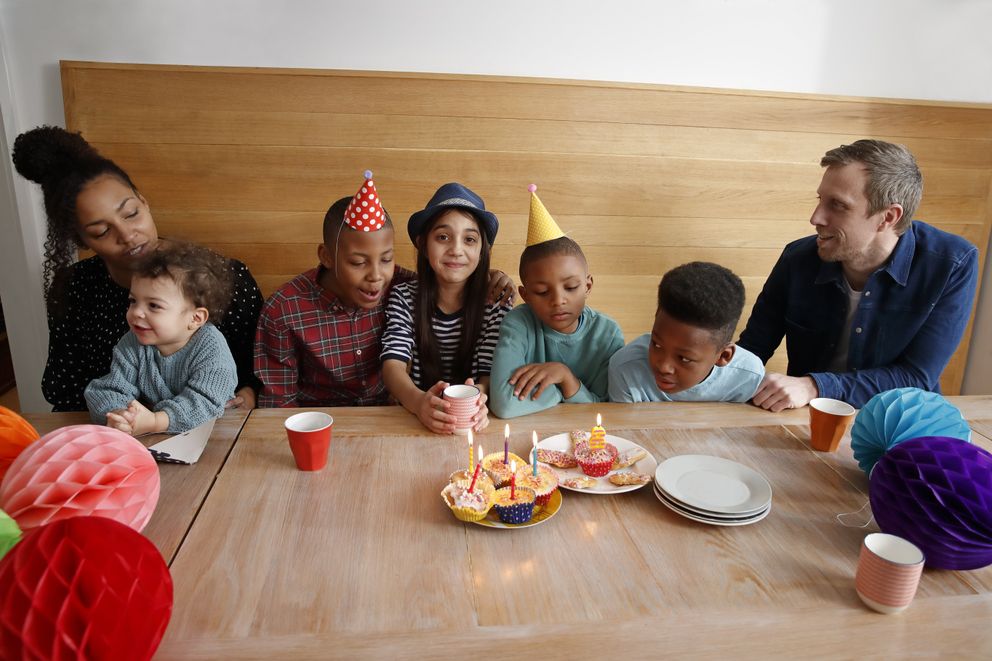 “Mr. Bryer, you may not remember, but I’ve met you once. I’m Kevin Newman, and I used to work with your daughter.

“She was the best work partner I’ve ever had. You probably don’t know this, but she helped my family through some incredibly dark days. She even saved my life multiple times!”

“Oh, hello, son!” Stanley couldn’t shake the kind man’s hand tightly enough. It was so nice to meet someone who could reminisce about his daughter with him!

That afternoon, Stanley sat down with Kevin, his wife, and five kids and enjoyed a three-hour lunch. The food was warm and delicious, the conversations were lively, and the kids thoroughly enjoyed Stanley’s unapologetically sharp wit. 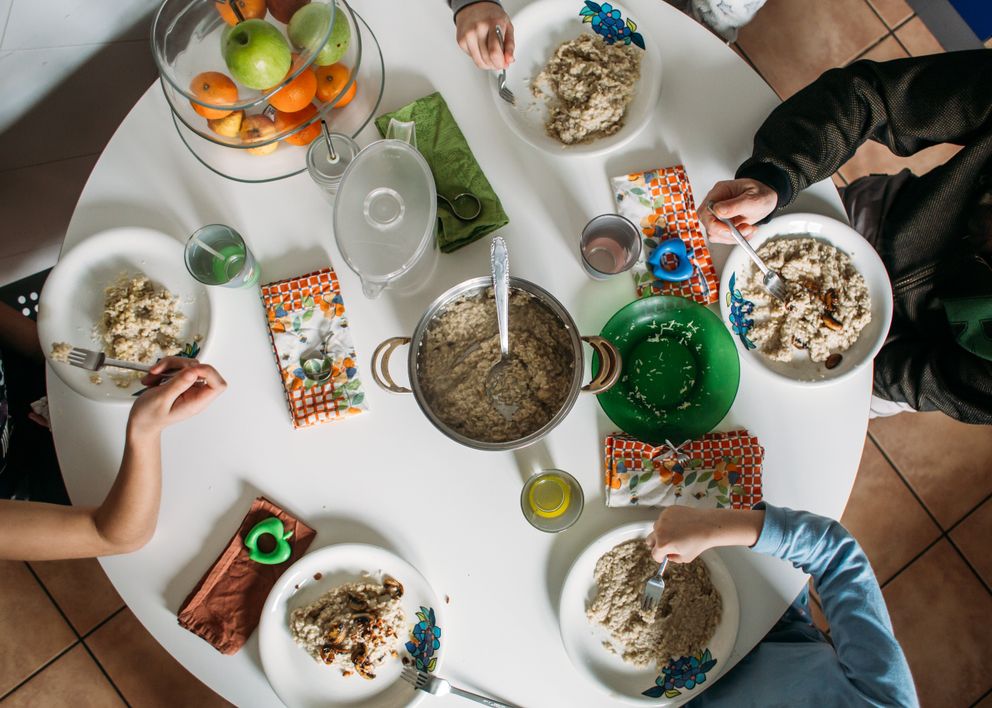 The hours melted into each other, and neither Stanley nor Kevin noticed the sun setting in the middle of their walk down memory lane.

“It is wonderful to know that my Maddy was so loved and appreciated! She truly was special!” Stanley tried to contain the lump of emotion in his throat.

“Mr. Bryer, Maddy was like the sister I never had. And the day she breathed her last, she asked only one thing of me.

“Take care of my father, she said. He deserves all the love in the world.”

Kevin’s wife noticed him choking up and stepped in. “And so there’s something we would like to ask you. Please think it over, but don’t say no right away.”

“What is it?” Stanley was ready to give them anything they asked for.

“We have a lot of love to give. I see you as a father, and we want you to move in with us as part of our family.” 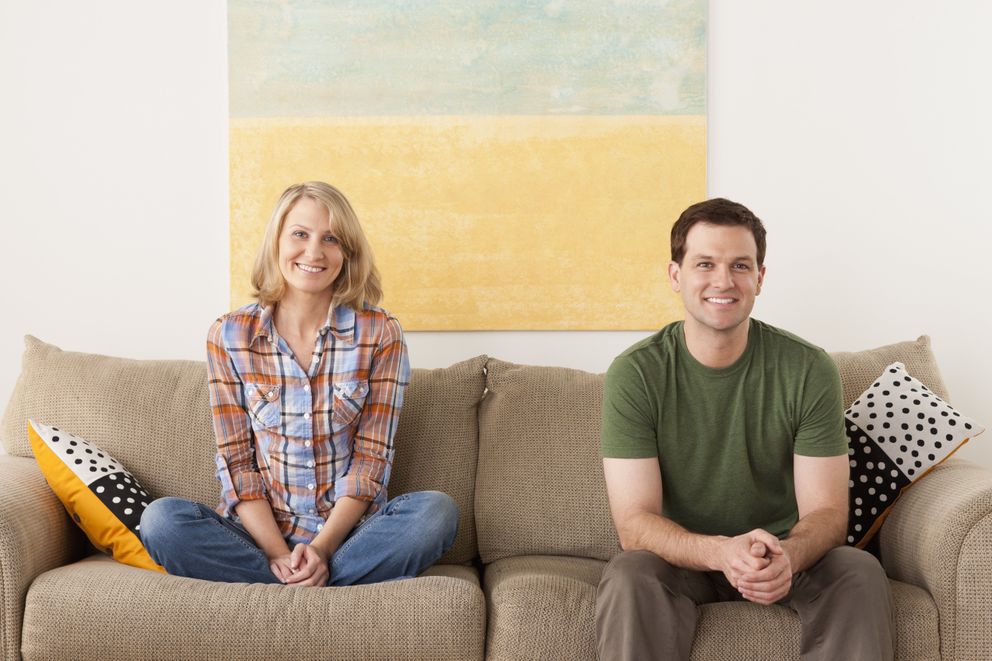 Normally, Stanley would have laughed and blurted an outright ‘No’ at the mere suggestion of such a big step. He would think of himself as invincible, a man who did not need any favors or kindness from anyone.

But this time, all he said was, “I’ll be here tomorrow.”

The whole family huddled into a group hug, with the children cheering and giggling in between.

Later that night, Kevin’s wife brought out the cake she had totally forgotten about. It was a beautiful two-tier cake in white, and the message read, “Happy Birthday, Dad!”

True friends are no different from family. Madelyn was like family to Kevin, and when she passed, he took on the duty of caring for her old father, fulfilling the ultimate promise of their friendship.

There is plenty of love to be shared in this life, even after loved ones pass. Stanley thought his life wasn’t worth celebrating anymore, but his daughter ended up connecting him to a new, loving family.