A doting grandfather was banned from his granddaughter’s wedding after his children found out he worked as a janitor. But they were in for the surprise of their life when the bride chose his grandfather over everything else on that special day.

Unfortunately, Edward only had enough to get by. He was paying rent and also had expensive maintenance medicines he had to spend for.

Getting Cynthia an expensive gift was non-negotiable for him, so he decided to get a job. The only place willing to take him at his age was a janitorial service for a local park.

At first, Edward was not excited about the idea, but his determination to get his granddaughter a gift was stronger than his hesitations.

Exactly six months before the wedding, he began working, which gave him enough time to save up for his gift, and even save some money in the process. He would work every afternoon and return home each night, thinking of what he could possibly give his beloved granddaughter.

Edward didn’t want to give her just any gift, but something of great value and something she could keep with her and pass on to her own children. After some thinking, he recalled that Cynthia loved his late wife’s necklace as a child, which his eldest daughter inherited.

Unfortunately, that necklace was an heirloom piece that he was certain Cynthia’s aunt wouldn’t give up on her behalf. Instead, he decided to buy her jewelry which could also become a family heirloom in the future. 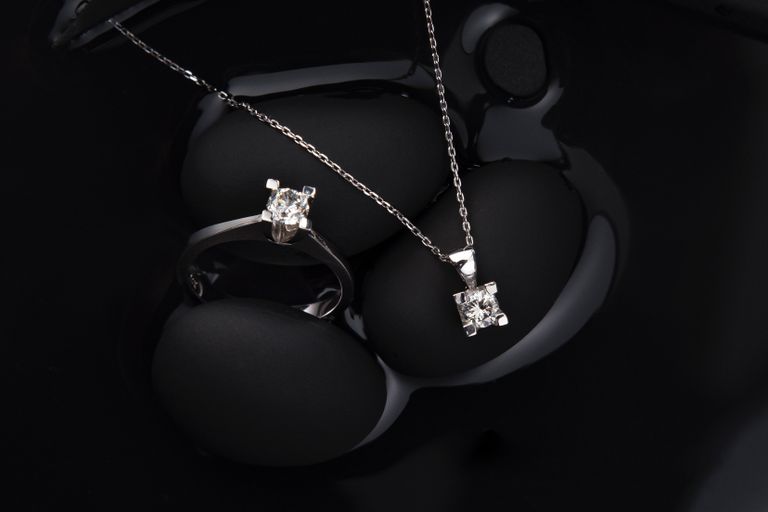 Edward decided to visit a jewelry store to see what he could buy once he had the money. He believed it would be easier for him to work if he had a specific goal to motivate him.

He computed that he’d be making $15 an hour, working 7 hours a day, four times a week. That would give him $10,080 by the time his granddaughter got married in six months.

He noticed a beautiful diamond set in the jewelry store that included a necklace, a bracelet, and earrings. It caught his eye because it was similar to what his wife used to wear. The set cost $5000, and he was glad his paycheck would be able to pay for it.

While he worked at the park, he’d often pass by the jewelry store to see his goal. He was so excited because he knew Cynthia would love it. 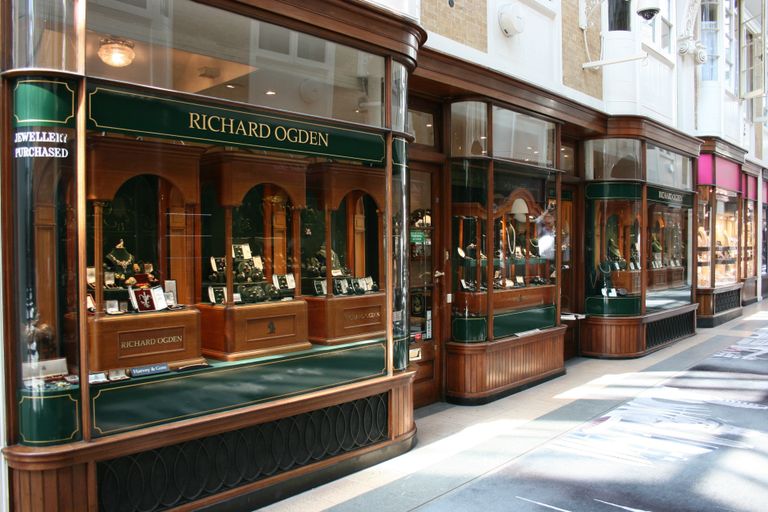 After four months, Edward had enough money to pay for the jewelry set. However, he decided to complete his six-month contract to have more money to spare for his medicines and other bills to pay. He chose not to buy the jewelry set until the very last minute so he could really savor the fruits of his labor.

Just two weeks before the wedding, Edward was sweeping the park floor when his eldest daughter Meryl walked by and saw him. At first, she thought she had imagined it, but she took a step closer and could tell that it was really her father sweeping the grounds.

Her face turned hot in embarrassment, and she couldn’t believe he had decided to work as a janitor. She thought it brought dishonor to their family. She told Cynthia’s mom, Sharon, about what she saw, and they shared the same sentiments.

Together, they assumed that many people had already seen their father at his new job. They found his job shameful, especially since Cynthia was about to marry a man from a wealthy family. 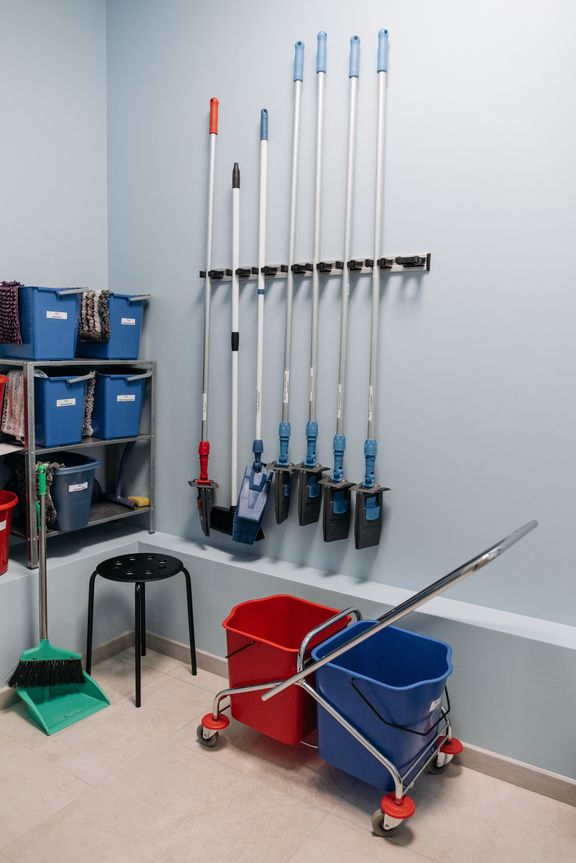 Edward had no idea his children felt this way about him and continued to feel excited about Cynthia’s wedding. On his last day at work, he took his hard-earned money and walked toward the jewelry store.

He purchased the jewelry set along with a nice box as he really wanted to please his granddaughter the following day. He couldn’t sleep well that night, imagining how delighted his granddaughter would be with his gift.

The following day, Edward dressed up in an old suit and tie that he used to wear to work during his corporate days. He made sure his hair was neatly swept to the side and that his shoes were clean and shiny. It was his granddaughter’s big day and he couldn’t wait to see the smile on her face when she gives him his gift.

Box in hand, he left for the church with a huge smile on his face. Unfortunately, he was in for a disappointing surprise.

“You can’t be in there, dad,” his daughter, Sharon, told him outside the church.

“Why not? My granddaughter invited me. What’s the matter? he asked, suddenly feeling heartbroken.

“Dad, how could you have worked as a janitor these past couple of months? Can you imagine how many people have seen you? People here can’t know that Cynthia’s grandfather is a janitor at a local park. That’s going to embarrass our whole family!” Sharon shot back. 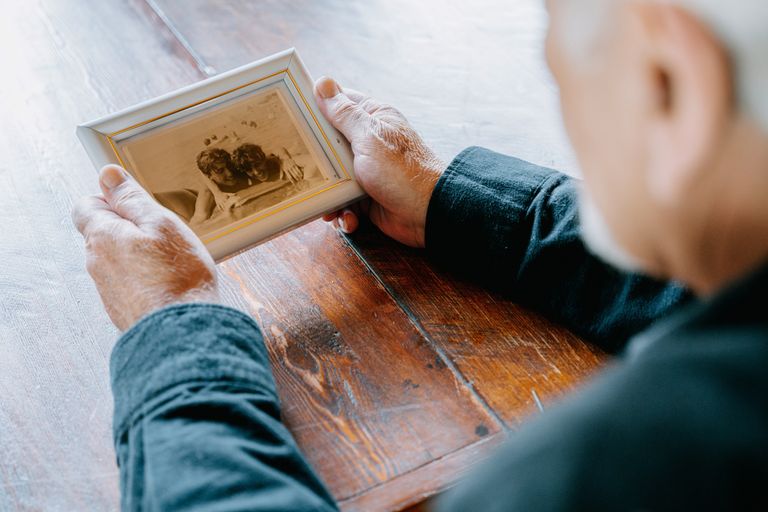 Edward couldn’t help but tear up as he heard this. He never believed his children would turn their backs on him over a job, especially without knowing the reason why he took it in the first place.

“Do you even know why I took the job?” he asked quietly.

Sharon shook her head. “I have no interest in knowing the reason why dad. Please leave before more people see you,” she said sternly.

Defeated, Edward simply handed her the gift box and walked away. He wept as he walked towards the bus stop, as he could not believe his own children could ban him from his own granddaughter’s wedding. He assumed Cynthia had known too, and the thought of it made him feel worse, as he took the job for her in the first place.

When he got home, he took off his suit and sat quietly on his couch. He had been waiting for this day for months, and it broke his heart that he couldn’t even witness his granddaughter’s special day. He continued to cry until he heard the doorbell.

Wiping away his tears, he walked towards the door. He reluctantly opened it, only to see Cynthia and her fiancé. “Grandpa!” Cynthia called out. “How could you not be at my wedding?” she said, rushing towards him to embrace him.

“Cynthia, sweetheart, why are you here? You have a ceremony to attend. Don’t worry about your old man. I’ll be fine,” he said, still with sniffles after crying for the past couple of minutes. 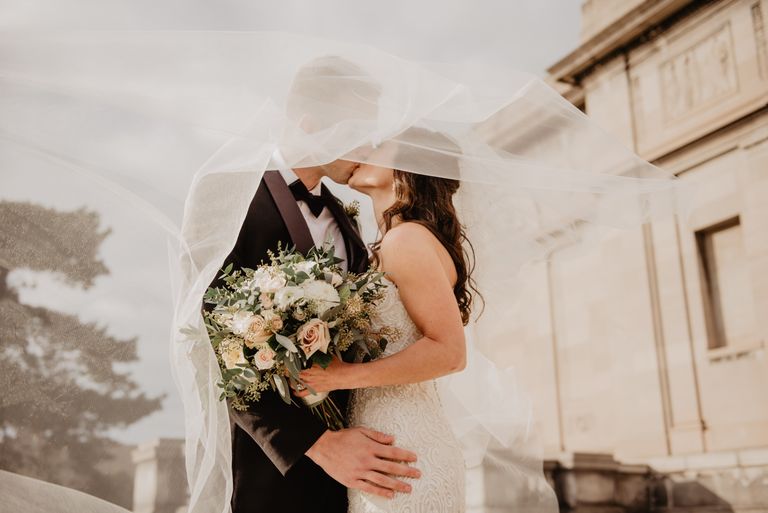 “I looked for you in the crowd, but you weren’t there. I confronted mom about it, but she lied and said you weren’t feeling well. She handed me the gift you gave me, and I was stunned! Grandpa, you must have gone through a lot to get it for me,” Cynthia explained.

“As I was looking at the jewelry, mom blurted out that you worked as a janitor and dishonored our family. I got so mad at her, grandpa. You could never dishonor the family. In fact, this family wouldn’t be here without you!” Cynthia said, holding Edward’s hand.

Edward couldn’t help but cry again, but this time, Cynthia consoled him. “Grandpa, I realized mom and aunt Meryl were being selfish and elitist. I told them I wouldn’t hold the ceremony until you were there, so here we are. Grandpa, I love you, and I am proud of you and all you’ve done in life.”

Cynthia’s fiancé Jackson helped Edward get dressed again for their wedding. Once they were done, they all rode back to the church together, where Edward walked Cynthia down the aisle alongside her father. She was proudly wearing the jewelry Edward had given her.

Blue-collar jobs should not be looked down upon. Edward worked hard for the money he spent on Cynthia’s gift. We should not look down on people with blue-collar jobs, as they allow society to keep working and functioning. They put missing pieces together and ensure everything goes smoothly and neatly in every person’s day-to-day life.

We should always respect our elders. Sharon and Meryl didn’t even try to talk to Edward about why he decided to take on a janitorial role and instead simply thought the worst of him. They showed no respect to their own father, and they didn’t care why he began working again in the first place.