Whoopi Goldberg is a renowned actress who rose to fame for her roles in several critically acclaimed films, such as “Sister Act” and “Ghost.” She is also a prominent face on television, having served as a co-host on the popular daytime talk show, “The View.”

The essential things in Whoopi Goldberg’s life are her roles as a mother, grandmother, and even great-grandmother. Her career in Hollywood has brought her a lot of success, but her family is her crowning achievement.

Goldberg, now 67, does not attempt to conceal her age, nor does she appear bothered by the fact that it keeps getting brought up. Even though some people have opinions about her age and appearance, it hasn’t stopped her from spreading joy and laughter. 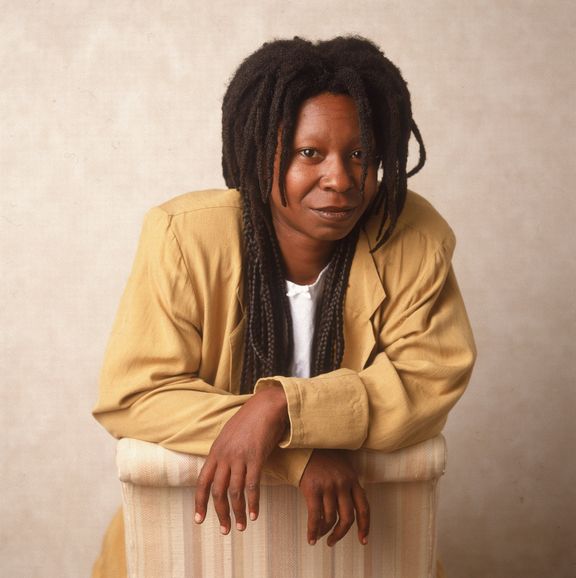 Goldberg is no stranger to criticism. At the beginning of her career, she faced some from people who judged her based on her appearance, particularly her hair.

Previous producers, she claimed, would pick at her hair and harshly inquire about what they could do with it. As a result of her irritation, she would snatch away one of their hands and demand to know why they kept playing with her hair. 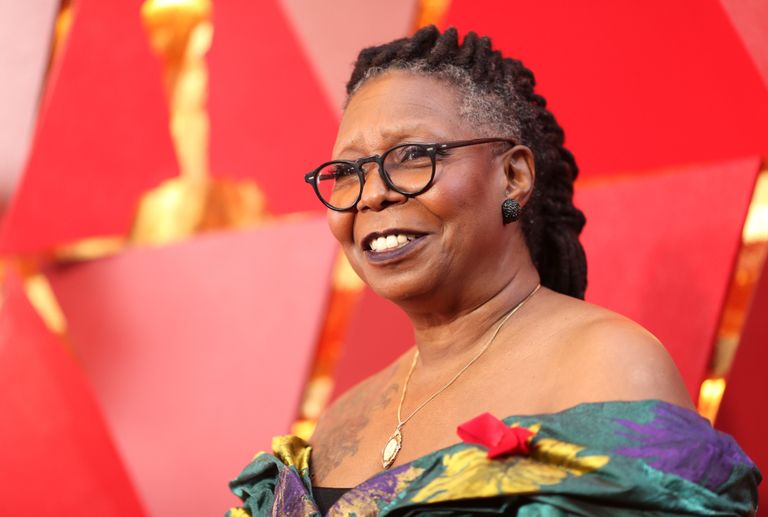 Goldberg quickly realized that her actions had upset others, causing her unhappiness, even though she had only defended herself against being judged.

She was lucky to have someone to guide her through difficult times. She said she often admired and sought advice from the late actor Sidney Poitier, one of the few African Americans to succeed in Hollywood during the 1960s.

Committed to Family over Marriages
Goldberg is a devoted parent, grandmother, and great-grandmother, in addition to having an extensive and successful career in the entertainment industry spanning multiple decades.

She had been married three times. She first tied the knot with her first husband, Alvin Martin, in 1973 and welcomed a daughter with him. Despite lasting six years, this marriage was Goldberg’s longest.

After their separation, she married David Claessen in 1986. However, this marriage did not last long. She then married Lyle Trachtenberg from 1994 to 1995, a union that also ended quickly.

Goldberg admitted that, although she was married to multiple people, she never actually loved any of her husbands and only married them because she thought it would give her a “much normal” life.

Goldberg revealed that she is more committed to her family. She believes that being in love and having a solid commitment to your partner is crucial for a successful marriage, but she realized this too late with her past husbands.

But she has learned that a successful marriage requires a real commitment to one’s partner and a willingness to work through problems together. She added:

“There’s not a good reason to get married. You have to actually want a life with someone through ups and downs. And I — I just discovered that wasn’t for me.”

Although marriage may not have worked out for her, the influential actress remains a strong and independent woman who has made a significant impact on the world.

Finding Joy and Humor amid Criticisms
Goldberg stands firm in the face of negativity and celebrates the beauty of growing older. She wears her 67 years like a badge of honor, refusing to let online criticism bring her down.

Goldberg accepts the passing of time with grace, but she doesn’t hesitate to share her wit and wisdom about the joys and challenges of getting older. In a YouTube video, she poked fun at herself for being a “Lil’ old lady.”

As she admitted, one of the clear signs that she is growing older is that she had “swollen feet.” Despite her age, she manages to look after her dogs and cats at home and her great-grandchildren.

The seasoned actress also opened up about her graying hair on an episode of “The View.” She shared with her co-hosts that her hair isn’t just mainly black anymore but has a few strands of gray mixed in.

Instead of concealing the gray hairs, she embraces them and doesn’t mind letting them grow. Her graying hair seemed not to be visible because she often pushes her hair up, according to her.

Goldberg’s fashion style has improved over time, and it has helped her to age gracefully without being scrutinized by the public, something that many other actors in Hollywood do not have the luxury of experiencing. She admitted:

“I didn’t have the same problems a beautiful actress has. I don’t have to worry about it. My stuff’s going to sag and fall and I will be fine. My chest is gonna do what it does. I can age the way I age.”

Goldberg and her co-author M.E. Hecht have recently released a self-help book, “Two Old Broads,” a humorous take on the experience of aging. The book encourages readers to embrace their age, be unapologetic, and stay confident about themselves.

According to Goldberg, the book also celebrates the idea that older individuals can and should have a fulfilling and active sex life, despite societal stigmas.

The book’s message, she added, is also for anyone tired of being told what they should be and encourages readers to have fun and embrace all aspects of life. 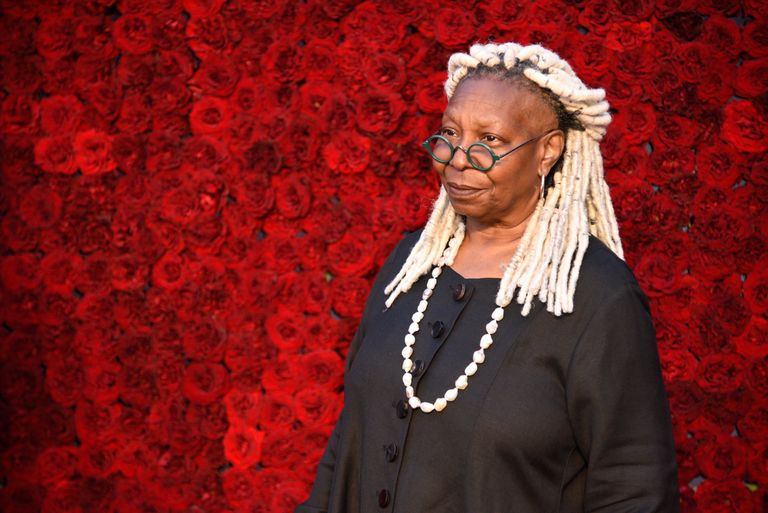 Goldberg is content with aging and pleased with where she is. However, not everyone shares her positive outlook, particularly social media users.

This was demonstrated by the comments made by other users on an Instagram video she posted in June 2022 about an event in New York called the Italy Run. A netizen pointed out how “old” she looked.

In the video, Goldberg wore a white button-down shirt while standing in front of a tree and holding her mobile phone. Unfortunately, more netizens made unpleasant remarks about the actress’s appearance.

One Instagram user sarcastically commented she should retire from her career. The remark was then echoed by another user who described Goldberg as a “dumb witch.”

Some users also criticized another one of Goldberg’s Instagram photos. In this one photo uploaded in December 2020, Goldberg was pictured showing off her white hair as she posed in a long dress.

She stood in front of the dried-up trees, holding a wooden staff in her right hand. Another disappointed user made an unfavorable remark.

Despite receiving negative comments, Goldberg appeared unbothered by them. While she has not responded to any naysayers, some fans have praised the Hollywood A-lister for just being herself.

She simply stated in the caption that the photo was taken for the television series, “The Stand,” in which she was a cast member. She praised the incredible hairstyle the crew had given her.

Despite her life and career challenges, Goldberg has remained a positive and influential force in the entertainment industry and beyond.

The acclaimed entertainer is a shining example of resilience, determination, and the power of finding joy and laughter in the face of adversity.