Orphaned Grocery Worker Finds Envelope Full of Money in Shopping Cart, Sees Dad’s Name on It – Story of the Day

When an orphaned shopping cart attendant found an envelope stashed with life-changing money in a random cart, he did not anticipate it was from his father, who he thought was dead.

Life sometimes presents surprises to unsuspecting people when they least expect it. Mark was one such recipient of a random jackpot, but it came with another unbelievable discovery about his father, who he assumed was dead.

The 17-year-old shuttled between his job as a part-time shopping cart attendant and his studies. He was poor and was prepared for a long road of struggles ahead. But one day, a miracle turned his life upside down.

Mark was at the parking lot collecting the shopping carts customers left there and found a mysterious envelope in one of them. It was bulky, and it drew his attention right away… 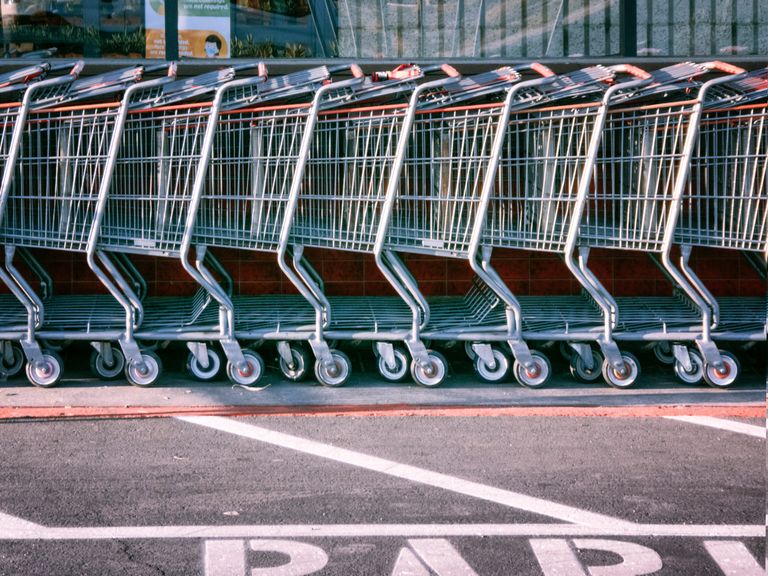 Curious, Mark flipped the envelope and was speechless for a few seconds when he read what was written on it: ‘From Luke to my dear son Mark.’ He looked inside the envelope and found a bundle of money.

The last time Mark saw his father, Luke, was 14 years ago, so he assumed he had deserted him or was dead. Now staring at the envelope with the money, Mark had many questions.

“Did my dad really come here for me? Is he alive? Why didn’t he talk to me if he had come for me? Where did he get all that money? Is this real, or am I missing something?”

Mark had nobody else to call family, and his only good friend who kept him company was a dirty homeless man named Joe.

Money is not everything. All children need to grow into responsible adults is their parents’ love and care, not money.

He hurried to Joe to share the news, unaware he would discover something else altogether. 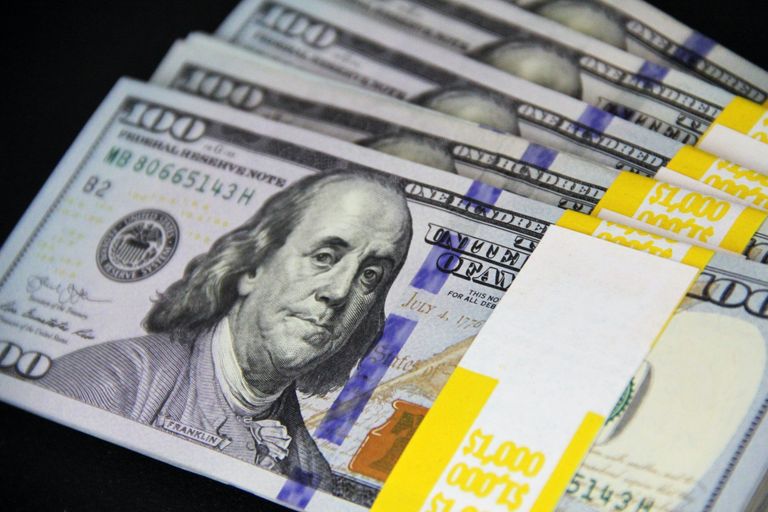 “Joe, look what I found!” He ran to the man and showed him the envelope.

“Who gave that to you? And what’s inside?” Joe grinned.

“There’s around $40,000 in this, Joe! Says it’s from my father, who abandoned me when I was three. I thought he was dead. But I think he wants to compensate for the heartbreak he gave me.”

“From your father? Don’t you remember him?”

Tears rose from Mark’s eyes. He sat down near Joe and recalled his past.

“When I was born, my mom dumped my dad and me. She didn’t want us. Luke raised me until I turned three. Then he left me in a shelter. He promised he would return as soon as he made a lot of money to improve my life. But he never kept his word and never came to see me after that.”

Joe remained speechless, tears streaming down his eyes, flowing through his scruffy beard.

“I think the only good thing my dad has done has ever done to me is giving me this money. I badly need this to pay for my tuition. Hey, Joe, I was wondering if we could split it. What do you think?”

Mark was excited about sharing the money with his old friend. But for some reason, Joe refused and tried to flee. 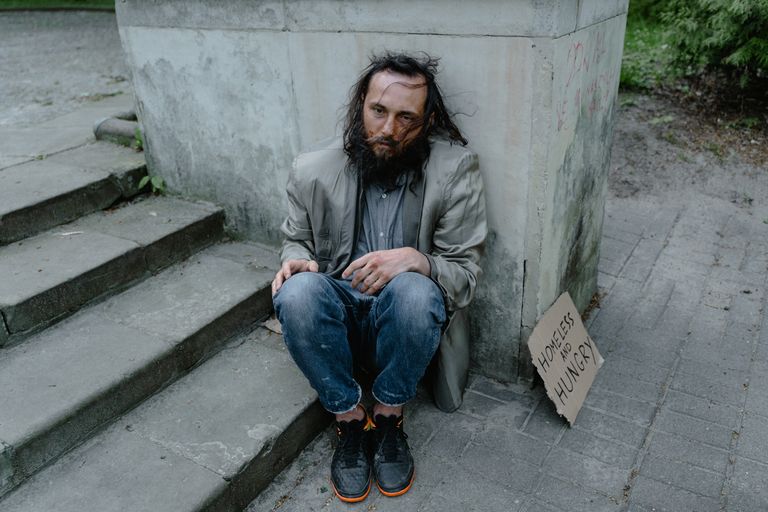 “Look, son, I don’t want a penny from you. It’s your money, and your dad gave it to you. You should have it,” Joe said.

But Mark was determined. He took a random wad of cash and stuffed it into Joe’s coat pocket. “I’m not leaving you empty-handed. Here, take this…and this…”

Just as Mark put the money inside Joe’s pocket, a crumbled envelope fell out of the pocket.

Mark stared at Joe, looking for answers through his teary eyes and shabby beard. 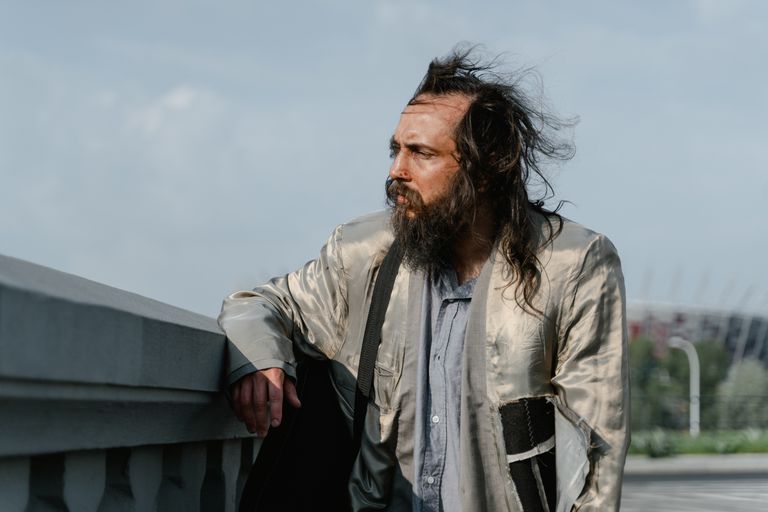 The boy was startled and almost collapsed on the concrete. He held the man and shook him. “What are you saying? You said your name is Joe. How do you know my father’s name? And you cannot be my dad. He deserted me and never came back. I don’t even know if he’s alive or dead.”

Joe slid his hand into his pocket and took out a wallet with an old photograph of him with Mark when he was little.

“This is the only memory I have of you,” he cried.

Mark could not believe his eyes. 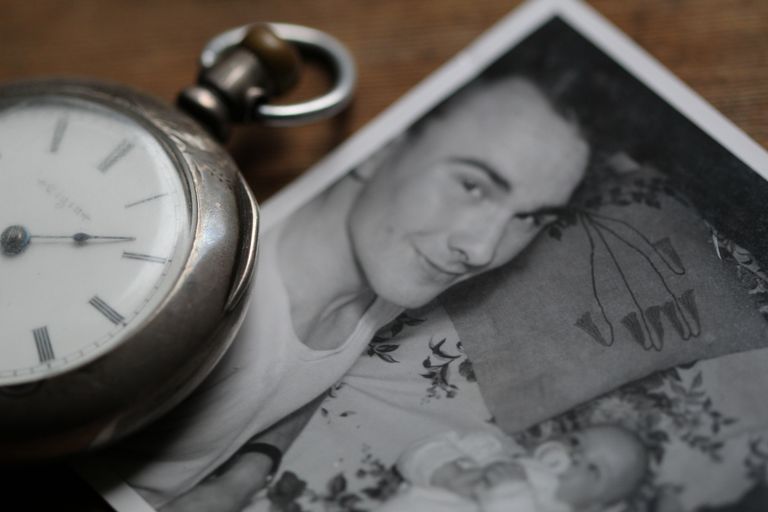 “DAD?! Why did you leave me and never returned? Why didn’t you come back for me?” he cried.

“I promised to improve your life, but I struggled to earn well. I lost my job and became homeless. I came back for you once, but I saw you were doing fine in the shelter. I didn’t want to drag you to the streets with me.”

Although Joe was homeless, he did several odd jobs and slept wherever he found a spot. He lived close to his son and watched him grow up from a distance.

“Over the last fourteen years, all I did was try to save the money I would earn so I could give it to you when the time came. That’s all the money I saved. I realized it was time to fulfill my promise, so I gave you the money. But I felt guilty and wouldn’t dare face you like this. I could not resist your friendship, so I chose to hide my real identity from you.”

Mark was moved to tears. He forgave his dad and realized that he had already sacrificed significantly to make up for his guilt and broken promise.

“Dad, money isn’t everything. All I needed was your love and care, not your money. My life could have been much better if you had raised me all these years. But I’m glad you’re back. Let’s go home!”

Following their reunion, Mark and Luke walked home together, chatting about their good and bad times during the years they were apart. 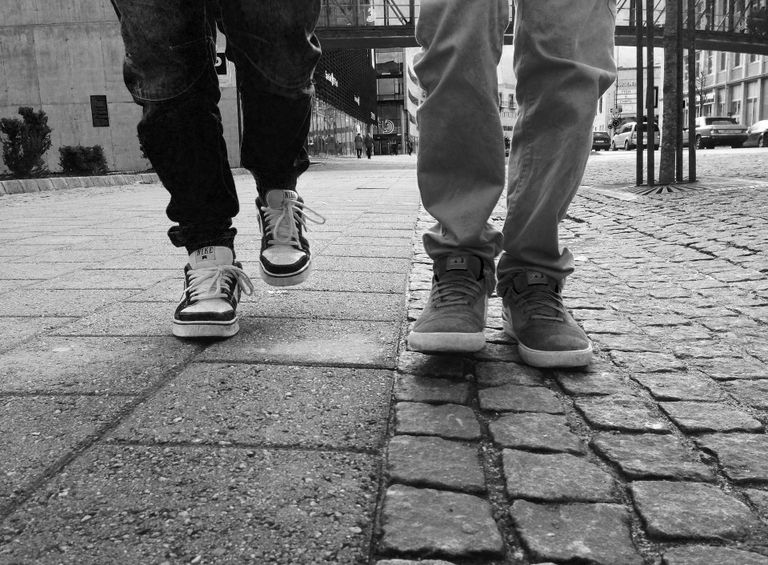 When somebody wrongs you and genuinely regrets it, forgive them. Mark grew up in a shelter and resented his dad for abandoning him there. Later, he forgave his father after learning he had stayed away to earn a lot of money to pass on to him.

Money is not everything. Luke had promised his son that he would return for him after earning a lot of money. But he sacrificed 14 years they could have spent together in his quest to fulfill that promise. Though he managed to save $40,000, he lost a significant part of his life watching his son grow up.