Parents Abandon Son with Down Syndrome, Learn He Runs His Own Business at 17 — Story of the Day

When James finds a young baby, Paul, abandoned on the street, he doesn’t hesitate to take him in when his parents don’t return for him. Years later, Paul’s parents return to see their estranged son doing far better than they could have imagined.

James was known as a caring man. He taught economics at a local school and was loved by all his students. He and his wife, Harriet, ran a community center in a nearby church and gave as much as possible to help charities and soup kitchens.

“If there’s any way we can help, we will,” James would always say. They had two sons, Michael and Frank, who were already in college. The family were devout Christians and attended church every single Sunday. 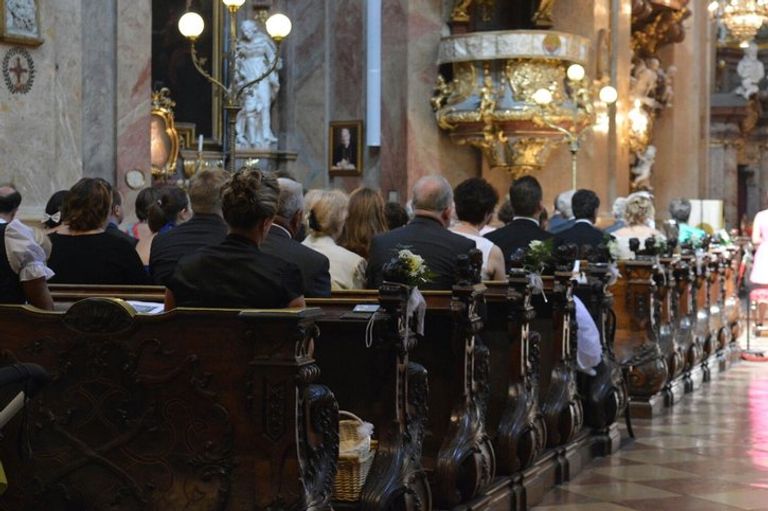 One day, on the way back from teaching at school, James notices a lone stroller on the side of the street and has a strange feeling. Following his gut, he decides to stop his car to investigate. He is stunned to find a young baby boy with Down Syndrome in the stroller.

James waited with the boy, hoping that his parents would come around to pick him up, but nobody came for the boy. James rechecked his stroller and noticed that the boy’s documents were tucked inside one of the pockets. His name was Paul. James called the police to report the situation, and they told him to come down to the station.

“We haven’t had any reports of missing children fitting this boy’s description. We can take him to the children’s shelter or figure something out,” the officer told James.

James looked at Paul and didn’t want him to be left alone. He had a soft spot for children and hoped that Harriet wouldn’t have a problem with him bringing Paul home. 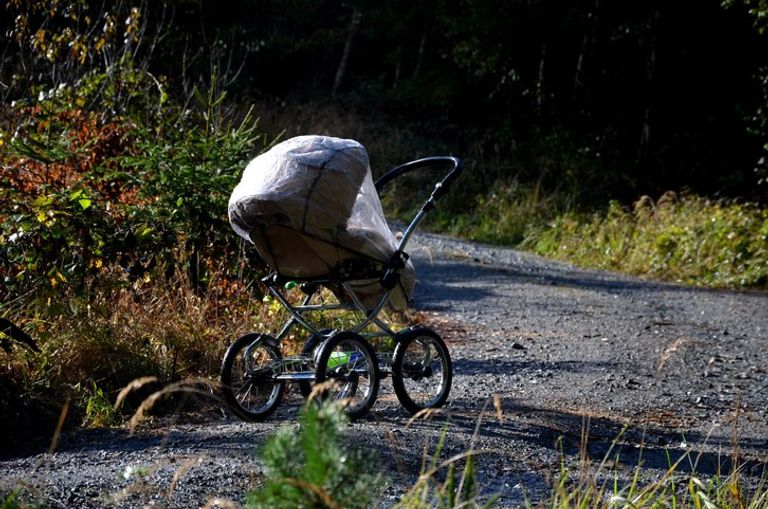 “He was left all alone. I didn’t know what to do. Do you think we could take care of him for a bit?” James asked Harriet when he arrived back home. “You know what we always say. We’ll do whatever we can,” Harriet replied. That night, a private jet flew out of town.

On the plane were a young, wealthy couple, Gabriel and Daniella. They were both clearly distressed, and Daniella stared out of the plane window. “I just don’t know, Gabriel. Are you sure we did the right thing? I mean, where did you leave him?” Daniella asked.

“No surveillance camera saw me,” Gabriel replied. “You know that’s not what I meant,” Daniella responded.

“Listen, do you know how much attention a baby with Down Syndrome needs? We’re both young. We have our whole lives ahead of us. We both have careers to think about. That’s a nice Christian community down there. I’m sure someone will take him in. This is for the best,” Gabriel said.

Gabriel was a 25-year-old man with a successful business that required him to travel. He was known to be a cold, shrewd businessman who only cared about his legacy. He treated Daniella as a trophy wife and made every decision for them. 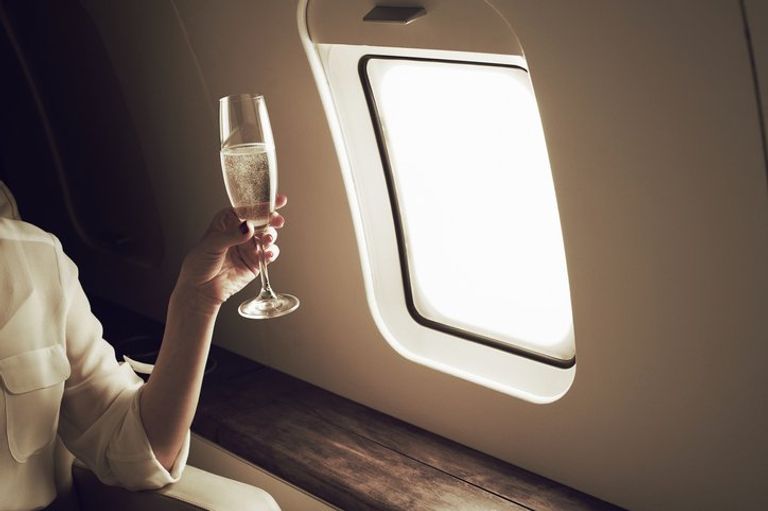 Within the next few months, James and Harriet decide to adopt Paul. They couldn’t bring themselves to leave him in a foster home and made a pact to raise him in a way where he won’t think of himself as disabled but rather as differently abled.

Even though James and Harriet thought they were done with kids once their first two sons had gone to college, they were happy to raise Paul and give him the attention he needed.

“Always keep your head up no matter what, alright? Don’t let any kids tease you or make you feel bad. You can be the best of us all if you want to be,” James told Paul.

They encouraged him to participate in as many activities as possible. Paul’s fine motor skills developed at a rate that surprised doctors. Also, Paul’s social skills weren’t hampered by his Down Syndrome. He is loved and respected in his community. Paul was particularly interested in market days at his school.

He would sell homemade desserts like muffins and cakes, but his biggest hit was his homemade ice cream. Much to James’ and Harriet’s surprise, the neighborhood became obsessed with Paul’s ice cream and even requested that he make extra batches when there weren’t market days. 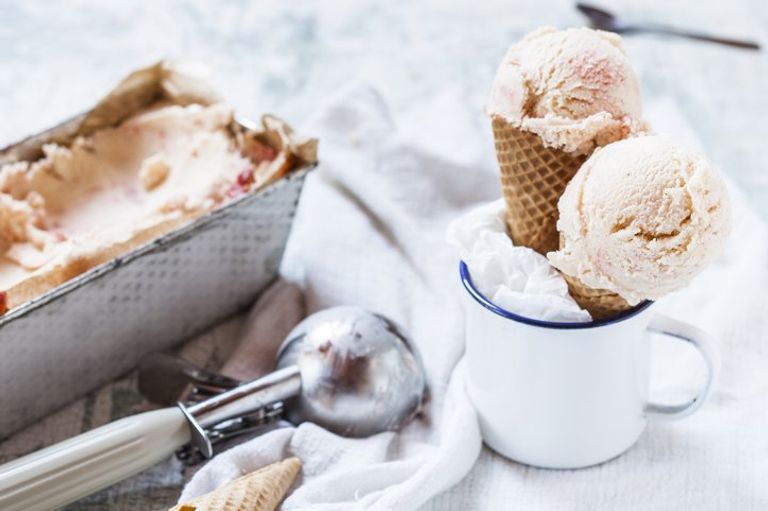 “One of these days, I’m gonna have to start driving an ice cream truck around the town,” Paul joked. This gave James an idea. What if he actually did, he thought. James mentioned the idea to his two older sons when they returned from college for the holidays.

“Look, Michael, Frank… You gotta try Paul’s ice cream. I mean, this kid is an ice cream wizard. He was joking about buying an ice cream truck, but he would make a killing next summer if he tried,” James said.

“There’s this one guy at college. His dad owns a car refurbishment company. Maybe if we get an old ice cream truck, we can get it redone and a new paint job. Who knows? The kid could sell his ice cream in the summer,” Michael responded.

The three hatched a secret to get Paul an ice cream truck for his 16th birthday, just before the summer holidays. Paul’s ice cream continued to be the town’s best-kept secret for the whole year until May. James made Paul close his eyes on his birthday and walk outside with him. “No peaking,” he said.

James told him to open his eyes when Paul got outside the door. To Paul’s shock, Michael and Frank were standing in front of a shiny red and white truck with the words “Ice Cream For Sale” written across the side. 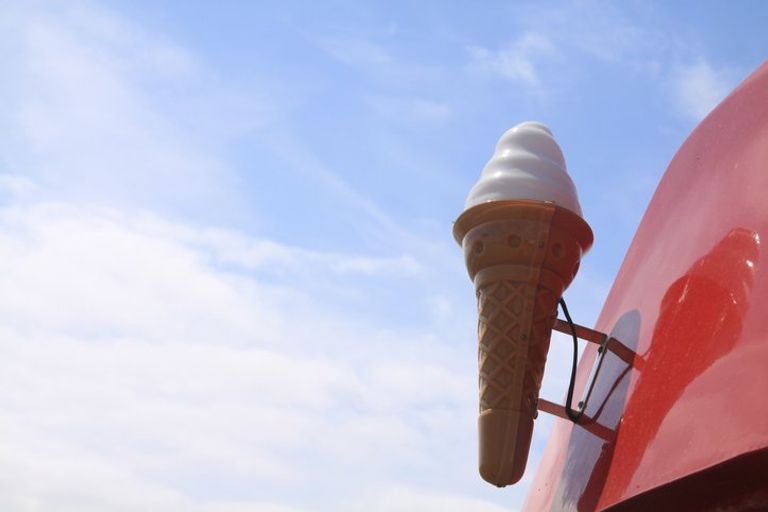 “But, but… I can’t even drive yet,” Paul said in disbelief. “Someone has gotta serve the ice cream, kid,” Frank replied. Paul hugged James before running to hug his older brothers. Paul investigated the truck as his excitement grew. They fitted the back with everything Paul would need to sell ice cream.

“Well, that settles it then. Paul’s ice cream is gonna be for sale all summer!” James exclaimed. Every day, Paul made fresh batches of ice cream in seven flavors.

James, Michael, and Frank took turns driving the truck around town while Paul sold from the side window. Business immediately boomed, and Paul needed to make bigger and bigger batches to meet the demand. He had never been happier and thanked his adoptive family daily for being so supportive.

Meanwhile, Gabriel and Daniella were driving through town. It was the first time they had returned since they abandoned Paul 16 years ago. Times had gotten tough for the couple, despite their wealth.

The previous year, they had taken a trip to a ski resort when Gabriel took a nasty fall. He was left paralyzed from the waist down. He was left confined to a wheelchair. 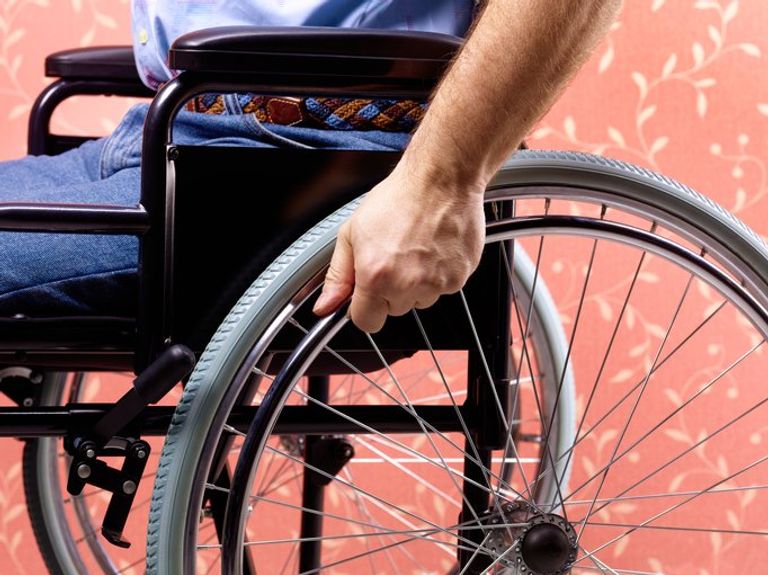 “You know, I’ve been having these vivid dreams about Paul for a while now. I know it’s been ages, but I still think about him all the time. Do you remember that he used to have that heart-shaped mole on his cheek? I wonder how he’s doing now,” Daniella said.

“Is that why you brought us back here?” Gabriel mumbled. Daniella stared out of the window and didn’t reply. They decided to stop for ice cream as it was one of the year’s hottest days. They found a bright red and white ice cream truck in the middle of town and pulled over.

“One pink and one green coming right up,” Paul replied.

As Daniella looked up, she couldn’t believe her eyes. Daniella noticed a heart-shaped mole on his cheek as Paul scooped their ice cream into cones. 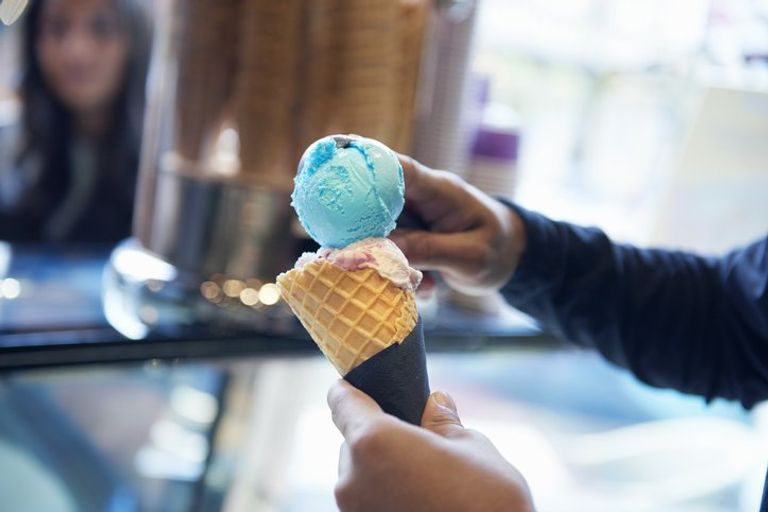 Paul, none the wiser, hands her both ice creams and said, “Don’t get brain freeze. Have a nice day.” As Daniella pushed Gabriel away, her voice quivered as she said, “Gabriel, that was him. That was Paul. He had the same mole on his cheek. We should say something. We should tell him.”

Gabriel let out a surprised cough before replying, “No way. What would we say? What if he’s happier without us? What if he asks why we abandoned him? We’d be doing more harm than good.”

“Give me your wallet, now!” Daniella demanded. Gabriel handed his wallet to his wife with a confused look.

“Wow, thanks, lady. They’ll really appreciate that,” Paul replied with a confused look.

Realizing that the money would cover all his batches for the day, Paul continued to yell, “One time only, free ice cream. It’s on the house, or should we say truck! Get it while it’s cold, ladies and gentlemen!” 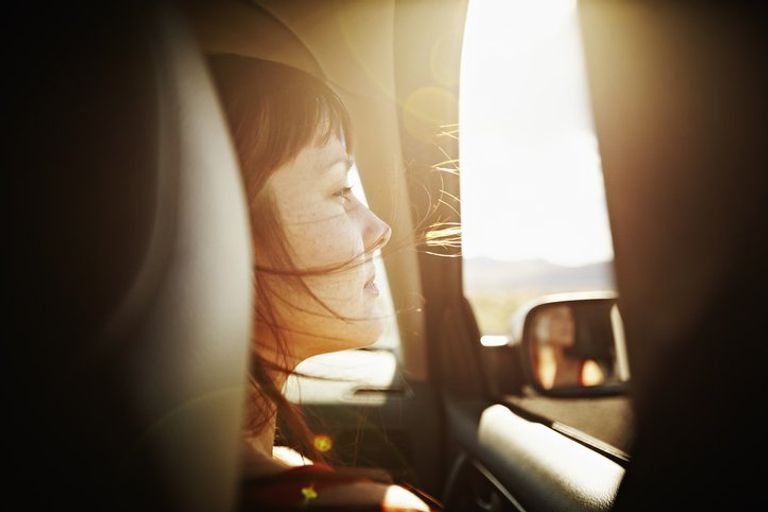 Daniella and Gabriel checked into a local hotel and continued to argue all evening. Eventually, Daniella convinced Gabriel that they should say something to Paul, or they’d regret it for the rest of their lives.

The following day, they track down Paul’s ice cream truck and reveal the truth.

“When you were a baby, we left you in this town. We’ve been ashamed ever since, and we’ve thought about you all the time. We’re so sorry that we did that to you and left you for dead. We hope you don’t hate us. We’re so happy to see you thriving,” Daniella told Paul. 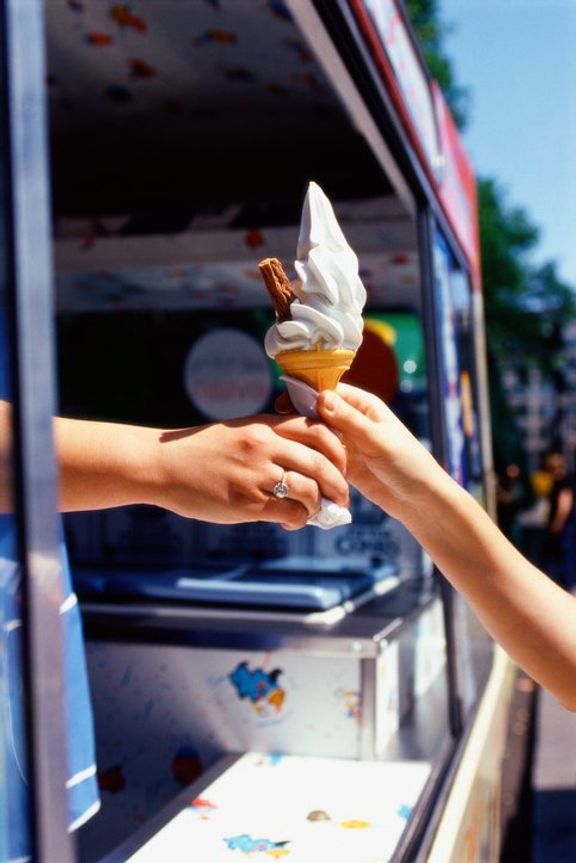 “The Lord works in mysterious ways. So maybe I oughta thank you. Thank you for helping me to find a loving dad, a loving mom, and two loving brothers. I’m really happy. You guys look really fancy, and maybe you could’ve given me all the money in the world. But really, I just wanna make some good ice cream and hang out with my family,” the teenager smiled slightly.

“I hope to see y’all around, but you’ll need to buy one strawberry and one mint chocolate chip. Price of admission,” Paul shrugged, looking at the teary-eyed couple.

Since then, Daniella and Gabriel have paid Paul visits from time to time and bought ice cream from him. Paul would eventually become a successful businessman with his own brand of ice cream. Still, he never left his hometown and preferred spending time with his adoptive family.

Life is what you make of it. Just because someone is different, doesn’t mean they can’t be great. Daniella and Gabriel abandoned Paul just because of his Down Syndrome, but he turned out to be an incredible young man.
People will repay your kindness. Thanks to James and Harriet’s belief, Paul made a success out of himself, but was always humble and showed them gratitude for their warmth.